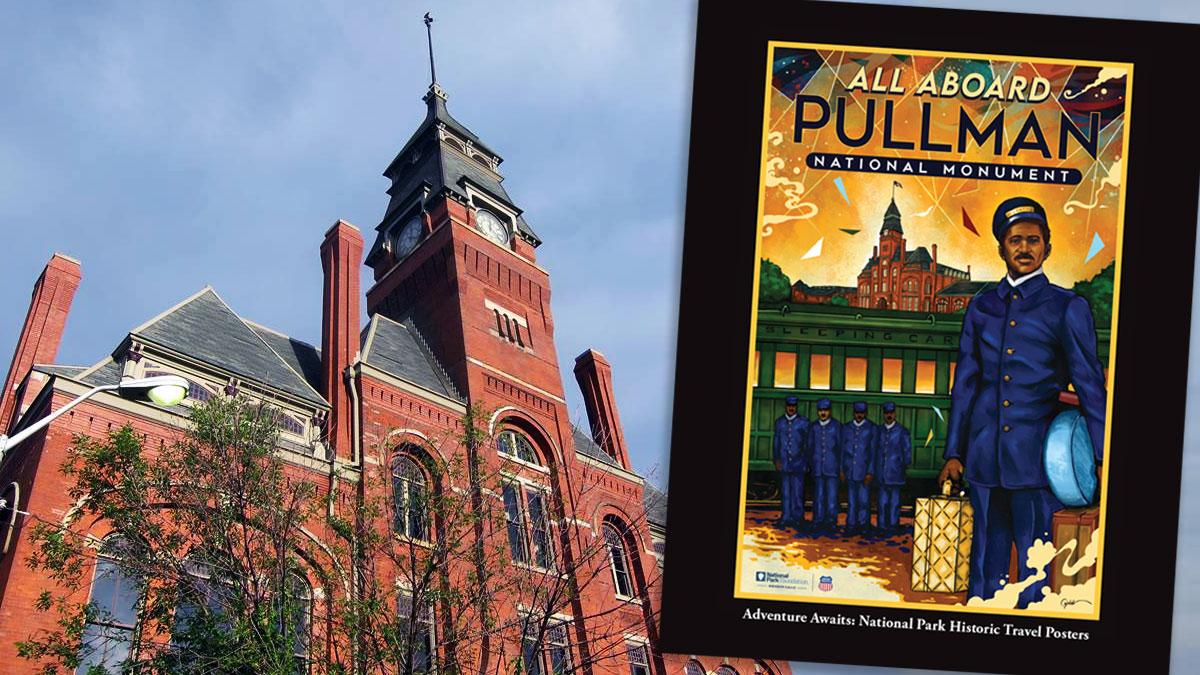 The weekend celebration on Sept. 4 and 5 will feature tours, interpretive programming and a host of events and activities organized by a variety of partners throughout the Pullman neighborhood that will explore the opportunities and the struggles experienced by the Pullman Porters and the founding of the first Black union charter.

In addition, Union Pacific’s Black Employee Network – the company’s first Employee Resource Group – is co-hosting a booth where children can color a vintage-style Pullman poster. The poster is part of a larger coloring book produced by Union Pacific that honors the national parks and the railroad’s role in providing early access to these national treasures.

The newly created Pullman poster is the product of a collaborative project between Union Pacific and the National Park Foundation, which commissioned a Chicago artist to reimagine a version of the iconic Union Pacific travel posters used by ticket agents to sell trips to national parks in the 1900s.

The artist, Joe Nelson, said he wanted to honor the resilience and the strength of Pullman porters in his artwork.

“It's important to depict the Pullman porters as the powerful, resilient individuals that they were. They were so instrumental in creating a black middle-class. They were also instrumental in kicking off the civil rights movement,” Nelson said in an earlier interview with the National Park Foundation.