Union Pacific exists to build America. Our positive economic impact isn't just a by product of our business, it's central to our vision and purpose.

Our railroad connects communities and resources, generating opportunity and supporting growth in the 23 states where we operate and across the country. We create economic value not only through returns generated for shareholders, but also employment for roughly 42,000 employees, the business we give suppliers, and every business opportunity, commercial relationship and innovative idea our network makes possible.

Union Pacific's capital investments create economic opportunity through employment and supply chain activity. They also represent investments in building a sustainable rail network that can support economic growth for generations to come. For example, freight moving in Texas is projected to nearly double, from 2.2 billion tons to more than 4 billion tons by 20451. A state advisory committee warned such an extreme increase could worsen an already congested highway system, and alternative modes – such as rail – will be more important than ever for the state to remain economically competitive. Union Pacific is ready to handle increased volume. We've invested $5.4 billion in Texas since 2009, and in January 2018, we announced plans to build a $550 million rail yard – the largest capital investment in a single facility in our 155-year history. Brazos Yard will function as a classification yard where rail cars are separated and sorted by destination before being assembled into new trains headed across the country. The facility will sit at the convergence of seven Union Pacific rail lines, making it a strategic point for freight rail traffic traveling north, south, east and west. These investments are proof of our commitment to meeting the demands of the state, residents and businesses.

The more we invest in building a safe and efficient railroad today, the more our infrastructure can support communities going forward. The chart on this page shows the level of infrastructure capital investments Union Pacific made in 2017.

This advanced system of technologies is designed to automatically stop a train before certain accidents occur, such as train-to-train collisions and incidents caused by excessive speed or unauthorized movements.

Business Over the Border

If combined, the 10 states touching the United States/Mexico border – California, Arizona, New Mexico and Texas in the U.S., and Baja California, Sonora, Chihuahua, Coahuila, Nuevo Leon and Tamaulipas in Mexico – would form the fourth largest economy in the world 2. Union Pacific is the only railroad with access to all six major gateways.

Roughly 11 percent of our 2017 volume originated or terminated in Mexico – about 52 percent in imports and 48 percent in exports. DISELO, a multimodal transloading facility in Tizayuca, Hildago, Mexico, is the perfect example of the two nations' trade relationship. The U.S. imports raw materials, which are transformed into plastic pellets and sent back to Mexico where products are manufactured.

In this increasingly competitive environment, it's critical for the United States to strengthen its most important trade partnerships. However, we believe the North American Free Trade Agreement (NAFTA) requires modernization. For example, strengthened provisions should be incorporated to address the environment and labor, as well as e-commerce and cross-border data flows – concepts that didn't exist when NAFTA was originally written. 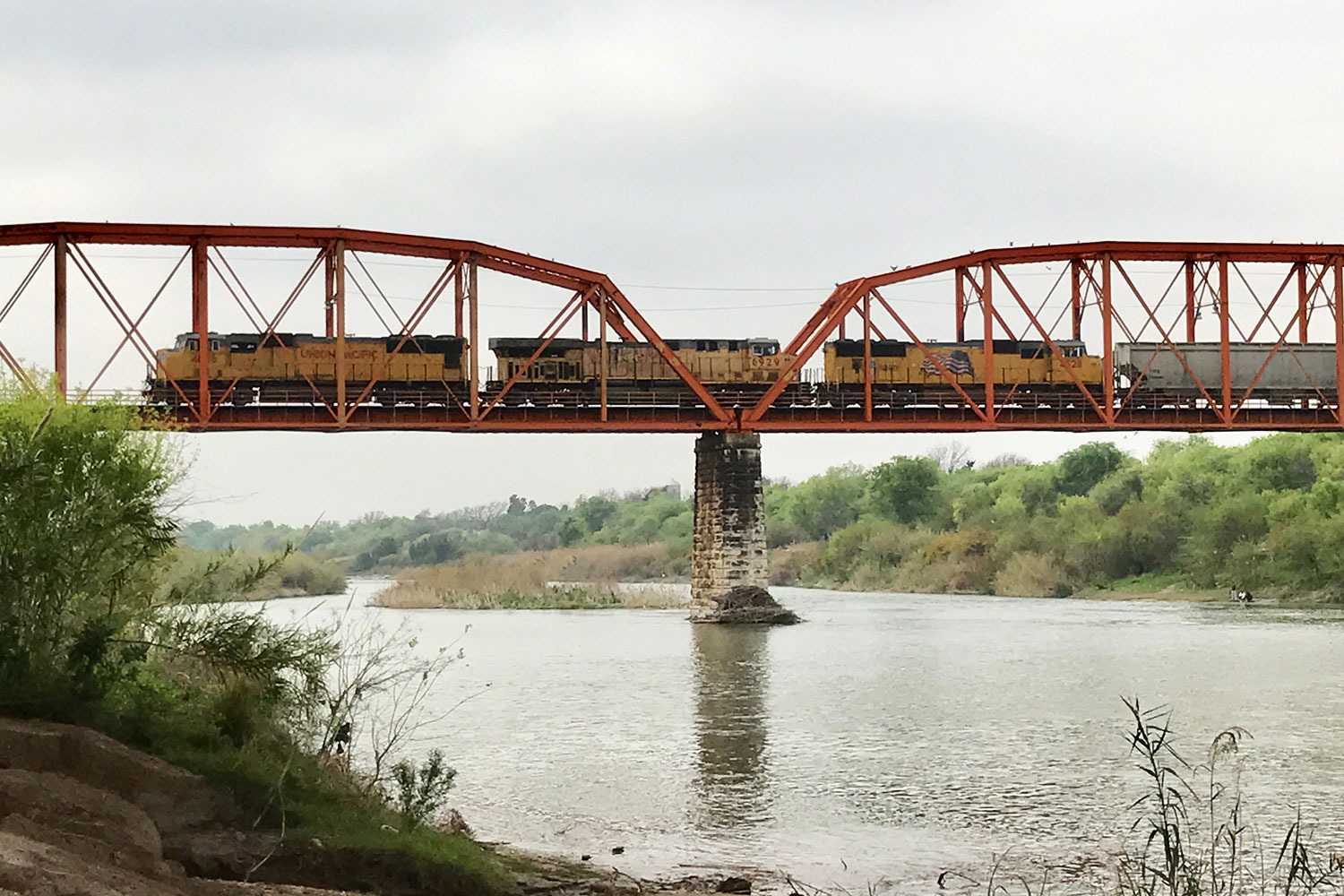 A Union Pacific train crosses the Rio Grande before entering the U.S. at Eagle Pass, Texas. 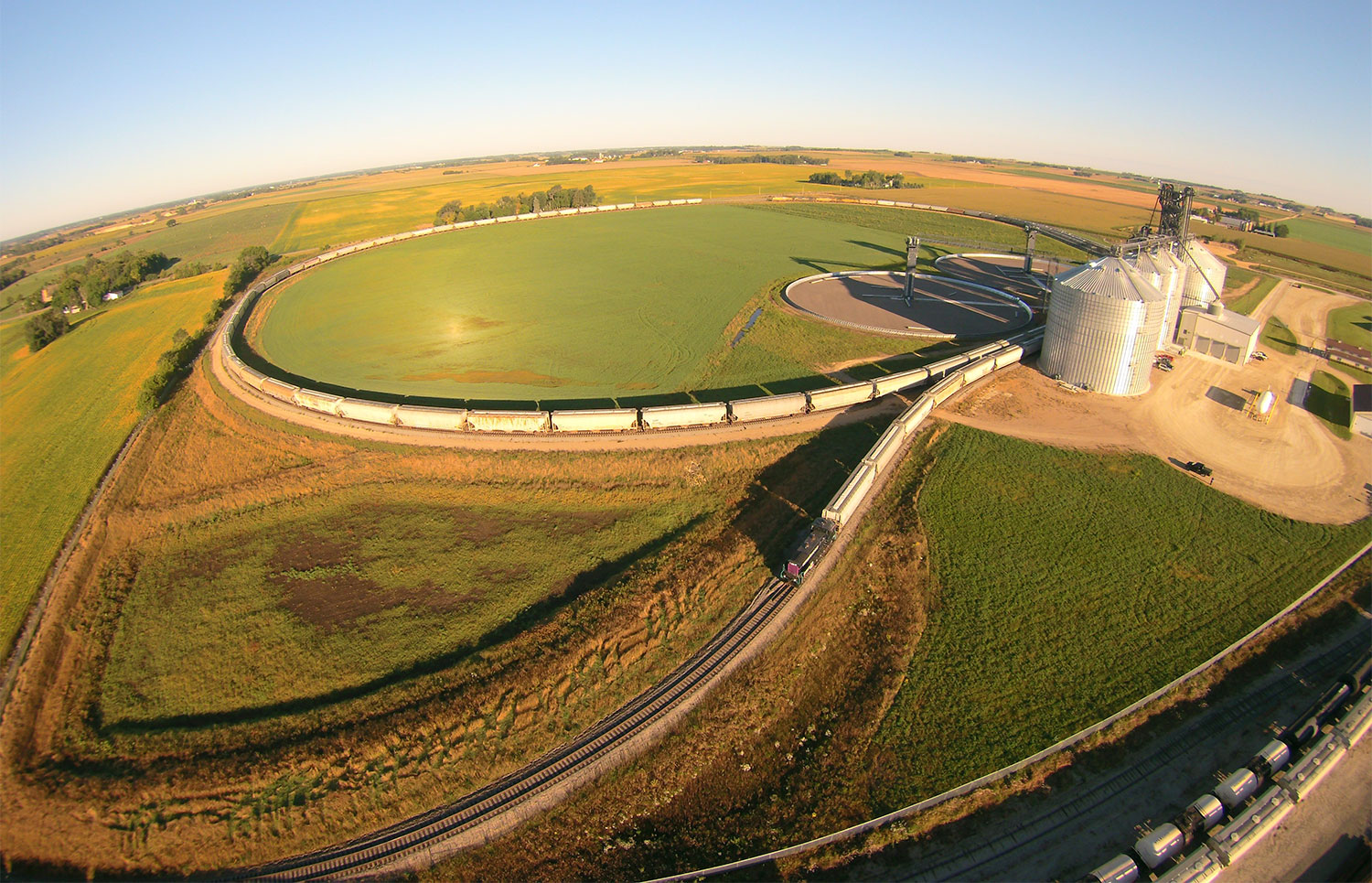 Productive, innovative relationships like the one we have with Progressive Rail’s Randolph, Minnesota, customer facility are one way we’re creating new success stories.

Short lines, connecting to Class 1 railroads coast to coast, play an important role in Union Pacific's franchise. One-quarter of our business originates or terminates on one of the 200 short lines directly connected to our main lines. We're taking a closer look at how we can best use these relationships to extend network opportunities. For example, Progressive Rail, a Minnesota-based company operating several short lines, invested millions in infrastructure – such as new sidings and switches – to accommodate substantial growth, especially in frac sand. The company's owner and president called Union Pacific a "listening machine" when it comes to collaborating and finding innovative solutions to handle increased volume.

Delivering fresh food to America's kitchen tables requires quick, reliable service. In 2017, we acquired Railex LLC's refrigerated and cold storage distribution assets in Delano, California; Wallula, Washington; and Rotterdam, New York. Their integration into Union Pacific's broader Food Network allows us to offer customers access to more food shippers than any other railroad, a wider range of capacity and complete service solutions in a rail-centric cold chain. Smoother transit times and less handling better protects fresh fruits and vegetables as they make their way from the West Coast to key markets in Chicago and the Northeast in as little as seven days. 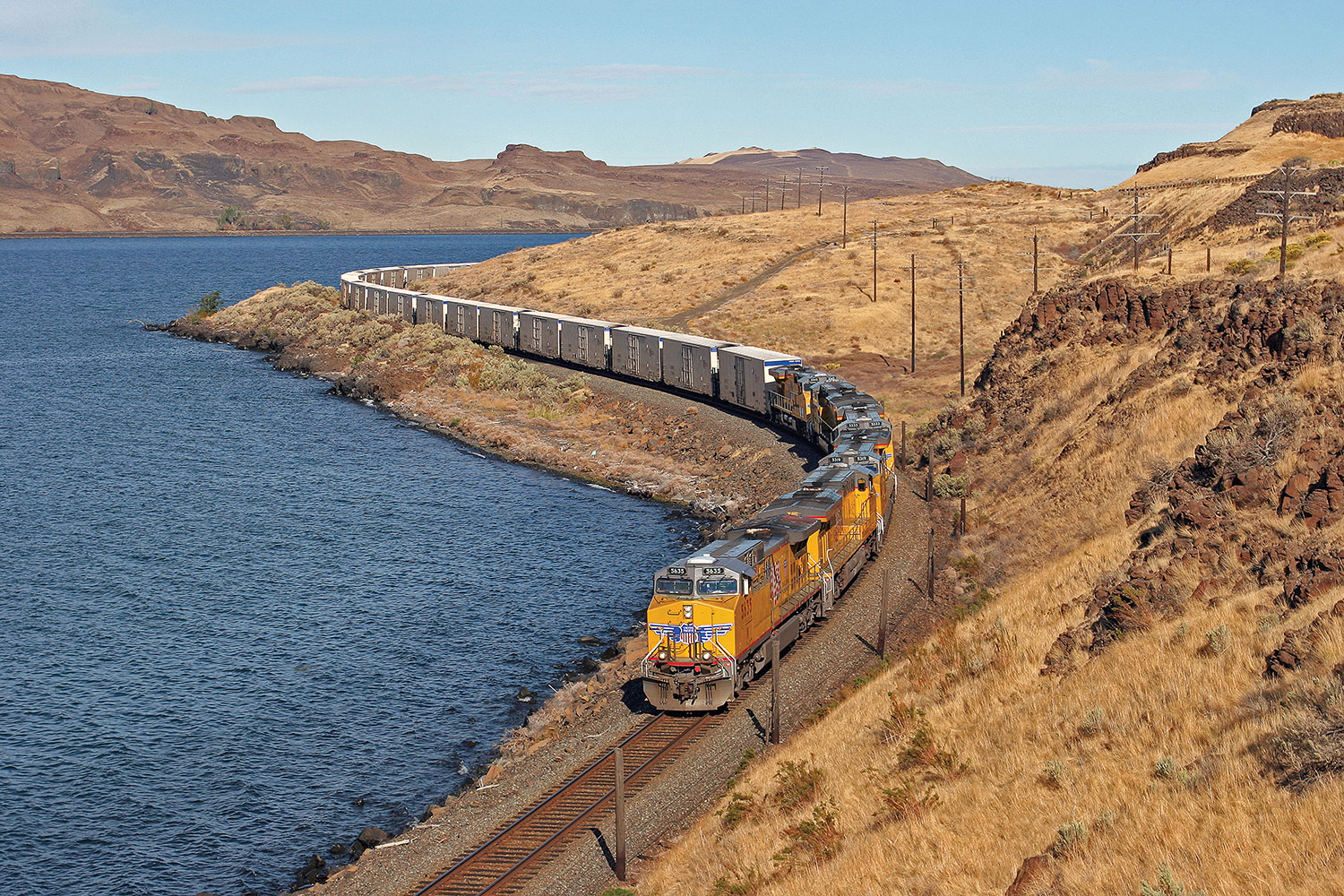 The rail infrastructure Union Pacific maintains and operates serves as an innovation enabler. By helping businesses source new types of raw material and forming new partnerships, our network supports the transition toward a more sustainable economy.

Missouri farmers know as well as anyone that time is money. A new MFA facility near Hamilton, Missouri, is saving farmers plenty of both. Exclusively served by Union Pacific, the rail-shuttle facility's centralized location eliminates hours of travel time, and its self-service weight scale and 1,500-bushel dump pits cut unloading time to 8 minutes. This allows farmers to quickly return to their fields, ultimately benefiting the entire region.

In addition to being four times more fuel efficient than truck, facilities like this demonstrate why rail also is the most efficient transportation option from the Midwest's grain belt to grain-deficient areas, such as Arizona and California. The states have plentiful chicken, cattle and dairy operations, which feed large cities like Phoenix or nearby Los Angeles, but their sandy, desert-type soil is not suitable for growing corn.

In partnership with Union Pacific, the Hamilton operation positions MFA to potentially reduce truck traffic by as many as 14 million bushels of grain, or 14,000 trucks annually. Learn more about the facility's unique features at up.com. 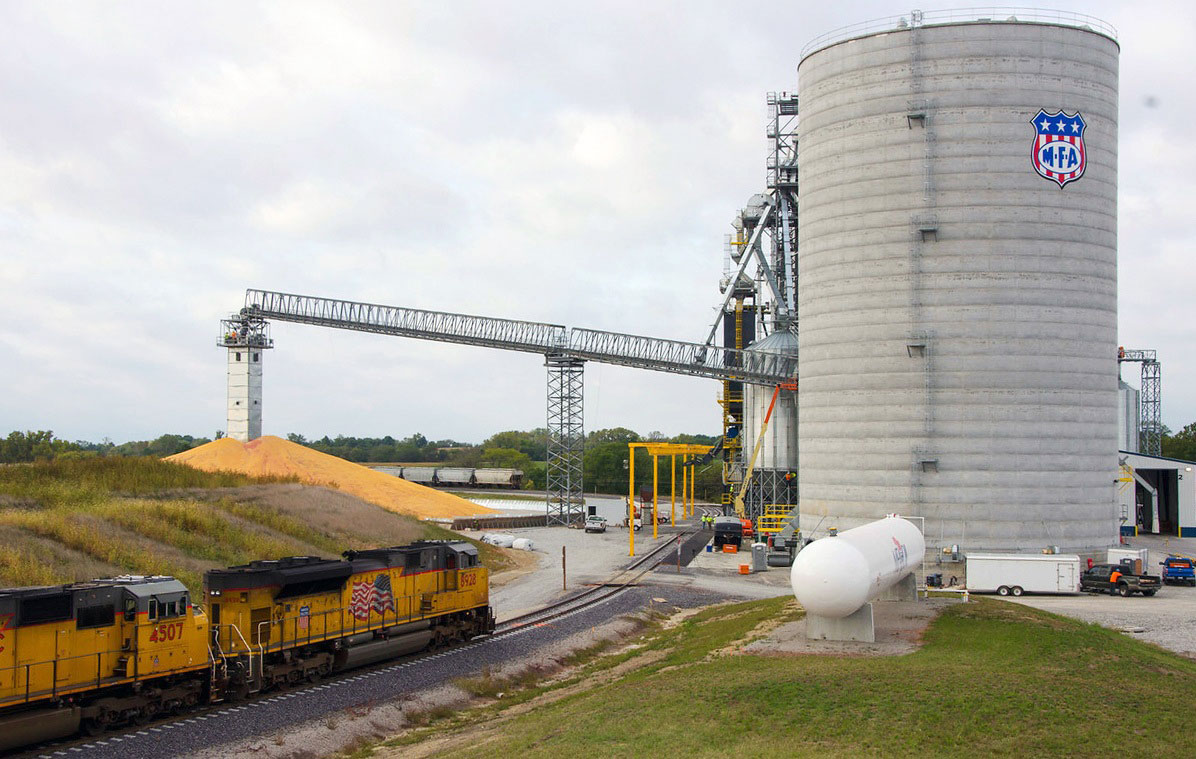 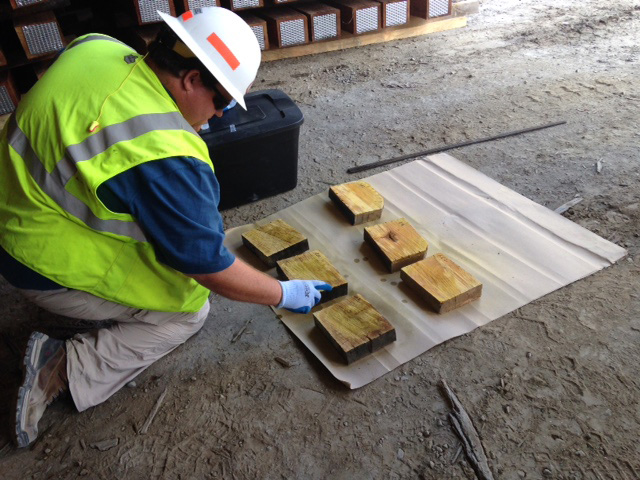 Union Pacific annually replaces about 3.5 million of the 90 million main line wood crossties systemwide. To maintain this schedule, each tie needs to live up to its more than 20-year life. Thanks to our detailed quality control program, we ensure suppliers adhere to specifications through regular audits, inspections and presentations. Supply Chain category manager Nate Irby engages directly with suppliers, including six treating plants and more than 200 sawmills.

The majority are oak, due to its hardness and resistance to force. As trains roll by, wood ties respond well to the load and flex back. Our ties are box-hearted, meaning the heartwood of the tie is centered to prevent splitting. Specific drying and stacking techniques at seasoning yards by lumber mills also help ensure extended service life and less maintenance.

Thanks to a long-standing working relationship with Flint Hills Resources, Union Pacific handles the majority of the San Antonio and Austin, Texas, ethanol market. Due to increased demand, the companies realized they needed to improve efficiencies and increase capacity. 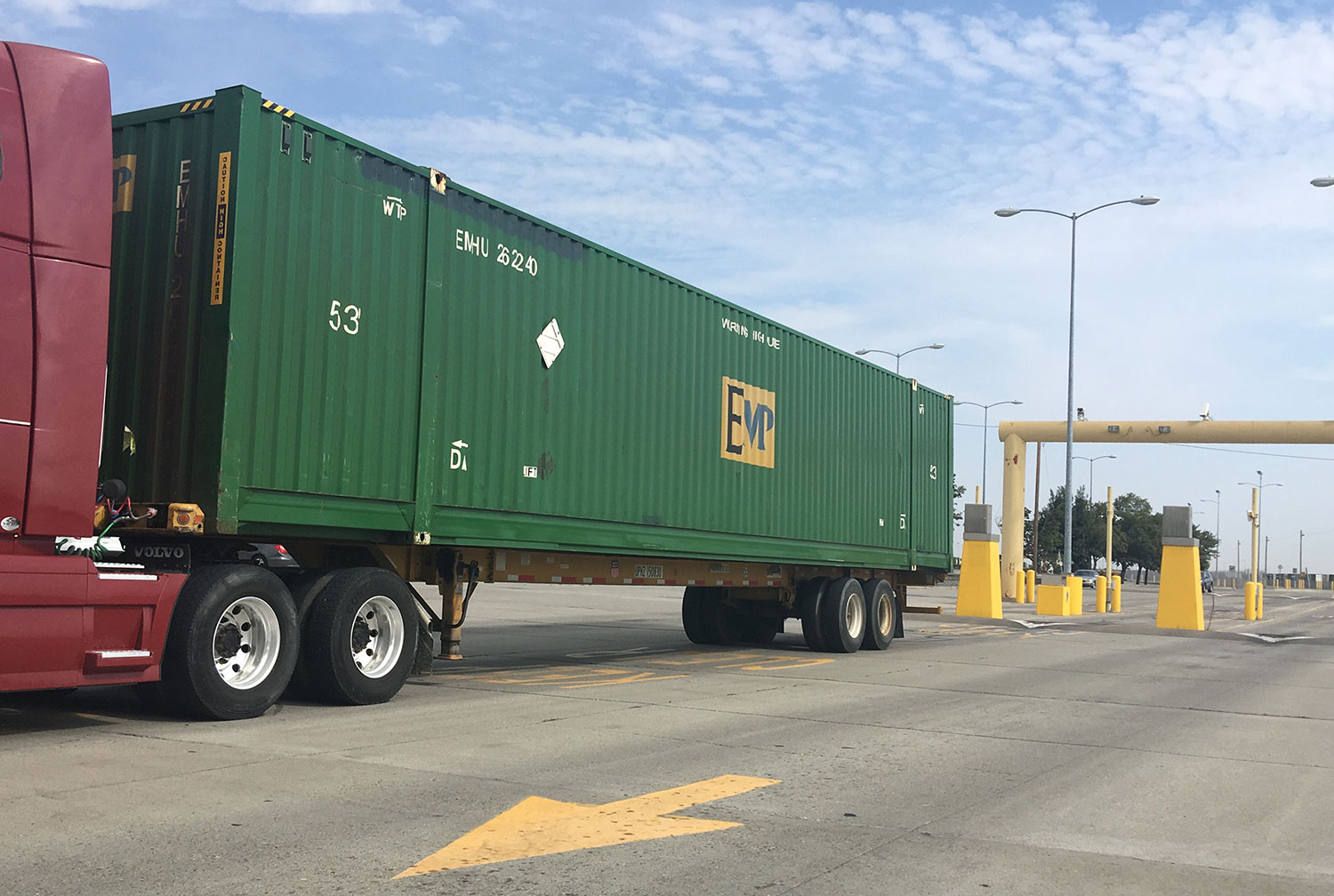 When a vehicle breaks down on the road, few things are more important than knowing help is on the way. Union Pacific was the first Class 1 railroad to launch an online service in 2017 called REACH.

Using a mobile app or internet browser, drivers carrying Union Pacific intermodal containers in San Diego, Northern California, and Mesquite, Texas, can report an incident and request repair. The app allows the waiting driver to see who is coming and when they'll arrive, as well as rate the service provider.

Union Pacific uses the real-time information to update customers waiting on a delivery, and can use service provider ratings to pre-select preferred suppliers who are providing the intermodal community the best possible repair service.

Generating Opportunity Through Our Supply Chain

Union Pacific spent more than $7 billion across our network of more than 61,000 suppliers during 2017. Our supply chain includes businesses in every one of the 23 states in which we operate, and this spending represents a significant portion of the economic impact our business generates.

Union Pacific was the first U.S. railroad to establish a supplier diversity program in 1982. Suppliers support our operations with fuel, engineering services, construction materials and much more. Union Pacific purchased about $406 million in goods and services from more than 2,100 minority-, women- and veteran-owned businesses in 45 states. Our spending with diverse suppliers grew an average of 4 percent annually from 2009 to 2017. Approximately 48 percent of our critical suppliers, nearly 6 percent more than in 2016, reported purchasing goods and services from diverse suppliers, demonstrating their support for our diversity initiative. 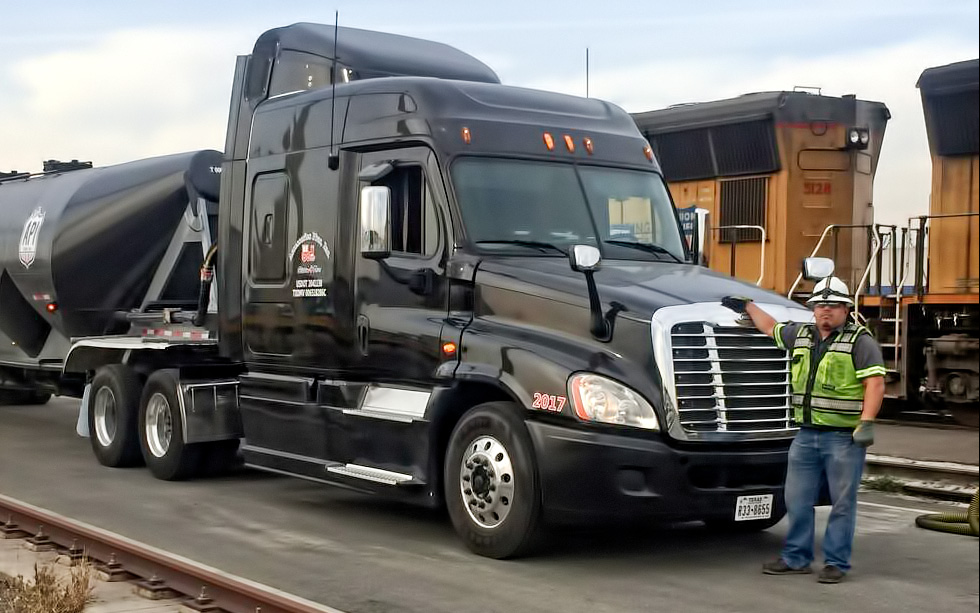 Just as Union Pacific is dedicated to building America, Accessories Plus, Inc. is a critical partner ensuring the health of our locomotive fleet. The African American-owned business based in Glidden, Texas, approached Union Pacific in 2007 with a plan to keep locomotive toilets clean and fresh for crews, as well as check and add lube oil, water and traction sand twice weekly. Their work eliminates countless bad orders – locomotives or rail cars with a mechanical defect – and minimizes downtime during crew changes.

The partnership is made stronger by our joint focus on safety. In the last 10 years, Accessories Plus, Inc. had one reportable injury.

We looked to Silicon Valley for insights on how to improve our business. Plug and Play is the world's largest startup accelerator and innovation center. Union Pacific is the first railroad to serve as an anchor partner on Plug and Play's Supply Chain Innovation Platform.

As an anchor partner, Union Pacific participates in pitches from startup companies and votes on those we believe can deliver the most positive impact. We believe our transportation solutions help our customers compete in the global marketplace, and this partnership helps us stay on the leading edge of innovation solutions.

In 2018, we'll work with the winning startups on ways to innovate in our industry.