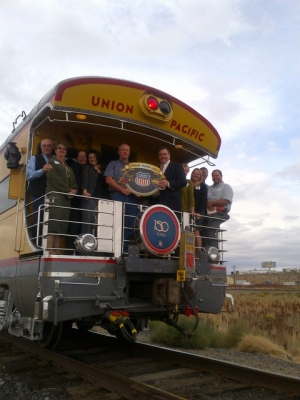 The City of Elko is proud of its railroad heritage. In 1868, Elko served as the east end terminus of the Central Pacific Railroad and is said to have been named by Mr. Charles Crocker himself. Over time, Elko became the ranching and mining hub of Northeastern Nevada, with the railroad serving as a vital transportation link to the rest of the country.

In October 1983, Union Pacific Railroad opened new railroad tracks in Elko. The new tracks were a result of "Project Lifesaver," a project that relocated two main line railroad tracks from the heart of downtown Elko. "Project Lifesaver" not only made Elko a safer community, but transformed the transportation network within the community, positioning the City of Elko for future growth.