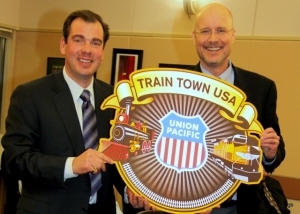 The City of Fife serves as a gateway to the Port of Tacoma, which the Union Pacific serves in a big way, making Fife and Union Pacific strong economic partners. Union Pacific maintains a switchyard that serves the greater Tacoma area as well as Fife proper.