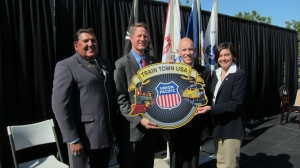 Gilbert owes its beginnings to William "Bobby" Gilbert who provided land to the Arizona Eastern Railway in 1902 to construct a rail line between Phoenix and Florence, Ariz. Incorporated in July 1920, Gilbert primarily a farming community fueled by the rail line and construction of the Roosevelt Dam and the Eastern and Consolidated Canals. Today, Gilbert, is a suburb of the Phoenix metropolitan area, a thriving community with a population of 220,000 that has seen tremendous growth with a 500% increase in our population during the last 15 years.