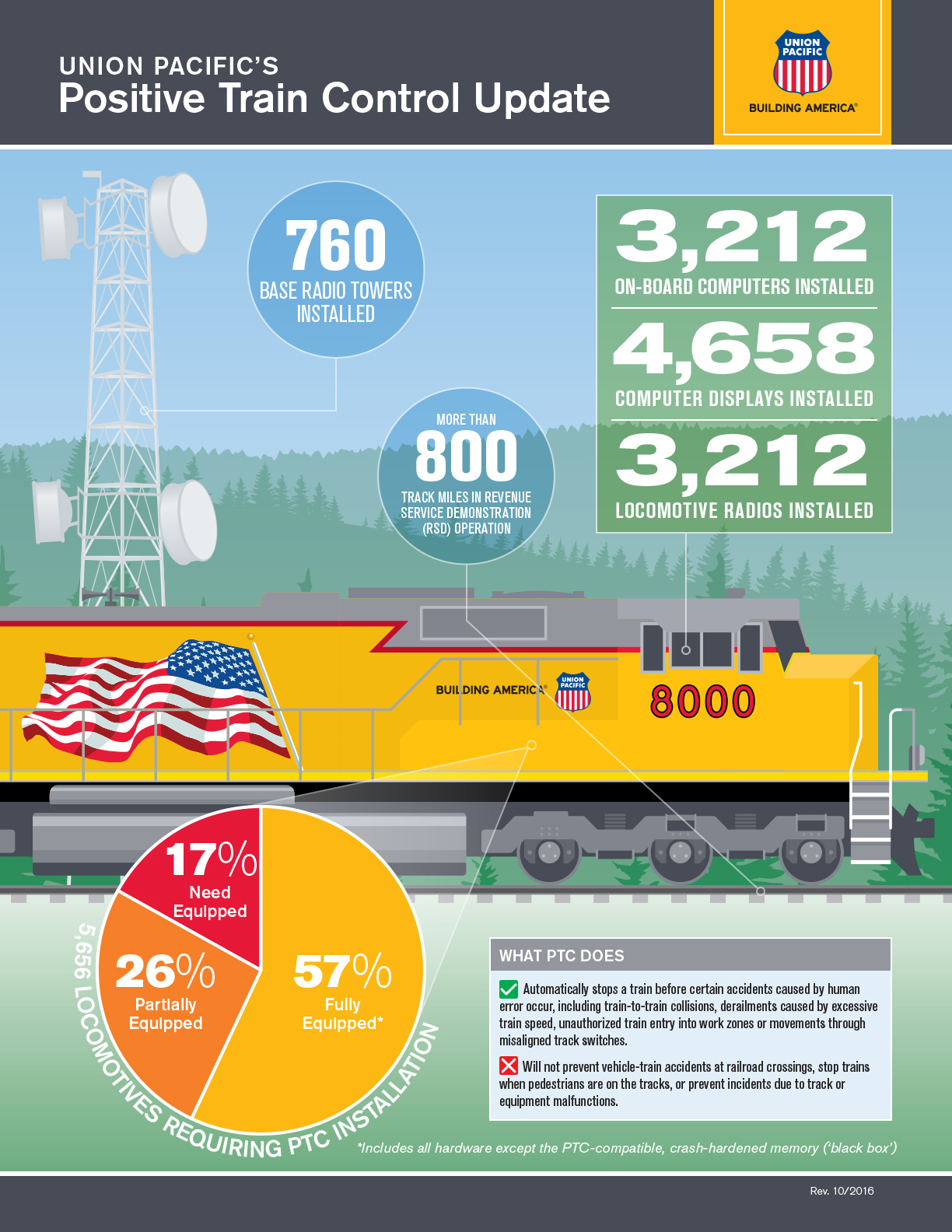 Developing and implementing a PTC system is a multi-dimensional process requiring a cross-functional, networkwide approach. Union Pacific’s PTC system consists of multiple technologies functioning together to constantly monitor and manage train movements. These involve integration of signal and telecom elements; GPS; wayside, base station and locomotive radios; antennas and satellites – all to predict whether the train crew should be alerted to take action or take over control to slow or stop the train.

40 PTC Trains Per Day Operating in the L.A. Basin And Central California

Operations Underway Across 800 Miles in California 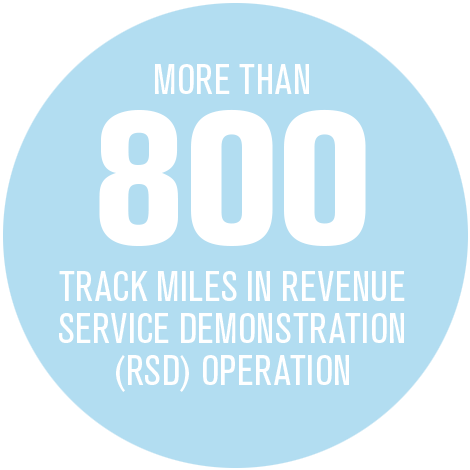 Union Pacific freight trains with PTC-equipped locomotives and PTC-trained crews began operating in California in late 2015. Classified as “revenue service demonstration” or RSD, the locomotives, equipment and crews are in operational testing for safety compliance, a monumental undertaking across all PTC components and service groups. On any given day, around 40 trains are operating in southern California’s L.A. Basin. This RSD service allows Union Pacific to continuously refine its implementation of this built-from-scratch technology and gather feedback, such as: