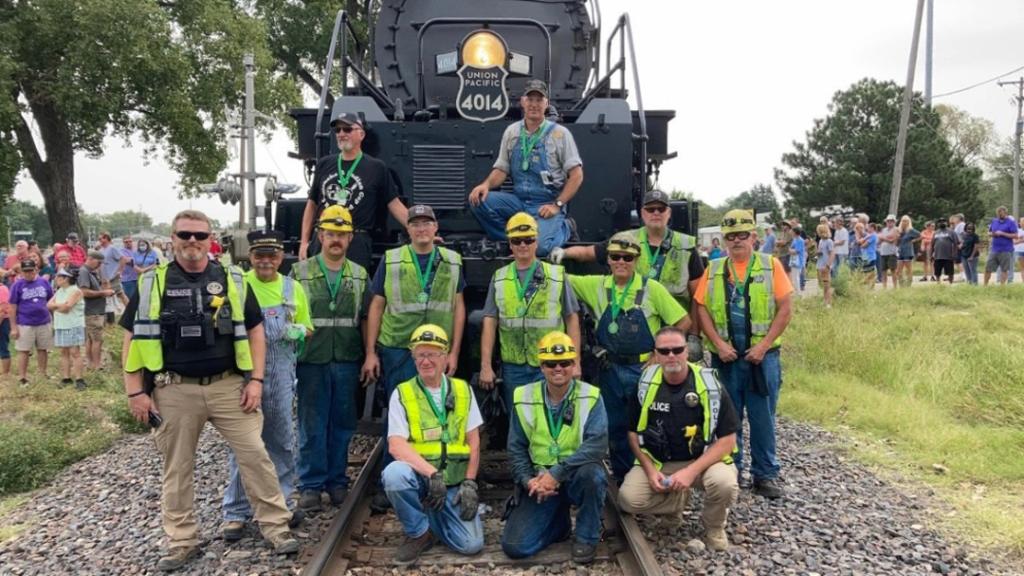 Ed Dickens, manager-Heritage Operations, top right, stands with the UP Steam Team and Big Boy No. 4014 in Manhattan, Kansas, Sept. 2, 2021.

What’s the best part about operating the world’s largest steam locomotive? Seeing it make friends wherever it travels. How could it not? It’s impossible to not smile when seeing such an impressive machine from a bygone era operating in today’s modern world. 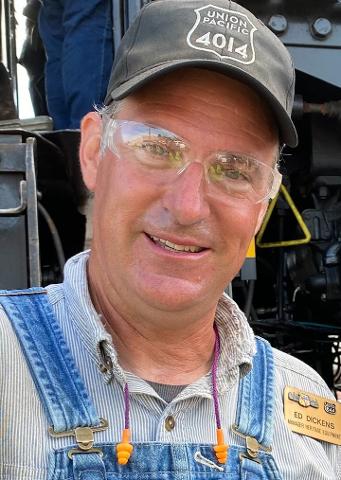 In fact, “Thank You” were the two most frequently heard words from the hundreds of thousands who witnessed locomotive UP 4014 –the Big Boy – as it toured through the Midwest and South in August and September.

Wherever we went, folks reached out to thank Union Pacific for restoring and bringing this locomotive to their city. And we thanked them in return, with a blast of the whistle, a ring of the bell or a smile and a wave.

It was before the pandemic – in support of the 150th anniversary of the driving of the Golden Spike in May 2019 – that we first unveiled the fully restored Big Boy. To grasp the enormity of this historic undertaking one must understand the history of the 4000-class Big Boy steam locomotives.

It started just before the dawn of diesel electric technology, at a critical pre-WWII time when Union Pacific faced the challenge of too much traffic on its existing infrastructure. Much like a busy interstate highway during rush hour, there simply weren’t enough traffic lanes to accommodate all traffic.

The solution: Design and build a locomotive that could haul more cars, resulting in longer trains – a strategy similar to how Union Pacific is efficiently handling large volumes of rail traffic today. As we operated the Big Boy around the system, we better understood just how large and powerful the locomotive is and the huge UP network that makes it happen.

The hundreds of thousands who have fallen in love with the Big Boy are awestruck much like those in the 1940s who first witnessed this behemoth locomotive. The Big Boy weighs 610 tons and it produces a massive 7,000 horsepower. A typical modern locomotive weighs about one-third as much. While those numbers are impressive, they don’t capture the locomotive’s true enormity. To do that, observers must stand back a distance from trackside.

Whether casual observers or diehard train enthusiasts, they can’t help but notice how this machine towers over modern diesel electric locomotives. Rail fans see the 135-foot length – about twice that of a modern locomotive -- and are moved by the heat, sights, and sounds of such a magnificent machine, and ultimately understand the important role it played in the evolution of railroad technology.

The Big Boy locomotive and the displays set up along the way serve as a valuable tool not only to share our history, but to tell the story of the modern Union Pacific and how we’re still playing a role every day in helping to Build America, moving the raw materials and finished consumer goods this country needs. 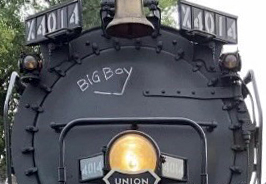 It’s only fitting that the locomotive’s “Big Boy” moniker is handwritten in chalk on the front of its boiler, considering how the locomotive was designed long before the dawn of the Computer Age – by hand with pen and paper.

As we look back on the Big Boy 2021 Tour, a big “thank you” goes to a network of colleagues who pulled together to see the plan executed. Operating a big locomotive like this requires patience and lots of detailed planning. We enjoyed near 100% on-time execution on this tour. The power of that team effort was evident by all who watched the steam rise in the morning light.