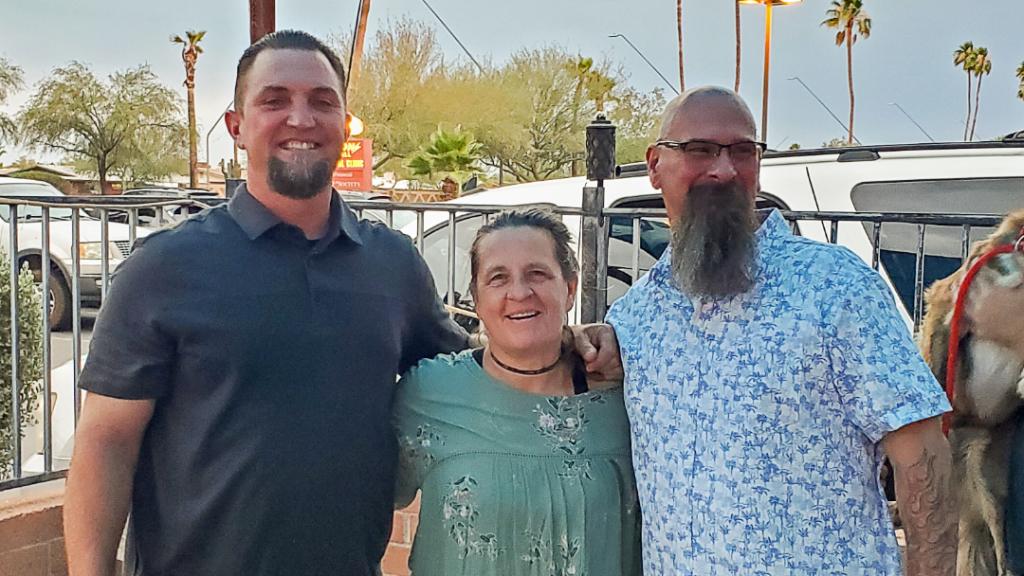 When Union Pacific Engineer Norm Garner noticed a woman waving from a water canal while piloting his train through the desert country of Wellton, Arizona, trouble didn’t cross his mind. After all, people sometimes swim in the canals.

But then he began to replay the woman’s wave in his mind. Was it a little too frantic? And did she have a dog with her?

Lynette Anderson, a Tucson woman, had been trapped in the canal for 18 hours clinging to a tree branch. The incident began when she stopped by the road to eat a sandwich and let her dog, Jack, stretch his legs.

At some point, Jack disappeared. Anderson found him in the canal and climbed in to save her beloved best friend, quickly becoming trapped herself in the steep-sided concrete waterway. Despite efforts to climb out, she and Jack ended up spending the night floating in the water, counting trains, and trying to figure a way out.

By the time Garner’s train rumbled over the canal around noon June 8, Anderson was exhausted. Her feet and hands were badly swollen, torn from thorns on the tree limb and from balancing with bare feet on the concrete siding. “I was losing strength and didn’t know how much longer I could hold on,” Anderson said.

But a few minutes after the train passed, Anderson saw a black SUV in the desert. The driver nodded in her direction and within minutes, people and vehicles descended on the canal, including emergency vehicles from the Wellton Police Department and the Yuma County Sheriff’s Office.

“My heart was so full,” Anderson said. “All these people came out of the woodwork. I have never been so happy to see another human being in my life. When they pulled me out of the water and put me on the bank, the first thing I said was, ‘That was my lucky number – the 13th train.’ And I knew I wanted to meet the person who saw me and who called for help.”

Anderson’s wish came true a week later following her release from the hospital. Her brother, Ken Anderson, had called Union Pacific and had reached out to the train crew. It turns out they all lived in Tucson and a surprise reunion was arranged with Anderson and her family and the train crew and their families.

“I was so happy and so overwhelmed when I found out the whole story that she had been out there for 18 hours,” Garner said. “I am so glad I was in the right place at the right time.”

“I kept looking at Norm’s face, thinking, that’s the face of an angel,” Anderson said. “There will always be a special place in my heart for trains. I have always loved them, but if a train goes by now, I wave. I will be grateful for the rest of my life that Norm saw me and that he and Drew called for help.”