Clifton Ellis addresses the crowd at the ONE ERG Conference tailgate kick-off at Omaha's Home Plate with heritage locomotive UP No. 1979 "We Are ONE" in the background.

As I reflect on the Union Pacific ONE ERG Conference, held Sept. 1-2 in Omaha, there is an overwhelming sense of pride that permeates through me as a 14-year UP employee. 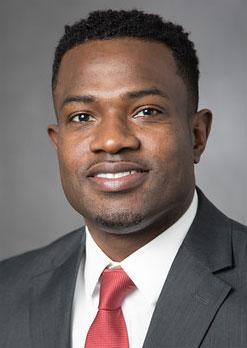 Despite being a 159-year-old company, UP certainly has shown it is actively working to become even better by serving as an example not only to the business community, but more importantly, to the community at-large.

The ONE ERG conference serves as one of the company’s most diverse events. Participants must be a member of one of UP’s nine Employee Resource Groups (ERGs) to attend. That this was the first major conference held since the beginning of the pandemic made it extremely special and symbolic. It was the first time the UP family was together, and the purpose was to promote togetherness – “Building UP: Inclusion in Action.”

UP’s leadership team provided the resources necessary to proceed with the 700-plus employee conference during a pandemic, which was a testament to the level of dedication toward prioritizing Diversity & Inclusion. This was evident during the planning process, as we worked to identify solutions to navigate several obstacles with the support of our executive sponsors.

It also is notable that Union Pacific has made a public declaration via multiple “measurable” D&I goals, namely a goal of growing our minority workforce to 40% and doubling our workforce female representation by 2030. These commendable targets serve to establish accountability to becoming a better representation of the community at large.

Although there are multiple highlights from the conference worth sharing, one of the more powerful messages was shared by keynote speaker Dr. Tony Byers. Two points particularly resonated with me and that I have discussed with multiple colleagues since the conference.

The first was explained via an analogy. Dr. Byers warned that a company’s measurement of D&I success should not simply be based upon how many “green triangles” are hired in an organization full of “blue squares.” This simple methodology – without the accompanying culture – can result in many avoidable pitfalls. If an organization doesn’t harvest the creativity and productivity improvements from its green triangle, that green triangle will be molded into a blue square due to the lack of inclusiveness promoted within the organization.

The second point that resonated was shared via a story. Dr. Byers and his previous employer – a large, multi-national organization – attempted to do a positive D&I campaign. However, a major oversight resulted in an embarrassing moment for the organization. Their reaction was one of humility and accountability. They apologized and ultimately pivoted to provide a more inclusive campaign after they were more informed on the subject.

The underlying message was that progressing D&I initiatives will produce mistakes or errors, but this should not stop an organization from “advancing the ball forward.” Instead, individuals and organizations should act with humility as they aggressively work to become more informed and more inclusive.

As I closed out the ONE ERG conference it was a beautiful site to see my engaged and hopeful Union Pacific colleagues under the lights. It gave me a vision of the quote shared by our Chief Administrative Officer Scott Moore: “It’s Not Done Until It’s Diverse.” 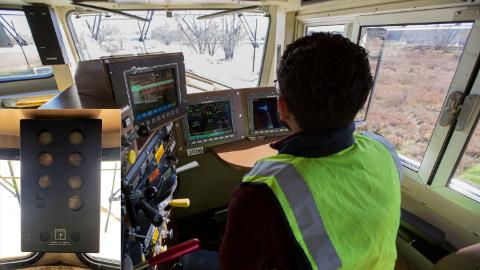 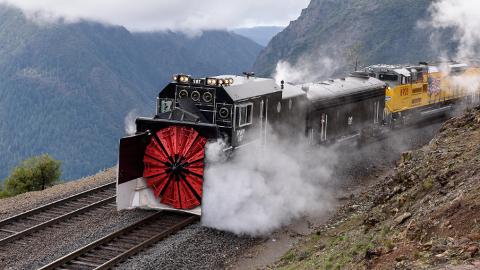