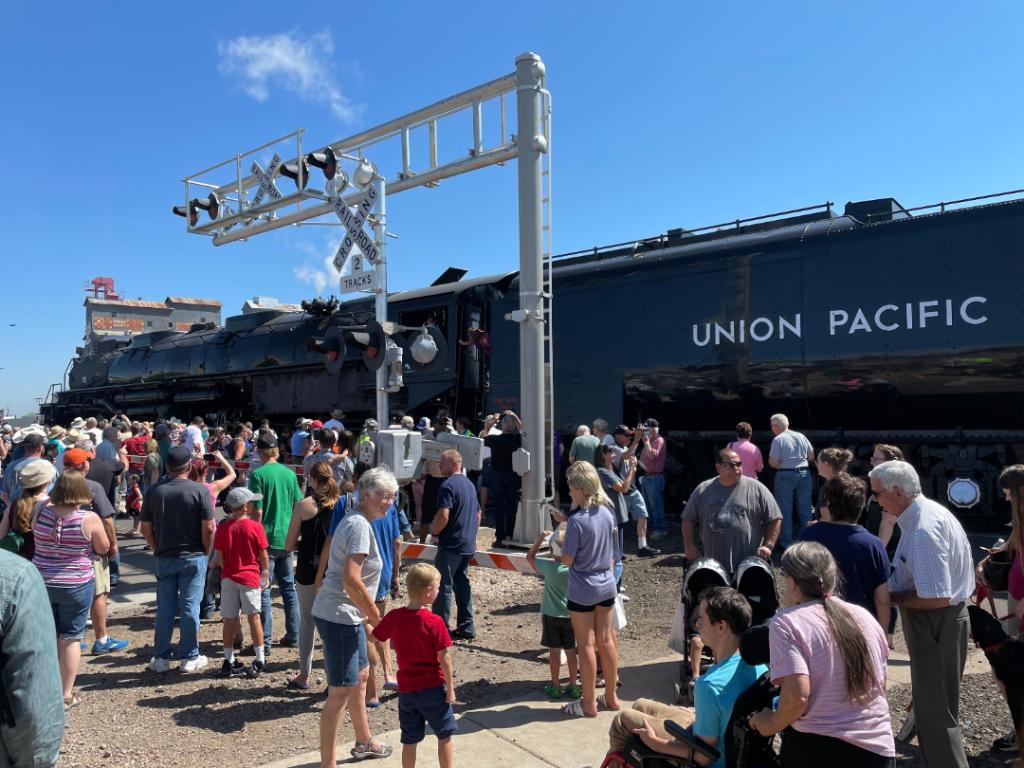 Whenever I ask what inspires steam train fanatics, the answer comes down to one thing: history. Some have worked on steam trains; others recall vacations as passengers. Far more have watched the steam-powered behemoths race past their farms and ranches as youths.

The thread that runs through it all is how Union Pacific’s heritage steam program has brought people together through the decades. Across the American West, hundreds – maybe thousands – of communities exist not only because of the hopes of determined settlers looking for a better life, but also because of the advent of the steam trains of the 19th century.

Towns popped up every 25 miles or so to replenish water boiled to produce steam that powered the locomotives of yesteryear. The communities connected farms and ranches. Railroad families and railroad operations grew there, too. In fact, the railroads and these towns grew up together beginning in the 1860s through today.

Over the years, some of these towns faded as technology changed and train stops became less frequent. Others adapted, consolidated, reimagined themselves and thrived while years turned to decades, then decades to centuries and steam power turned to diesel power. 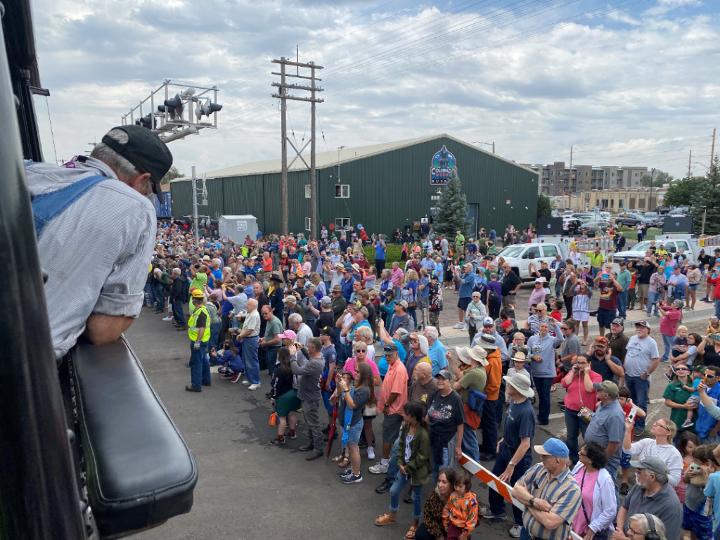 Union Pacific’s Heritage Steam fleet honors those communities, the steam operations and the history of one of America’s greatest feats: the first transcontinental railroad. Touring with the steam locomotive, as I did last week when the Big Boy No. 4014 traveled from Cheyenne to Denver, allowed us a unique and fascinating opportunity to celebrate our heritage together.

It was not unlike my first steam tour back in 2017 when we pulled into Shoshone, Idaho. Imagine arriving at a town of 1,400 and seeing a crowd of over 3,000 new friends surging toward an intersection, anxiously awaiting the arrival of the steam train.

Shoshone had been a rail hub that connected the main line East-West passenger trains with the route north to the Sun Valley Resort. Passengers from across the world would spend time in Shoshone awaiting the train to Sun Valley. The city – and the region – embrace its railroad history.

Union Pacific's famed Big Boy No. 4014 departed for a roundtrip tour between Cheyenne, Wyoming, and Denver, Colorado, July 28, 2022, and was on display July 29, 2022, in the Mile High City. The tour honored Union Pacific's 160th anniversary and the rich historical role railroads serve in America. 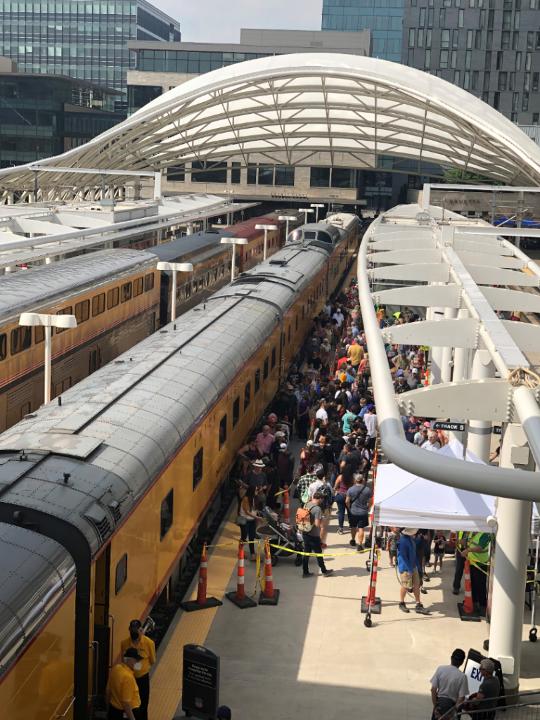 Steam fans line up to view Big Boy No. 4014 at Union Station in Denver.

As my colleagues and I reached Shoshone aboard the Living Legend, No. 844, we were excited to meet with the locals. We’d arranged to connect with city officers, civic and business leaders, and the media.

But finding our contacts was a challenge at best because the crowd was enormous! Poses were struck, photos were snapped, history was recalled. As we made our way through the sea of people, I was astounded at the breadth of the crowd and the passion they exuded for the railroad – and toward the steam locomotive in particular. They came from all around: Twin Falls, Burley, Ketchum, Boise and beyond. Some had been pacing the train by car.

City after city, stop after stop, crowds gathered to celebrate our shared heritage. Communities, technological advancement, commerce, industry, harnessing power, exposure and travel. Those are among the legacies of the steam-powered iron horses that cut through the frontier and built roads where none had been, connecting communities like never before.

So, when the steam locomotive comes to your community in future years, go visit! Take a moment to reflect on the 160-year history of our railroad, how it helped create the American West, and the history Union Pacific employees are creating as they are Building America every day.