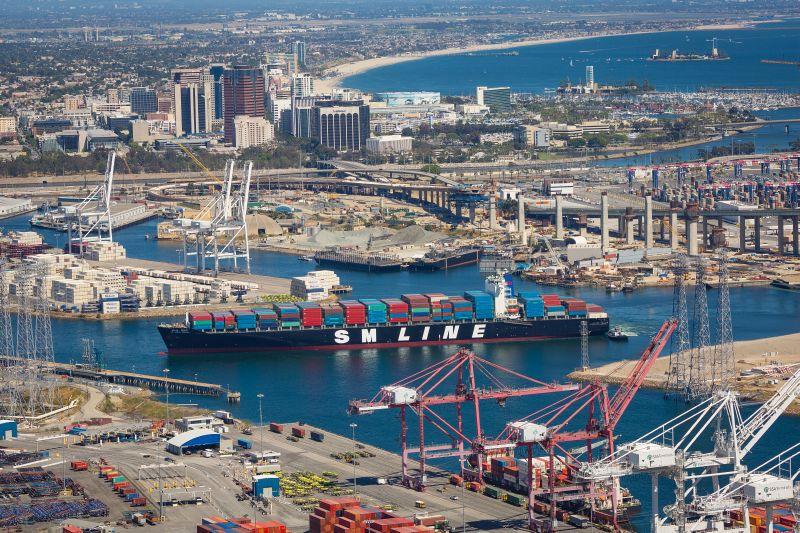 The Ports of Long Beach and Los Angeles are key hubs for Union Pacific’s international intermodal business. Photo courtesy of the Port of Long Beach.

In August 2016, Hanjin Shipping filed for bankruptcy, changing the international liner carrier and intermodal landscape. The impact was felt on both sides of the ocean; however, a manufacturing and construction company in South Korea stepped in, purchasing ocean vessels and container assets to launch a new trans-Pacific shipping company – SM Line Corporation. The company already has more than 20 ships and 78,000 intermodal containers – large metal boxes used to haul goods by ocean, rail and truck – in its arsenal.

Like many industries, international shipping is a close-knit community. Simon credits SM Line’s early success to its people, many of whom are former Hanjin employees with years of industry experience now leading their new company into the future.

“One of the things I’ve learned about this industry is that relationships are key,” Simon said. “It’s about having more than faith, but demonstrating an outward confidence and hard work.” 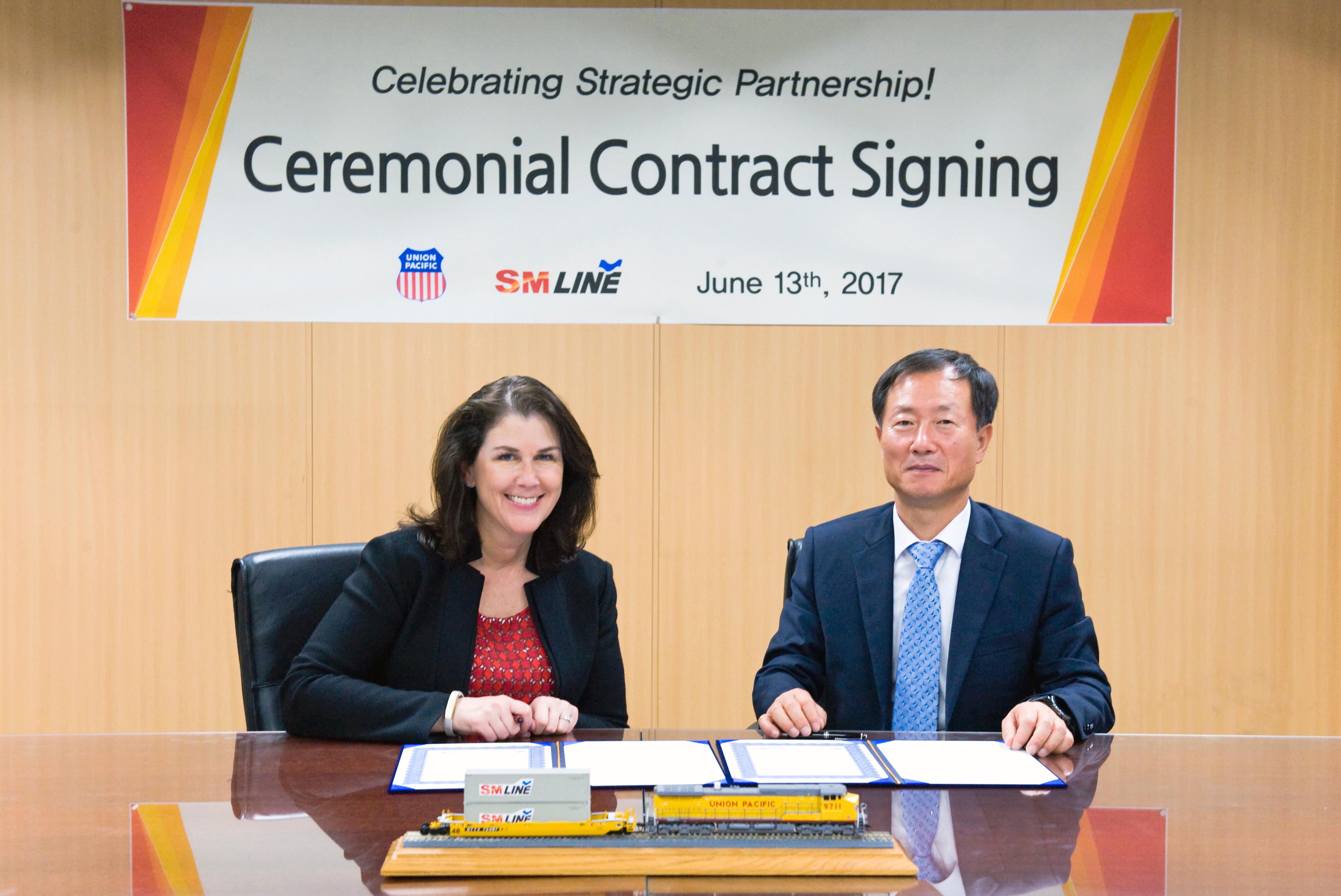 Headquartered in Seoul, South Korea, many of SM Line’s customers are global shippers, specializing in electronics and appliances, who immediately signed deals honoring previous relationships. That shared history also led to a partnership with Union Pacific that both companies believe will pay long-term dividends.

An SM Line ship now arrives weekly at the Port of Long Beach, California, carrying imports from China, South Korea and numerous other Asian ports. Once unloaded, Union Pacific provides “on-dock” rail service, which is the most efficient way to move containers in-land, eliminating the need for a truck. The products then move across Union Pacific’s network to consumers nationwide.

Increased inbound port traffic is good news for consumers and the U.S. economy. The Ports of Long Beach and Los Angeles are the two largest West Coast ports, and both are seeing steady growth. May volumes at Long Beach alone were the highest since August 2015.

It’s a win for SM Line, a new company unafraid to join a competitive landscape, and Union Pacific who provides the most consistent and reliable service to more markets. About 40 percent of the railroad’s overall volume stems from international trade, much of which is trans-Pacific traffic.