Steam Update: No. 844 Readies for 'Trek to Tennessee' 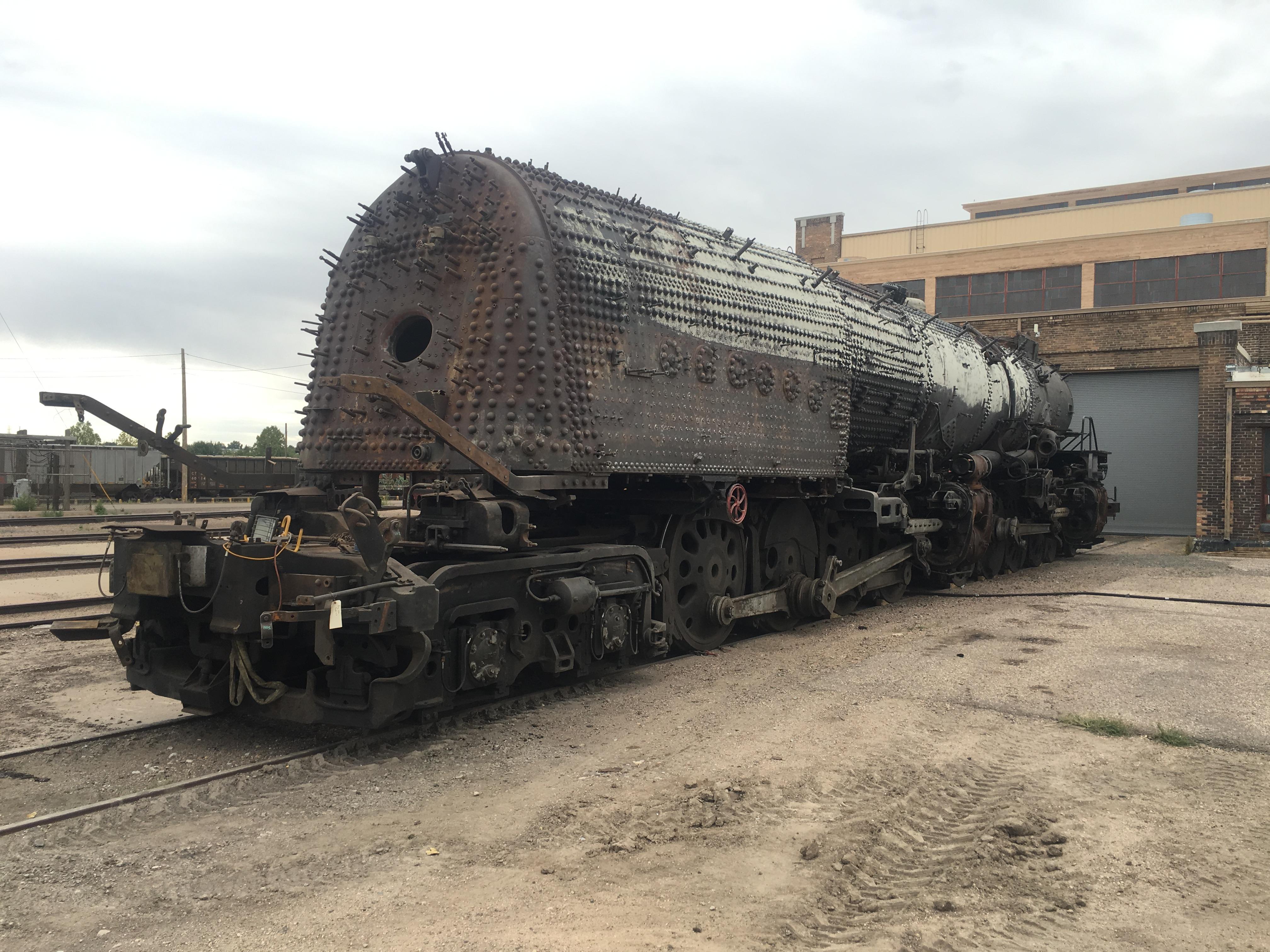 Once testing and analysis is completed on the Big Boy's boiler, the steam team will have a good idea of what needs to be done to get it up and running.

October has been a busy month for the Union Pacific steam team. With ultrasonic testing underway on locomotive No. 4014's boiler, locomotive No. 844's "Trek to Tennessee" also is on the horizon.

"The Memphis trip will slow down the 4014 work," said Ed Dickens, senior manager – heritage operations. "This is the first big trip for several crew members."

Dickens said the crew has a pretty good idea of what needs to be done to get locomotive No. 4014 up and running, but in-depth testing and analysis will continue for a few more weeks. "The 4000 class big boys are massive locomotives, so completely restoring her will take time and lots of good old fashioned hard work," he said.

Ed Dickens, Union Pacific senior manager - heritage operations, discusses progress on the restoration of the Big Boy, locomotive No. 4014, and what's involved in preparing for locomotive No. 844's trip to Memphis, Tennessee.

"This locomotive hasn't run since '59. It's been stored outdoors the entire time. Luckily, it benefited from that Southern California climate, and it was painted back in the 1980s, which has protected a lot of the exterior shell."

The testing and analysis will tell the team if any corrosion needs to be addressed. "We can already tell there's some corrosion in the bottom of the firebox," Dickens said. "Ash and other debris mix with water to form an acidic solution that deteriorates the metal over time. So we'll definitely need to replace that portion."

The team also has been busy preparing for No. 844's upcoming three-week-long trip, reviewing a 75-point checklist.

"The locomotive has basically been in storage," Dickens said. "We're taking it out of storage status and reassembling the boiler. We'll put the wash-out plugs back in. It's all clean. It looks beautiful." 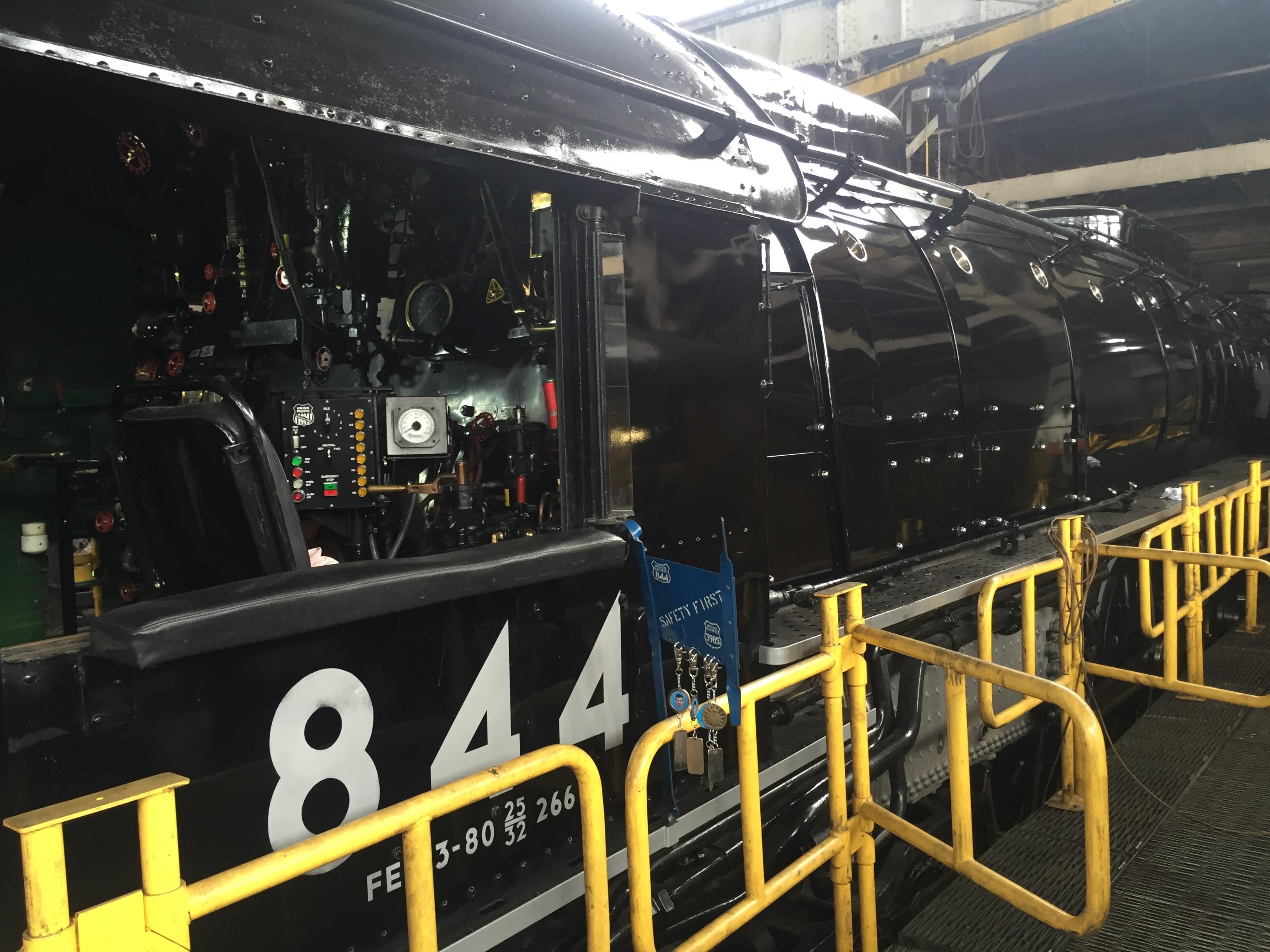 On Thursday, October 13, the steam team will embark on a three-week-long trip to Memphis, Tennessee, with steam locomotive No. 844.

The team has already started warming No. 844 in preparation. "We'll steam it up a few days before we leave," Dickens said. "It will remain steamed the entire time we're out on the road."

To keep the locomotive hot, the crew follows a very specific cycle every day.

"At the end of every operating day, we fill the boiler completely, and let it warm to the maximum heat to achieve maximum pressure," Dickens said. "When we're ready to put it away for the night, we extinguish the fire and cap the smoke stack and all the other air vents around the fire box."

The team has fabricated special insulating covers to help the pressure vessel keep maximum heat all night. "The pressure will drop very, very slowly," he said. "In the morning, we come down – usually about 4:30 a.m. or so – and we light the fire again. We'll steam it back up to full pressure before we embark and operate it all day long."

Although Dickens has been traveling with locomotive No. 844 for years, he still gets excited about each new trip. "It's fun going to all the different places and seeing the people, especially the children," he said. "Seeing the smiles on their faces makes all the hard work we put into these locomotives worth it."