Deckard's 50-Year Railroad Journey Began with Only a Few Steps 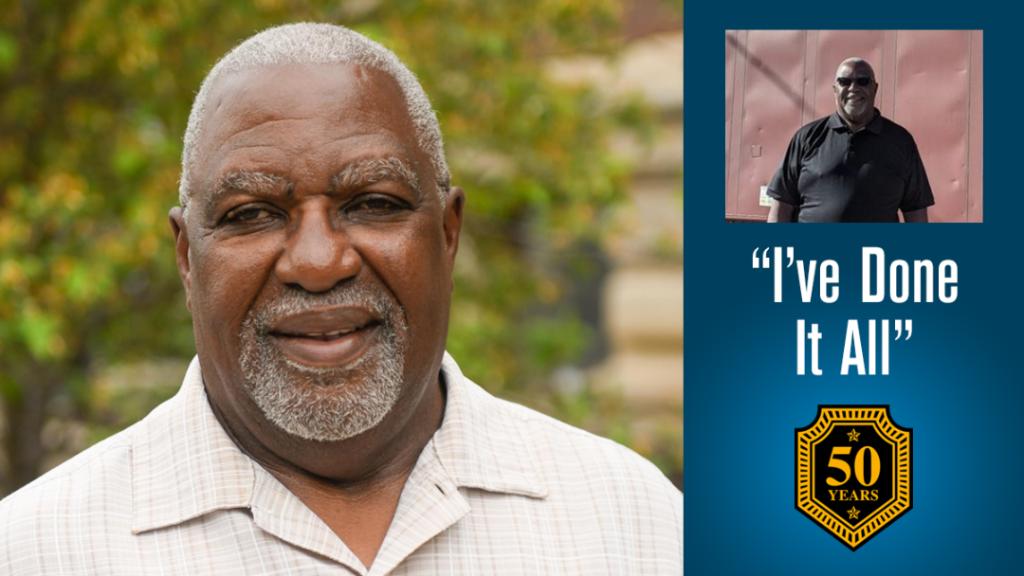 Deckard said he's "done it all" on the railroad over his 50-year career.

Johnathan "Tuttie" Deckard didn’t have to go far to find his lifelong career.

After graduating high school, the Palestine, Texas, employee began repairing boxcars at a shop within walking distance from his home.

"It's the first and only job I’ve ever had," said Deckard, lead rail car technician.

During his 50-year railroad journey, Deckard has served as a supervisor and general foreperson. He has worked at the RIP track, yard and on a wheel truck. He also has participated in Peer Support and Operation RedBlock.

"I’ve done it all,” Deckard said with a smile.

People look up to him, not only because of his helpful tendencies but also due to his positive nature. His impact goes beyond the rails.

Johnathan "Tuttie" Deckard didn’t have to go far to find his lifelong career.

After graduating high school, the Palestine, Texas, employee began repairing boxcars at a shop within walking distance from his home.

"It's the first and only job I’ve ever had," said Deckard, lead rail car technician.

Deckard trains Mechanical employees at work and is chairman of deacons at South Union Missionary Baptist Church in Palestine, where he teaches Brotherhood Ministry.

When he joined Missouri Pacific Railroad on Jan. 10, 1972, he joined a legacy as he followed in the footsteps of his father, Joe Deckard Jr., and a grandfather who also worked for the railroad. Other railroad employees in his family include a brother, Benjamin Deckard, who worked in Maintenance of Way, and his sister, Glynis Deckard, who painted rail cars until she retired.

He was drafted into the Army in October 1972 and served two years in Korea as a medic at the end of the Vietnam War. He tended to the sick and wounded and worked in the dispensary.

During his decades at the railroad, Deckard says he has seen it all. He started off as an apprentice and remembers doing something new every few months, an opportunity he says was a good way to learn "an aspect of the whole operation.” He has witnessed countless technology advancements, like the development of friction trucks switching to roller bearings.

Deckard notes he’s seen a lot of people come and go from the railroad throughout the years, but the employee who turns 70 on Oct. 30 says he’s not thinking about retiring any time soon.

Deckard describes the railroad as his family. His wife died in 2000, and he has no children.

"I really enjoy railroading,” he said. "I like my co-workers, and we have a good time.”