Every profession has its own language, a lexicon of specialized jargon that leaves the uninitiated scratching their heads. Nowhere is that more true than at the railroad. Employees in the field, on the trains, and in the office speak a hidden language known only among themselves. Call it "railroad-ese."

Over the years, an abbreviated shorthand language has become the norm for railroaders. Almost every communication generated by the railroad uses it to some extent. Although every effort is made to translate the jargon into "English," some terms are more difficult to decode.

To aid in translation, this list of terms taken from UP's system reports was compiled and interpreted by employees. Since many of these terms are slang or abbreviations, other interpretations may be made, based on localized usage. 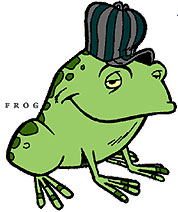