UP Locomotive No. 1943 begins Salute to the Military Tour

Union Pacific paid tribute to the United States armed forces by unveiling UP No. 1943 The Spirit locomotive at San Antonio's Sunset Station today. Only the 16th commemorative locomotive presented in Union Pacific's 155-year history, UP No. 1943's arrival was welcomed by a group of veterans to kick off its Salute to the Military Tour, a series of community displays across Union Pacific's network.

"Union Pacific is proud to honor veterans and the men and women bravely serving our country with a special locomotive representing every armed forces branch reflected in its symbolic design," said Scott Moore, senior vice president – Corporate Relations. "Beginning today, UP No. 1943 The Spirit's mission is to salute them as it leads trains carrying America's goods across our network every day."

The Spirit's front is symbolic of Air Force Silver, and the blue stripe is a reflection of the former Strategic Air Command's "nose sash." The lettering inside the sash is the original hand-drawn font used on the B-17. It is followed by the Coast Guard's "Racing Stripe" and the Navy's Battleship Gray, which frames Union Pacific's traditional American flag. The military camouflage is a nod to the Army and Marines.

As the train passes by, the final message on the tail is dedicated to U.S. prisoners of war and those missing in action, featuring the POW/MIA symbol and its motto, "You Are Not Forgotten."

About 17 percent of Union Pacific's employees have military experience, with some actively serving in the National Guard or Reserves. The company was recognized in the Best Companies for Veterans top 10 list, compiled by monster.com and military.com, for the second year in a row last year.

Union Pacific Railroad is the principal operating company of Union Pacific Corporation (NYSE: UNP). One of America's most recognized companies, Union Pacific Railroad connects 23 states in the western two-thirds of the country by rail, providing a critical link in the global supply chain. In the last 10 years, 2007-2016, Union Pacific invested approximately $34 billion in its network and operations to support America's transportation infrastructure. The railroad's diversified business mix is classified into its Agricultural Products, Energy, Industrial and Premium business groups. Union Pacific serves many of the fastest-growing U.S. population centers, operates from all major West Coast and Gulf Coast ports to eastern gateways, connects with Canada's rail systems and is the only railroad serving all six major Mexico gateways. Union Pacific provides value to its roughly 10,000 customers by delivering products in a safe, reliable, fuel-efficient and environmentally responsible manner. 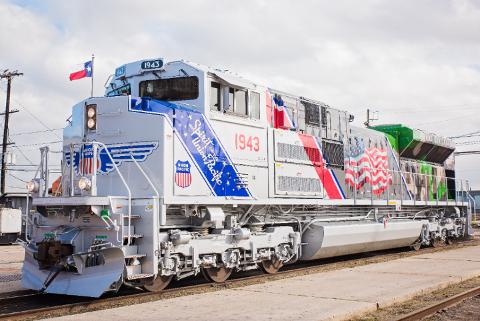 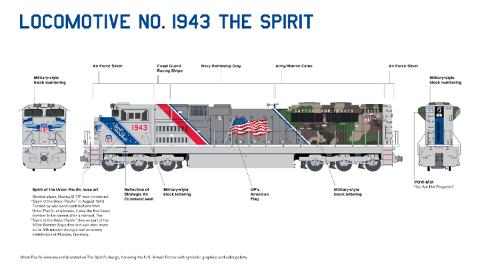