"Lynden brings tremendous technology and innovation expertise to a role that is critical to the company," said Lance Fritz, Union Pacific chairman, president and chief executive officer. "He will provide the necessary mix of tech savvy and business acumen to lead our strategy development and execution, creating long-term value for all of our stakeholders."

As senior vice president and chief information officer, Tennison was responsible for managing the development, implementation and operation of Union Pacific Railroad’s information and telecommunications technologies. He served in a variety of leadership roles including responsibility for the application systems and architectures for the entire company. From 1998 through 2001, Tennison was president and chief executive officer of Nexterna, a Union Pacific technology subsidiary. Prior to joining Union Pacific in 1992, he worked at American Airlines’ SABRE division, AT&T and Southwestern Bell Telephone. Tennison has a bachelor’s degree from the University of Texas at Arlington. He is a current and/or past member of the board of directors for several corporate entities.

Frankenberger will be responsible for Union Pacific’s day-to-day technology infrastructure architecture. He joined Union Pacific in 1990 and most recently served as senior director - data center engineering.

Union Pacific Railroad is the principal operating company of Union Pacific Corporation (NYSE: UNP). One of America's most recognized companies, Union Pacific Railroad connects 23 states in the western two-thirds of the country by rail, providing a critical link in the global supply chain. From 2008-2017, Union Pacific invested approximately $34 billion in its network and operations to support America's transportation infrastructure. The railroad's diversified business mix is classified into its Agricultural Products, Energy, and Industrial and Premium business groups. Union Pacific serves many of the fastest-growing U.S. population centers, operates from all major West Coast and Gulf Coast ports to eastern gateways, connects with Canada's rail systems and is the only railroad serving all six major Mexico gateways. Union Pacific provides value to its roughly 10,000 customers by delivering products in a safe, reliable, fuel-efficient and environmentally responsible manner. 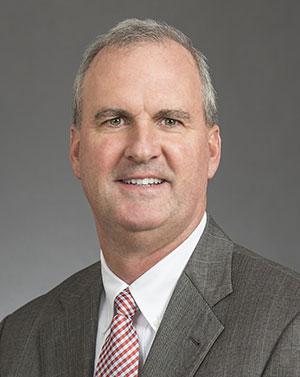