About Every Five Days, a Child Dies From a Train Collision

This release was originally published by Safe Kids Worldwide.

In 2017 alone, 75 children ages 0-19 died because of a collision with a train. These collisions occur both at railroad crossings as well as when children walk or ride on or around railroad tracks. Rail Safety Week, observed September 23-29, aims to raise awareness and improve education about railroad safety. As part of Union Pacific Railroad’s Community Ties Giving Program, Safe Kids Worldwide launched the Start Safe Travel program to teach parents and educators the safest ways to transport children, including how to prevent railroad-related injuries.

“Thanks to a grant from Union Pacific, we’re able to pilot our Start Safe Travel program in communities around the country that are at high-risk for railroad-related injuries and deaths,” said Torine Creppy, president of Safe Kids Worldwide. "We want every family to know how to be safe around railroad crossings.”

One feature of this program will be a new children’s book, Clifford and the Railroad Crossing, that Safe Kids and Union Pacific are creating with Scholastic. This will be a tool for educators and parents to teach kids about railroad safety in a fun and engaging way.

“Safe Kids Worldwide and Union Pacific share a commitment to making communities safer for children and families across the United States,” said Rod Doerr, Union Pacific vice president and chief safety officer. “Our partnership allows us to reach even more parents and families with this life-saving information.”

If lights are flashing or the gate is down at a railroad crossing, wait for the train to pass completely before crossing. It is never okay to rush across and try to beat the train. Trains may be closer and faster than you think.

Allow enough space for your vehicle to completely clear the entire railroad crossing, not just the tracks, before you attempt to cross. Remember, trains are at least three feet wider than the tracks on either side, so even though you clear the tracks, you may still get hit by the train.

If you are using a cell phone, headphones or a game, remember: heads up, devices down when you cross the tracks. Once a train starts to brake, it can take a mile for the train to stop. So when you see a train, it’s already too late for it to stop for you. Headphones should be removed, so you can hear an approaching train’s horn.

Don’t be tempted to walk along the railroad track. It might be a shortcut, but it is dangerous and not worth the risk. It is against the law to walk on the track and the land around it because it is private property.

Safe Kids Worldwide is a nonprofit organization working to protect kids on the road, at home and at play. Preventable injuries are the number one cause of death for children in the United States. Safe Kids works with an extensive network of more than 400 coalitions in the U.S. and with partners in more than 30 countries to reduce traffic injuries, drownings, falls, burns, poisonings and more. Join our effort at safekids.org.

Union Pacific Railroad is the principal operating company of Union Pacific Corporation (NYSE: UNP). One of America's most recognized companies, Union Pacific Railroad connects 23 states in the western two-thirds of the country by rail, providing a critical link in the global supply chain. From 2008-2017, Union Pacific invested approximately $34 billion in its network and operations to support America's transportation infrastructure. The railroad's diversified business mix is classified into its Agricultural Products, Energy, and Industrial and Premium business groups. Union Pacific serves many of the fastest-growing U.S. population centers, operates from all major West Coast and Gulf Coast ports to eastern gateways, connects with Canada's rail systems and is the only railroad serving all six major Mexico gateways. Union Pacific provides value to its roughly 10,000 customers by delivering products in a safe, reliable, fuel-efficient and environmentally responsible manner. 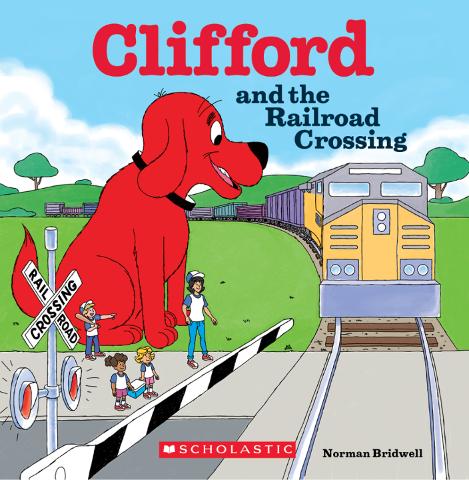