"When you are an American company that was created by Abraham Lincoln's pen, well, patriotism and presidents run deep," said Scott Moore, Union Pacific senior vice president and chief administrative officer. "We have flags on the sides of our locomotives and nearly 20 percent of our workforce is military veterans. It was our privilege to honor President Bush in a way that gave Americans from all walks of life the opportunity to do the same."

Viewers will have the opportunity to see it on the following broadcasts:

"Uniting America: The President's Final Journey" will show never-before-seen footage, and go behind the scenes with the Union Pacific employees who were instrumental in executing the long-planned and first presidential funeral train since Dwight Eisenhower's in 1969.

While millions around the globe watched on television, thousands of people stood for hours waiting to catch just a brief glimpse of the funeral train and pay their last respects. Led by the George Bush 4141 locomotive, the 13-car train made the 2.5 hour, 70-mile journey from Spring to College Station, Texas, where the former president was laid to rest after a final funeral in Houston. This special train served as a tangible connection between the people and their former president. 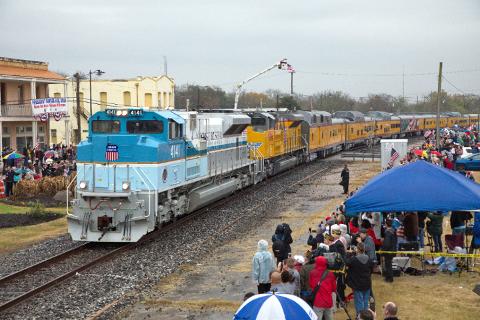 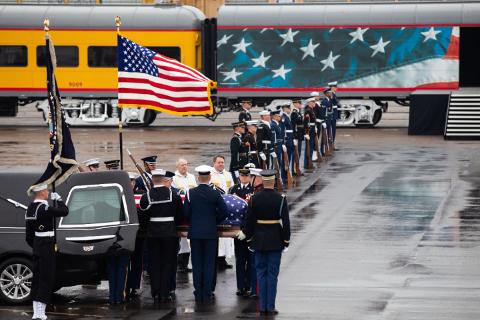