San Antonio Spurs and UP Urge Sports Fans to Be Safe

Things are "Heating" up in San Antonio, where everyone is thinking basketball -- and championships. Union Pacific and Spurs Sports and Entertainment would like everyone also to think "Rail Safety," especially as they head to the AT&T Center for the playoffs.

When the San Antonio Spurs host Game 2 of the playoff series tonight against the Miami Heat, and as the crowds pour in, extra security will be on hand to ensure motorists park a safe distance from railroad tracks that run alongside the AT&T facility.

"Spurs Sports and Entertainment is proud to partner with Union Pacific Railroad to ensure our fans enjoy the game atmosphere and stay vigilant around railroad tracks. We remind everyone that when you see tracks, always expect a train," said Bobby Perez, senior vice president-corporate relations and general counsel for Spurs Sports and Entertainment.

The AT&T Center has a game-day capacity of 18,851, and Union Pacific and the Spurs want everyone to leave as winners, and go home safe. 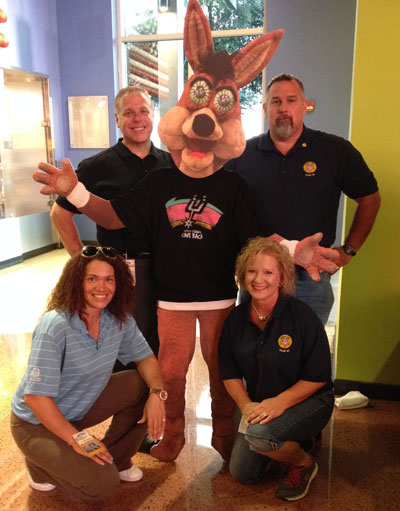