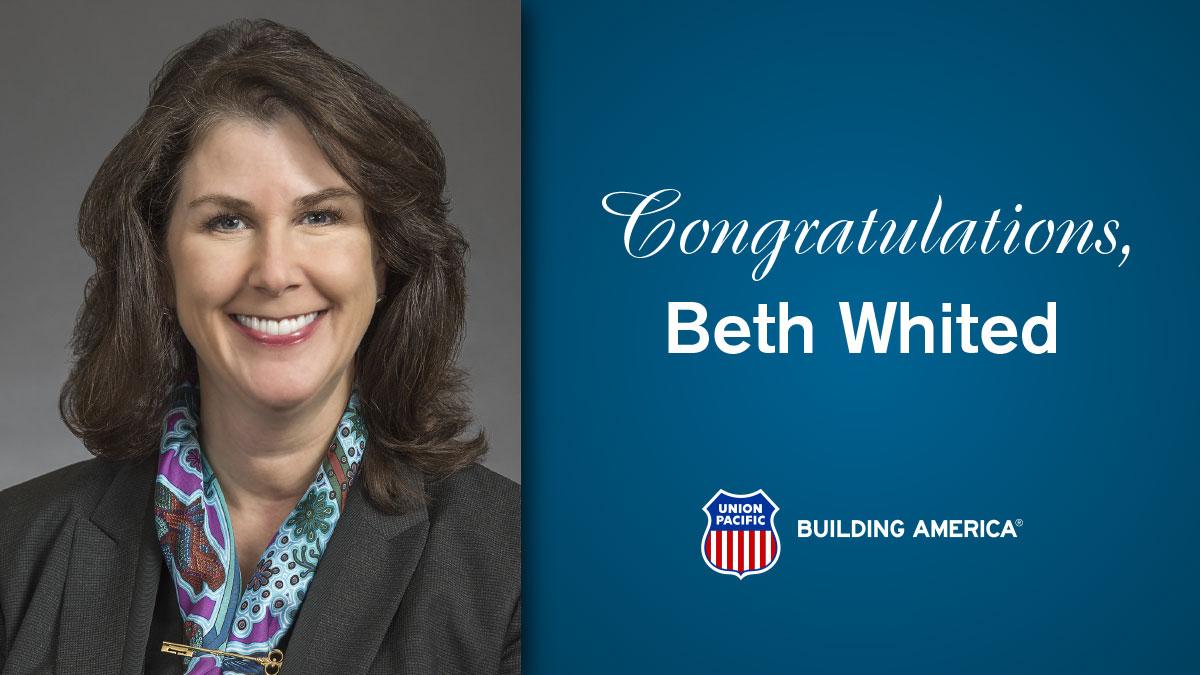 Whited was named the 2021 Railway Woman of the Year by the League of Railway Women (LRW) and Progressive Railroading magazine. She also was one of several women named “2021 Women in Rail” by Railway Age magazine.

Finally, Whited was one of about 40 chief human resource officers named for the 2021 Top CHRO Award by Stanford Graduate School of Business and N2Growth, an executive search firm. The honor goes to top HR officers who have shown a “commitment to their craft by bettering people inside and outside of their organizations.”

Throughout her career, Whited has embraced innovation and “out-of-the-box thinking,” the League of Railway Women said.

In her current role as Chief Human Resource Officer, Whited has lead Union Pacific through the pandemic, navigating the company and its employees through the early days of lock down, and working with every department, medical experts and the Center for Disease Control to keep employees safe and on the job.

“Beth’s commitment to Union Pacific and focus on attracting and retaining women in rail is a cornerstone of LRW’s mission to cultivate and connect women in rail. Her efforts have given our industry wider depth and much needed talent and diversity.” said LRW President Amanda Trainor Patrick.

Whited has been with Union Pacific since 1987 and began her first executive role at the company more than 20 years ago, serving as the head of Investor Relations and then, Marketing and Sales business units.