CAREEROCKIT Launches Next Generation of Innovators 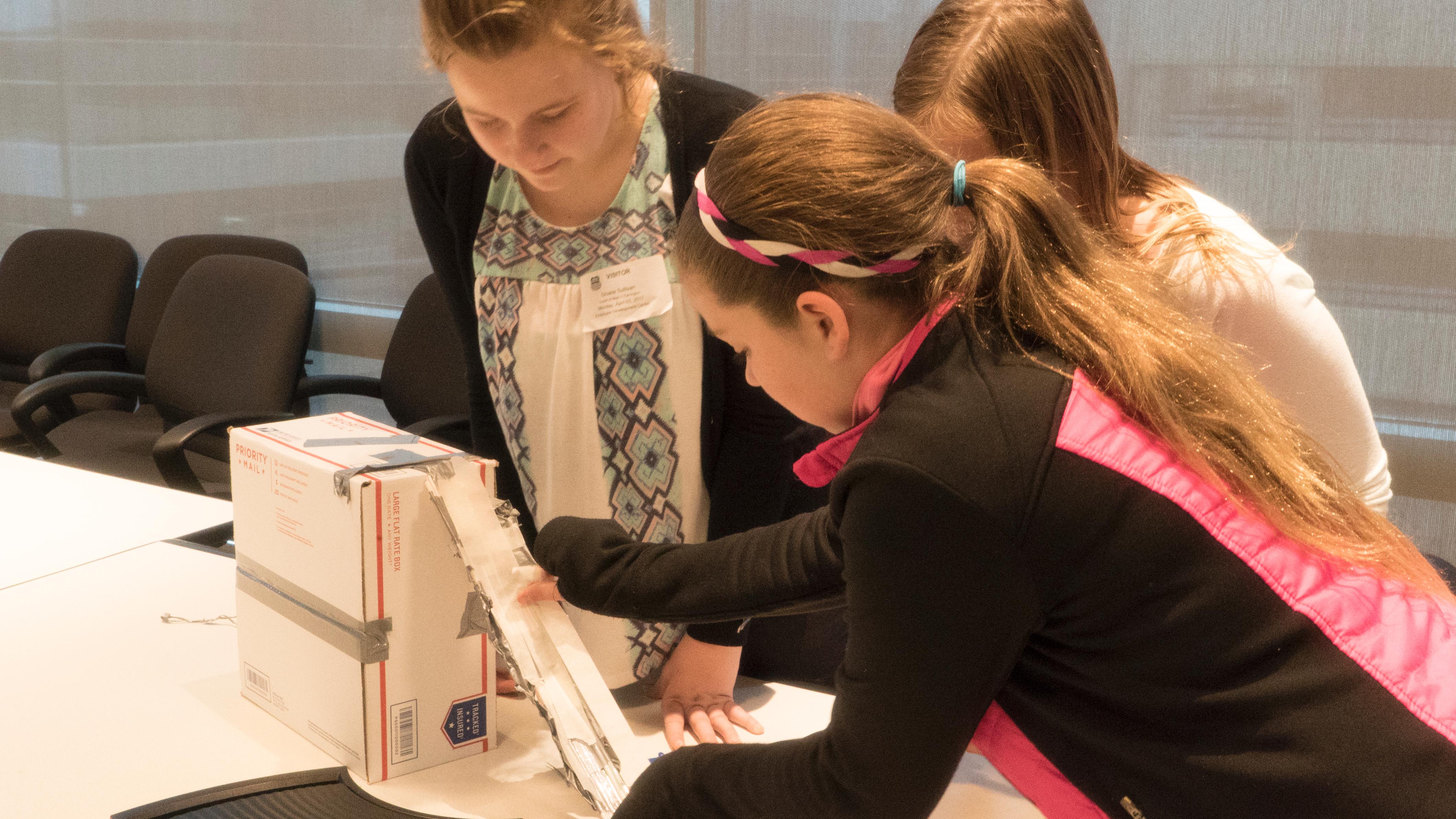 Omaha-area fifth- and sixth-graders try their hand at a Rube Goldberg challenge.

How do we get children excited about entering the workforce? The answer isn’t in a textbook, and it’s not often in a classroom. It’s with hands-on activities and opportunities to experience a taste of what their future may hold. With that in mind, the Greater Omaha Chamber of Commerce recently held CAREEROCKIT, a weeklong program aimed at providing 10,000 student experiences, half tech-related, to launch future careers.

“We often hear kids say they want to be a dentist or doctor, but what about a programmer or someone who builds websites?” asked AIM Institute’s Vice President of Strategic Partnerships Victoria Novak. “We want students thinking about opportunities that don’t even exist yet.”

“Students don’t really think about culture, but sixth-graders experience it daily in their classrooms, and whether they verbalize it, they know what a good environment feels like,” said Therese Laux, self-described “Experience Architect” for Union Pacific’s CAREEROCKIT activities and 4-H Youth Program Coordinator at the University of Nebraska-Lincoln Extension Office.

Artificial intelligence is all around us from Amazon’s Alexa turning on and off lights to self-driving cars. In this module, students got a taste for programming. Ozobots, about the size of a golf ball, move on flat surfaces by reading color-coded lines. Students were first challenged to learn different patterns, before getting a chance to write their own code and program the Ozobot on an iPad.

“Prior to this, these kids might have thought coding was scary,” Laux said.

Students Alex Reinstein and Matthew Lutz discovered the perfect color combination could send their Ozobot into a “tornado,” spinning several times. They also figured out the art of troubleshooting, helping each other get past technical difficulties. 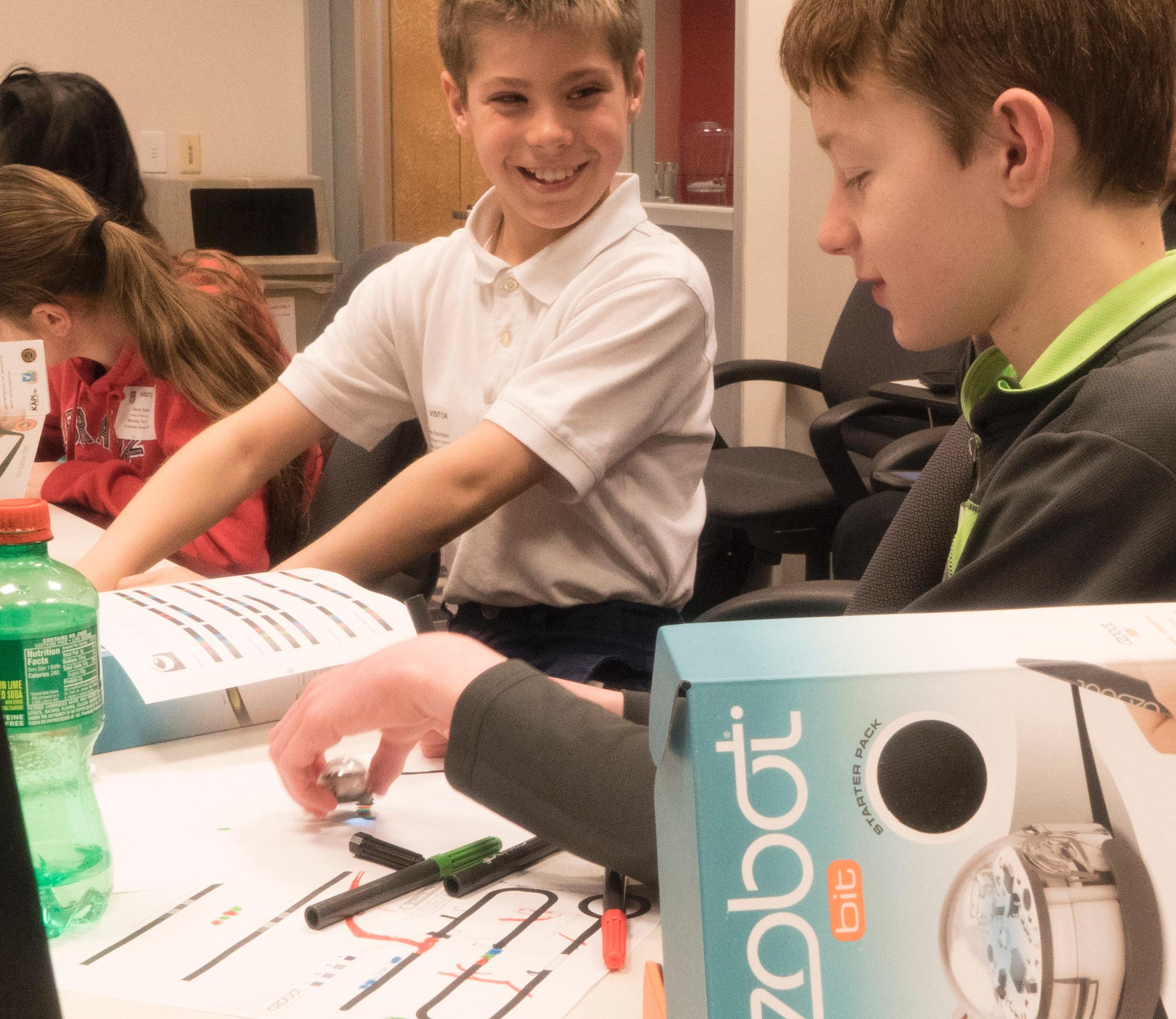 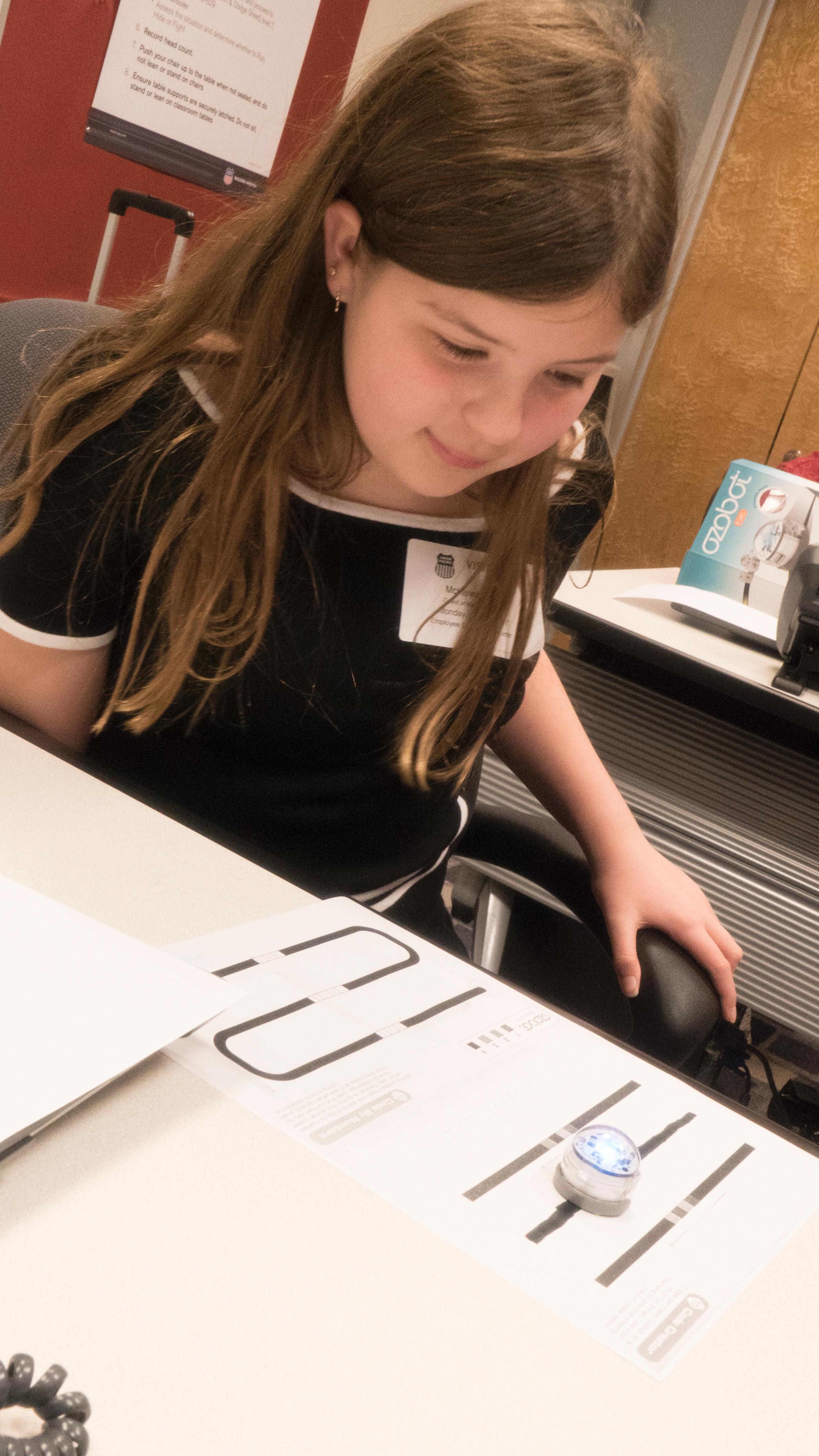 Students work with Ozobots to create a code and program their robot's movement.

Rube Goldberg challenges are designed to foster teamwork and problem solving in a non-traditional and fun environment. The concept comes from Pulitzer Prize-winning cartoonist, sculptor and author Rube Goldberg, best known for creating elaborate inventions to complete simple tasks. In this case, students worked in teams of three creating a device to propel a ping-pong ball for as long as possible. Their supplies: a cardboard box, tape, string, sandpaper, straws and scissors. But some teams realized early on, their instructions never limited them to the provided supplies. Many quickly incorporated tables and chairs.

“I liked working with our teams to make something from scratch,” said Buffett Middle School student Ashlea Whalen. “Our team won; our ball traveled for 14 seconds.” 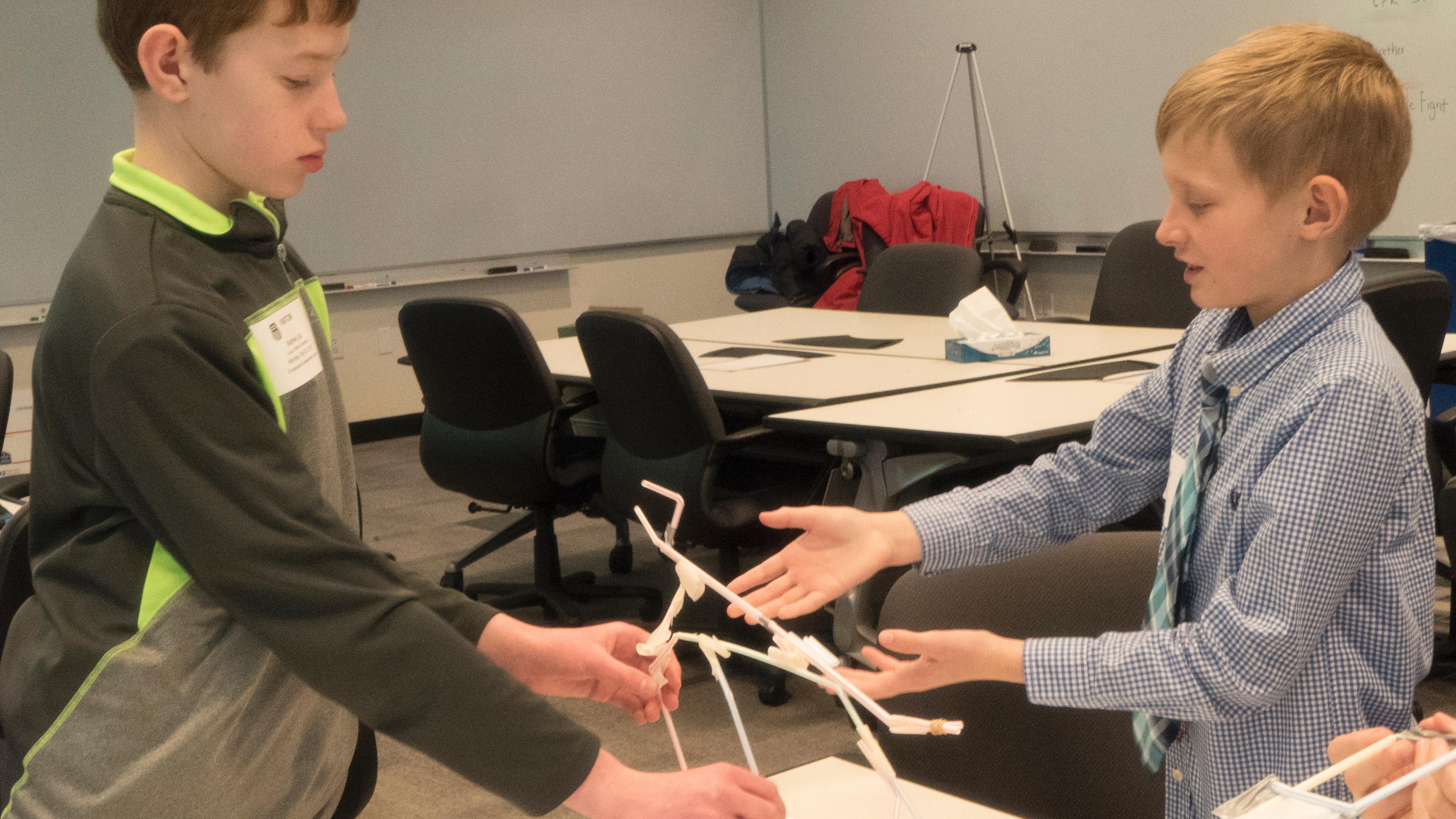 These students used straws to build their structure, but discovered it wasn't strong enough to support the ping-pong ball.

In the final module, students learned about cyber security and why it’s important to be honest and ethical. Discussions also included hacking.

“It was fun learning about encryption and how the government solves it,” said Kiewit Middle School student Maia McArdle. “I learned there’s a method called Caesar Cipher and it was really cool.”

A Caesar Cipher is one of the simplest and most well-known encryption methods, shifting letters a certain number of places in the alphabet. Students used a wheel to help break the code. 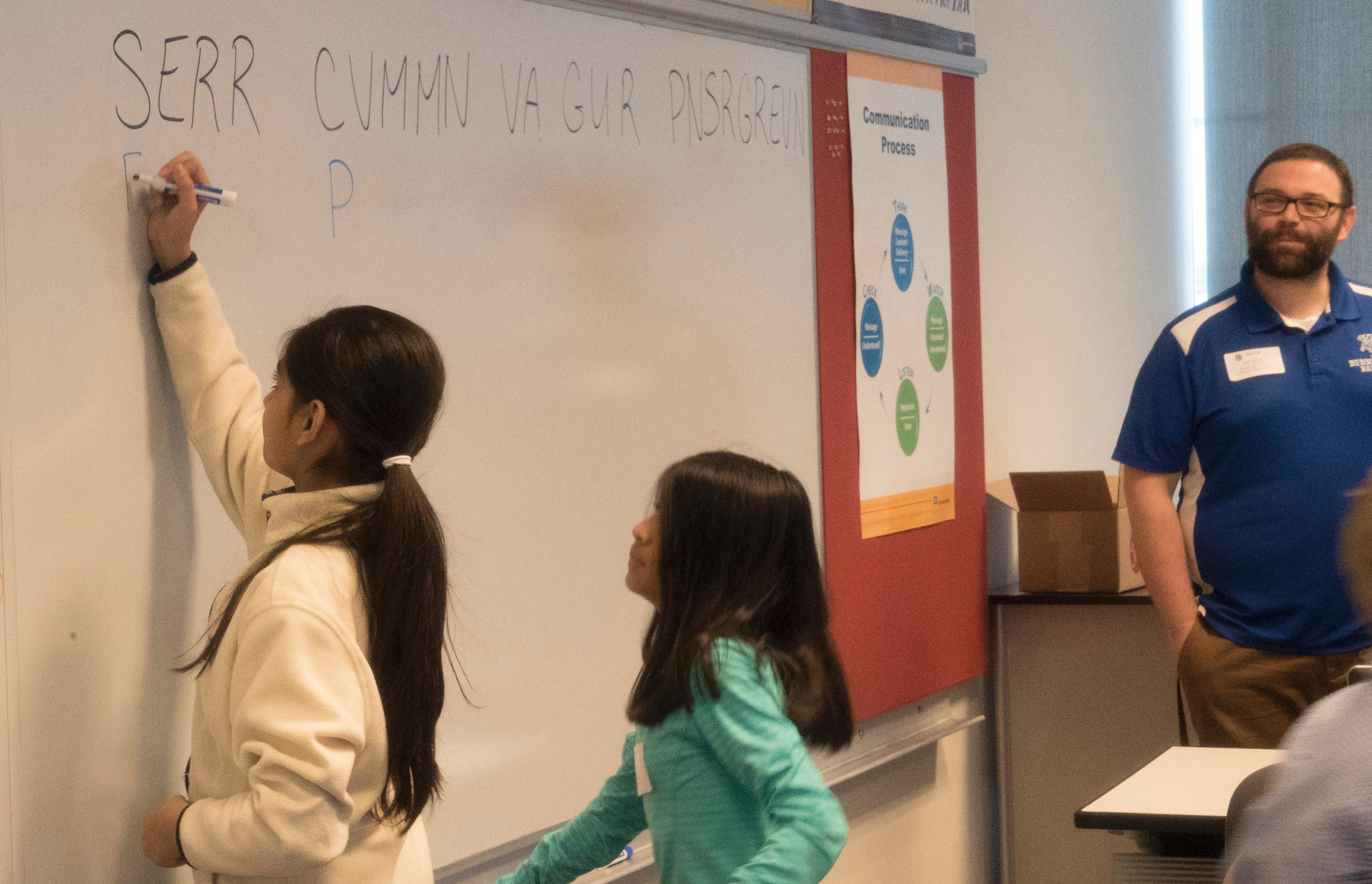 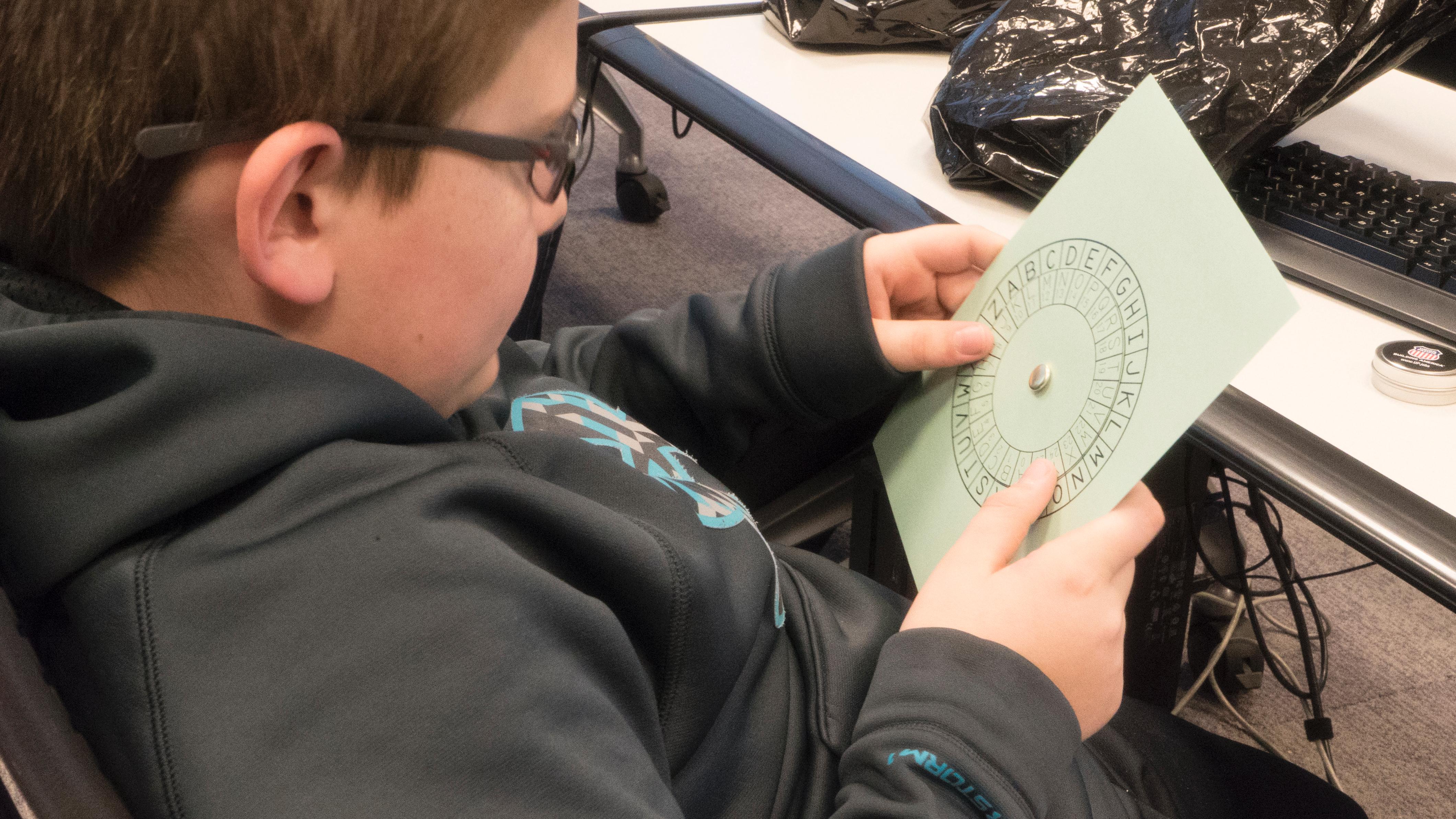 “At any given time, there are 600 open tech jobs in Omaha, which have a $102 million impact to our local economy,” Novak said. “We need programs like CAREEROCKIT. The more younger children are exposed to these opportunities, the greater the chance for them to be attracted to a tech-related field.”

Information about career opportunities at Union Pacific can be found at UP.jobs.