Chicago is home to the world's largest rail center. Main line tracks from St. Louis traverse the state of Illinois, headed for the metropolis and an east-west transcontinental main line terminates at Union Pacific's Proviso Yard in the suburb of Northlake. With six of the seven Class I railroads accessing the region, nearly 1,300 trains can pass through Chicago each day. 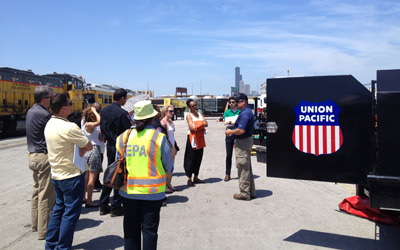 Other equipment included a converted boxcar classroom and a tank car; the Positive Train Control training trailer; one of UP's two track geometry inspection vehicles; and the UP foam trailer — designed to augment emergency responder capabilities in the event of a liquid fire involving rail equipment. 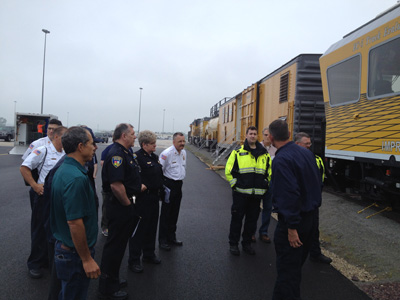 "We do this in the communities where we operate to show we are prepared in the unlikely event we would have an incident," said Tim O'Brien, director-Environmental Operations, Hazmat.

Representatives from Illinois EPA, Chicago DOT, the Villages of Barrington and Lombard, various Chicago Aldermen and local State Representatives, and multiple emergency response agencies attended. "It was great to learn about some of the new technology available to first responders," said Village of Barrington Mayor Karen Darch.

Training with the railroad is important, said Chicago Fire Chief Glen Lyman, adding, the Chicago Fire Department undergoes training on a yearly basis through Transcaer (Transportation Community Awareness and Emergency Response). "The more you do it, the more you'll remember it. " 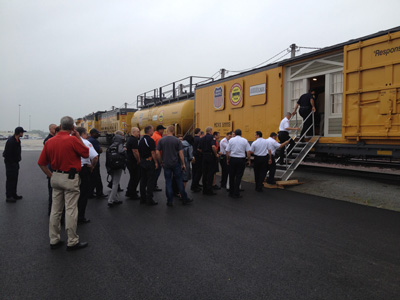 The training is very important not only for the first responders but for the railroad, too, said Lyman. "An incident is not the time for a first face-to-face meeting. Now, when we do have an incident, we've got a personal relationship." 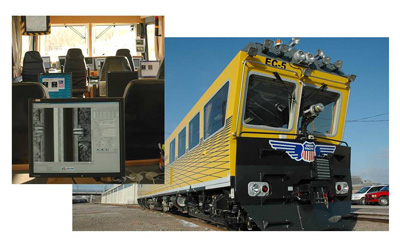 The track geometry inspection vehicle has 11 computer systems that gather data from lasers measuring track surface or level, rail wear and tunnel measurements. The on-board computers also use GPS systems to accurately record and report locations of variances. The real-time data from the EC-5 is used in scheduling track improvement projects.

On display and of special interest to the participants was the rail inspection truck, which uses the latest digital 48-channel ultrasonic technology to test rail stability. Traveling along the surface of the track, the rail inspection truck aims ultrasound at the rail steel at various angles, pulsing and then listening. The return "echo" is monitored, checking for patterns or inconsistencies.

What Illinois State Representative Elaine Nekritz learned will help her communicate to her constituents in the 57th District what is being done on their behalf, she said. "Understanding the efforts the rail industry is going through to promote safety and to protect our communities has really been enlightening." 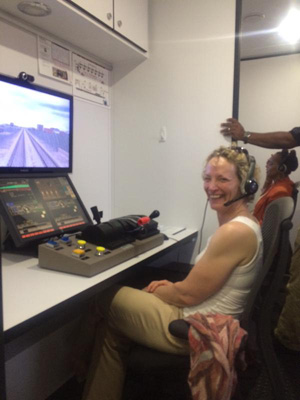