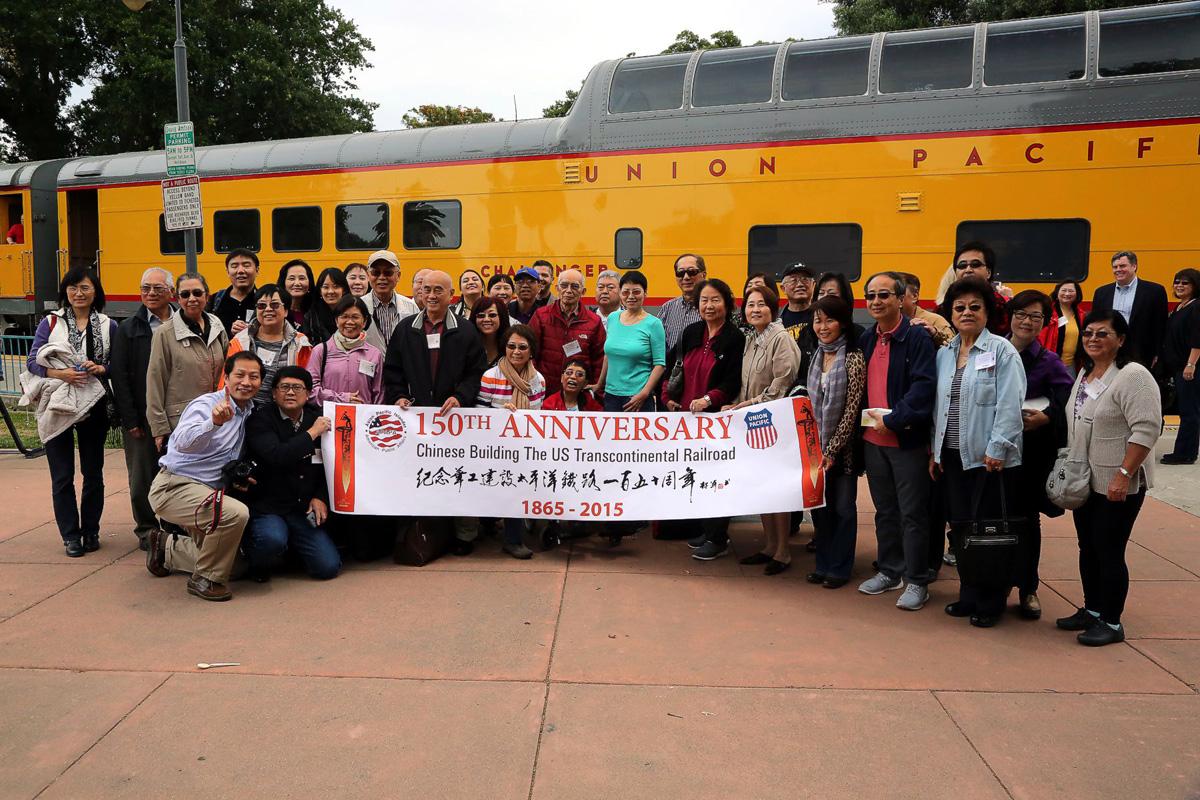 Several families celebrated the 150th anniversary of Chinese contributions to the Transcontinental Railroad during a special scenic excursion ride May 15.

Some believe the contributions of Chinese workers to the Transcontinental Railroad – one of our nation's most ambitious endeavors – have been forgotten.

Some believe the contributions of Chinese workers to the Transcontinental Railroad – one of our nation's most ambitious endeavors – have been forgotten.

Gene Chan, a fourth generation Chinese immigrant, would agree. It wasn't until Chan was in his 70s that he discovered his great grandfather, Jow Kee, played an integral part in constructing the Transcontinental Railroad.

Like Chan, many descendents of Chinese immigrants may not know the extent of their ancestors' involvement. In an effort to gather and keep their stories alive, 350 descendents of Chinese railroad workers came together on May 15 to celebrate the 150th anniversary of the Chinese contributions to the Transcontinental Railroad. The event was sponsored by several organizations, including Union Pacific.

To honor the Chinese contributions to the Transcontinental Railroad, Union Pacific ran a special scenic excursion train. Gene Chan spoke about his great grandfather Jow Kee at the event.

Working on the Railroad

It was through a chance meeting at the California State Railroad Museum that Kee's story began to unfold. Chan discovered his great grandfather's name listed on a Central Pacific Railroad payroll log. It was the joining of the Central Pacific and Union Pacific railroads that formed the Transcontinental Railroad. 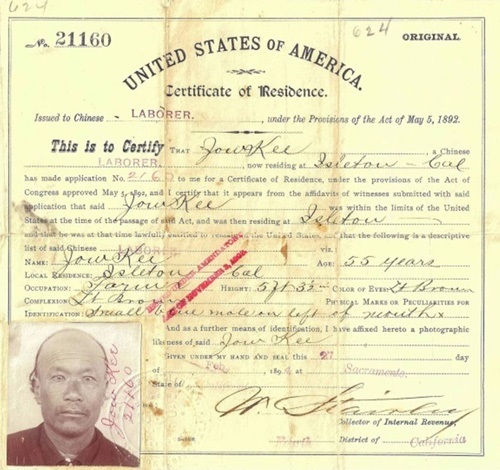 "I learned that my great grandfather, Jow Kee, was born in Sun Chung Village, Heung Shan District, China, during a period of foreign invasions, economic recession and overpopulation," Chan said. "In 1855 he arrived in California. He found work with some gold miners as a helper, and it was through that work that he learned English. He was only 15 or 16. It is assumed that the miners gave him the American name Jim King."

Ten years after Kee's arrival, gold mining slowed. At the same time, the Central Pacific Railroad faced a severe labor shortage. Like Kee, tens of thousands of young Chinese immigrants had traveled to California chasing the promise of gold. Central Pacific President Charles Crocker suggested the railroad hire these available workers. Central Pacific Superintendent James Harvey Strobridge resisted Crocker's suggestion. He didn't believe the Chinese men could handle the grueling labor. Despite his prejudice, 50 men were hired for one month to do the life-threatening work of blasting rock and laying ties over the treacherous terrain of the High Sierras.

By 1866 the laborers proved Strobridge wrong, and Central Pacific was looking to hire as many Chinese men as possible. At this time Chan's great grandfather Jow Kee, now in his late 20s, formed the Jim King Company, a labor contracting business for Central Pacific Railroad. He became an important asset to Central Pacific because he was a contractor who could speak English and Chinese. "They needed him, he could communicate with the new Chinese workers," Chan said.

Celebrating a Heritage of Hard Work

During the opening ceremony of the 150th anniversary celebration, the documentary film "The Silent Spike," was shown. The 10-minute video contains the story of several Chinese railroad workers who used their skills and ingenuity to build 15 tunnels between Nevada and Utah.

In addition to the video, guests were surrounded by a historical photo exhibition created by a crew from Shandong Media Group. This Chinese media group had traveled along the Central Pacific route to explore the Chinese laborers' history, visit local museums and interview descendants of laborers and historians.

At the end of the night, a monument was unveiled at Gold Run in Colfax, California, that memorializes the Chinese workers who lost their lives during railroad construction.

Gene O. Chan was born in 1932 in Locke, California, a city built in 1915 to be a fresh start for several Chinese families after a fire destroyed the Chinese section of nearby Walnut Grove, California. Locke catered to residents of the California delta region. Chan's father and uncles managed a grocery store, where he worked throughout his childhood. 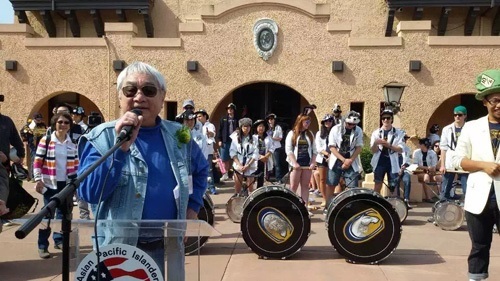 Gene Chan speaking about his great-grandfather prior to boarding the train for the scenic excursion.

"I went to City College for two years before I volunteered to join the Air Force. I served during the Korean War, and when the war ended I was given an option to go to the Air Force Academy or I could sign out and go to college. I signed out and went to California Polytechnic State University with the G.I. Bill. So that's how my life began."

Chan believes a lot of his success in life has to do with the legacy of hard work Kee established for his family. "I feel elated that his genes must have been passed on to me," Chan said. Chan earned a B.S. in Aeronautical Engineering from California Polytechnic State University, which led to a 34-year career in Aerojet's solid rocket propulsion division. He and his wife, Louise, have four children, three girls and one boy.

The Saturday after the anniversary celebration, Union Pacific ran a special scenic excursion train to honor the Chinese contributions. Chan spoke about his great grandfather at the event.

When the speakers and marching bands concluded in Davis, 150 participants, including Chan, climbed aboard Union Pacific's heritage passenger cars. The excursion train ran between Oakland, California, and Reno, Nevada, over Donner Pass, a trip that took about seven hours. Experienced docents were aboard to tell stories about the Chinese workers' achievements.

Chan is excited to share the past with his children and grandchildren, and is looking forward to the future. "I'm pretty well along now," Chan said. "I'll be 83 in about a month. We have a sixth generation happening here now; I have six grandchildren, so they will learn, too. I'm lucky that my mother was very good at keeping records."