Zachary and Paul Smith with families on vacation.

Heartland Service Unit Yardman Zachary Smith and his father, Locomotive Engineer Paul Smith, experienced this firsthand after Zachary's daughter, Emery, was diagnosed with neuroblastoma – an aggressive form of childhood cancer – and passed away a year later in 2017 at the age of 3.

The Kansas City, Missouri, family spent the majority of that year on the hospital's oncology floor with Emery. During that time, they learned more about cancers affecting young children, the research and funding struggles, and got to know other families enduring the same hardships. 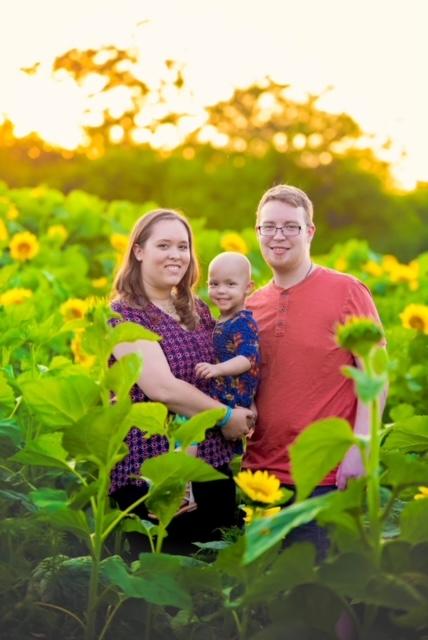 "People don't realize until they're impacted by cancer just how devastating it is," Paul said. "It's hard to put into words."

While the Smiths faced hurt, uncertainty and loss, their UP family stood with them.

Grateful for the overwhelming support, the Smith family committed to returning the favor by creating Emery's Memory Foundation in April 2018. The foundation's mission is to raise awareness, support families and fund research for childhood cancer.

"It's a big problem," Paul said. "As a community, if we got behind research, we could make a big difference to end this tragedy."

The Smith family is dedicated to making a difference for the 700 children annually impacted in our country by neuroblastoma – and they aren't slowing down any time soon.

One of their recent efforts was ‘Emery's Thunder Run,' a four-month run by Emery's great uncle that tracked 3,076 miles coast to coast.

Completed in November, the run was split into 19 segments to represent different children affected by neuroblastoma. The run attracted media attention across the country, so far raising more than $150,000 toward its $200,000 goal donation to Beat Childhood Cancer. 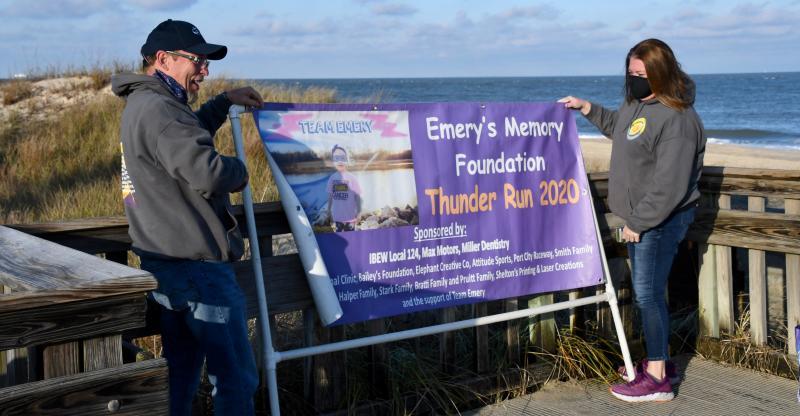 Emery's grandparents, Paul and Missy Smith, at an event for Emery's Thunder Run.

"I'd like to see more awareness; there are a lot of children with cancer, and it's devastating," Paul said. "There isn't a huge amount of funding, so the only way we're going to put an end to it is if we all pitch in."