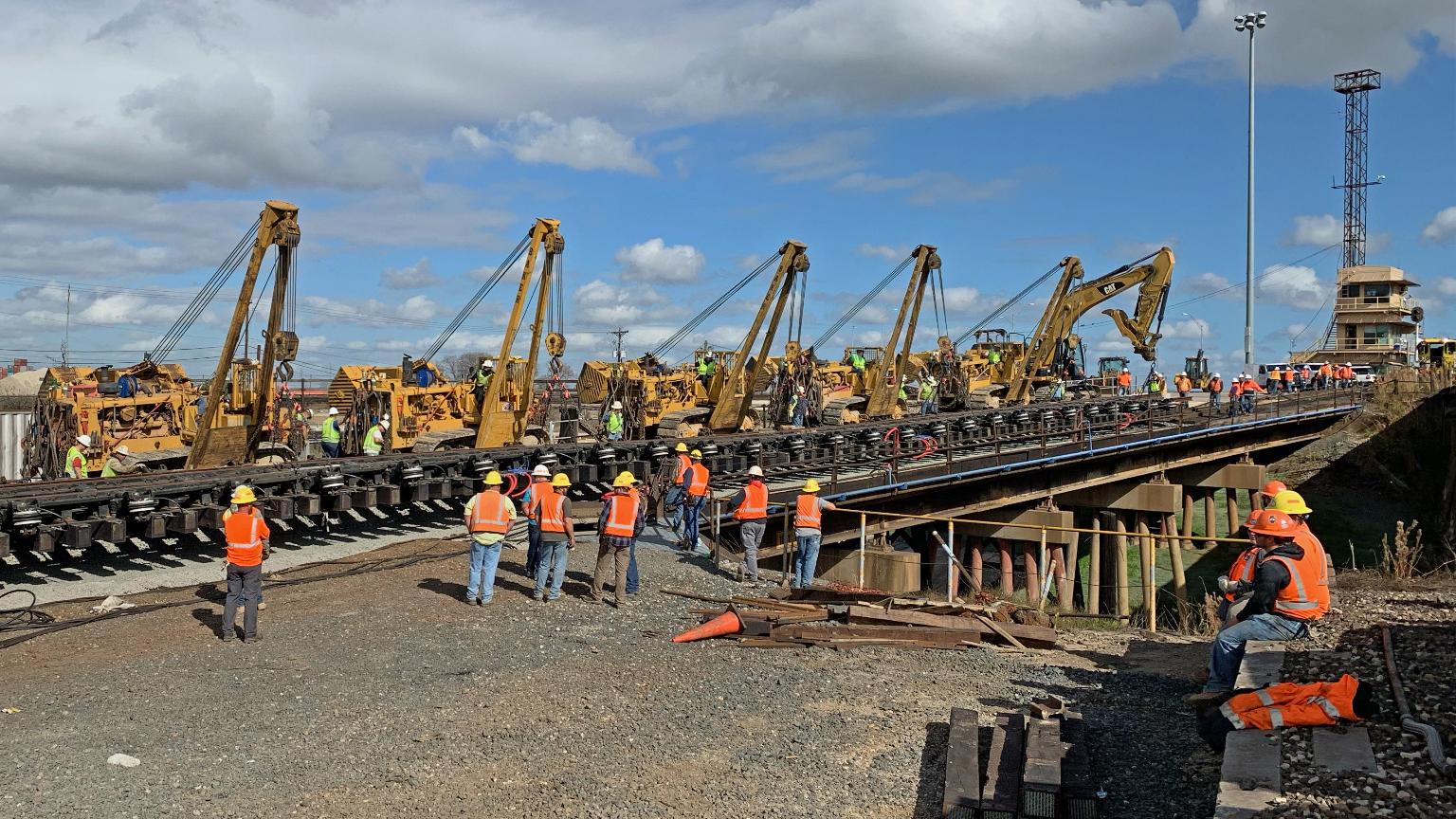 “How this team came together – planning, practicing and then executing flawlessly – is a true testament to the power of teamwork and what we can accomplish when we work toward the same goal,” said Union Pacific’s Andrey Drozdov, general manager, Transportation, Houston Service Unit. “Everyone out there that day was excited to see their hard work come together.”

The new master retarder, a device installed in a classification yard to reduce the speed of freight cars as they’re sorted, is a critical piece of a larger plan to turn Houston’s Englewood Yard into a lean, mean car-processing machine.

“We’re making Englewood a flagship hump yard on the Union Pacific,” Drozdov said. “These efficiency improvements will ensure we can process more cars through Houston than we’ve ever done before.”

Replacing a master retarder requires temporarily stopping the entire hump operation. To ensure as little operational impact as possible to a yard processing about 2,700 cars daily, UP’s Engineering, Signal and Transportation teams carefully mapped out a plan, welded and pre-built the new master retarder, and knocked out a practice run that ensured six side booms and two track hoes had enough horsepower to lift the 283,000-pound device.

“We generally install new master retarders in three sections utilizing a crane; at Englewood, we were able to use a new bridge extension to stage heavy equipment, enabling us to save a lot of curfew time by pre-welding it and installing it in one piece,” said UP’s Glen Ivy, director-Signal Maintenance, Engineering. “A lot of teamwork went into making this happen by thinking outside the box.”

Then, on Dec. 29, the team started the timer on its eight-hour track curfew.

“The plan spelled out every step of the way,” said UP’s Michael Azzarello, superintendent-Terminal Operations, Transportation. “Everyone knew their role and responsibility.”

Once the old master retarder was removed in about 45 minutes, UP Engineering forces completed extensive grading work to accommodate drainage and ensure the new master retarder would be properly seated. Finally, the new device was installed in just under an hour.

“This was a huge accomplishment for the Englewood team to complete this project in close to eight hours, it’s just never been done before – in the past, this would have been a 16-hour project,” Azzarello said. “The entire team hung around just to see the first cars roll through. It was a really great experience knowing we are that much closer to processing 3,000 cars here.” 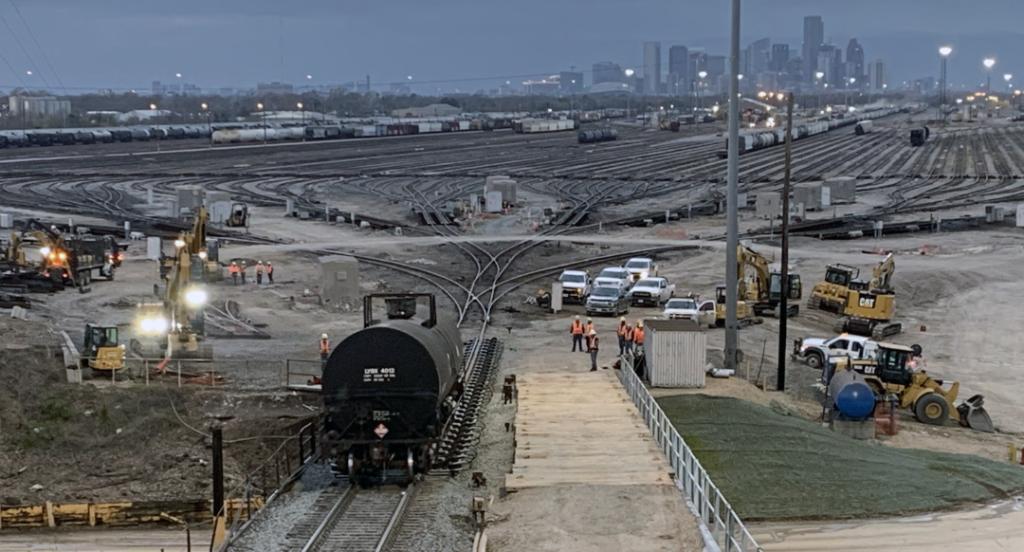 The first car rolls over the newly installed master retarder.