No Bad Apples in This Bunch 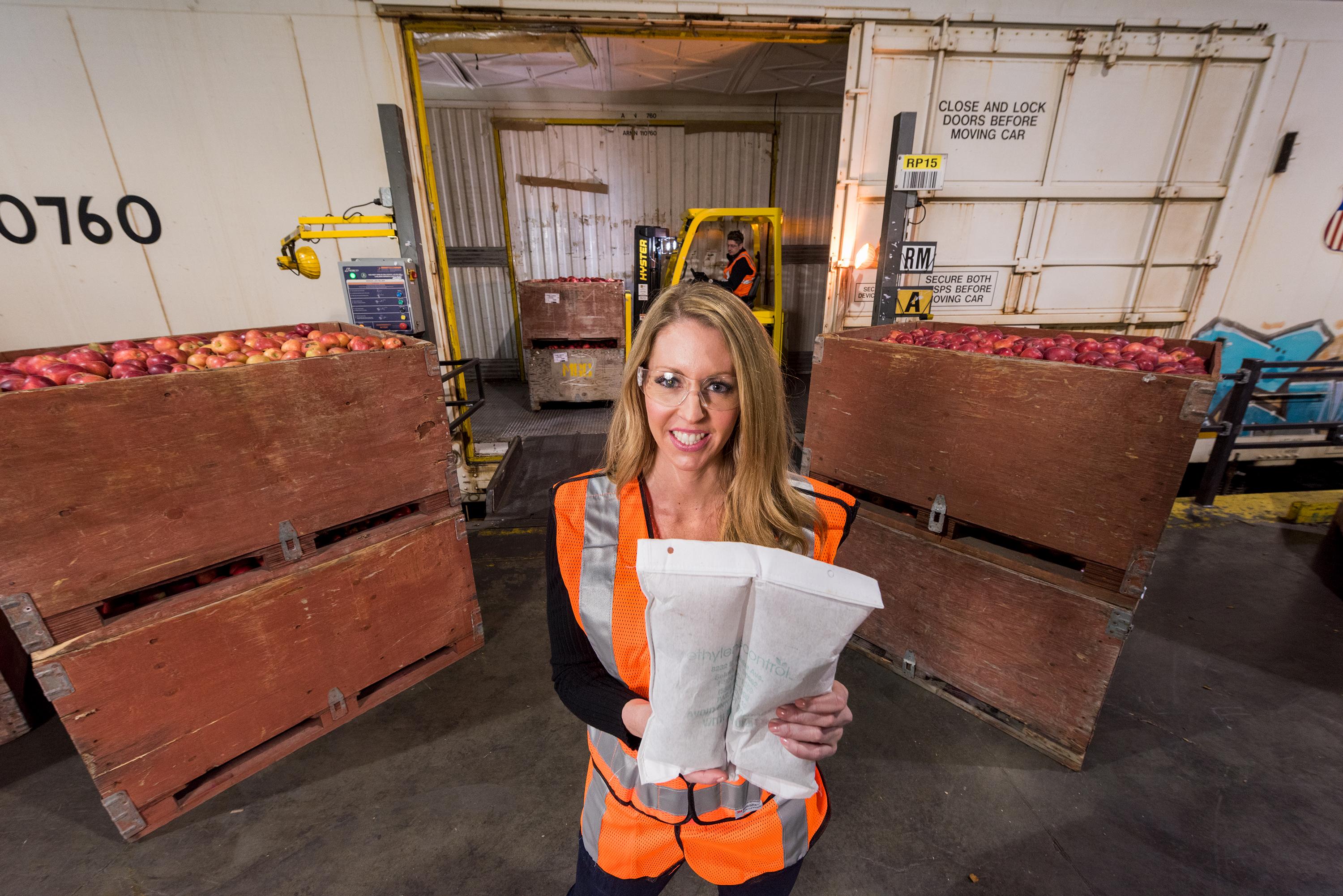 Some say one bad apple can spoil the whole bunch. Sarah Gross thinks she can prevent that with the right kind of filter.

Gross did some research and discovered the ripening process is triggered by ethylene gas. Ethylene is a plant hormone that degrades plant cells, causing fruits to ripen.

Created by NASA as a means to grow fruits in space, ethylene filters arrived on earth in 2004. The filters have been successfully used for several years by produce growers, flower companies and the Navy.

"I knew if this worked to keep produce fresh for 45 days in an ocean container, it could work for rail," she said.

Curious about implementing the filters in refrigerated rail cars, Gross began cold calling ethylene filter manufacturers to learn more. She submitted the concept as part of Union Pacific’s Marketing and Sales Department’s internal Shark Tank idea contest. Her project was one of eight ideas selected out of 80. 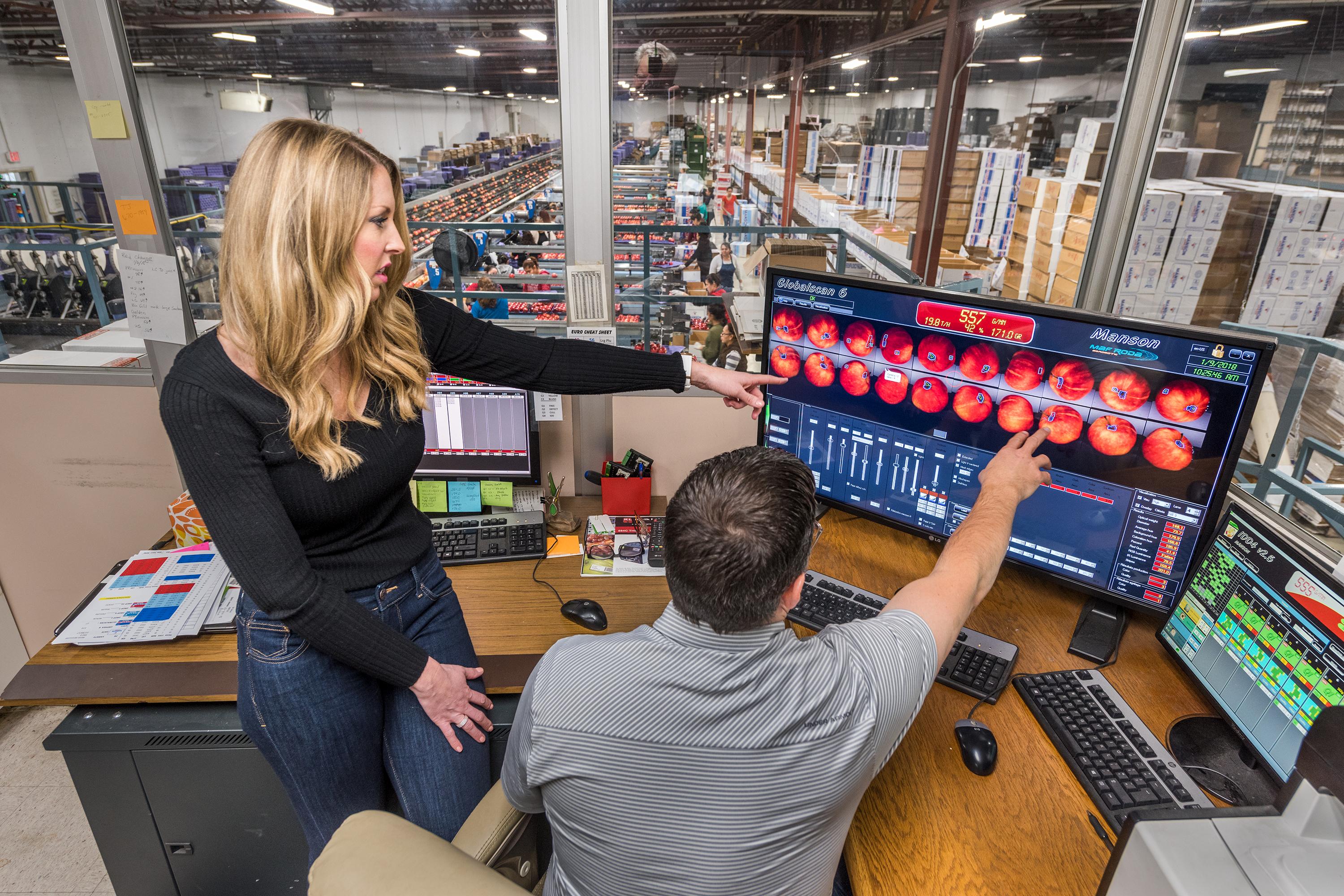 Gross won $10,000 to research and test her idea in the Union Pacific Marketing and Sales Department’s Shark Tank idea contest. She went to work learning about apple packaging and processing at Sundance Slope apple farm near Wenatchee, Washington.

The Shark Tank panel, made up of Marketing and Sales executives, asked the obvious question: Why has no one tried this before?

"I think no one ever thought to transport produce by rail because a truck can go coast-to-coast in four or five days," Gross said. "It's not a problem for the apple growers; they have a tried-and-true shipping method. But it is a problem for the rail industry, because it's business we're missing out on."

"We tested on apples because apples are high ethylene producers and Cold Connect was already moving them," Gross said.

Cold Connect is a new Union Pacific service for food and beverage shippers who require refrigerated storage and transportation. Gross discovered that the Cold Connect facility in Wallula, Washington, was using ethylene absorption tubes to test the effectiveness of ethylene filters inside their refrigerated railcars.

The tubes collected almost 11 liters of the gas, about 17 percent of the total ethylene produced in each car. "I didn't know how this test was important, or what the data portrayed," she said. "I had more research to do." 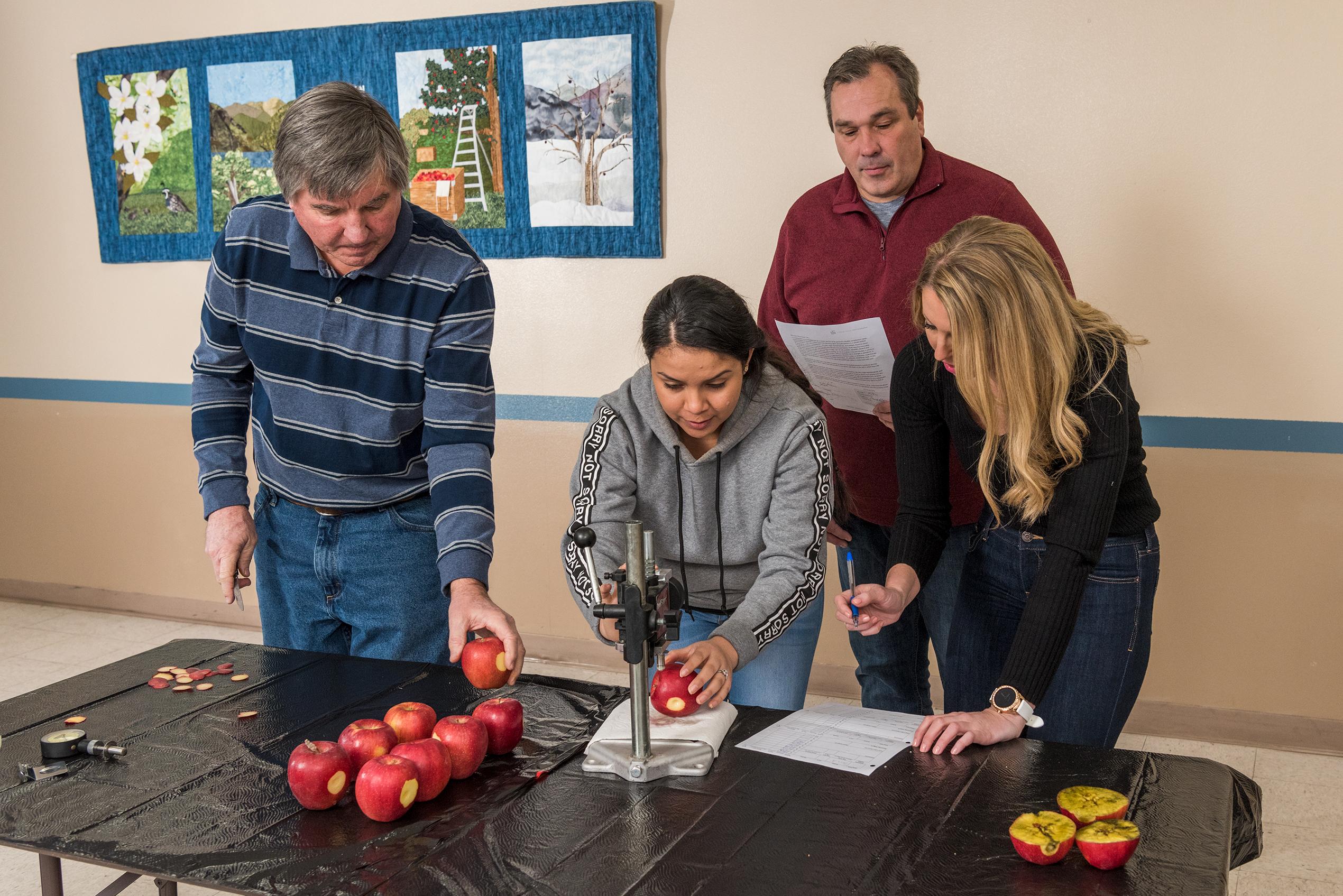 "Troy said pressure and starch are the two most important tests in the apple industry,'' Gross said.

"We can't say that ethylene control reverted the ripening process, but we can say that based on our test results, transporting apples in a rail car with ethylene control would potentially give grocery stores an extra 12 days on the shelf," Gross said.

Eventually Gross hopes to transition some of Hawkins' apple bin business to the railroad to facilitate further testing.

She said none of this would have happened without Shark Tank.

"Our leadership team needs to keep hosting Shark Tanks," she said. "It gives worker bees who see everything and who work directly with customers a safe space to present our ideas.”