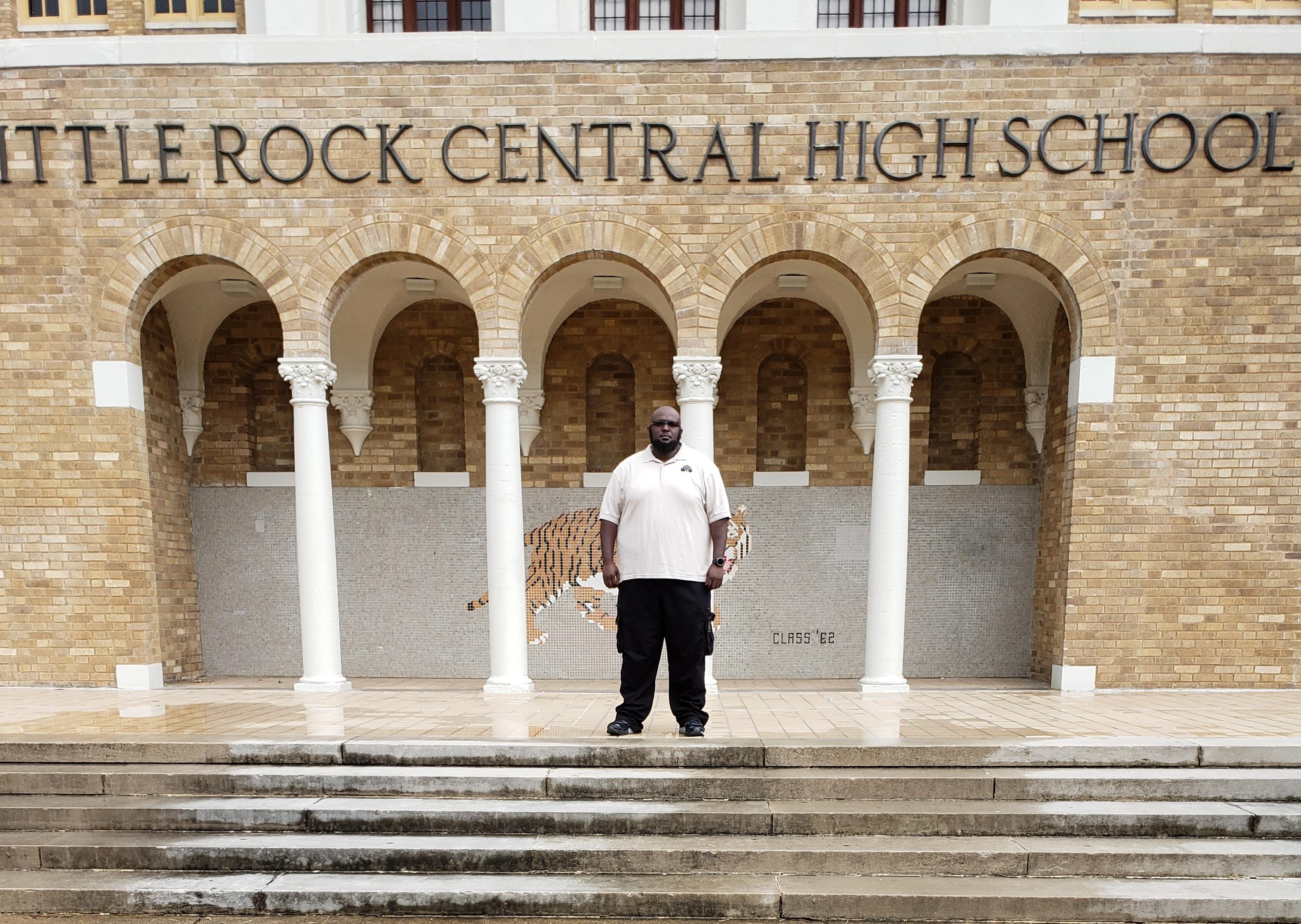 Little Rock Central High was the first school to be integrated in Little Rock, the capital of Arkansas. The 1954 U.S. Supreme Court Brown v. Board of Education of Topeka case ruled segregation unconstitutional, but the ruling wasn’t tested until three years later, when nine brave African-American teenagers, now called the Little Rock Nine, agreed to enroll in the formerly all-white high school.

Arkansas Governor Orval Faubus was a staunch segregationist. The night before the first day of school in 1957, Faubus ordered the Arkansas National Guard to prohibit all African-American students from entering Little Rock Central High. Throughout the following weeks, riots ensued, and the Little Rock Nine experienced devastating violence and harassment, requiring the U.S. Army to intervene.

“The Little Rock Nine symbolize perseverance, determination and the overall embodiment of the human spirit,” Watson said. “The older I get, the more I realize the significance of what they did for us, for me. That was a very significant milestone for not only African-Americans, but for race relations in our country.”

Watson graduated from Little Rock Central High School in 1996. Two years later, in 1998, the school was designated a National Historic Site, one of 417 national parks across the country. It continues to operate as a public school with over 2,500 students, and National Park Service rangers offer regular guided tours and field trips to the visiting public.

Now, thanks to the National Park Foundation’s Open OutDoors for Kids program, hundreds of students will be able to engage in an outdoor recreation activity and experience a live, on-site history lesson. Union Pacific’s Community Ties Giving Program will award the National Park Foundation $1 million annually through 2020. A portion of the $3 million is earmarked to encourage schools and youth organizations to explore their local national parks and historic sites like Little Rock Central High.

“I think it’s great that Union Pacific is investing in our national parks, especially Little Rock Central, because it shows that the company is committed to promoting diversity and is willing to invest in its communities,” Watson said. “Yes, something bad happened, but something good can come out of it, too. Plus, the railroad tracks are right behind the school.”

Watson says today the high school is a direct reflection of the world, with students from all walks of life and educational backgrounds in attendance.

“Integration has improved many people’s lives, but it has changed the perspective of many, also,” he said. “Sharing Little Rock Central High’s legacy reminds us to never let it happen again.”