Through Dirt, Rock and Water: Reopening Tunnel No. 11 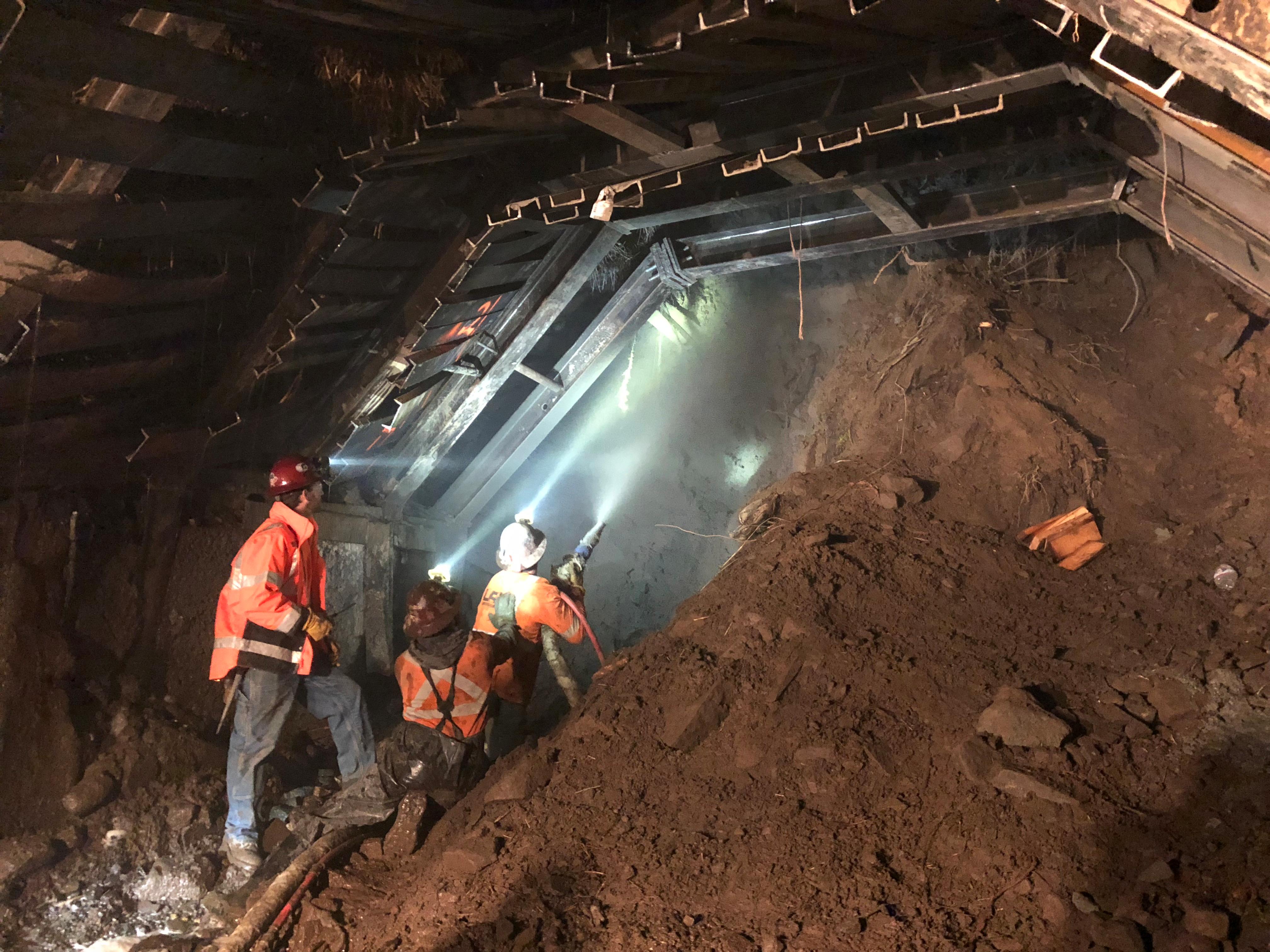 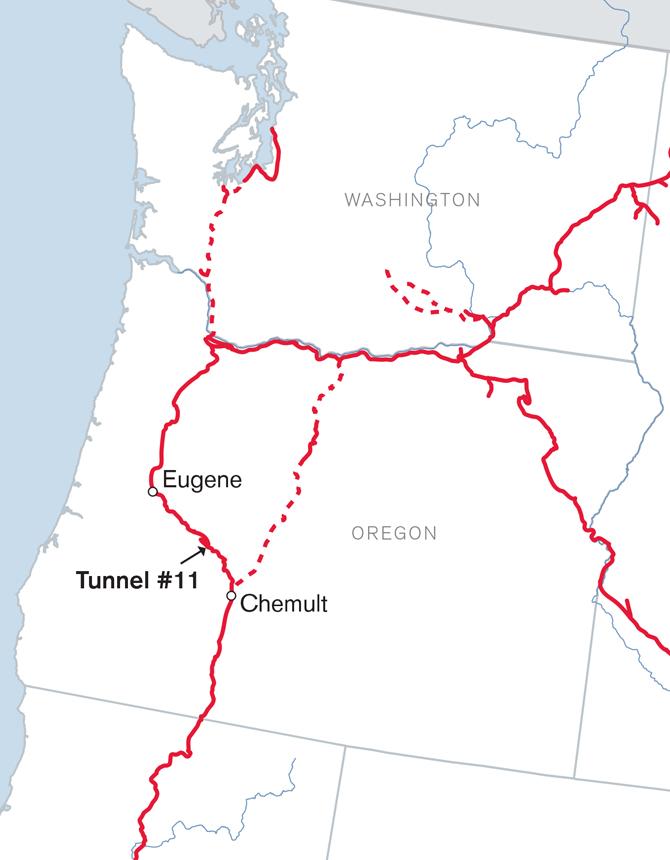 After Union Pacific's tunnel No. 11 collapsed May 29, workers had to carefully dig through nearly 40 feet of debris by hand to stabilize the structure.

Union Pacific’s Chad Rose said it was hard to understand the scale of what happened until he looked inside the tunnel. “My first thought was, is everyone okay?” said Rose, Union Pacific senior director of maintenance of way.

“It was so surreal,” said Union Pacific’s Jamie Hill, senior manager of bridge maintenance. “We always respond to what Mother Nature throws at us. But I have never seen a large-scale collapse like this in my 20-year career. I’m not sure too many people have.”

Union Pacific’s tunnel No. 11, located in the Cascade Mountains between Eugene and Chemult, Oregon, collapsed May 29. Prior to the collapse, crews were finishing the last six feet of a routine tunnel lining replacement when water started flowing in.

“As soon you see water, you get out,” Hill said. “Safety protocol is to back out, let it happen, then once it’s safe, start mucking it out. That safety protocol paid off. Everyone was out of the tunnel when it collapsed; no one got hurt.”

The tunnel is part of a critical railroad artery connecting Portland, Oregon, and Roseville, California. About 20 trains per day pass through the tunnel, originally built by Southern Pacific Railroad in 1926. 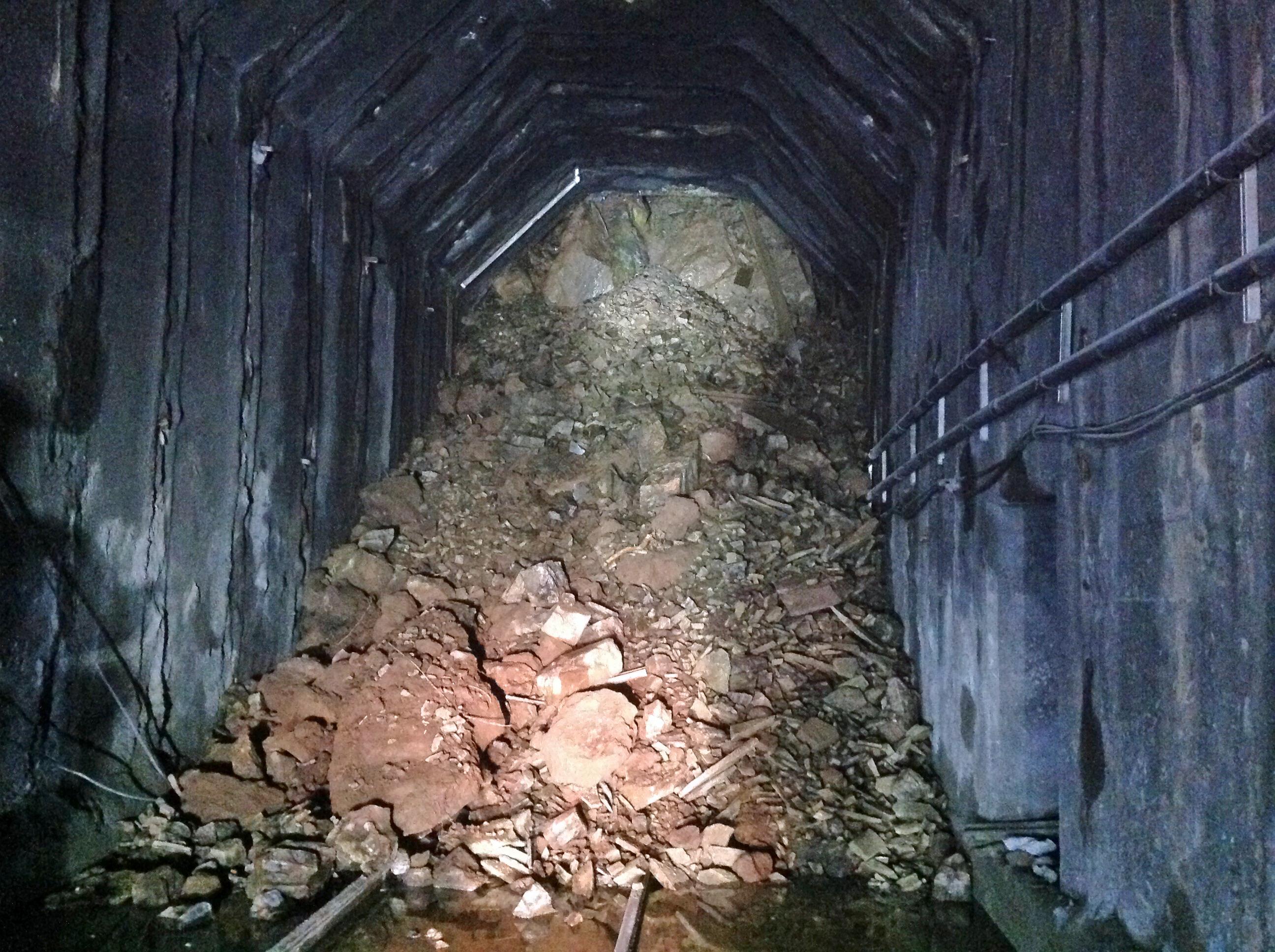 The tunnel, located in the Cascade Mountains between Eugene and Chemult, Oregon, collapsed before crews could finish a routine lining replacement. No one was inside.

Railroad tunnels typically are constructed within granite, but this tunnel is surrounded by dirt and rock, material that’s somewhat unpredictable. The material’s constant shifting made using standard excavation equipment impossible.

A 60-person crew worked rotating 12-hour shifts, 24/7, for nearly three weeks to remove 600 cubic yards – or more than 121,000 gallons – of debris from inside the tunnel. Through snow and rain, crews had to dig through nearly 40 feet of debris by hand, carefully working through three feet every 24 hours on a good day in calf-deep pools of mud.

To stabilize the tunnel, geotechnical engineers determined the crews should install 13 steel “sets”, or metal frames used for support. Installing the sets required notching out the sides of the tunnel’s wall. After installing the sets, crews drove “spiling” – steel channels – up and around the fallen debris to act as a canopy, keeping more material from coming down. Helicopters flew in hay bales to stabilize the mountain’s slope. If anymore rocks broke free, they would hit the hay first, providing a warning.

“It’s such a tight working space, they were actually digging the muck out by hand,” Rose said. “The entire time people are digging material out, there’s literally someone on their knees right behind them with a hand on their back. The person on their knees doesn’t stop staring at the tunnel’s roof for their entire 12-hour shift. If anything starts to come down, their job is to pull the person in front of them out of the hole.” 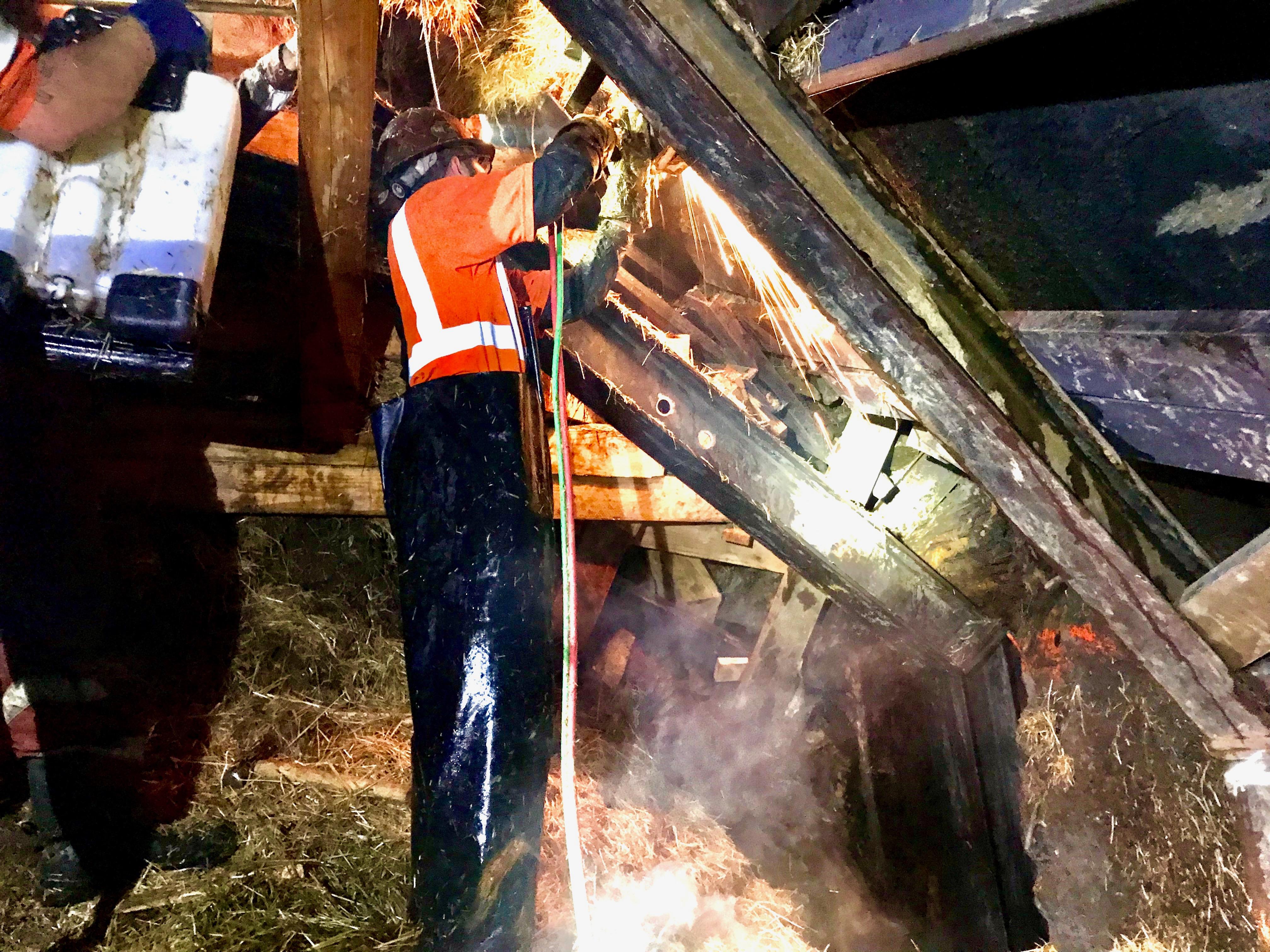 Crews installed metal frames and steel channels to stabilize the tunnel. After 23 days of around-the-clock work, the team completed the project injury-free.

No one was allowed to work on top of the tunnel at night. During the day, watchmen were posted to keep an eye out for falling debris. All workers were required to check-in prior to entering or exiting the tunnel. At the end of every 12-hour shift, everyone gathered to talk about how to proceed.

“We were always trying to think of the what-ifs,” Rose said. “We were just looking at mud, trying to determine what we might come across as we kept digging.”

Hill said the team had alternatives to accomplishing every task. “If a complication developed with plan A, we could quickly move to plan B, or even C, to ensure everyone’s safety,” he said.

Communication was another challenge. “Even the satellite phones didn’t work,” Hill said. “The telecommunications team was able to tie into the railroad’s existing fiber optic network to make that work for us.”

After 23 days of around-the-clock work, the team safely completed the difficult project injury-free.

The tunnel is now hardened with a nearly impenetrable steel and concrete lining, and Union Pacific is working with the National Forest Service to establish a natural slope to prevent future water erosion.

“Everyone came together and pitched in to help out however they could,” he said. “I wish it would have never happened, but I’m proud of how we handled it.”