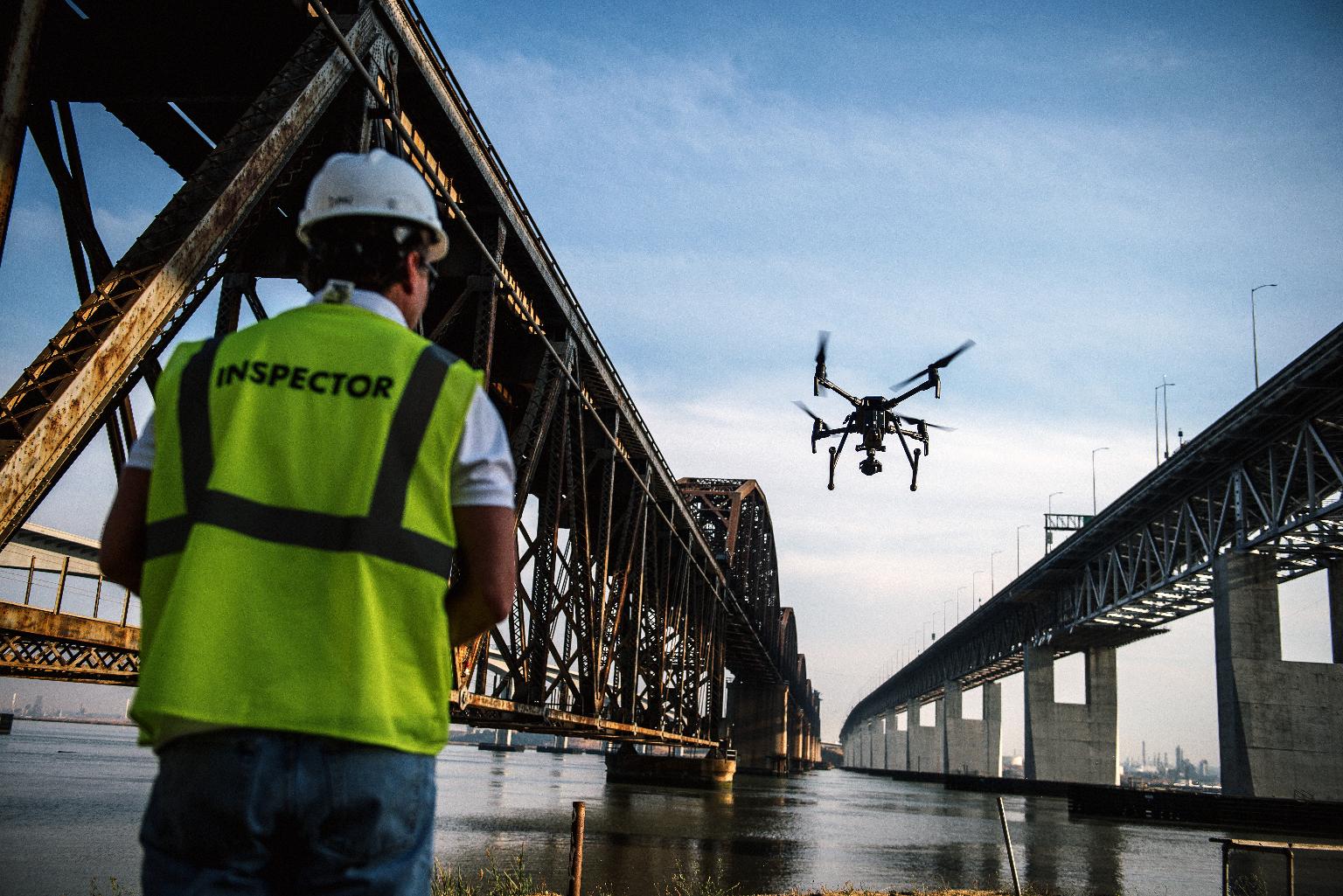 Autonomous drones are tested on the railroad bridge adjacent to the Benicia-Martinez Bridge in California.

We've all seen them – those miniature helicopters flying over back yards, ball parks and playgrounds. For most people, drones are little more than a high-tech toy waiting to be unwrapped under the Christmas tree.

But for American industry, drones are tools for doing jobs that weren't possible without a team of people or an actual helicopter. Railroads have been using drone technology for rail structure inspections since 2014, placing cameras where men used to hang from 800-foot-long metal bridges or 600-foot-high radio towers.

Like all new technology, railroads quickly discovered drones' limitations. Large steel structures can sometimes break the signal between the drone, the operator and the orbiting GPS satellite that makes everything work in harmony.

Ed Adelman – a 25-year railroad industry veteran who is now in charge of Union Pacific's operating safety team – discovered this problem while working with Union Pacific bridge inspectors on a railroad bridge in Blair, Nebraska, 20 miles north of Omaha. As the drone they were evaluating flew beneath the bridge, it lost GPS signal, causing the aircraft to lose track of its location, nearly plopping into the depths of the Missouri River.

Today, Union Pacific plays a leading role in advancing drone technology. For example, Adelman found a team that ultimately developed Perceptive Navigation Technology (PNT), which enables the railroad to fly drones in places without GPS coverage, such as within or under that large metal bridge or in the depths of long culverts.

PNT is the first step toward a technology that will change the very nature of how Union Pacific inspects its infrastructure. It will enable autonomous drones – drones that literally fly themselves. Soon, Union Pacific's army of nearly 600 bridge inspectors will be able to inspect the railroad's more than 18,000 bridges while their steel-toed boots remain safely planted on the ground. 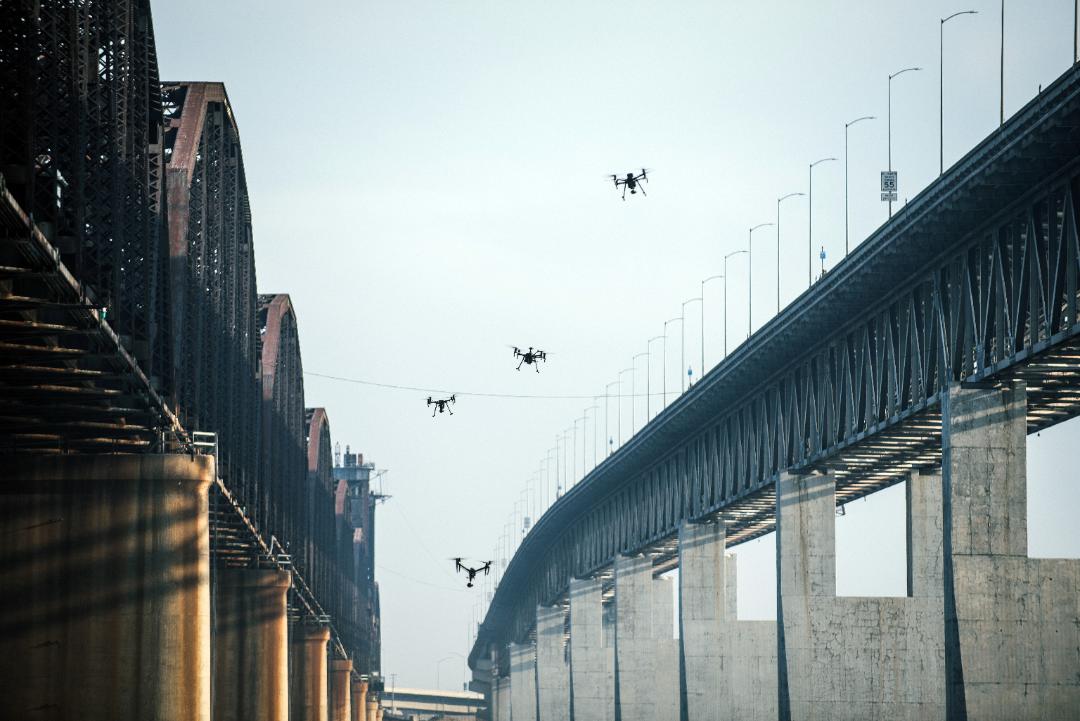 The railroad bridge adjacent to the Benicia-Martinez Bridge is more than 8,000 feet long.

"About two and a half years ago, a group of us got together to begin exploring the use of drone technology," said Bob Meder, Union Pacific's senior manager of unmanned aerial systems. "Things have evolved rapidly since then."

Meder, the chairman of the National Association of Flight Instructors, has more than 4,000 hours of flight under his belt as a pilot for 22 years and flight instructor for 16 years. He personally leads all drone operations, overseeing the training and licensing of Union Pacific drone operators, as well as working closely with the Federal Aviation Administration (FAA) to make sure the railroad's internal policies meet and sometimes exceed the FAA's requirements for drone pilots.

Union Pacific now has 80 employees certified to fly drones. Adelman expects to have close to 250 throughout Union Pacific's 32,100-mile network by this time next year. 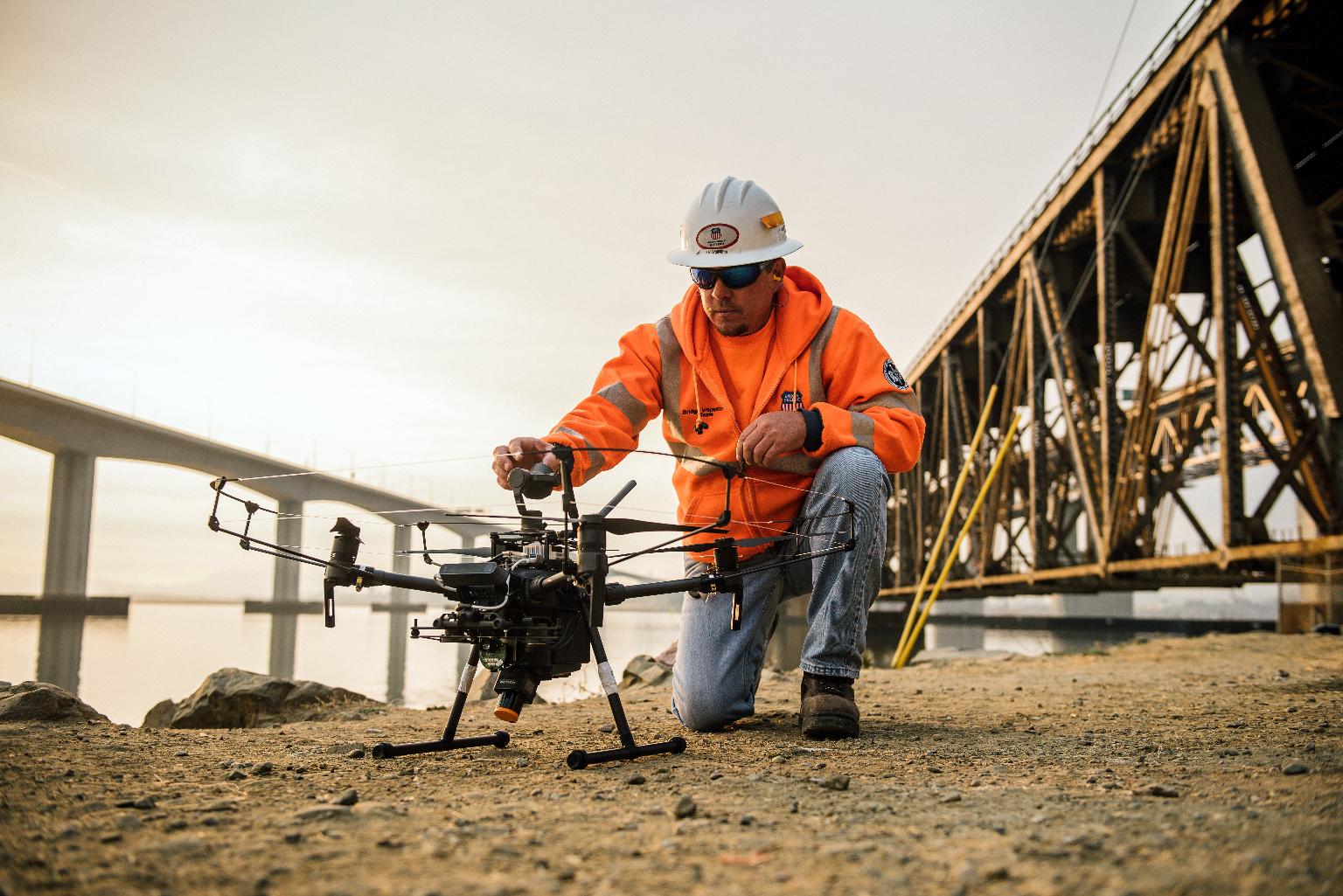 Over the past two years, UP has tackled obstacles that prevented live-streaming from anywhere in the country. To stream drone footage, the crew needed a backpack full of equipment and cables.

"Our first drone live feed was during the 2016 Cedar River floods in northern Iowa," Meder said. "When managers in the field and at headquarters can see the exact same picture, in real time, resource allocation is much more accurate."

The images from the drones changed the recovery plan. The team added more ballast – the rock that stabilizes railroad tracks – and sent resources in via a less-flooded rail route.

"The live stream was obviously useful, but the portability was a nightmare," Meder said.

Heath Pringle, a Union Pacific systems engineer, helped streamline the process. "Now we use a streaming protocol from someone's phone to a MiFi, or a mobile WiFi hotspot, over the cellular network and back into the office," Pringle said. "The MiFi is lightweight, and is a standard in the field with all the Information Technologies people."

UP worked with drone makers to develop software that can broadcast directly to UP's network instead of the usual social media channels.

Today, Union Pacific's network can handle 30 live drone feeds simultaneously with equipment that fits in the pocket of a neon safety vest. 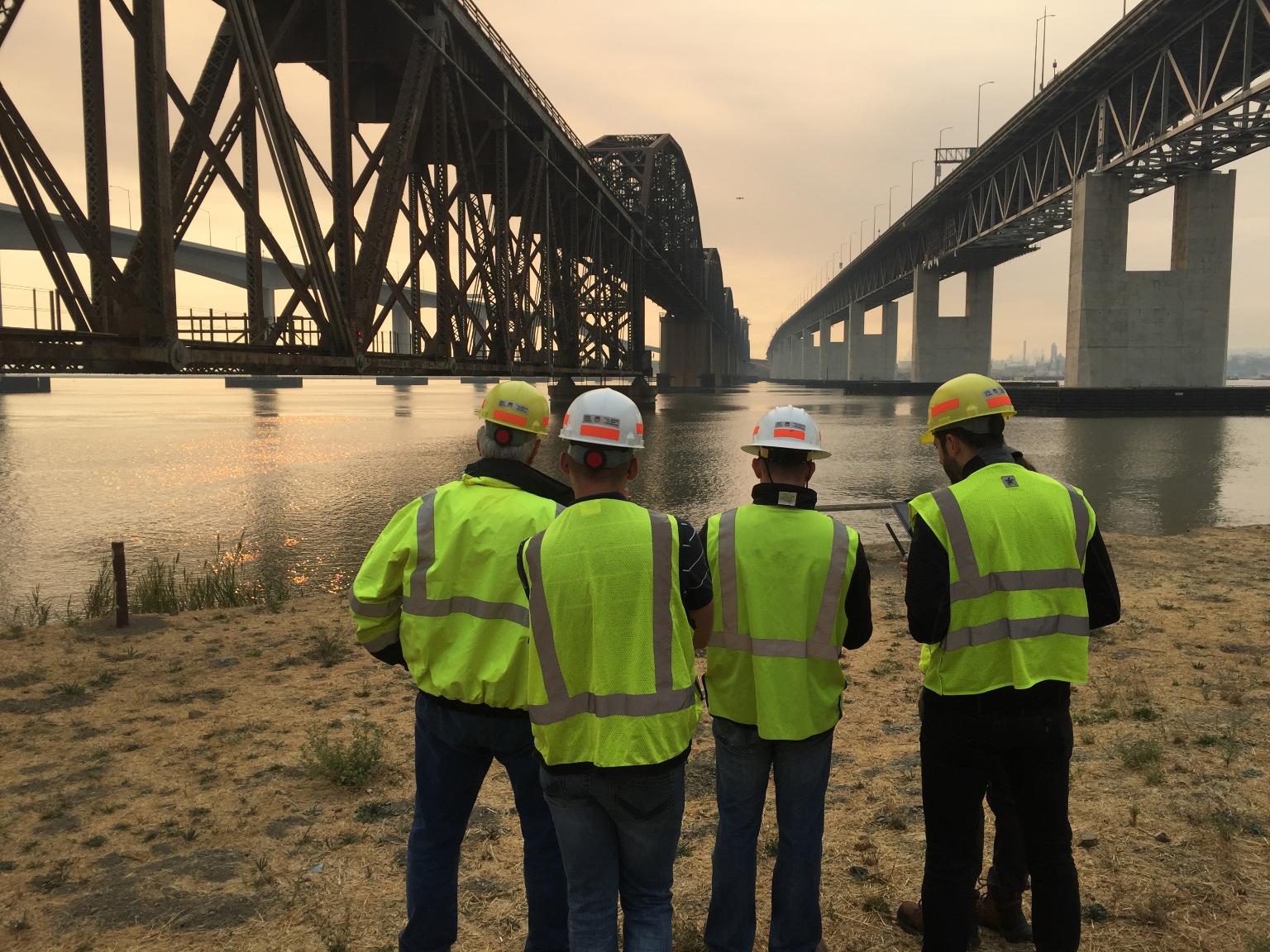 Union Pacific hopes to have close to 250 employees certified to fly drones by December 2018.

The Sky's the Limit

Meder thinks the evolution of drone technology resembles the computer revolution of 1981.

"When you come to work in the morning, do you think about the computer on your desk?" he asked. "Once upon a time that was a big deal. I see drones moving from a new, exciting tool to something that's just standard practice for our engineering and telecommunications employees."

Union Pacific already is the safest U.S. railroad. In 2016, the railroad achieved the best annual employee safety performance in its 154-year history, but Meder thinks drones will be an important part of accomplishing Union Pacific's ultimate goal: zero accidents and zero injuries.

"Any day somebody doesn't have to put on fall protection is a good day," he said. "I don't know what the future's going to look like, but I do know it will be safer with drones."

The next step in the evolution: autonomous drones that can do inspections on their own.

Union Pacific has a team of drone operators, computer and software engineers who have been working non-stop for the last four months to make autonomous drones a reality. "We are at the leading edge of this industry, and in some ways hanging over the edge," Meder said. "I can't wait to see what's next."