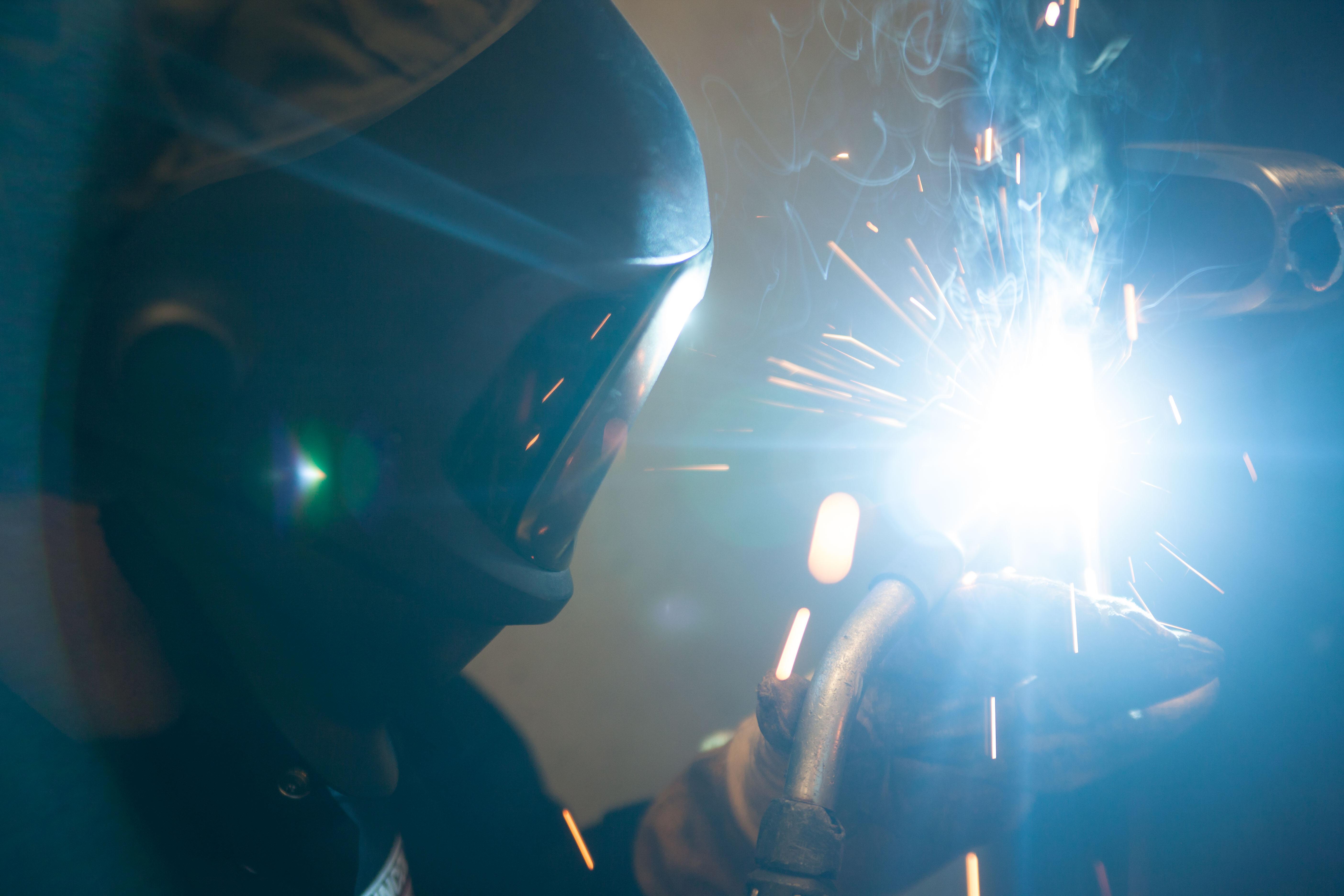 When Nick Peterson talks about welding, his eyes light up.

"A lot of people see welding as just fusing metal together," he said. "I don't. You have to have that little touch to make it look great. It brings out my creative side."

Peterson's grandmother, who raised him, was an artist. If she wasn't watching the Food Network, she was drawing. Several of his six siblings picked up the gift, but Peterson never acquired it.

"She could look at something and draw it as if you took a black-and-white photo of it," he said. "I tried my hardest to draw. I also went to culinary school for a while, because she taught me how to cook. I wasn't the greatest at that, either. Now I know that welding is my art."

But it wouldn't be until he reached his late 20s that Peterson discovered welding when a co-worker convinced him to leave his grocery store assistant manager job to work at John Deere as an assembler.

"It paid well, so I took the opportunity," he said. "As I was going through orientation, they asked, 'We have 22 welding spots open. Anyone want to try welding?' They had a six-week training program, and if you passed, you became a welder."

Peterson explains how he unintentionally found his passion in welding.

He took the leap. "I had never welded in my life," he said. "I knew what it was, but I'd never seen it or touched a weld gun. I ended up passing the six-week program in a week and a half. I was on the floor welding after only two weeks. I found something I love."

Now, the 28-year-old is halfway through his last required class to earn an associate's degree from the Des Moines Area Community College Welding Institute.

Peterson's career journey and willingness to learn new skills illustrates how America's workforce must change if it is going to remain a global economic force. The statistics are undeniable. At the same time automation is displacing traditional factory workers, baby boomers are retiring in increasing numbers. The result is stagnant job growth, said Gad Levanon, Ph.D, a labor economist for The Conference Board, an independent business research association. 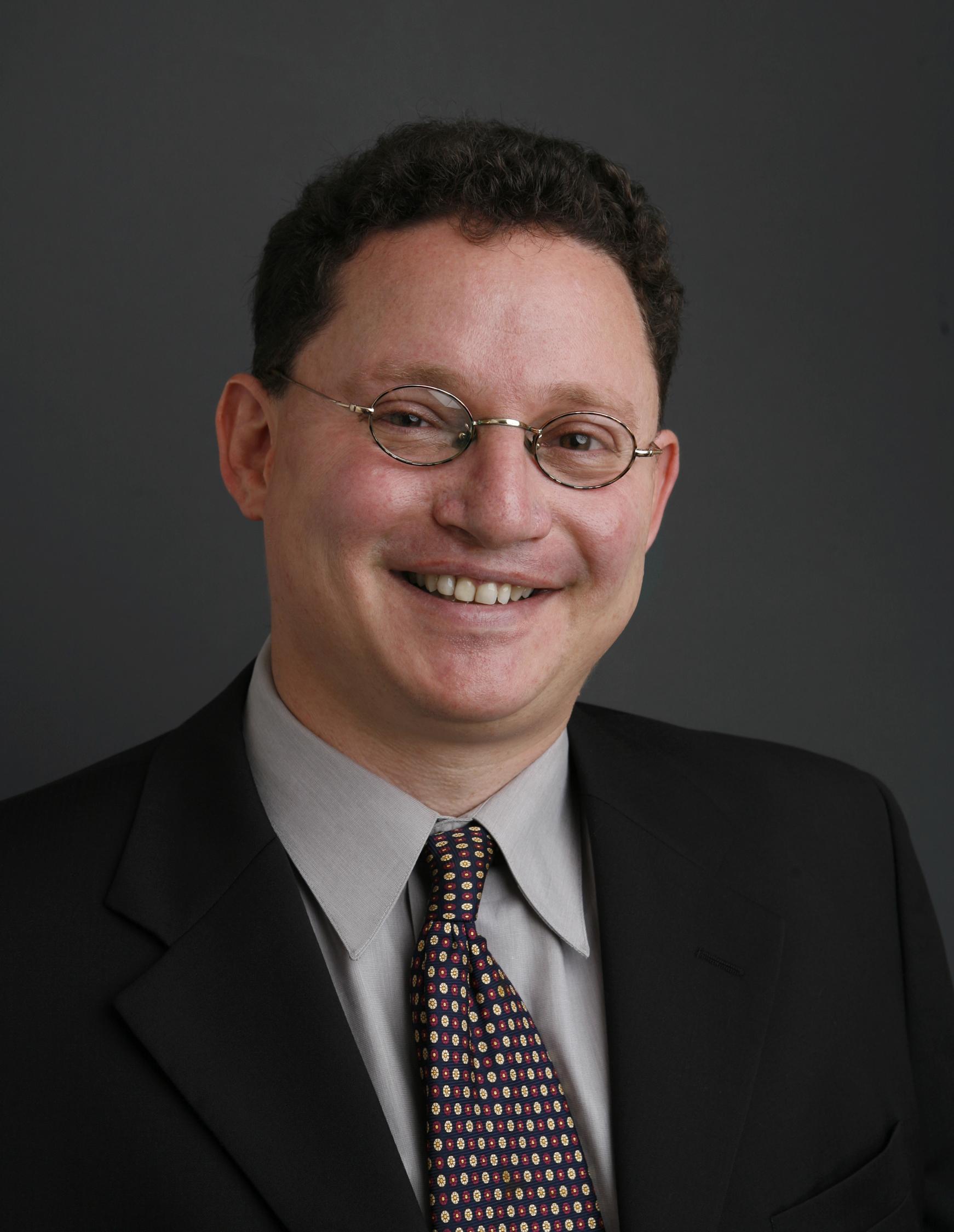 Gad Levanon, Ph.D., labor economist with the Conference Board.

"There will be almost no growth in the labor force or in the working age population," Levanon said. "We expect 10 to 15 more years of massive baby boomer retirements, which will probably make the labor market even tighter. In general, it will become harder to find qualified workers, harder to retain workers and harder to control labor costs."

Levanon says the types of jobs likely to suffer the most from shortages are skilled trade labor jobs, like welding, carpentry, construction, plumbing, electrical and rail transportation jobs. Union Pacific currently is looking to fill hundreds of these jobs throughout its 23-state system, with openings for diesel electricians, diesel mechanics, track laborers, train crew and welder helpers.

"These jobs don't require a B.A., but do require a lot of on-the-job training and experience," he said. "The labor market is in an interesting situation right now. On one hand, you have a tight labor market, on the other, you have well above normal number of people who are at the working age but are not looking for a job."

"All kinds of organizations are trying to connect employers with long-term unemployed people," he said. "If they succeed, it could help. So could automation, and faster or larger immigration of high-skilled people in the jobs that are at higher risk of labor shortages."

Jobs for the Future is one of the organizations working to motivate discouraged workers. The national nonprofit helps underprepared, underserved young people and adults attain post-secondary credentials on a path to self-sustaining careers. 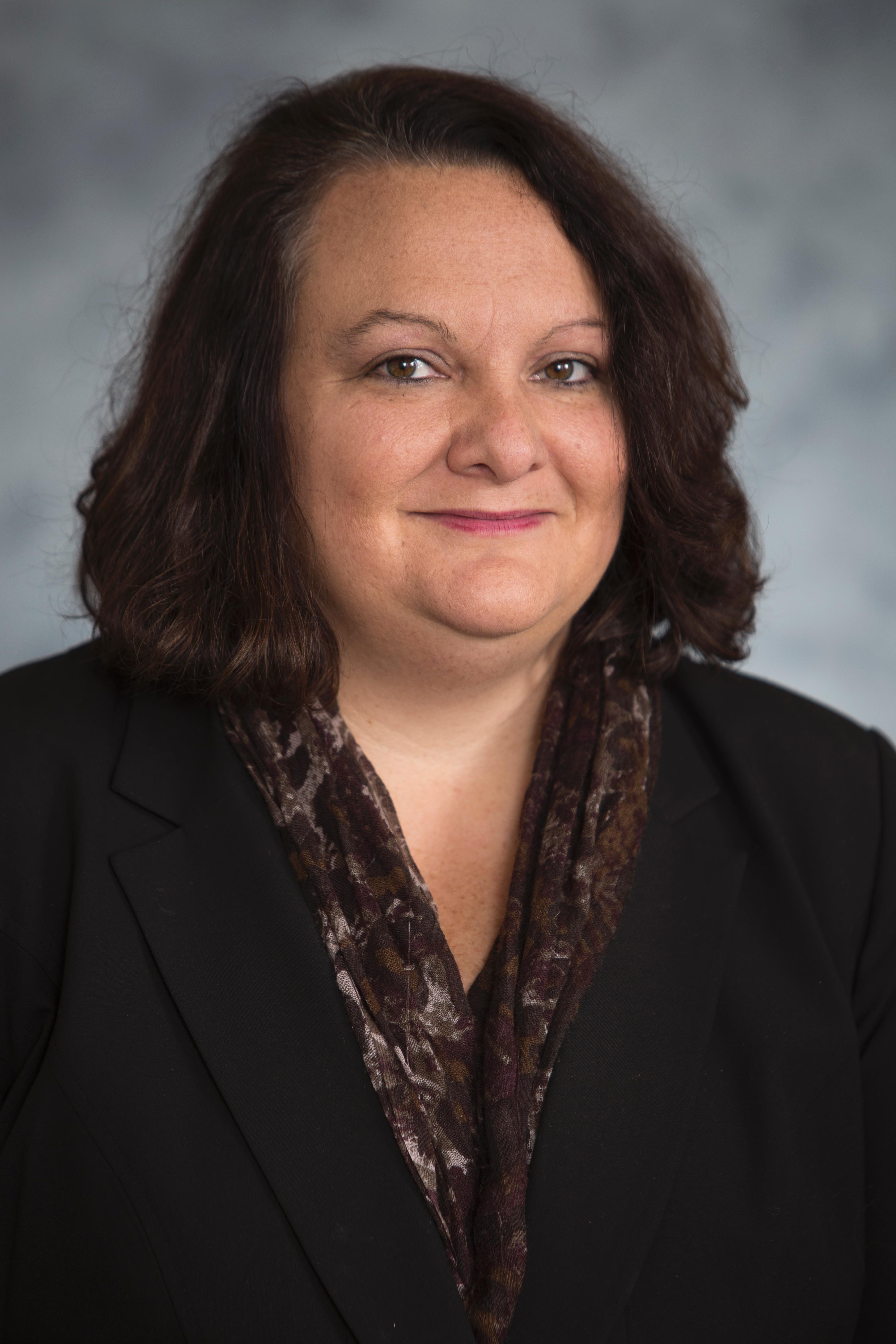 Maria Flynn, CEO of Jobs for the Future.

Jobs for the Future also has a policy team in Washington, D.C. "That team runs a congressional staff network," Flynn said. "It has existed for several years, and enables us to host briefings on Capitol Hill around themes like apprenticeship, or better pathways through community colleges."

But while her organization is putting resources in place to connect workers with jobs, Flynn says the increase in automation and artificial intelligence worries her. She would prefer to see a robust, motivated U.S. workforce instead of more automated processes or additional H-1B visas, which allows U.S. employers to temporarily employ foreign workers.

"We're coming to a critical juncture," she said. "We don't have the strongest career counseling system in this country. So as the labor market becomes more complex and more non-traditional, in a sense the need for a stronger career navigation system is more important. If we don't motivate the underemployed we're at risk of the skills gap increasing instead of decreasing."

The Workforce of the Future

One solution reaches out to a pre-emerging workforce.

In Nebraska, between 600 and 700 students pass through the Omaha Public Schools' Career Center each year. The center, located just west of downtown Omaha, fills a 1920s-era brick building to the rafters. When built, it was considered the largest high school west of Chicago.

"We are an extension of all seven Omaha Public Schools' high schools," said Jeremy Cowley, the Career Center's program director. "That's why we're considered a program and not a school. We recruit from all seven Omaha high schools. We start with middle school students and make them aware of the career options and the career training available here to hopefully spark their interests." 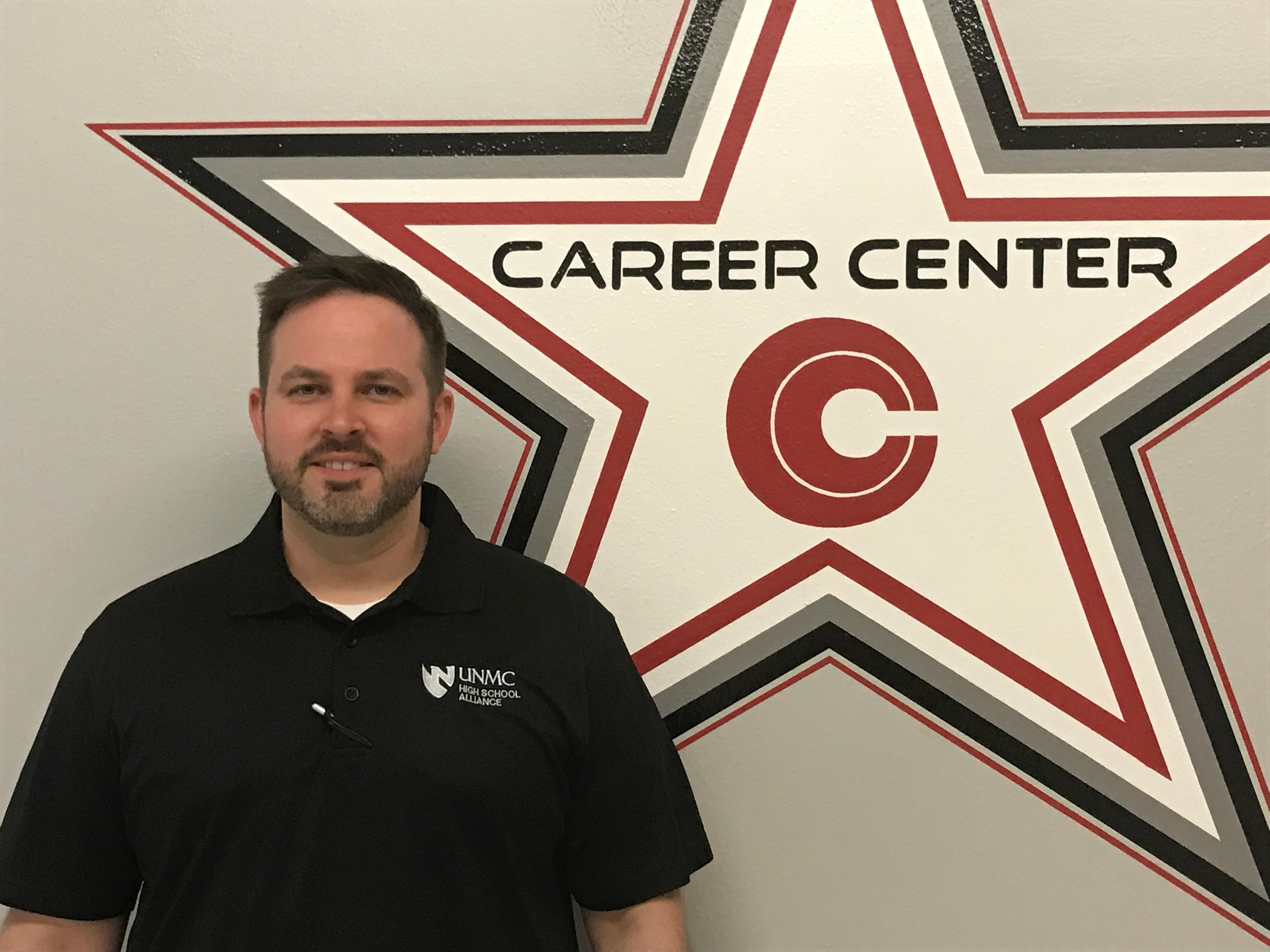 Cowley believes there's a pathway to success for every student, and it doesn't always require a four-year college degree.

"There was a time maybe 10 or 15 years ago, when career counselors started pushing post-secondary bachelor's degrees so much that we forgot about skilled and technical trades," he said. "Recently we have seen that narrative shift. We've got students leaving school with substantial amounts of debt who end up in skilled technical jobs anyway."

To make sure students and their parents have accurate information, Cowley and his team of teachers have "success-success" instead of "success-failure" conversations.

"All you have to do is look at some salary data and you'll figure out that not going to a four-year school isn't failing," he said. "There are many careers that require limited schooling. Many working in the skilled and technical trades are making in the $60,000 to $80,000 ranges within five to 10 years. Many people with bachelor's degrees can't garner a job that pays that much."

In his teens, Peterson struggled in school. At the beginning of his senior year of high school, he learned he wouldn't graduate. His choices were to drop out, or stay in school for another four semesters to meet graduation requirements.

Knowing he needed a change, he decided to move to Urbandale, Iowa, to live with his dad, who he first met when he was 14-years-old.

"I wanted to try and get myself on the right track," he said. "I attended Urbandale High School and graduated on time."

Peterson says neither his Minneapolis nor his Iowa high school had a welding program. If it had, he might have begun his career sooner.

"We need to get youth exposed to trade jobs," he said. "We should be encouraging students just to try it. If they don't like it, that's fine. But at least they tried. And it's not just the youth, either. I'm 28 years old and I'm going to school. You can do it at any age."

"We need to get youth exposed to trade jobs. We should be encouraging students just to try it. If they don't like it, that's fine. But at least they tried."

Stories like Nick Peterson's, and programs like Omaha Public School's Career Center, are why Jobs for the Future's Maria Flynn believes the U.S. needs to work on its career navigation system. Motivating the unmotivated, and making sure students land in careers they enjoy from the beginning, is more sustainable than issuing temporary visas or automating everything.

"We need to find ways to make young people, and workers of all ages, aware of the full range of opportunities," Flynn said.

Flynn says there's a growing number of adults in America who have low basic skills who meet the requirements of new jobs.

"If you look at statistics, like the fact that only 37 percent of kids coming out of high school are college ready and over 90 percent of the new jobs being created require some type of education or training beyond high school, it's clear that we have a fundamental skills gap. If we don't find a way to bridge the gap, we run the risk of individual workers becoming further disengaged from the economy," she said. 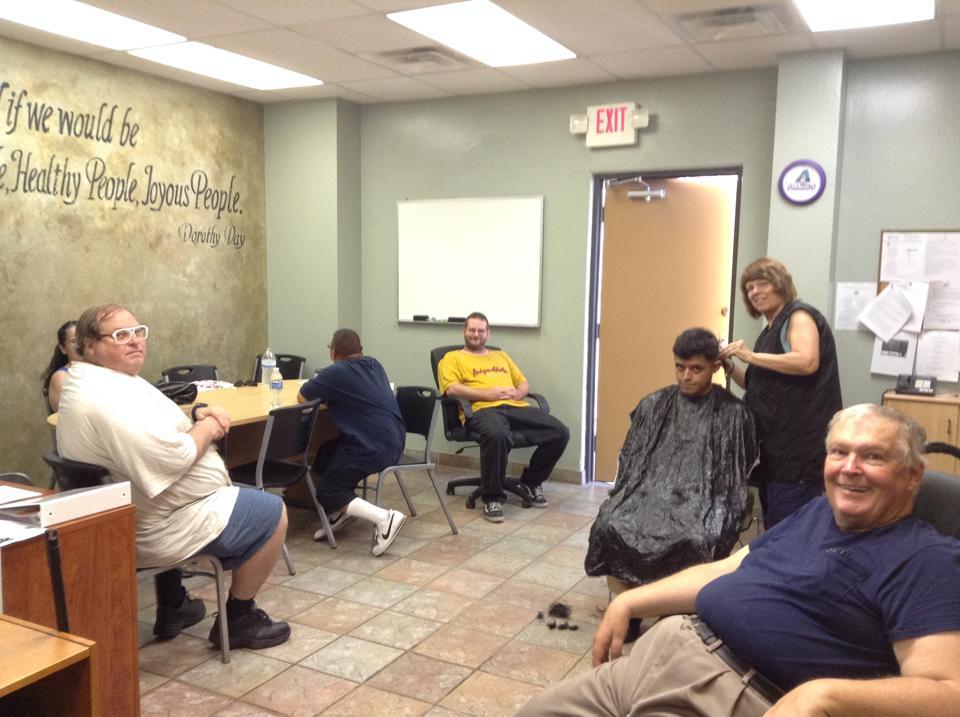 The Paz de Cristo Community Center in Mesa, Arizona, helps the city's homeless population find jobs with free haircuts and resources to help people track down birth certificates, build resumes and hunt for jobs online. In the photo, Paz de Cristo clients wait in line to get a haircut from stylist Marilyn Smith. Over the past five years, Union Pacific has donated more than $25,000 to the center.

It's a message Union Pacific has taken to heart.

For over 150 years, the railroad has helped stimulate economic growth in the communities it impacts by training and providing employment to millions of workers, and providing critical services that help local businesses thrive.

Beginning this year, the Union Pacific Foundation will target funding for programs that educate and prepare the local workforce, prepare youth for future careers and self-sufficiency, create a pipeline of workers proficient in middle-skills jobs, encourage and support diversity and inclusion in the workplace or provide training and mentorship for nonprofit and small business professionals.

"Historically in America, employers have been the ones investing in skills training for individuals in the labor market," Flynn said. "If that employer/employee relationship fundamentally shifts, it raises the question: How do workers advance? How do you become a lifelong learner in an environment where you may not have an employer able to support those costs? Employers need to get engaged."

She's looking at ways to scale partnerships between employers and education providers. "Right now, employers are finding that it can sometimes take community colleges quite awhile to revamp their curriculum or start a new program in response to something employers need. For this process to become more efficient, we need more rapid-cycle innovation and program implementation on the educator side."

"Our work is just beginning," she said. "I feel energized by the need to keep looking for scalable solutions. That's what keeps my job new and exciting." 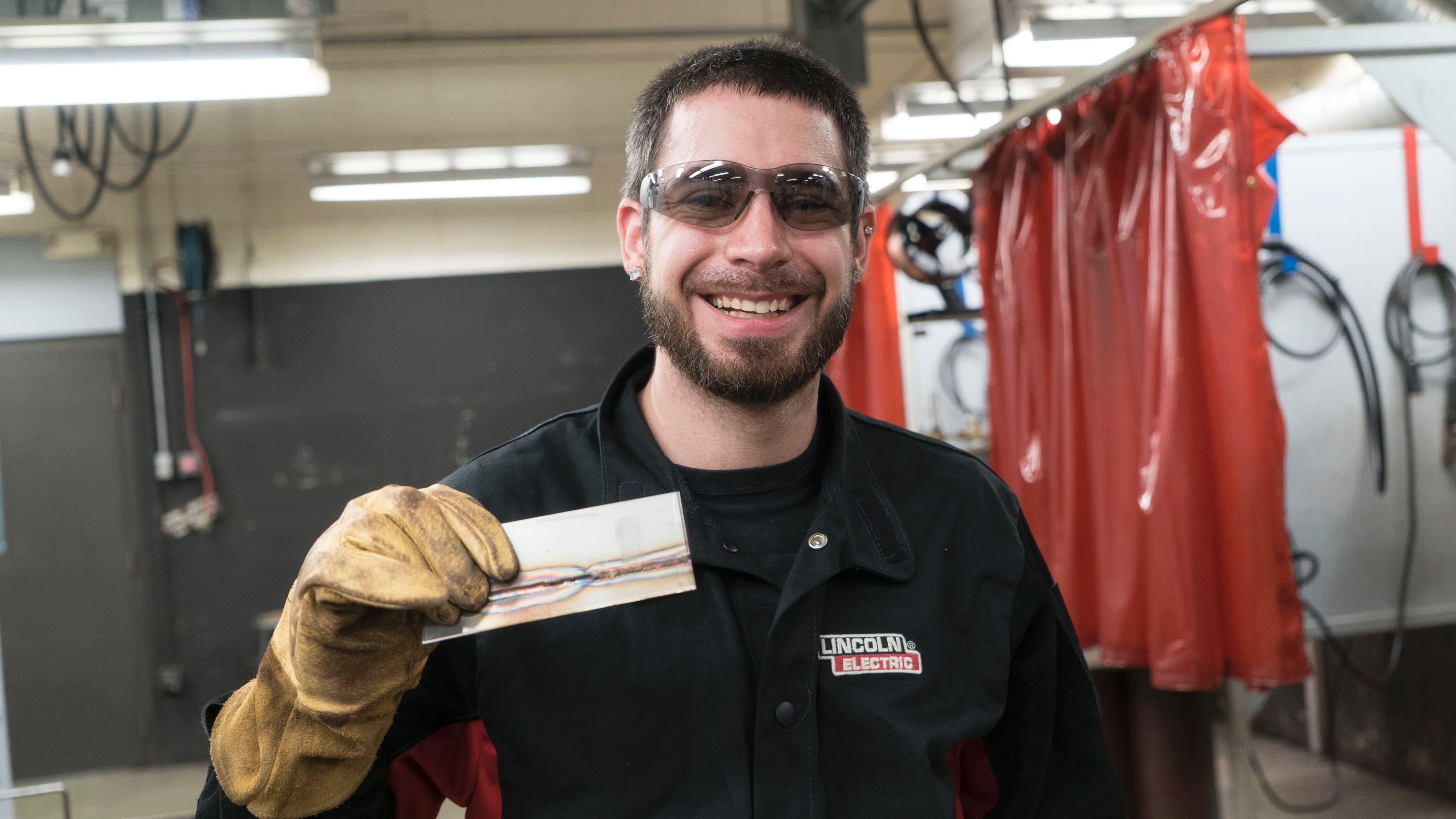 Peterson believes that earning a skilled trade has set him apart from others his age.

"Now I know something that not everyone is taught. Some people could never do it," he said. "Actually, I think it might be a lot easier to do a regular four-year degree. A college degree is a college degree."

Peterson says welding made him stronger physically and mentally, and believes he's a better welder because of his tumultuous past.

If you're interested in a Union Pacific career, please visit http://up.jobs to apply today.