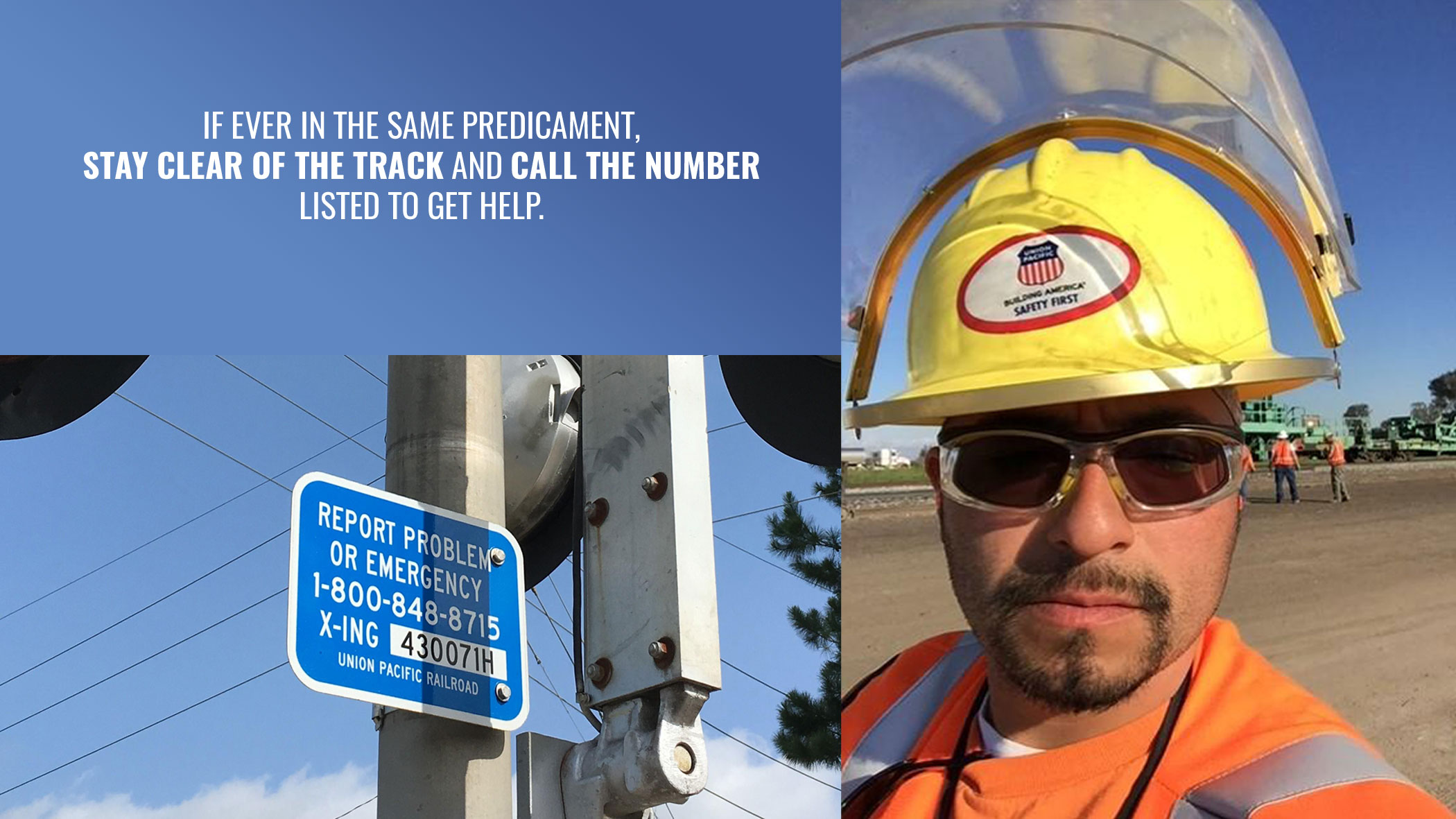 Sixteen-year employee Rudy Maldonado’s Courage to Care prevented a critical incident by helping a family stranded on a railroad crossing in Fresno, California.

Sixteen-year employee Rudy Maldonado’s Courage to Care prevented a critical incident by helping a family stranded on a railroad crossing in Fresno, California.

On Oct. 13, the Maintenance of Way welder from Union Pacific’s Northern Region was driving to meet a section gang at a Fresno job site when he drove past a vehicle stopped over a railroad crossing.

Thinking there may have been an accident, he turned around to see if he could help.

Maldonado noticed a green light on an intermediate signal nearby and knew he had to act fast.

“As soon as I pulled up, I went to the people and asked, ‘Is everything ok?’” Maldonado said. “The driver’s-side wheel, the whole rim and everything just snapped off the axle, they couldn’t move the vehicle. It was stuck right there on the track."

The woman and her two young grandchildren were stranded.

A passerby had stopped to help push the vehicle off the track, but couldn’t force the vehicle to move.

Maldonado took action, telling everyone to clear the track.

Because of Maldonado’s quick thinking, and the dispatcher’s quick communication, the train stopped in time.

Someone called 911 and police blocked the crossing until the vehicle could be safely removed. 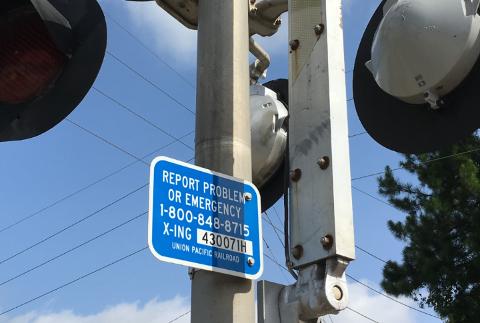 An example of an emergency box Maldonado showed the woman.

Maldonado took an extra step, educating the stranded family on how to prevent future incidents. He pointed out the emergency box at the crossing and told them if they're ever in a similar predicament, stay clear of the track and call the number listed to get help.

“She thanked me,” Maldonado said. “That was her only vehicle and she was happy we were able to prevent an incident.”

Maldonado’s crew is proud of his heroism and quick wit, honoring him with a Courage to Care Salute.

Randy Terrell, track supervisor-Track Maintenance Southwest, Engineering, submitted the salute, saying, “The Oakland Team contends with a lot. Rudy shows us what actively caring is all about. Rudy walks the talk.”

“When we’re driving, we’re always looking out for not just our own employees, but everybody else in the community,” Maldonado said. “I was just doing my job. I would hope someone else would do the same for my family.”