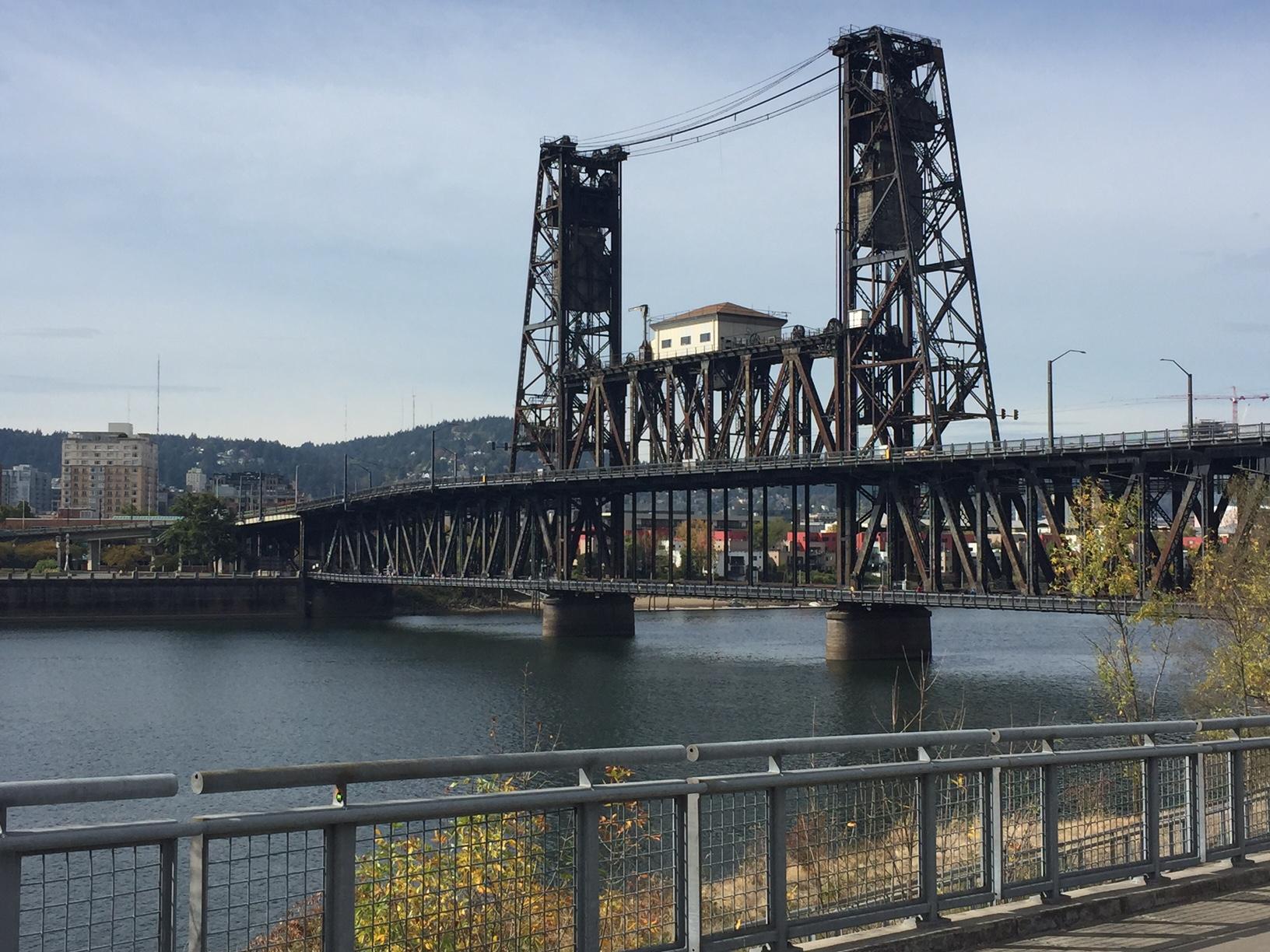 The Steel Bridge in Portland, Oregon, has opened more than 2,000 times in the last year for boat traffic.

They say if a referee in a basketball game is doing his job well, you won't even know he's there.

The same can be said of a bridge. We cross them every day on our way to work or school or home. We will cross literally dozens, maybe even hundreds of bridges when trekking cross country on that annual family vacation. If those bridges are doing their jobs right, we'll never think twice about them, except to stare in awe at the big ones we admire from afar, and while we cross them, looking down at the water below.

Detailed inspections ensure Union Pacific Railroad bridges are safe for the freight traffic they carry, as well as motorists and pedestrians. We have nearly 600 employees dedicated to inspecting and maintaining UP bridges 24/7.

The same thing holds true for railroad bridges. Union Pacific has literally thousands of them. Many are no longer than a few yards that allow a prairie creek to pass beneath.

But some, like the Steel Bridge in Portland, Oregon, are mammoth structures that not only provide safe passage for trains crossing the Willamette River, but also afternoon cyclists out for a ride from Rose Quarter to Old Town Chinatown.

Then there's the I Street Bridge that crosses the dark green waves of the Sacramento River. A metal giant, the massive steel structure carries trains across its lower ramp, while cars and trucks race overhead across the upper ramparts.

According to the City of Sacramento, 8,000 vehicles cross the I Street Bridge every day. Now, add 40 freight and Amtrak trains and hundreds of out-of-breath cyclists and runners to the mix. Do you think any of them stopped before pulling onto the ramp and wondered if they'd make it to the other side?

Not if Eric Bosley is doing his job right.

More than 95 percent of Union Pacific's bridges are inspected at least twice a year by specially-trained two-person inspection teams. Eric Bosley has years of experience; for him, keeping the public safe is more than just a job.

The UP bridge inspector, and his partner, George Otis, have spent years scrutinizing every detail of the 553 bridges and 800 culverts they’re responsible for, and that includes the I Street Bridge, whose safety is the railroad's responsibility even though pedestrians and motorists use it as well as trains.

Bosley and Otis are among an army of nearly 600 employees working daily to inspect and maintain UP’s roughly 18,000 bridges. Add up the number of inspections each structure receives, and it totals more than 38,000 a year – four times as many as federal highway bridges. In fact, more than 95 percent of UP bridges are inspected twice annually, and some as many as six times depending on factors like age and tonnage.

This year alone, the pair has visited the 104-year-old bridge several times. Today's inspection of the metal giant follows the same pattern used to inspect any bridge on the system. The structure is visually divided into segments, allowing inspectors to keep an accurate inventory of their findings, which they’ll reference every time they visit. Those findings also provide a road map for maintenance crews. 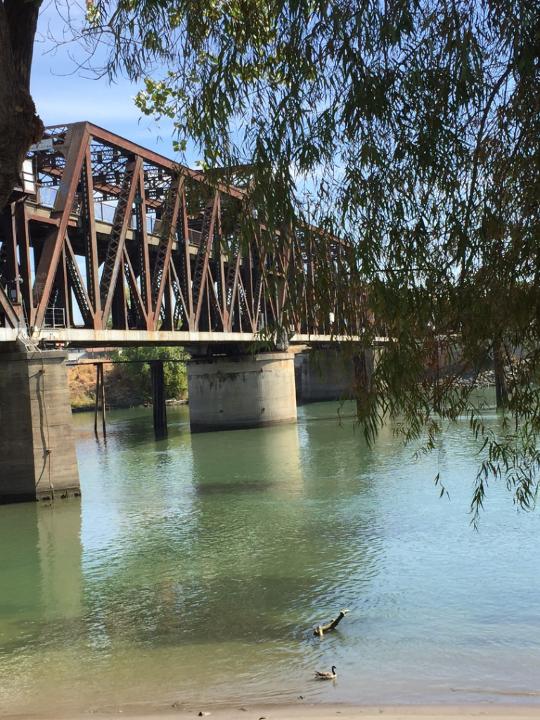 The I Street Bridge has been a Sacramento, California icon since 1911.

Inspections begin at the low end of the bridge where a visual check determines if there’s a difference in elevation from the ground or any tell-tale signs of defects. Working their way up and across the bridge, they carefully examine each component looking for corrosion or cracks in trusses and decking.

The track itself is a major focus. Inspectors use a gauge to measure every fourth crosstie, ensuring the track is properly aligned.

Inspections don’t stop at ground-level. Bosley and Otis free climb the bridge’s trusses. Thousands of UP bridges range in type from steel, concrete and timber, as well as design. Meaning Bosley and Otis can climb anywhere from 20 to more than 100 feet in the air during an inspection.

"It’s nothing like rock climbing," Bosley said. "Every step is deliberate. It's like climbing the bridge for the first time – every time. You take nothing for granted."

Reaching every nook and cranny can be challenging, especially for bridges that span rivers or deep ravines, like the I Street Bridge. Regardless, no area is ignored. A “snooper” inspection uses a truck-mounted articulated basket crane to give inspectors needed access.

Oftentimes a bridge's rust is the first thing people notice and report. Inspectors notice it, too, and document all rusted areas.

“Rust is unavoidable due to the elements bridges are exposed to,” Otis said. “Although this bridge may look like an old rusty bucket, it's structurally sound.” It has to be, Bosley said, because bridges carry the most important cargo of all, including his wife and three children, who cross the I Street Bridge every day.

“At the end of the day, our name is on the bridge’s inspection record," Otis said. "I couldn’t go home knowing I did a substandard job where I put the public - or my family - in jeopardy.”