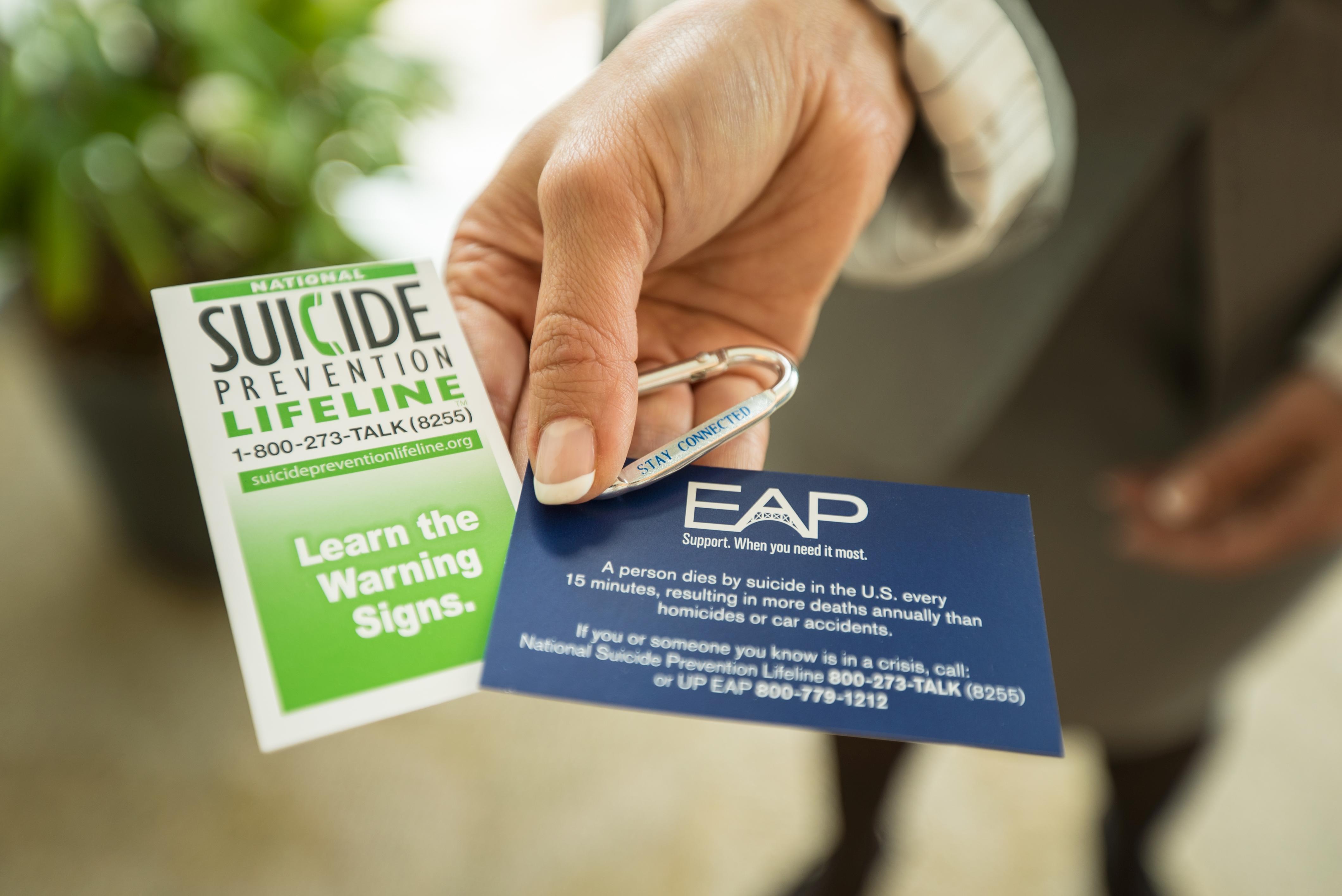 Of the 32 people who jumped off the Golden Gate Bridge and survived, eight are able to talk about it.

Journalists always ask: What went through your mind when you were falling?

"All say they realized they had made a major mistake," Spencer-Thomas said during her presentation at the Rail Industry Summit on Suicide Prevention hosted recently by Union Pacific. "Many of them felt like their problems were solvable for the first time. Many fought for their lives on the way down. None that we know of have gone on to take their lives. That's why we're here today."

Spencer-Thomas was one of eight experts in "suicidology" that assembled to talk to railroad representatives from Amtrak, the Association of American Railroads, BNSF, CSX and Norfolk Southern about the sometimes-taboo topic.

"It's one of those subjects not talked about," said conference speaker Dr. Ramya Sundararaman, who co-wrote a study that focuses on rail-related suicides. "When I started working in suicide prevention, there was literally no federal funding. Most states didn't have anything going on."

Seventeen years later, Sundararaman says that's starting to change. "This conference opens a very important dialogue," she said. "We don't have a whole lot of evidence-based strategies that will work to prevent railroad suicide specifically, but we've got to start somewhere. Hopefully this conference creates an opportunity to start some pilot interventions."

Suicide is the ninth-leading cause of death in America. "It's the second leading cause of death for middle-aged men," said Mark Jones, Ph.D., Union Pacific's director - Employee Assistance and Support Services. "Union Pacific is involved because it's a national epidemic. We live and work in thousands of communities across 23 states and it's important that we're part of this solution."

Last year, 76 suicides and 11 suicide attempts took place on Union Pacific track. So far this year, there have been more than 25 suicides and four attempts. More than 200 Union Pacific crew members witnessed these events unfold. Perhaps most upsetting are the close-to-home tragedies suffered by Union Pacific employees.

"Our team is critically impacted by people using the railroad as a means for suicide," Lance Fritz, Union Pacific President, CEO and chairman told the conference audience. "Union Pacific, our team and me specifically, we've determined that this is a topic we're going to get deeply engaged in. Enough is enough. Life is too precious. We can make a substantial difference here. We're going to do what we can both on our property and in our communities to prevent suicide."

"One of the biggest things I got out of the conference, especially from UP, is that rail carriers seem very motivated to do something about this problem right now," he said.

"When suicide is seen as an inevitable, unfortunate thing, it's very easy to step back and not move forward. When people in leadership positions understand that's not necessarily the case – that it is completely preventable – we start to see change. We've clearly seen that at UP. That message was loud and clear throughout the conference."

Change in our communities starts with conversations like those happening at the summit, and internally with Union Pacific's Courage to Care pledge.

The pledge represents Union Pacific's culture of safety and personal accountability. "It's a call to all Union Pacific employees to make a personal, passionate commitment to our safety strategy," Fritz said. "I view this commitment as completely consistent with what has to happen to prevent suicide."

Safety "stand downs" are part of the Courage to Care initiative. During these events, normal railroad operations are suspended for in-depth conversations on Courage to Care's role in employees' lives. One of last year's safety stand downs focused on suicide prevention. An upcoming Union Pacific Suicide Awareness Day – an additional opportunity for Jones and his team to reach out to Union Pacific employees – is scheduled for September 12.

"During the stand-down we were amazed and humbled by the number of people at UP who came up and told us they had been affected or impacted by suicide in some way," Jones said. "That told us that we're on the right path. We're trying to be transparent and not hide behind this conversation and have an obvious, out-there way for people to discuss a difficult topic."

If you are in the midst of your own crisis, or if you know someone who is at risk, please call or text the National Suicide Prevention Lifeline at 1-800-273-TALK or chat live at suicidepreventionlifeline.org.

To get involved, the American Foundation for Suicide Prevention will be hosting Out of the Darkness Walks across the U.S. this fall. To donate or participate, visit afsp.donordrive.com to find an event near you.