A Colorful Summer Job That’s 'Off the Wall' 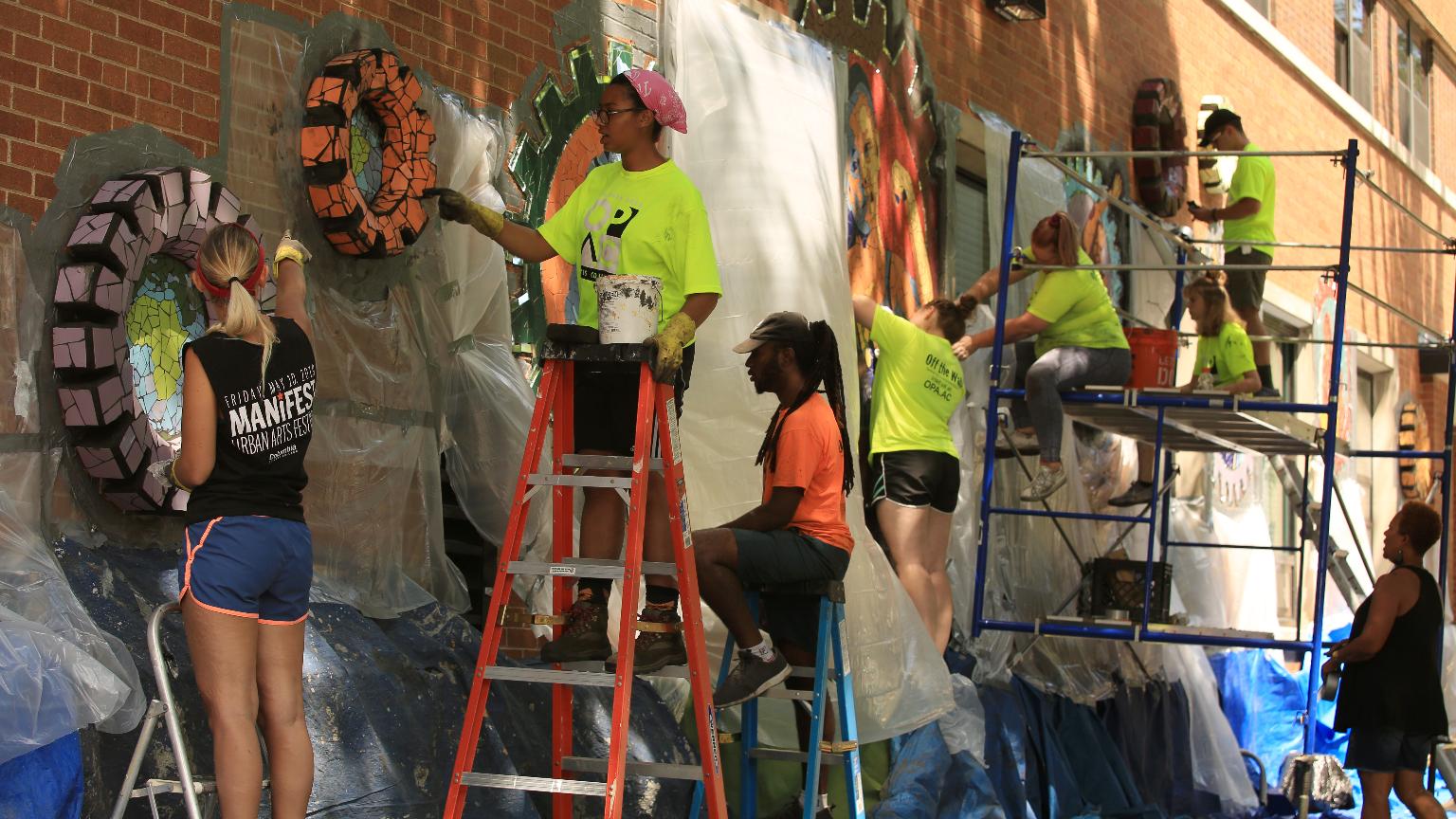 The streets of Oak Park, Illinois, and the communities surrounding the Chicago suburb are aglow in mosaic tiles, loud colors and a lot of love, thanks to Off the Wall.

Off the Wall is a summer youth employment program for young adults age 16 to 22 to apprentice with master artists designing, constructing and installing mosaic and bricolage murals in Oak Park and neighboring communities. Bricolage involves a large array of non-traditional art materials.

The program began in 2005, contributing to the installation of more than 15 large-scale murals since its inception.

"Bliss," an under the sea-themed mural, brightens the Wonder Works Children's Museum in Oak Park. The mural is covered in colorful fish and coral stretching 80 feet across the museum's outside wall. Another mural, "Gears In Motion," showcases 3-D gears and youth on the West Cook YMCA's south side wall. The mural salutes the 100th anniversary of the Rotary Club of Oak Park River Forest and the YMCA's 115th anniversary. 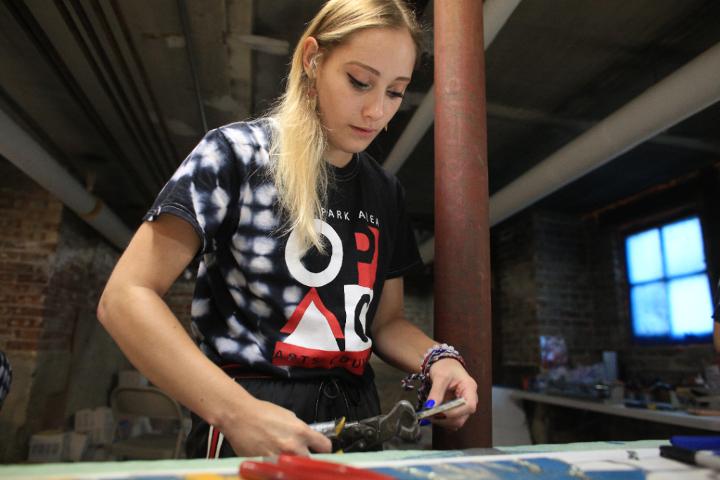 Off the Wall apprentice Alison Schiffner prepares mosaic materials for an upcoming mural.

"I had no idea what I was getting into when I applied for the program," said Alison Schiffner, who first enrolled in summer 2014 and has returned every year since. "I knew I'd be working on a mural, but it was a lot more than that."

Schiffner says Off the Wall has been a pivotal experience. "The program showed me the importance of community and how much I love sharing my art with the world," she said. "Ultimately, I changed my major to Arts Management to be involved in the arts for the rest of my life."

Master artist Carolyn Elaine is among the professionals who work one-on-one with Schiffner and the other young artists on the murals. So taken was Elaine by Schiffner's leadership and dedication, she recommended Schiffner create a mural for a Sony/House of Blues collaboration in Chicago.

"I was honored to create such a high profile piece from design to installation on my own," said Schiffner. "Carolyn taught me confidence and business management skills, allowing me to complete a project I'm so proud of." 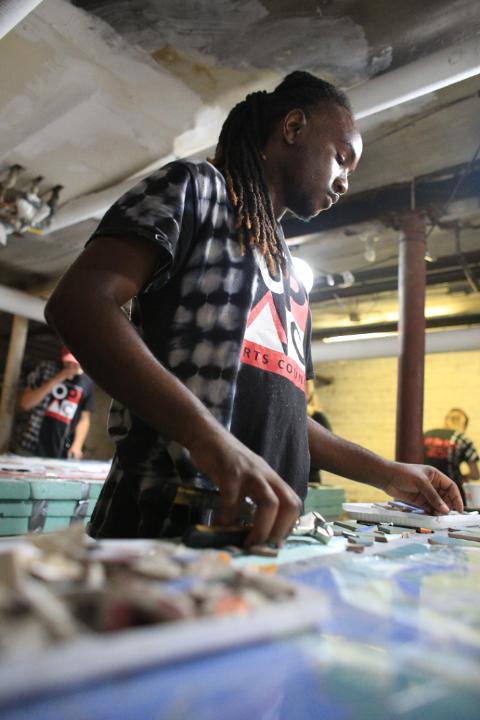 Off the Wall apprentice Hasani Cannon has enjoyed being a part of the program for three years.

Hasani Cannon participated in Off the Wall the past three summers.

"The program shaped my artistic style and overall life mentality," Cannon said. "It sparked more interest in the transformative qualities art has on people, and led me to pursue a degree in Art Education."

Today, Cannon and Schiffner are veterans of the youth employment program, helping mentor a new generation of young, local artists.

With help from partners like Union Pacific, who supports the OPAAC through its Community Ties Giving Program, the programs continue to create meaningful experiences for artists to beautify their communities.

"The students have the opportunity to learn responsibility, build art skills and understand the importance of creating community," said OPAAC Executive Director Camille Wilson White. "The art means a lot to the community and helps people feel more pride in the city they live in."