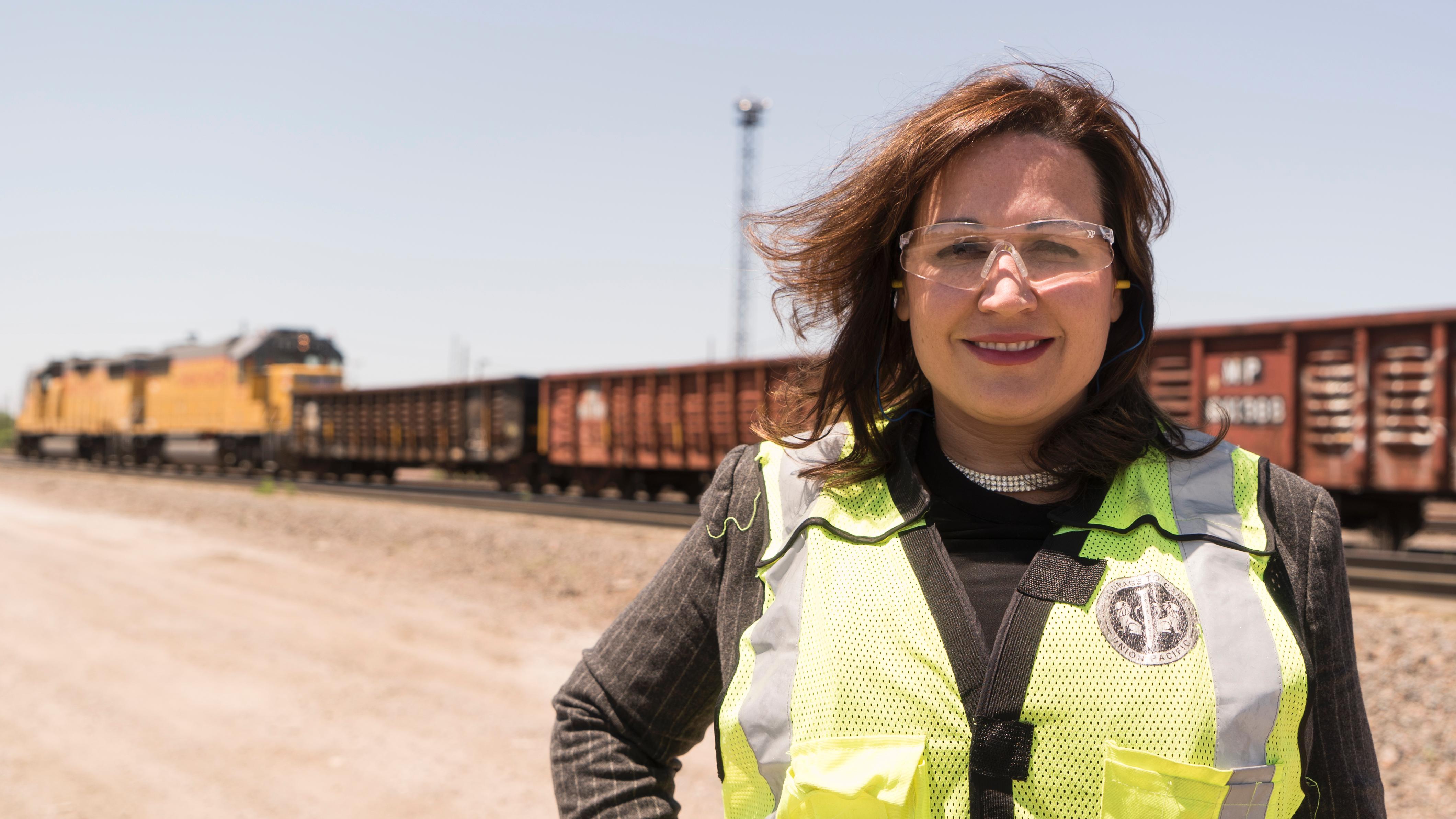 It’s the first day at a new job, and the unisex bathroom door doesn’t properly shut. Tami Johnsen did what any good leader would do: she drove to a nearby hardware store, bought a new locking door knob and fixed the problem. Two decades later, Johnsen, Union Pacific’s general superintendent of the Harriman Dispatching Center, still tackles new challenges head on.

In her new role, Johnsen manages dispatchers who coordinate train movement across Union Pacific’s 12,000-mile Northern Region. She is the second female to hold the role in Union Pacific’s 155-year history.

“I’m a third generation railroad brat,” she said. “My grandfather and father were railroaders, and I have a sister who works for Union Pacific as the director of Amtrak operations. Railroading is in our blood.”

Born in North Platte, Nebraska, the family moved to Cheyenne, Wyoming, and Omaha, Nebraska – all well known Union Pacific railroad communities – during her youth. Johnsen said her father always pushed her and her three sisters to work hard and be successful. He stressed that their gender should never hold them back.

“I mowed lawns and babysat,” she said. “When I was 15 and 16 years old, I’d walk around with a planner, always thinking ahead.”

At age 20, Johnsen joined the family legacy and Union Pacific as a train dispatcher, the railroad’s version of Air Traffic Control. She volunteered for special projects and didn’t hesitate to work the “Extra Board.” Instead of having an assigned schedule and the same territory, the Extra Board covers vacations, sick days, etc., for train dispatchers across Union Pacific’s 23-state network.

“I’m a driven person, and I believe you learn something from every experience,” Johnsen said. 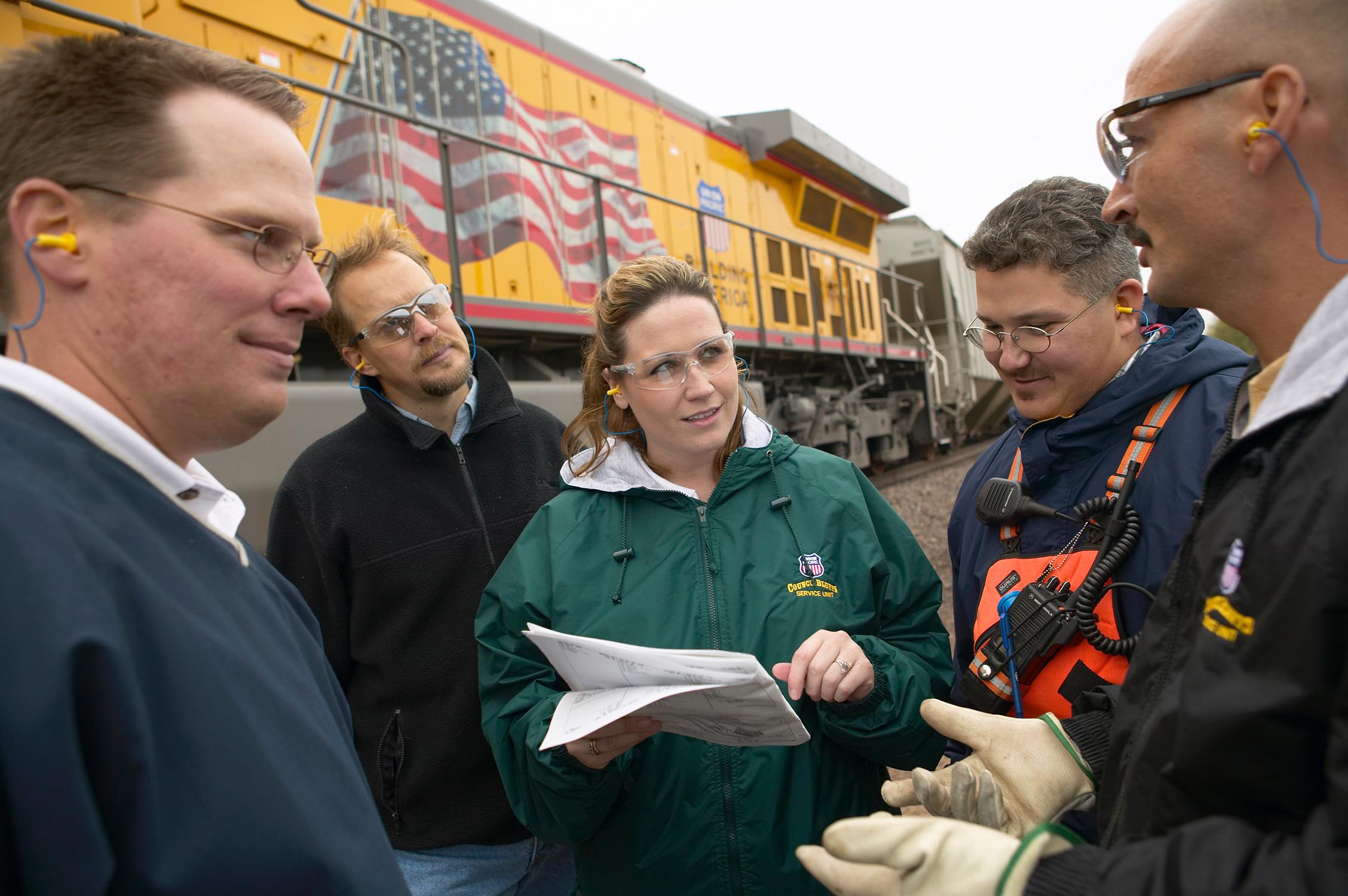 Johnsen collaborates with her team in Council Bluffs, Iowa, when she was a manager of transportation operations.

She was promoted to corridor manager, overseeing dispatchers, before moving into Operations and Union Pacific’s Leadership Development Program (LDP), which teaches new managers how to effectively supervise and coach their teams. Her first position upon completing LDP was manager yard operations (MYO) in Sioux City, Iowa, the first female to hold the role. It also was her first time working “in the field,” being outdoors in the elements to oversee train crew employees and daily train movement.

Johnsen admitted being nervous. “My first thought was ‘I’m the only female, how am I going to work with men and outside all the time?’”

But she pushed doubt aside, instead remembering another of her father’s lessons. “Sometimes you just have to move forward and do it,” Johnsen said. “That advice has served me well at the railroad and life in general.”

She was promoted and moved to Council Bluffs, Iowa, as a manager of transportation operations (MTO). The position requires flexibility and 24/7 on-call availability, but Johnsen added another challenge to the mix – a family.

She and her husband welcomed a daughter, Kymber, and fraternal twins, Kodee and Kyler, within two years. Not having extended family in the area, Johnsen said it was hard to find support. She went by word-of-mouth looking for babysitters and required anyone she hired to spend a day with her for “on-the-job training.”

“It’s hard for women to have a family and career, especially one that often requires me to drop everything and go to or stay at work,” Johnsen said. “I do miss things, but my kids know how important they are to me.”

It’s easy to see how proud Johnsen is of her children. She laughs as she describes a favorite family past time turned competition: Seeing who can be the first to answer railroad trivia on car trips, anything from “What kind of train is that?” to “How long does it take a train to stop?”

“These memories are precious to me, and I’ve learned how to make time for family, despite a demanding job,” Johnsen said. 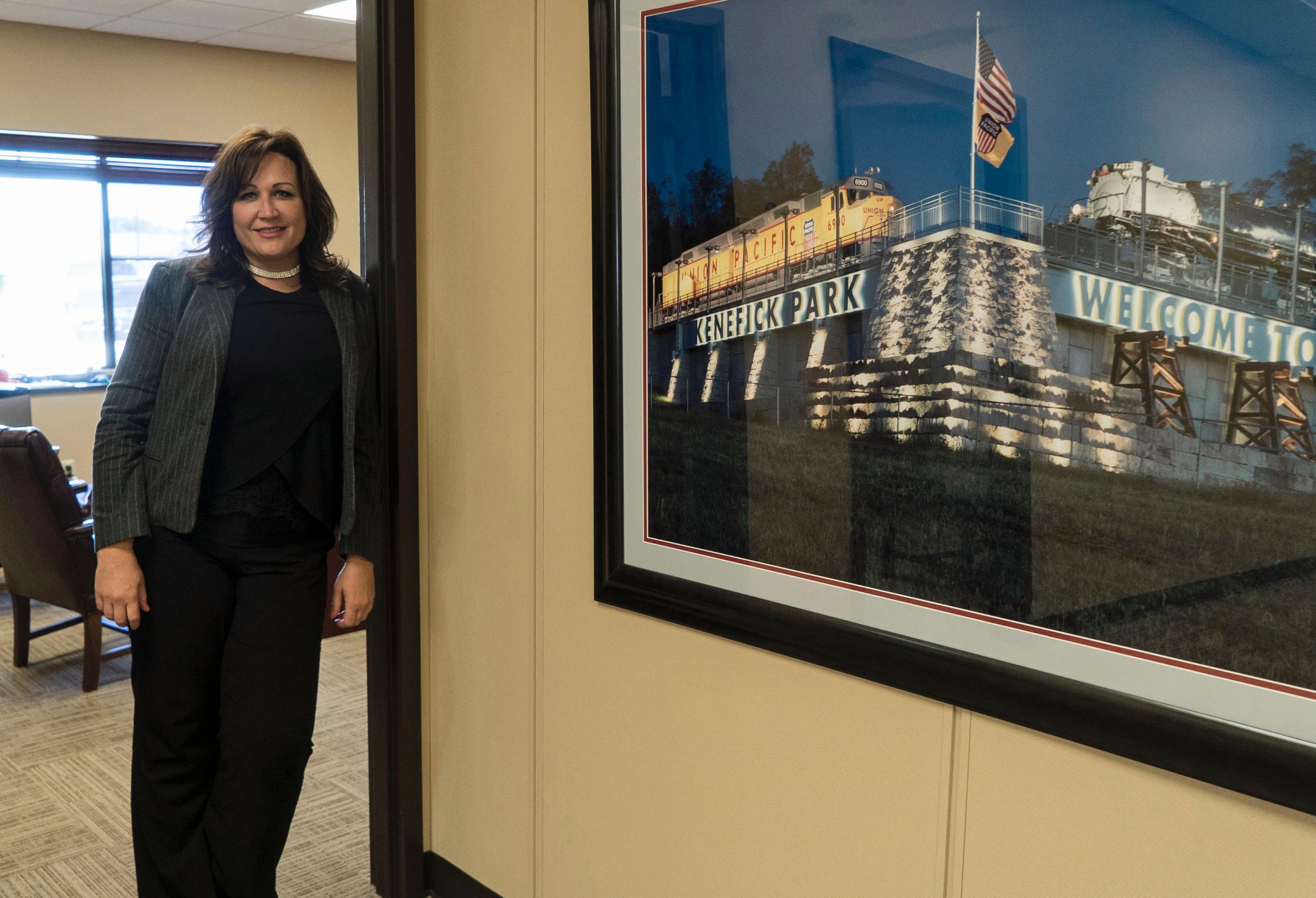 Johnsen stands outside her office at the Council Bluffs Service Unit, where she was superintendent.

After several years in the field, Johnsen returned to the Harriman Dispatching Center to supervise trains hauling time-sensitive packages for one of the world’s largest delivery companies. She then transitioned to the intermodal group, which oversees movement of containers carrying everyday goods, such as clothing, electronics and appliances.

She was then promoted to Council Bluffs Service Unit superintendent in March 2017 after spending much of her life and career working in and around the area. Superintendents are responsible for all train activity and personnel in their service unit, which covers a specific geographic area.

“Having spent so much time in Council Bluffs, the people there were family,” Johnsen said. “I tried to spend as much time outside my office as possible, listening to employees and their concerns, and ensuring every person went home safely.”

In July, the Council Bluffs Service Unit consolidated with the Twin Cities Service Unit, and Johnsen was promoted to general superintendent of the Harriman Dispatching Center, another homecoming.