Union Pacific Investment in Modernized Locomotives is Largest in History 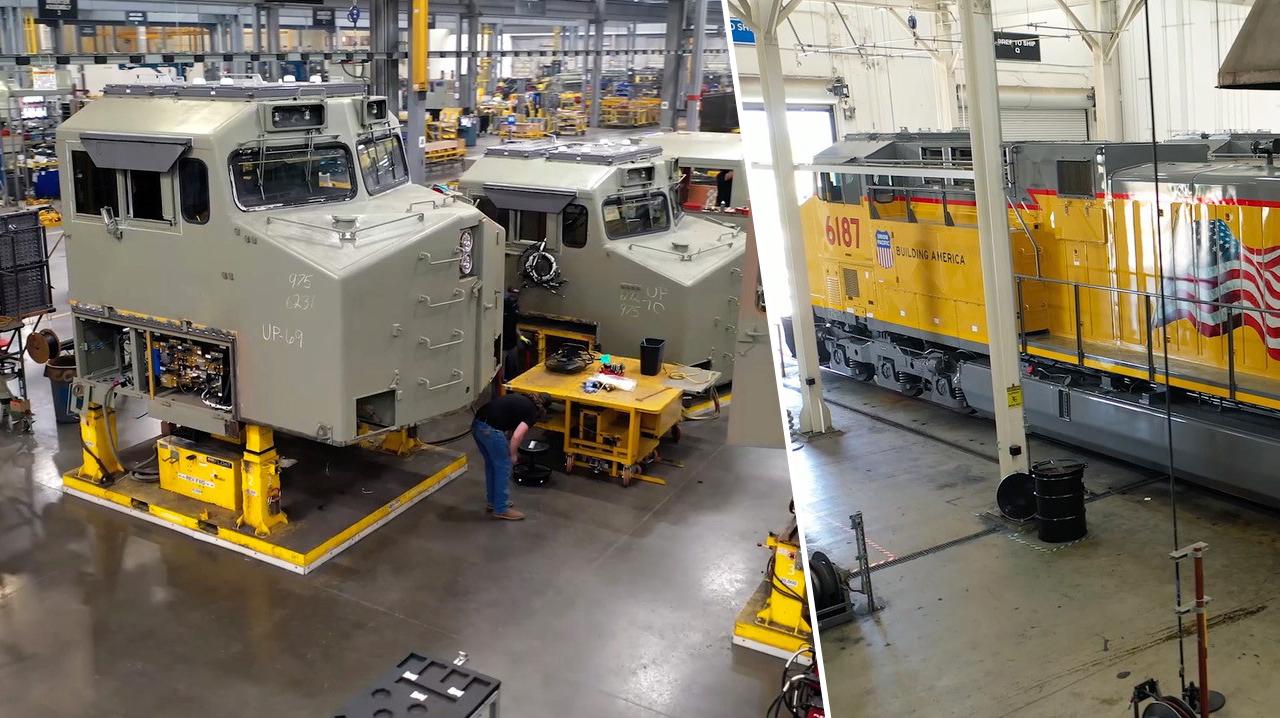 The agreement, worth more than $1 billion, will apply technology to Union Pacific’s existing locomotive fleet to improve reliability and fuel efficiency as well as reduce emissions.

Take a look at the modernization work being done on Union Pacific locomotives at Wabtec's Fort Worth, Texas, plant.

The modernization initiative comes as the industry looks to sustainably meet the growing demands on the rail network by maximizing and extending the capabilities of locomotive fleets. It also helps place Union Pacific on a path to achieve its aggressive emissions target to reduce absolute Scope 1 and 2 greenhouse gas (GHG) emissions by 26% by 2030 from a 2018 baseline on a path to net zero emissions by 2050. The modernizations also support UP customers’ efforts to meet their own carbon reduction targets.

“Modernizations are a game changer for our customers, offering the ability to realize significantly more value out of existing locomotive assets,” said Rafael Santana, president and CEO of Wabtec, a leading global provider of equipment, systems, digital solutions and value-added services for the freight and transit rail industries, as well as the mining, marine and industrial markets.

“By customizing these solutions for our customers and installing state-of-the-art technology, we are helping our customers realize outcomes including increased tractive effort, fuel efficiency, reliability and adhesion, which reduce maintenance, repair and overhaul expenses,” Santana said.

The modernizations will provide approximately 350 tons of carbon reduction per locomotive per year. The total order will enable Union Pacific to realize approximately 210,000 tons in annual emission reductions. The reductions are the equivalent to removing emissions from nearly 45,000 passenger cars per year.

The modernizations also support the circular economy, with more than half the locomotive’s weight being reused. Over the course of the order, approximately 70,000 tons of steel will be reused and recycled – the equivalent of more than 51,000 passenger cars.

Wabtec will modernize 525 of Union Pacific’s AC4400 and AC6000 locomotives, as well as 75 Dash-9 locomotives. The modernized locomotives will feature a suite of digital solutions and innovations, including next-generation controls technology. The modernizations will extend the locomotive’s life and provide benefits, including a fuel efficiency improvement of up to 18%; a more than 80% increase in reliability; and a more than 55% increase in haulage ability.

This deal is the third major modernization order from Union Pacific since 2018, with more than 1,030 locomotives upon completion in 2025. Wabtec will modernize the locomotives at its plants in the United States. The deliveries are expected to begin in 2023.