Powell High School students' display is an animated model train from the era of the Transcontinental Railroad.

“UP was a driving force in creating the transcontinental railroad, and fundamental in creating Wyoming and its industries,” Gilman said. “Wyoming’s history, population layout, towns, industry and even today’s politics are all due to UP’s influence.”

In August 2017, the students started construction on an 18-foot, 1/3 scale powered Baldwin 4-4-0 locomotive with a UP tender. The motion-activated train will hover above wall-mounted tracks emerging from a tunnel with moving wheels, lights, bell chimes and a whistle.

“This is all student-created work in my art classroom, working with robotics, welding, woodworking, math, science, English and, of course, history,” Gilman said. “The kids love it.”

The students plan to hang a display box containing a Golden Spike ceremony photograph and small memorabilia, as well as track and Golden Spike re-creation items.

“We are in the final stages of getting ready to hang our ‘Panther’ locomotive,” Gilman said.

The incorporated taxidermy mounts, murals and tunnel are all pieces of student work, taking thousands of hours to complete.

“We wanted this display to include a Wyoming theme, so of course, our train had to be a tribute to UP’s role developing our great state,” Gilman said. “Our ‘Panther’ could only be from one railroad, and that’s UP.”

The train will be on permanent display in the school. 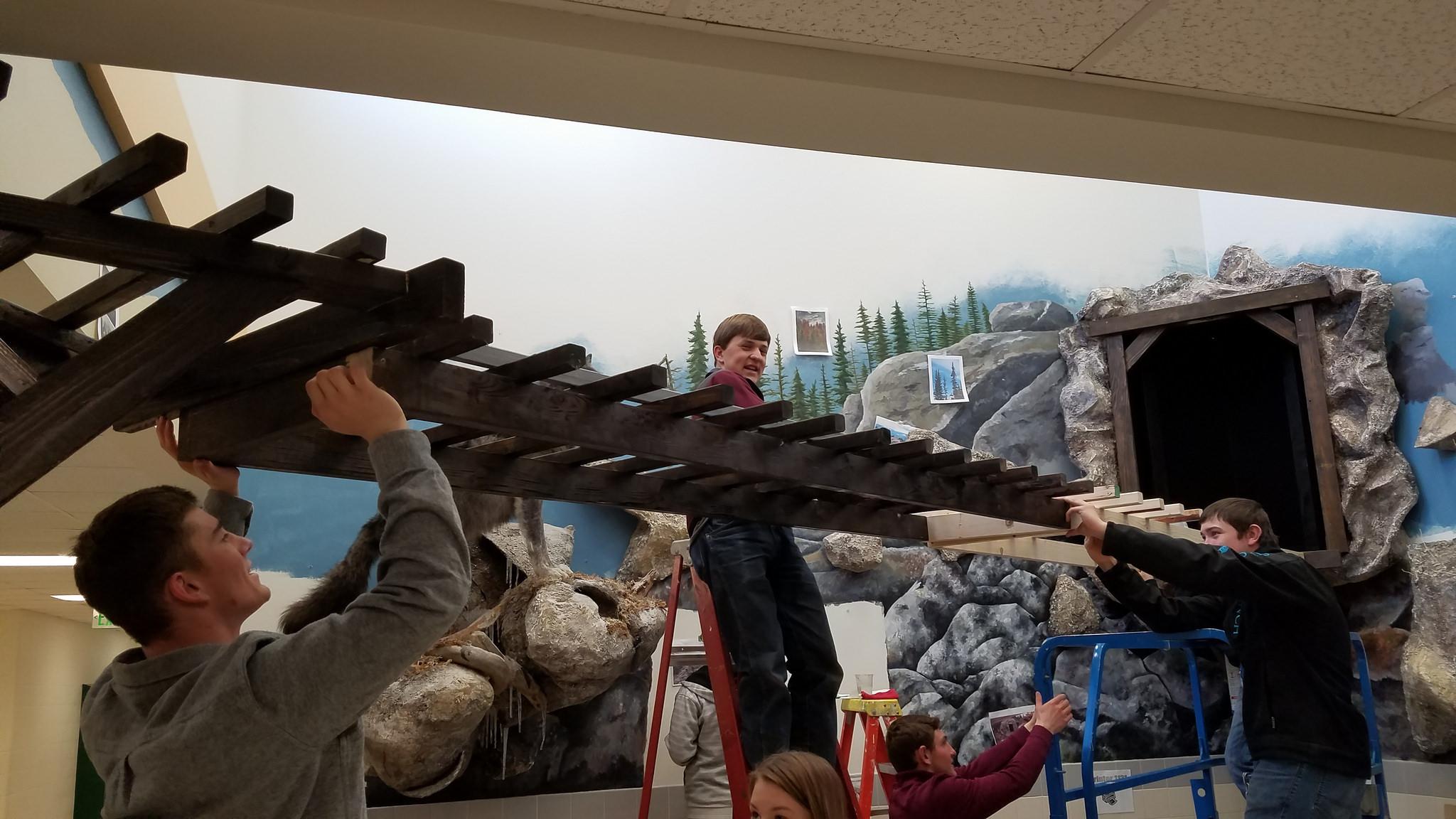