The Feel-Good Story that Keeps Giving 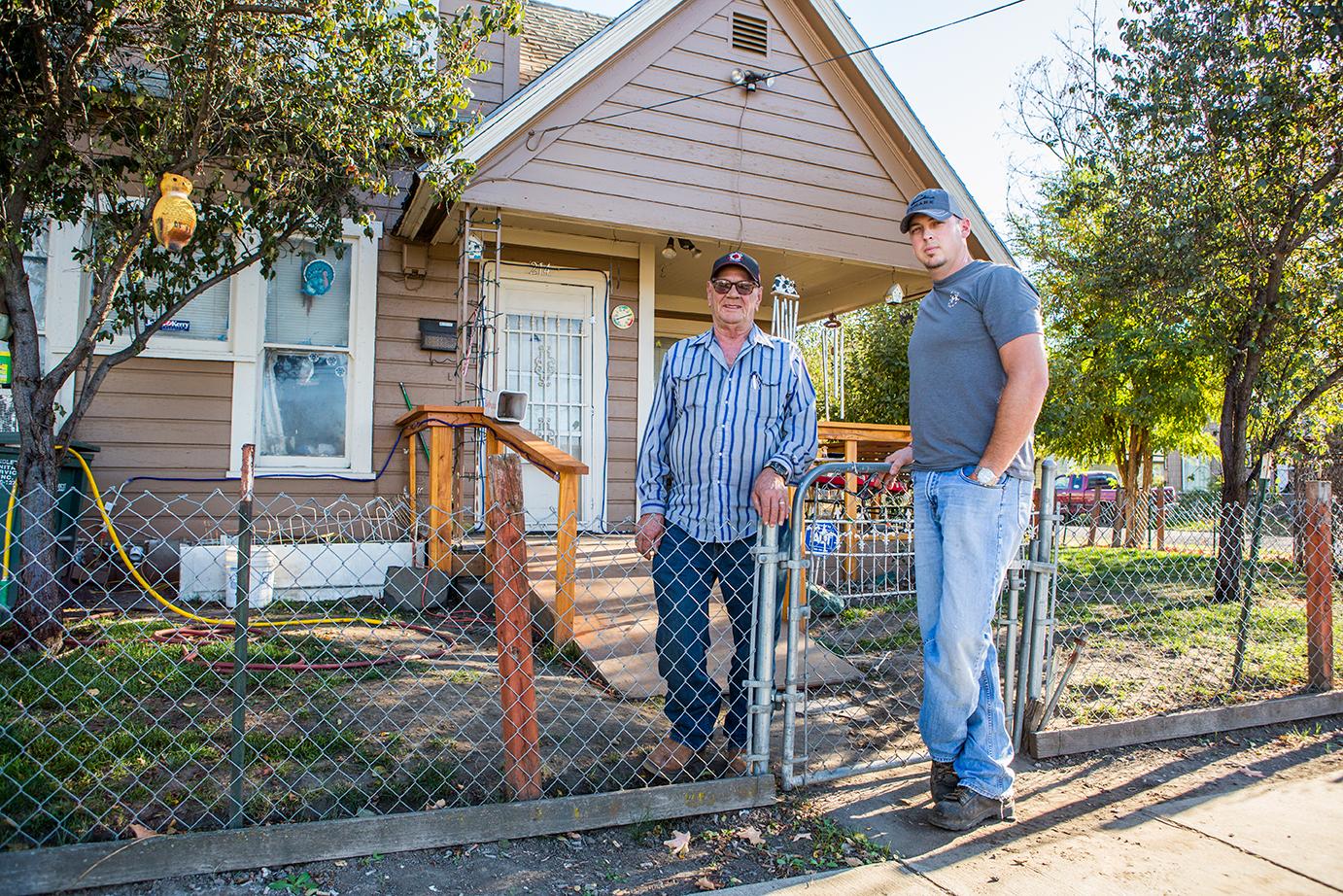 When Josh Cyganik, a track inspector out of Pendleton, Oregon, decided to paint an elderly man’s house, he didn’t expect to receive an avalanche of media inquiries, hundreds of new Facebook friends or an adjusted outlook on life.

When Josh Cyganik, a track inspector out of Pendleton, Oregon, decided to paint an elderly man’s house, he didn’t expect to receive an avalanche of media inquiries, hundreds of new Facebook friends or an adjusted outlook on life.

The elderly man Cyganik helped, Leonard Bullock, lives with his wife, Dorothy, across the street from UP’s main line, where Cyganik meets his co-workers every day. It was there that he overheard two teenagers say the house should be burned down. Cyganik was appalled. Worst of all, he knew Leonard had overheard.

After dwelling on it for a few days, Cyganik decided to take it upon himself to fix up the Bullocks’ home. Although able to gather fellow railroaders to help, Cyganik was concerned they wouldn’t have enough helping hands. So he posted the story on Facebook, asking for the help of his friends and family. Within 24 hours, the post had been shared more than 6,000 times and ultimately more than 100 people showed up to help. Together, the crew painted the previously rainbow-colored home a crisp coat of uniform beige.

A few weeks later, Union Pacific told Cyganik’s story. That story went viral, quickly spreading across the globe. By the time traffic slowed a few days later, the story had been shared more than a million times throughout 29 countries. “My name was tweeted more than 500,000 times,” Cyganik said. “That’s crazy.”

The incredible reach of the story has given Cyganik a new perspective on life. “The UP story going viral lit up a whole new fire in me,” he said. “People from across the world were contacting me, asking how they could help. I received newspaper clippings from all over from people telling me my story inspired them to go out and help their neighbors or volunteer somewhere. That’s awesome!”

Cyganik said he feels like he’s had blinders on for 30 years. “I’ve got my family, my job, my home, my good things,” he said. “But Leonard and Dorothy made me realize there are a lot of people with less; and I have the means to give back and help. What difference are a few hours or days out of my life to do something for someone else?”

Determined to continue spreading respect and kindness throughout his little slice of America, Cyganik recently formed a local citizens committee that’s looking to help another family. “We’re actually thinking about going to the local newspaper and asking people to submit requests,” he said. “We want to find a family that could really use a hand.” 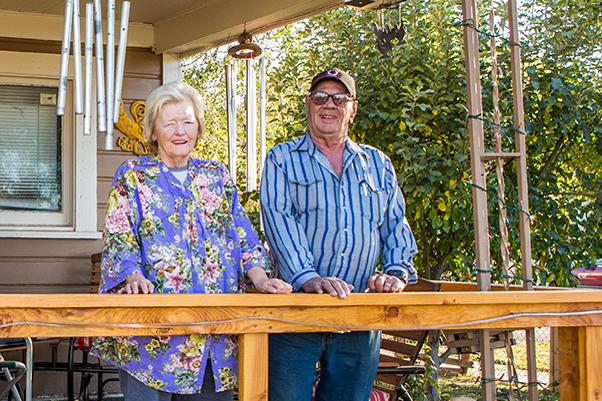 Dorothy, left, and Leonard Bullock on their new front porch.

As for the Bullocks, Cyganik says they’re happy. “Leonard and Dorothy are doing fantastic,” he said. “Leonard specifically seems to have a new pep in his step. I see him accomplishing little home grooming things. After all the volunteers left and the new porch was installed, I saw him painting his front door. My buddy saw him putting grass seed down, too. He seems to have newfound pride in his home."

Cyganik is still looking for a roofer willing to donate time to work on the Bullocks’ house. “He has a new porch and heating system, but nobody has stepped up to do the roof,” he said. “It’s unfortunate, because all the materials are there; we just need a professional to do it. It wouldn’t be a safe project for volunteers.”

Cyganik said reaching out to the Bullocks strikes at the heart of what Courage to Care, Union Pacific’s pledge of safety and personal accountability, is all about.

“At work, Courage to Care means to look out for one another, to make sure we all go home safe to our families,” Cyganik said. “It’s about being safe and working safe. But that notion is what gave me the courage to take action for Leonard and Dorothy. It’s just a reminder to care for those around you. That’s a message we can use in our personal lives, too.”