How Driverless Cars and Trucks Are Impacting the Transportation Industry 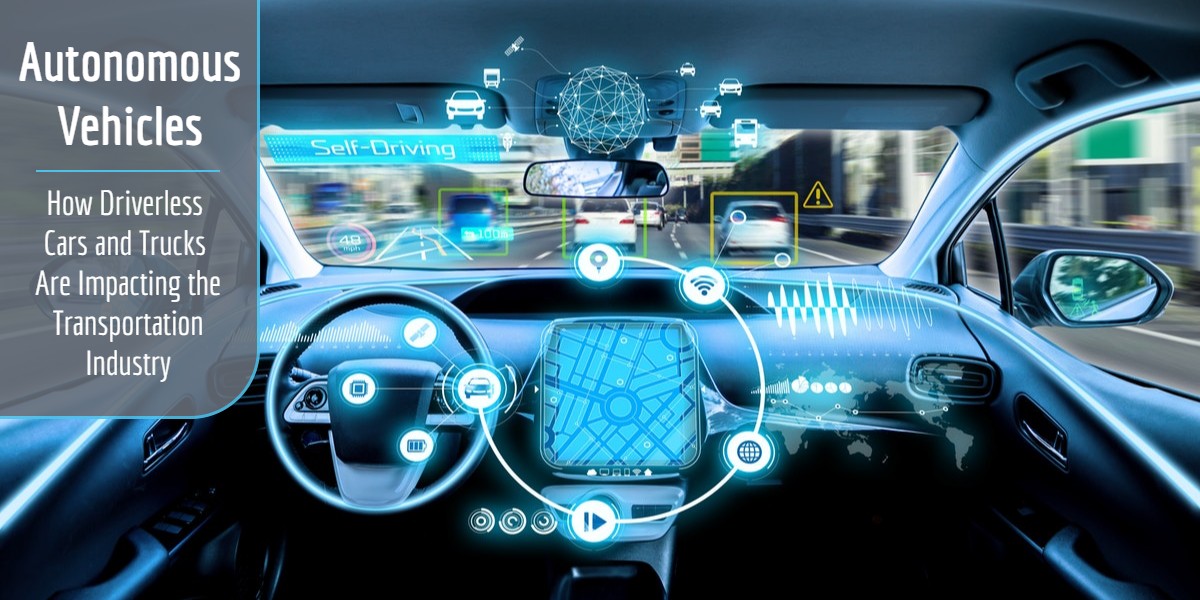 How will the emergence of autonomous vehicles impact your business and how you ship your freight?

There has been a lot of talk over the years about self-driving cars, and most recently, thanks to rapid advancements in technology, the idea isn’t as far-fetched as it once was. Several automakers and tech companies, like Tesla and Waymo, are working hard to develop and harness the automation technology to make this dream a reality sooner rather than later. Believe it or not, by the year 2040, Fortune magazine estimates 95 percent of new vehicles sold, or 96.3 million cars, will be fully autonomous.

While they are still in the early development stages, there is no doubt that autonomous vehicles are the wave of the future, and it is clear they will have major potential to transform the way we travel and ship goods from place to place.

Zero to Six: The Levels of Driving Automation 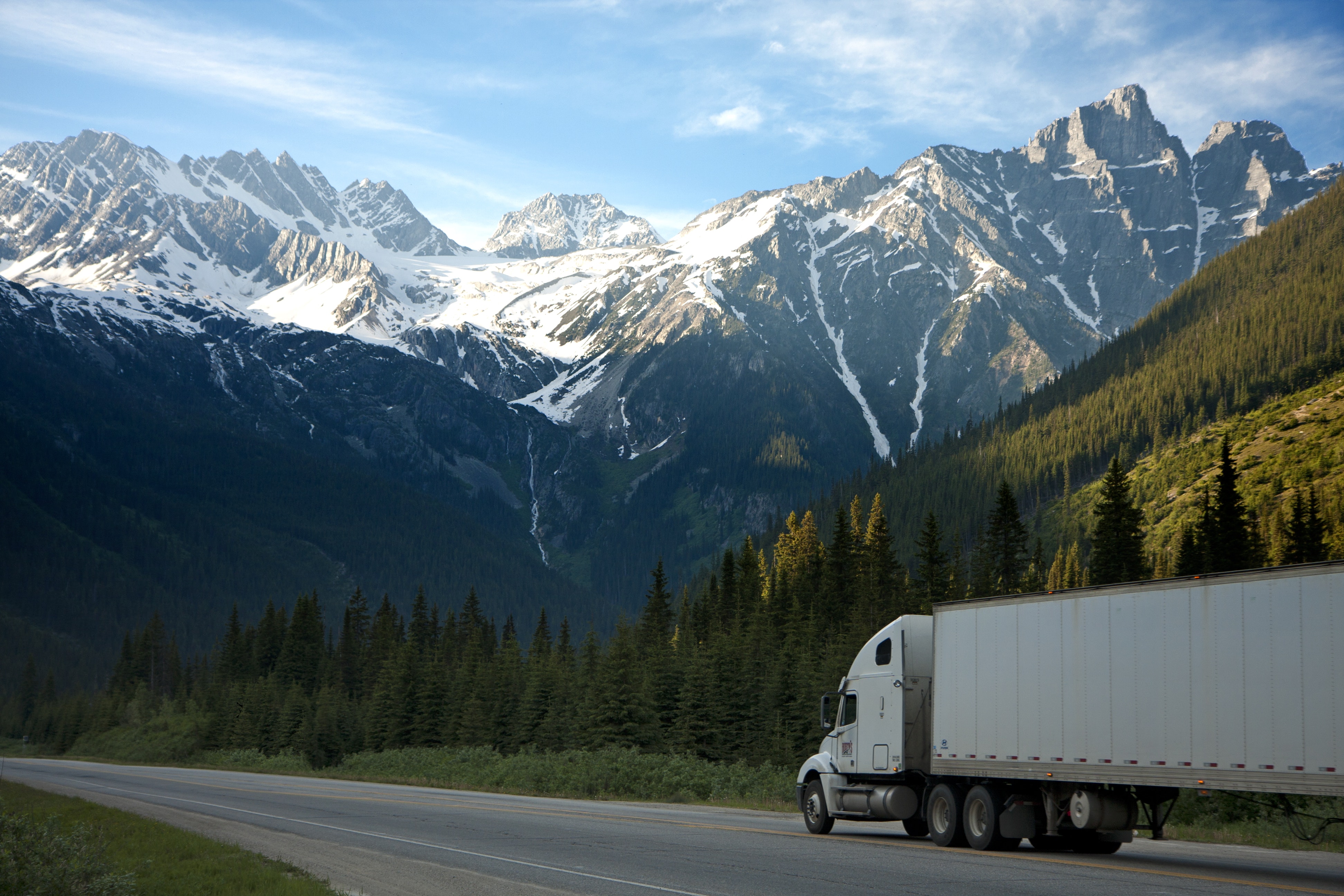 To fully understand how an autonomous vehicle is defined, let’s take a look at the various levels of automation and how far we’ve come.

Here’s a breakdown of the six levels:

Keep in mind, the majority of new cars on the road today are equipped with a few automated features, like lane-centering steering and self parking — placing them somewhere between Level 0 and Level 2. However, the advancements continue and more cars equipped with automation technology are traveling on our roads each year. Research from Canalys estimated that 414,000 cars with Level 2 functionality were sold in the second quarter of 2019, representing 10 percent of all new cars sold during that period.

While many have concerns about a world where cars drive themselves, there are several potential benefits to going fully autonomous, including:

Impact on the Transportation Industry 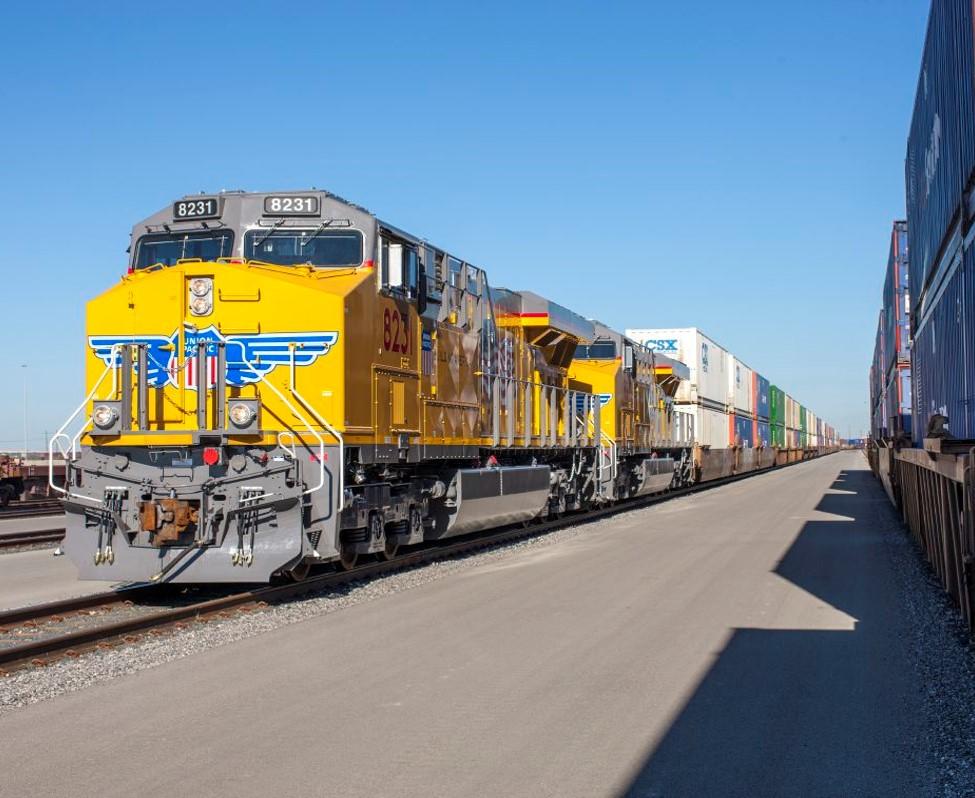 Railroads will need to understand how autonomous trucks may impact their intermodal business, as well as first- and last-mile deliveries.

So, you might be thinking this is all very interesting, especially when it comes to consumer vehicles — but how will the emergence of autonomous vehicles impact my business and how I ship my freight? Let’s take a look at some of the impacts it will have on major sectors of the shipping world.

Trucking
Although there has been much progress made toward developing autonomous vehicles to transport people, many believe that integrating autonomous trucks (ATs) into the freight transportation supply chain is still a decade or more away. Before commercial freight trucks run freely on the roads with no drivers at the wheel, there are many questions that need to be answered and issues to be addressed related to government regulations, legal risks, liability concerns, ongoing maintenance and the need for employees and infrastructure to support it all.

Notably, there are some trucks already out on the roads that operate between a Level 2 and Level 3, meaning, there is still a driver required. For example, Daimler Trucks and technology firm Torc Robotics have started testing autonomous trucks on public roads in southwest Virginia. All “automated runs” require an engineer to oversee the automated system and a driver to ensure the truck is moving along safely.

As these types of test runs continue across the trucking industry, trucks operating at this level may adopt “platooning,” a technique that connects a convoy of trucks to one leading truck, allowing the group of trucks to operate safely closer together and to take advantage of fuel efficiencies. Currently, platooning requires a driver in each truck, but in the future we could see platoons that require a driver in the leading truck only and driverless trucks following closely behind it.

Rail
Autonomous trucks (ATs) will have an impact on the rail industry, too. To keep up with ever-changing technology, railroads are increasingly embracing digitization and thinking about rail transport as a part of a comprehensive supply chain solution (that oftentimes could include the use of ATs down the road). Railroads will need to understand how ATs may impact their intermodal business, as well as first- and last-mile deliveries. It will be key to be prepared for this change and embrace it as advances in technology continue.

And although trains may not be running themselves any time soon, the industry is working through some automation initiatives of its own, including Positive Train Control (PTC), technology designed to automatically stop a train before accidents related to human error occur. Additionally, to improve the overall customer experience, railroads are using data to automate processes to improve efficiencies, maximize capacity, control inventory levels and better communicate with customers in real time.

Warehousing and Logistics
According to a report released by McKinsey & Company, logistics companies are shifting toward comprehensive automation throughout the entire shipping process. For example, XPO Logistics’ “warehouse of the future” incorporates collaborative robots, an advanced sorting system and indoor drones. It will be important for warehousing facilities to start working on preparations to receive shipments from ATs, making sure entrances and exits, docks, parking lots and doorways are equipped to accommodate driverless vehicles.

Shippers
If you are a business that relies on truck and rail to deliver your goods across the country, it might be time to consider how ATs could impact your production pipeline and schedule. No longer requiring human intervention, ATs have the ability to work around the clock throughout the entire year, which could affect a wide range of things, like how freight is received, warehouse infrastructure, how to incorporate rail into the shipping mix and how to manage shipments throughout the night hours.

Ready or not, driverless cars and trucks are no longer something you would only expect to see in a Jetsons cartoon or 80s sci-fi movie. The technology is advancing rapidly, and it is critical that shippers and logistics professionals begin thinking about how this trend will impact their businesses and supply chains as they plan for the future.

For more information on technological advancements in the rail industry and how to prepare your business for the future, get in touch with us. 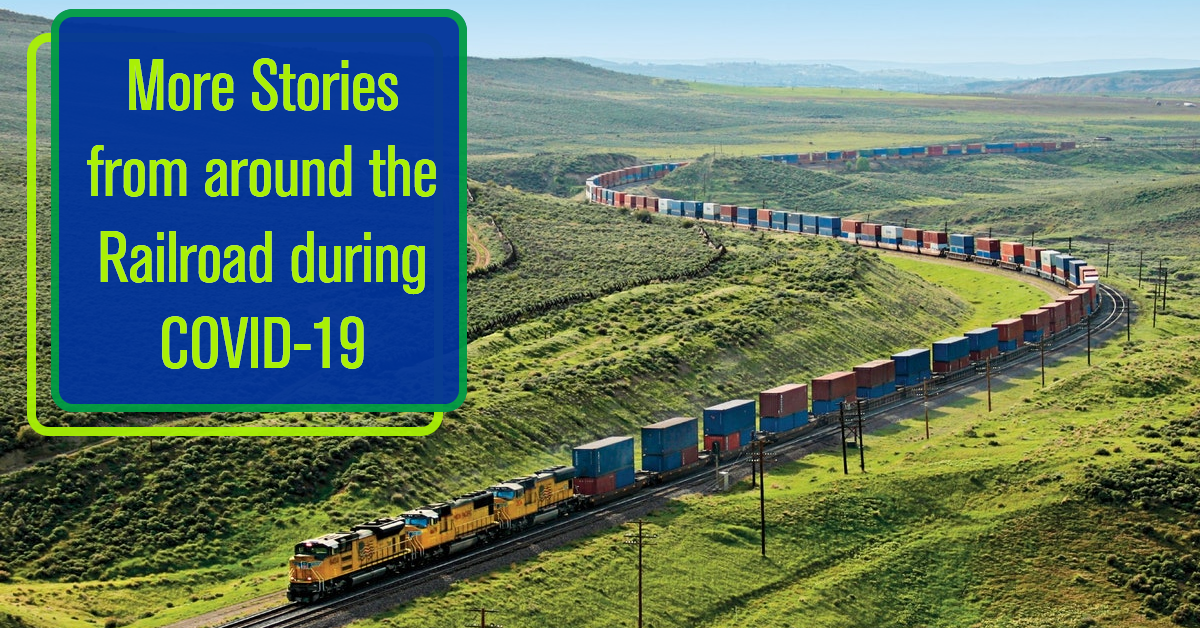 More Stories from around the Railroad during COVID-19

Railroads are doing everything they can to keep supply chains moving during the pandemic. But they are also taking other special measures at this time. In Part I of “Stories from around the Railroad during COVID-19,” we heard stories about keeping grocery store shelves stocked, supplying N95 to health care workers, shipping both the raw materials for toilet paper as well as the finished product, and more.

Railroads continue to deliver during the pandemic, and they continue to take extraordinary measures, too. These are the latest stories of their efforts. 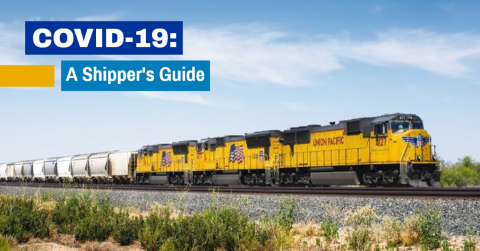 The transportation industry continues to play a critical role in keeping America moving — delivering medical supplies, food and beverages and other essential goods needed to fight COVID-19 and to keep families healthy and safe.

As we navigate our way through this unprecedented time, staying informed of the current developments related to your business and your supply chain can be overwhelming. That is why we have expanded our guide of trusted sources for the latest news pertaining to major areas of business, freight transportation, logistics and supply chain management.

For up-to-date information on COVID-19 and helpful resources for shippers and logistics professionals, check out the following web pages. 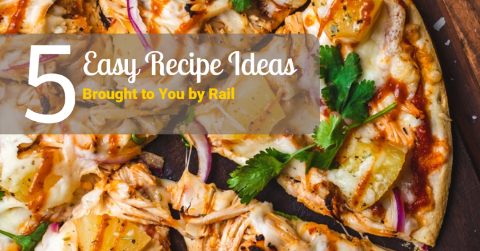 In these unprecedented times, we are taking on many new (and some unfamiliar) roles as we stay home and stay healthy, including teacher, caregiver, coworker…and chef?

With more time at home, you may find yourself day after day standing in your kitchen, staring into the refrigerator pondering what meals you can throw together for your hungry family. We want to help.

We’ve identified a handful of easy and delicious family-friendly recipes that include ingredients with a longer shelf life, which will yield several meals over a few days and most importantly, will keep your energy up to power through a day of juggling both work and home life. Plus, these recipes can be whipped up fast if you have limited time to cook between tutoring sessions and conference calls. 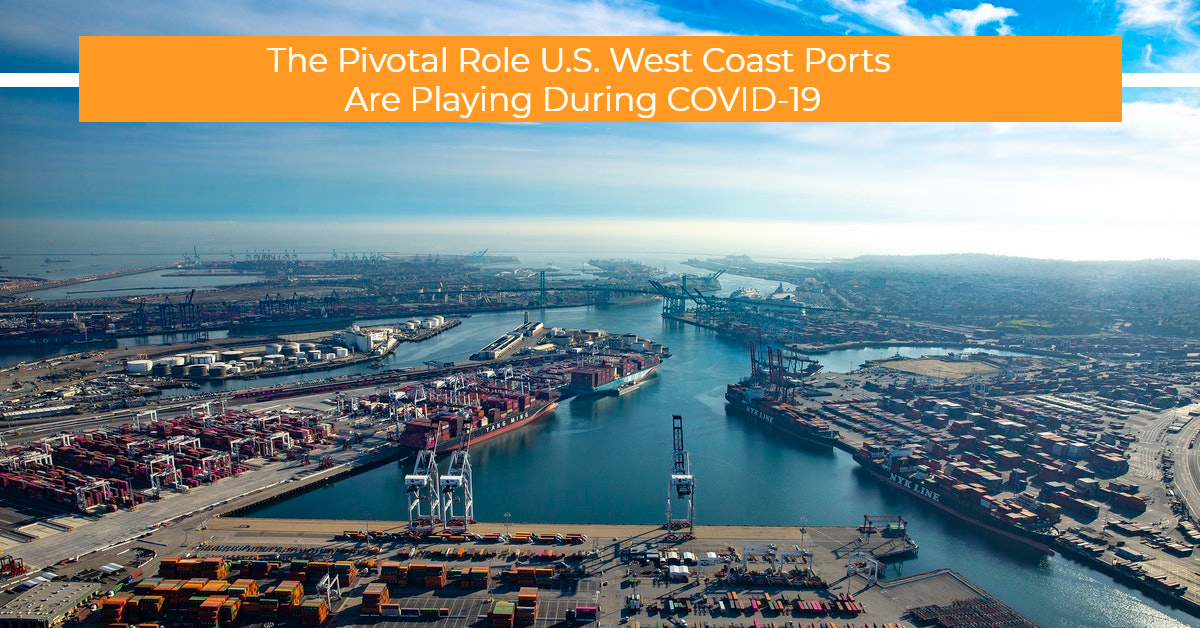 The COVID-19 pandemic has brought a heightened awareness to the importance of supply chains. With shifts in consumer buying patterns and increased demand for pandemic-related products, supply chain fluidity and faster speed to market are more important than ever. U.S. West Coast ports are helping to accomplish just that.

Take personal protective equipment (PPE) like masks, gowns, eye shields, and medical equipment like hoses, for instance. When these products are imported from Asia, finding ways to get them inland quickly is essential. While some of the more critical products, like ventilators, may travel by air cargo for an initial emergency shipment, a steady flow of product is a must to maintain stock in areas where product is needed. The same goes for the many other consumables on which the general public relies – and that are keeping people safe and comfortable at home. The way these products are imported can mean the difference between product availability and product shortages, especially as typical inventory patterns have been disrupted by the pandemic.

This is the story of how U.S. West Coast ports, which include the Port of Los Angeles, Port of Long Beach, Port of Tacoma, Port of Seattle, and the Port of Oakland, are doing their part to help Americans get the products they need. 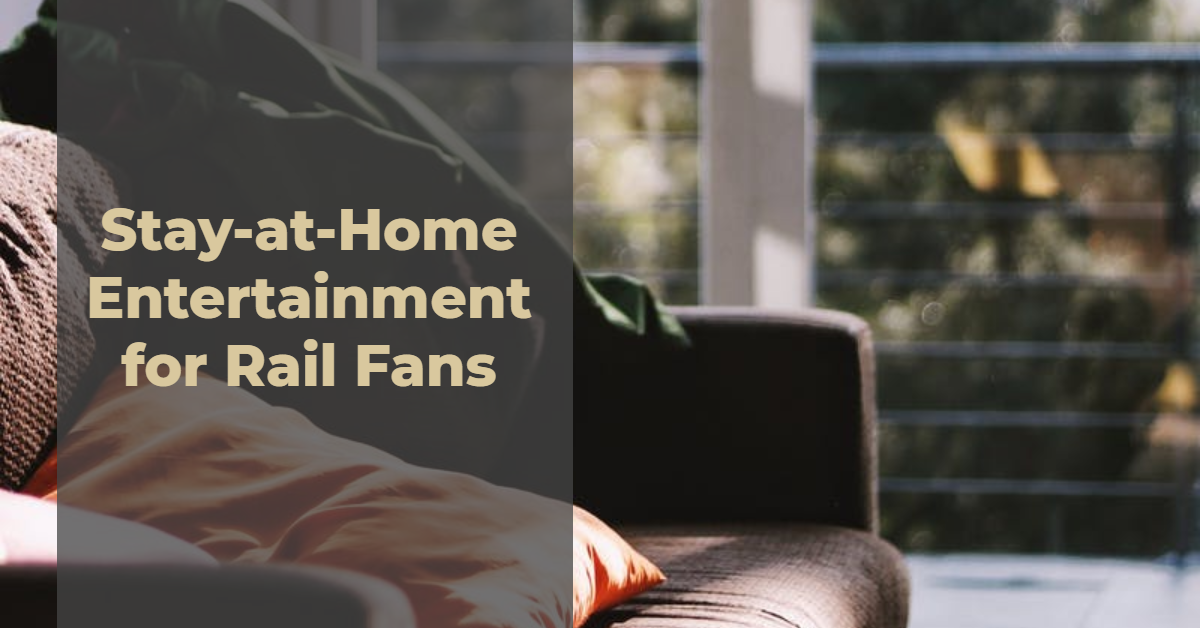 The COVID-19 pandemic and shelter-in-place orders have many Americans looking for new ways to have fun...at home. If you love trains, you may be lucky enough to watch them in person while also remaining socially distant. But if you’re looking for some at-home entertainment, here are seven ways you can break up the boredom. 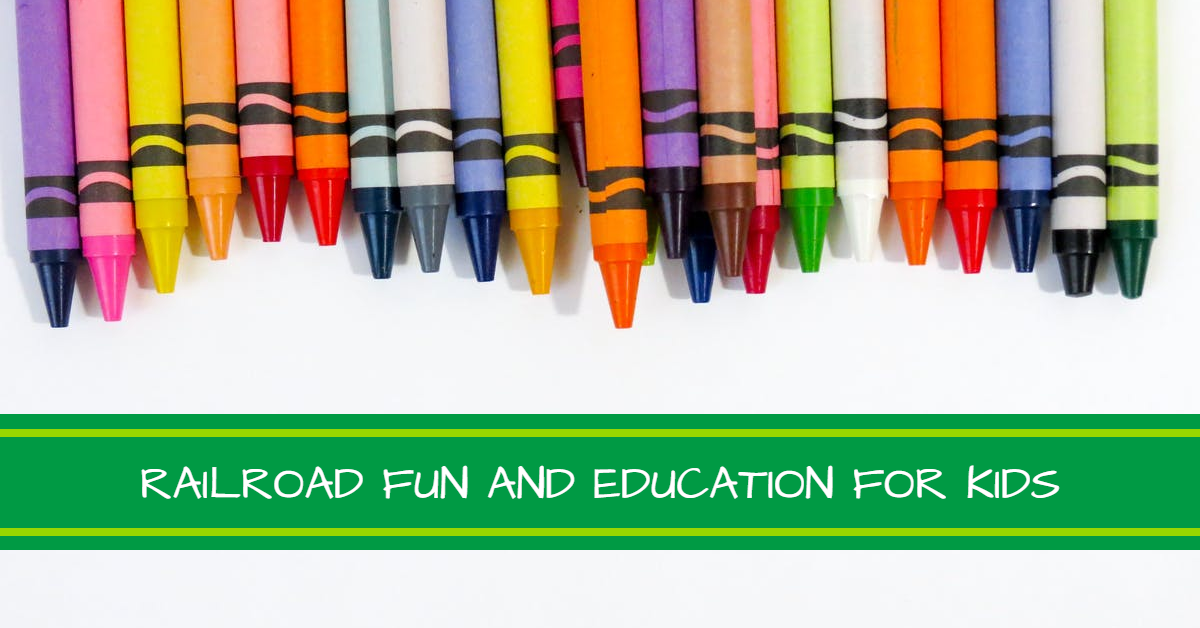 Staying at Home with Your Kids? Rail Resources to the Rescue

Nearly overnight, COVID-19 has turned many parents into homeschoolers and full-time care providers. If you’re looking for fun, new ways to educate your kids (or simply just keep them entertained), these resources can help kids learn about — and have fun with! — the railroad. 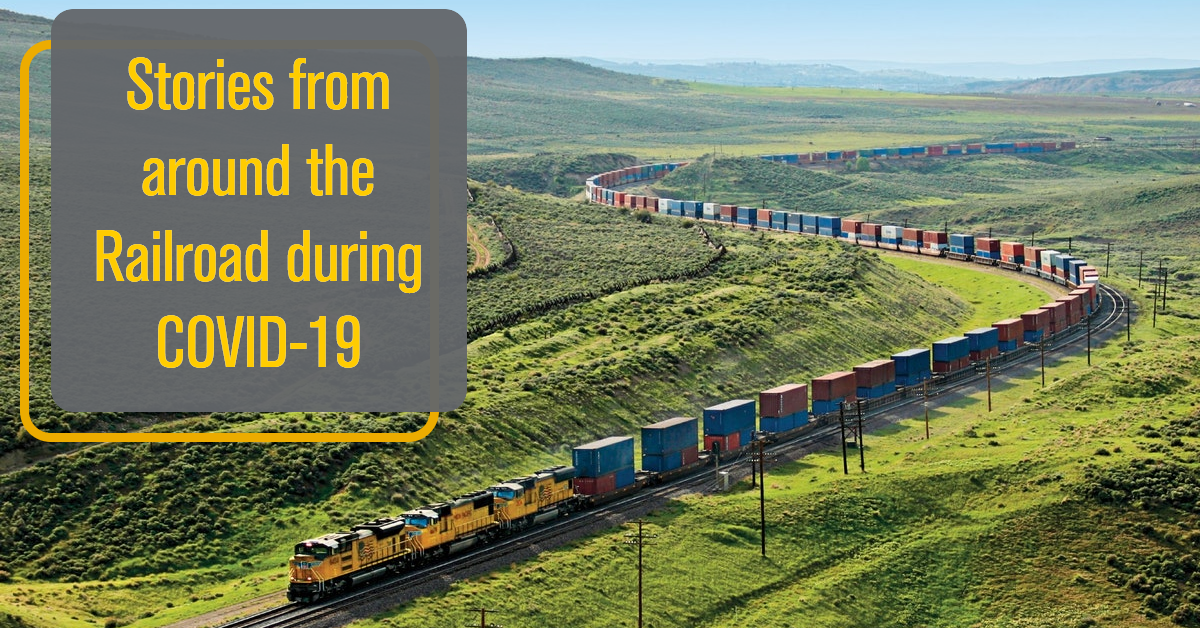 Stories from around the Railroad during COVID-19

When a global pandemic strikes, what do railroads do? The first answer is “keep running.” Every day, railroads support the nation by delivering critical resources – and that doesn’t change, even in the event of shelter-in-place orders. Railroad employees are considered "Essential Critical Infrastructure Workers” – the people who must continue working to keep the businesses essential to public health, safety, the economy and national security in operation. Railroad workers are included on this list because of their important role in keeping supply chains moving.

But it’s not just business as usual for railroads. Railroads are doing everything they can to keep supply chains moving, but they are also taking other special measures during the pandemic. These are a few of those stories.