Along the Way with Union Pacific's Big Red Express 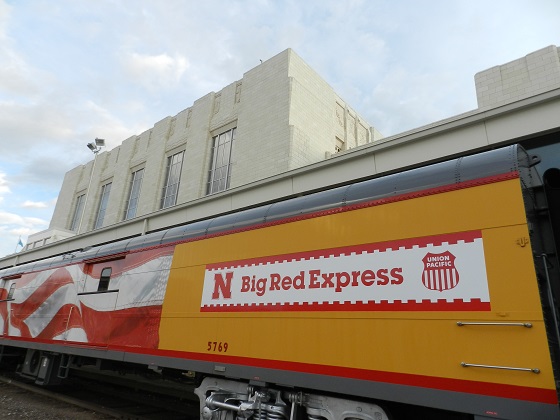 The consist arrived at the Durham Museum before dawn. 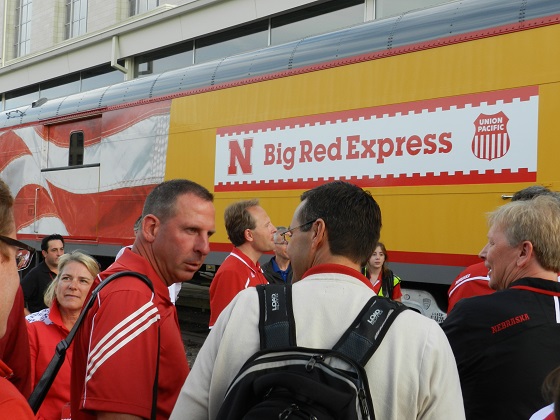 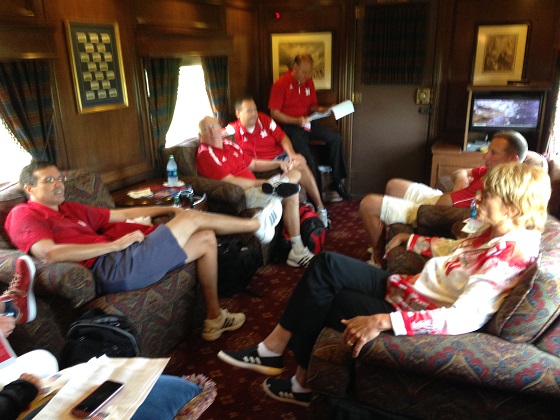 Coaches from Nebraska athletics take advantage of the opportunity to chat onboard Union Pacific's Heritage Fleet. 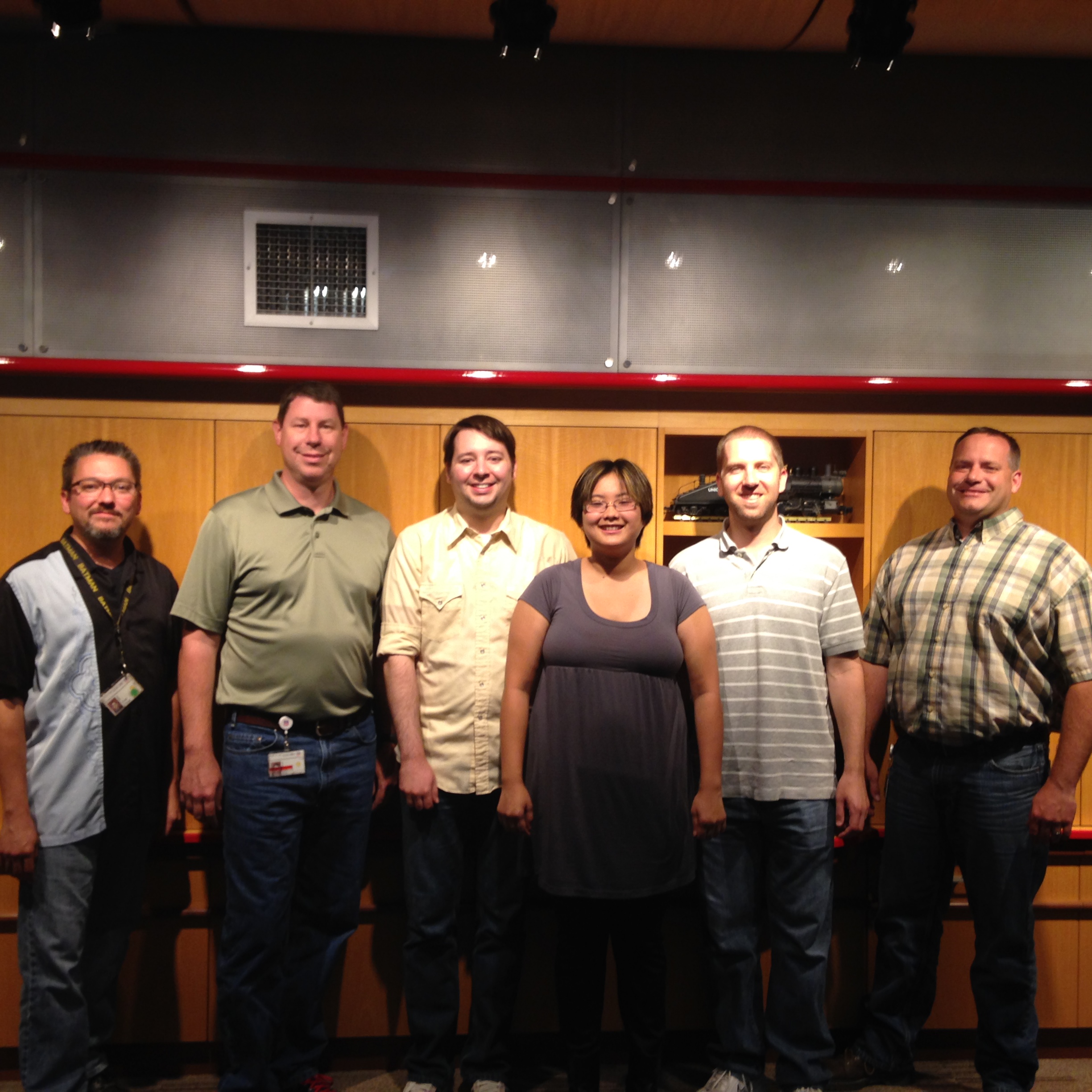 Thanks to the UP dispatchers that made sure the Big Red Express ran on schedule. Standing from Left to Right: Director Chad Preuss, Dispatchers John Size, Nathan Lenzen, Queena Leung, Andrew Smith and Corridor Manager Mike Gant 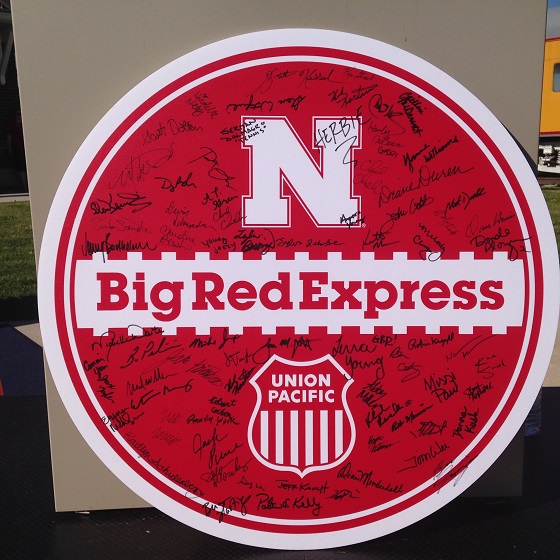 Everybody on board from both Union Pacific and the University of Nebraska-Lincoln signed these commemorative Big Red Express signs, which were presented to the mayors at each whistle stop. 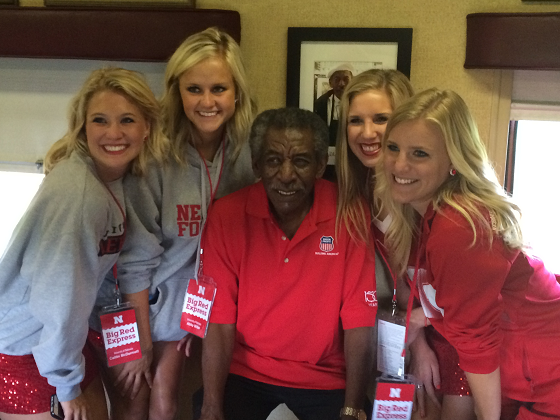