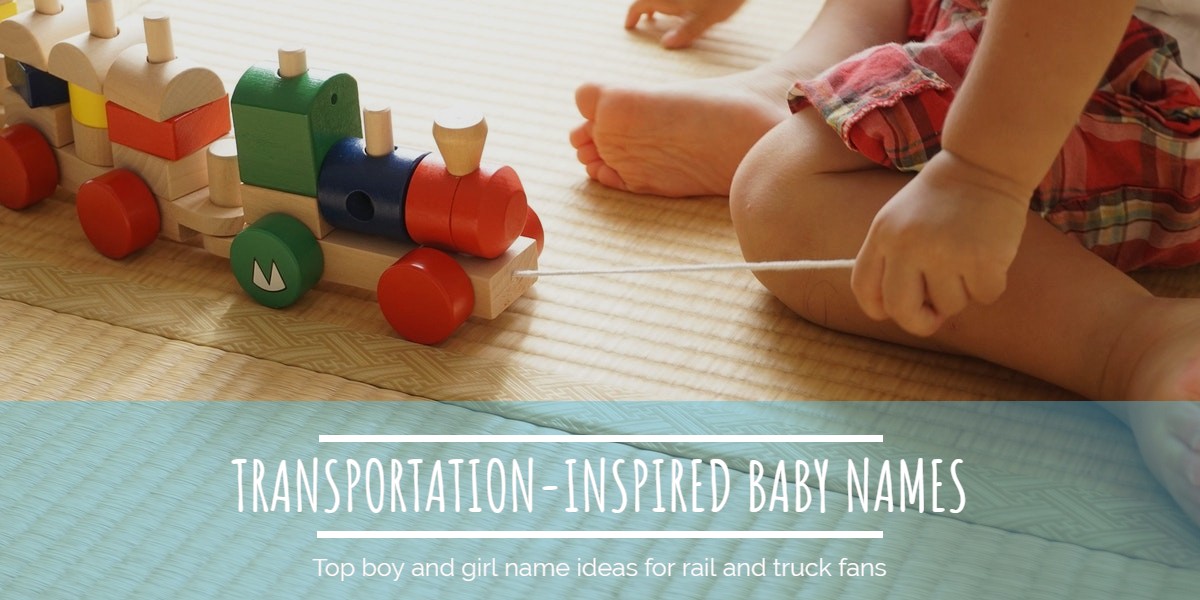 If you’ve got a baby on the way, a passion for transportation or simply a love for learning about the key influencers who helped shape the world of shipping, check out our top names inspired by all things related to trucks, trains and more.

Will the COVID-19 pandemic result in a baby boom? Some people think so.

Whether or not that is the case, if you have a baby on the way and a passion for transportation, you’ve come to the right place for baby names inspired by all things related to transportation, trucks, trains and more. Check out our unique shipping-related baby name ideas here.

ABRAHAM
Presidential names are always popular, but this one is extra special, thanks to Abraham Lincoln’s ties to the railroad. Known as the “great uniter,” Lincoln played a big role in bringing our nation together through the construction of the transcontinental railroad. If you’re not keen on Abraham, Abe or Lincoln are also fine choices that exude strength, dignity and honesty.

BEAUMONT
Beaumont Hill, a largely overlooked scenic train route in Southern California, is a hidden gem that rail fans love to photograph. Beau, or even Monty, are also unique options that have a bit of a vintage, masculine vibe.

CLIFFORD
If you are fascinated by container ships that travel the open seas, Clifford could be the perfect choice. The name is inspired by Clifford J. Rogers, one of the first ships designed and built to handle containerized freight back in the 1950s.

EDWARD
If you’re looking for a name that conveys determination and vision, look to E.H. (Edward Henry) Harriman for inspiration. Harriman embraced immense undertakings and served as a catalyst in changing how railroads operated, essentially creating a railroad empire. Ed, Eddie and Ward are great variations of this name. Henry, Harry or even Harriman are also solid options that pay tribute to this brave railroading trailblazer.

FRITZ
Unusual, yes. And that’s why we love it. A contraction of Frederick, meaning “peace” or “ruler,” Fritz is a unique, edgy name inspired by Union Pacific Railroad’s current Chairman, President and CEO, Lance Fritz.

GAUGE
Another form of Gage, meaning “to ascertain by exact measurements,” this is an appropriate name for any transportation buff that recognizes the importance of taking pride in one’s work and building things that last. A rail gauge actually refers to the distance between two lines of a railway to form a track, conveying a feeling of orderliness and certainty.

And if you’re into names that begin with the letter “G,” consider George, in honor of George Pullman, the man who first introduced luxurious rail cars for train passengers, including sleepers, diners and parlor cars.

MATTHIAS
We’ve all heard of Matthew and Matt, but how about Matthias? This name gives a shout out to Matthias Baldwin, the man responsible for building the first of the most famous early locomotives, “Old Ironsides.” This name will surely inspire those with a passion for determination, innovation and strong leadership.

WERNER
Rounding out this list of boy names is Werner. You can’t talk about trucking and transportation without mentioning Werner Enterprises, one of the largest logistics companies in the U.S. with coverage spanning North America, Asia, Europe, South America, Africa and Australia. So, if you’re looking for a name that brings to mind themes of breaking barriers and global expansion, this one’s for you.

ABBIE
Abbie, short for Abigail, ranked #17 in 2019 as one of the most popular names for girls. This name takes on a whole new meaning when you think about Abbie Gail Struble, a telegrapher for the Baltimore and Ohio Railroad in the 1860s. She was one of the first to learn how to receive messages by sound rather than sight — quite an amazing feat when you think about it!

ELIZA
A form of Elizabeth, Eliza puts a new twist on an all-time favorite. This unique name is inspired by Eliza Murfey, a talented inventor who patented 16 devices for improving railroad car axles. These inventions helped reduce derailments and improve railroad safety overall. So, if you want a name that conveys a feeling of strength and creativity, Eliza could be the perfect fit.

If you’re looking to take the classic route, many notable women in the transportation industry bear the name Elizabeth, including Elizabeth Cogley, the first female officially recorded as a railroad telegrapher; or Elizabeth Drennan, the first woman to receive a commercial truck driver’s license and run her own trucking company.

EVELYN
If you want a name inspired by a bold trendsetting woman not afraid to take on a job in a predominantly male industry, look no further than Evelyn. In 1974, Evelyn Newell was hired as the first female engineer in the United States. Eve appropriately means “first woman” and exudes pride, bravery and confidence. Nicknames or variations could include Eve, Evie and Lynn.

KATE
Kate, a form of Catherine, is a classic option that pays tribute to Kate Shelley, a young woman who risked her life in the middle of a storm to stop a passenger train headed for a broken bridge. Her brave efforts saved the lives of hundreds of people and sparked appreciation across the nation. A bridge and train were even named in her honor. Katy, Katherine, Kathleen, Kathy or even Shelley would also be great variations to consider.

LUELLA
Luella is definitely not a name you hear every day, and if you’re looking for a unique name with a vintage vibe that honors a trucking trailblazer, this name might be the perfect choice. In 1918, Luella Bates was the first female truck driver to receive a driver’s license in New York. She went on several cross-country tours promoting trucks for the Four Wheel Drive Auto Company. Variations of this name include Lulu, Luellen and Ella.

OLIVE
Thanks to the recent popularity of Olivia, Olive is actually a name that is slowly making a comeback. And if you’re a rail fan, this name may have extra special meaning to you. Olive Wetzel Dennis improved train travel by introducing reclining seats, stain-resistant upholstery, expanded dressing rooms and air conditioning. These advancements were eventually adopted by other railroads, airlines and bus companies.

PHOEBE
Phoebe Snow was a passenger train once operated by the Delaware, Lackawanna and Western Railroad (DL&W). DL&W developed a marketing campaign about the fictional character, Phoebe Snow, who wore white while riding the trains, promoting cleaner exhaust thanks to anthracite coal. Why did DL&W choose the name Phoebe? It might be due to the fact that it means “shining” and “brilliant.”

ROSIE
You might be thinking we are talking about Rosie the Riveter, but in fact, there is another trailblazing Rosie you may not know about. Leah Rosenfeld, otherwise known as “Rosie,” was a pioneer for women seeking equal rights on the railroad in the 1950s and 60s. Variations of this name include Rose, Roseanne and Rosalyn.

Interested in learning more about transportation, including finding the best shipping solution for your company? Give us a shout. 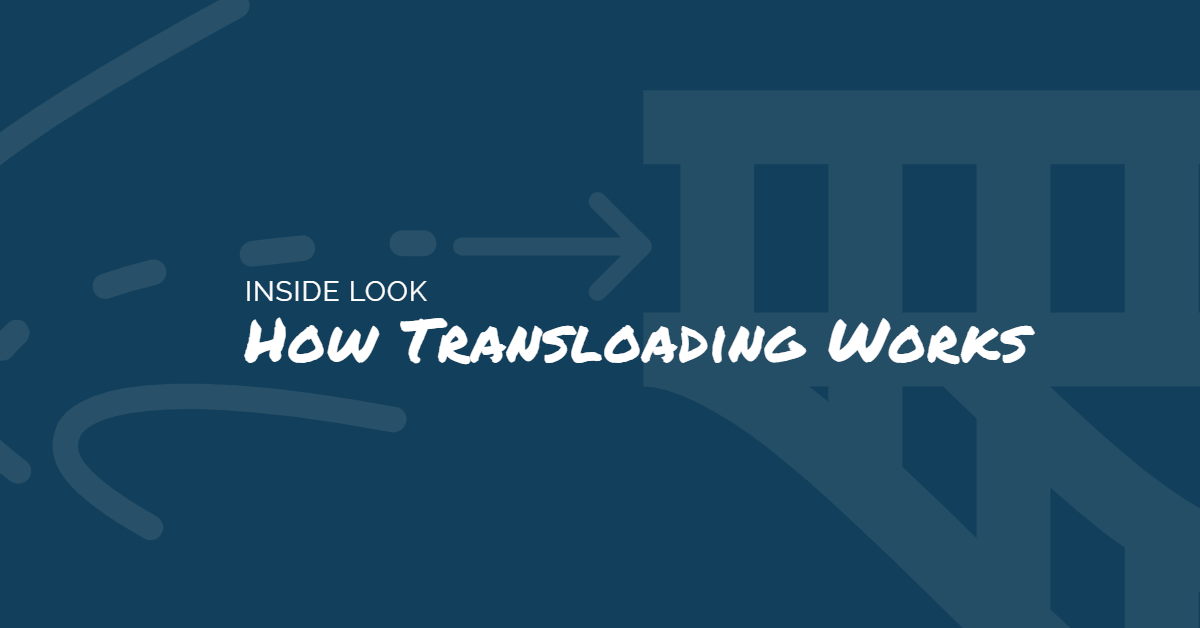 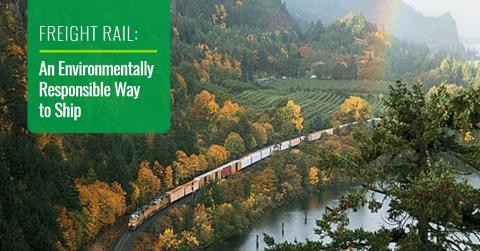 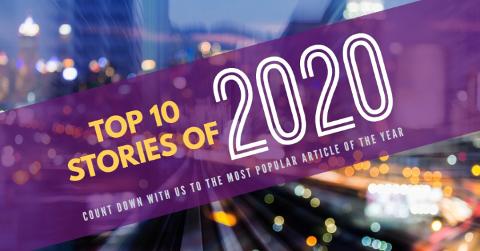 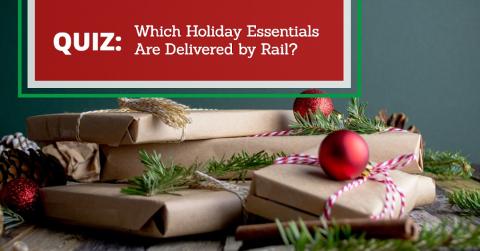 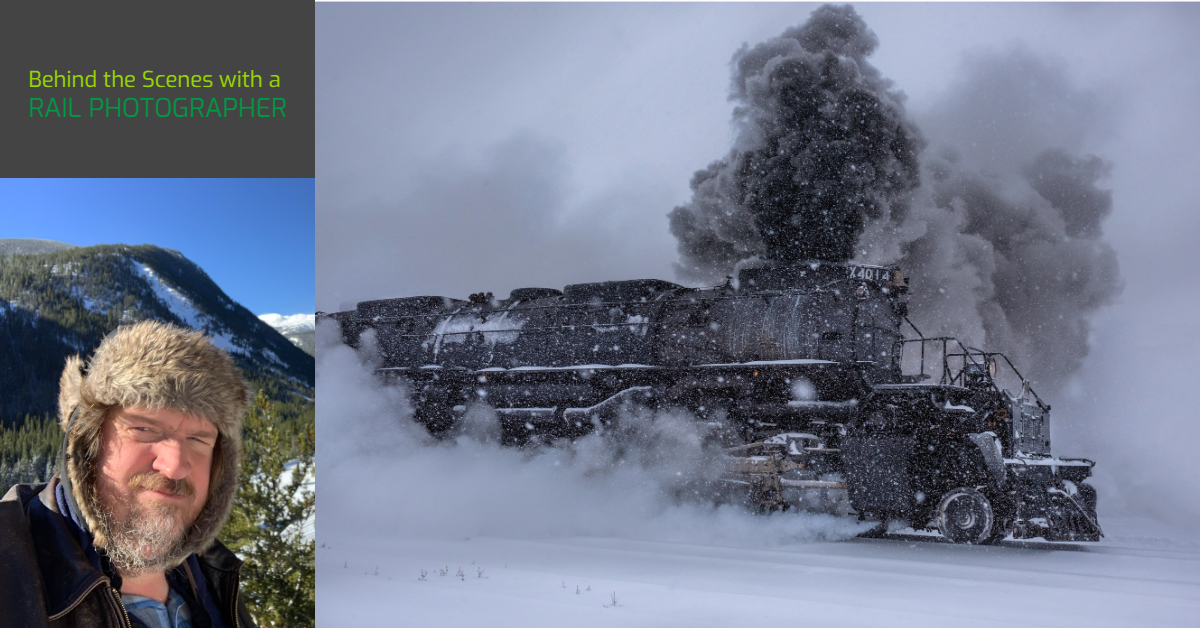 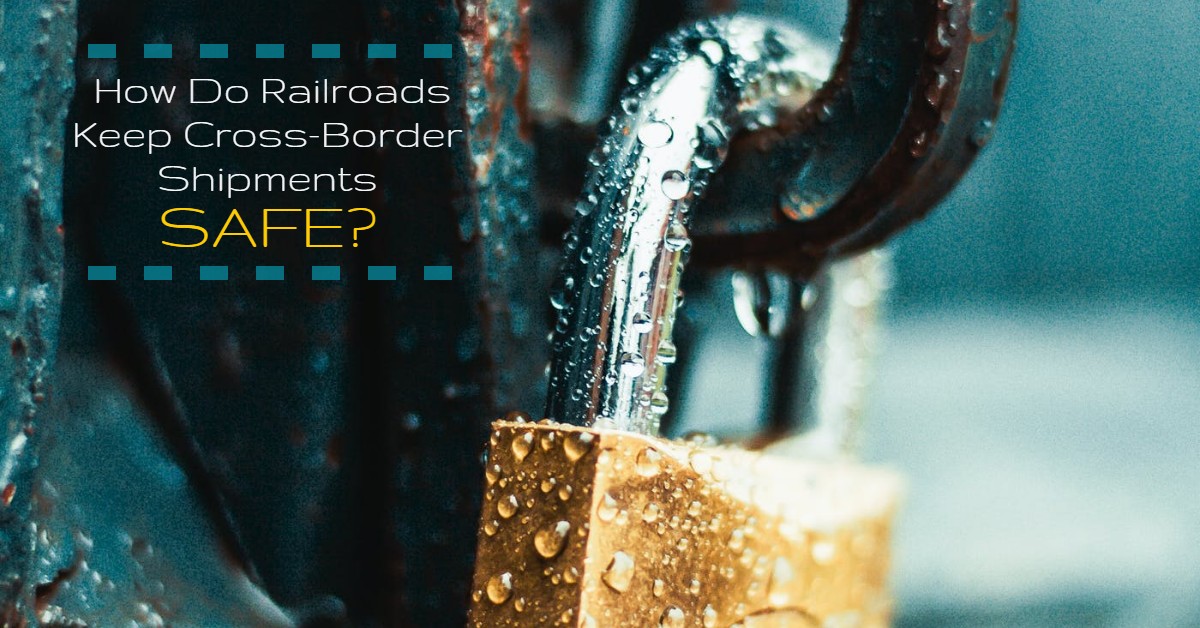 When a U.S. shipment crosses the border into Mexico, how do you make sure it arrives safely at its destination? And when a shipment comes into the U.S. from Mexico, how do you make certain unauthorized cargo isn’t coming with it? Those answers depend, in part, on what shipping mode a company uses. While trucks can be susceptible to theft and illegal cargo, it turns out railroads take some very special measures to ensure shipments stay safe and only carry authorized goods from origin to destination.

We sat down with Jim Parker, Sr. Manager of Division Police Operations at Union Pacific Railroad, to talk about the steps railroads take to keep shipments moving safely to their destinations. 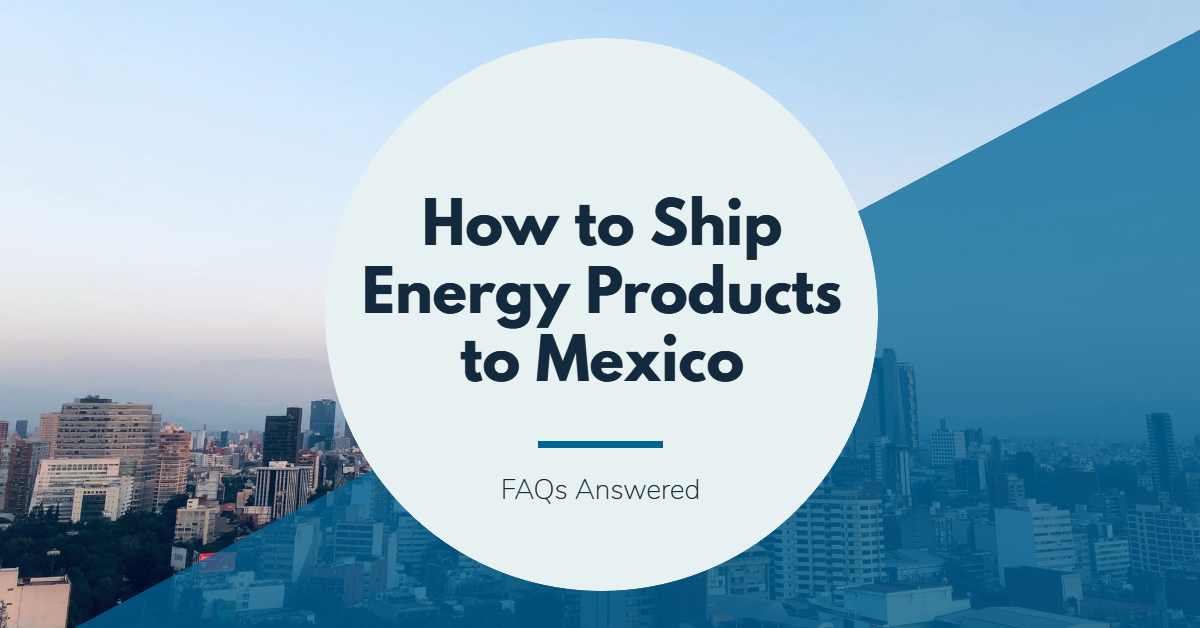 How to Ship Energy Products to Mexico by Rail

Thanks to Mexico Energy Reform, the Mexico energy market is now open to private competition. That means more U.S. companies have access to new markets and a greater need to ship LPG and petroleum products to Mexico. When they do, rail offers a cost effective, safe and sustainable way to ship. What do you need to know about shipping energy products by rail? Shipping across the border can be complex, but the following answers to the most frequently asked questions can help simplify the path forward.