Who Knew?! Six Surprising Things That Move By Rail

You just might be amazed at what items ride the rails to arrive at a location near you. 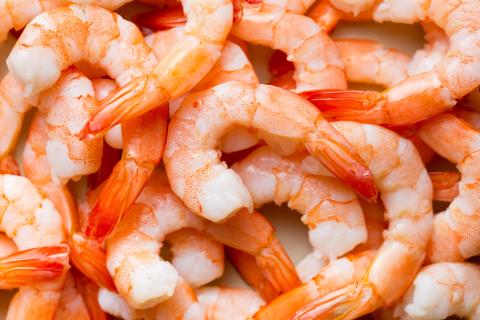 It’s no surprise that many products travel by train, from everyday household items, like clothes and appliances, to commodities like grain and coal. But you just might be amazed at what other items ride the rails to arrive at a location near you. 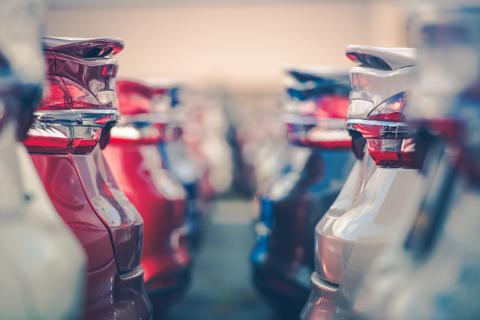 Who doesn’t love that “new car” smell? Before your brand new car arrives on the sales lot and you go for a test drive, there’s a good chance it has already been out for a spin – on the railroad, that is. According to the AAR, railroads move nearly 75% of the new cars and light trucks purchased in the U.S. and serve a majority of the 70-plus automobile manufacturing plants across North America. AutoFlex rail cars, developed by Union Pacific Railroad, are designed to safely and securely transport vehicles for damage-free delivery. 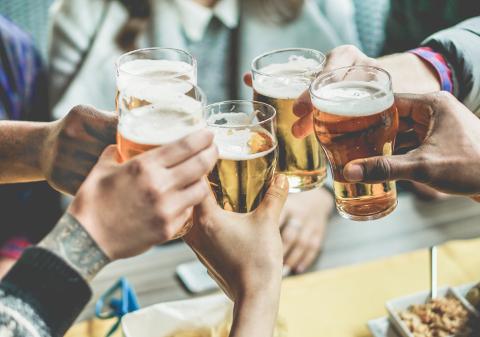 Take one down and pass it around… In 2017 the U.S. beer industry sold 207.4 million barrels of beer. That is equivalent to more than 2.9 billion cases of 24 twelve-ounce servings. And you guessed it, a lot of that beer was shipped in temperature-controlled rail cars and delivered to a store near you. Cheers! 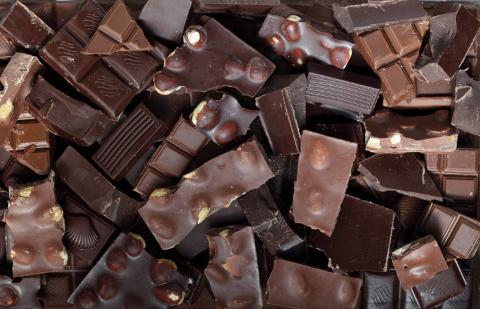 It’s official. We are chocoholics. On average, each American consumes 12 pounds of chocolate per year. A large amount of that chocolate actually travels by rail. Even in the hot summer months, chocolate riding on the rails stays at the perfect temperature thanks to temperature-controlled rail cars. Pretty darn sweet. 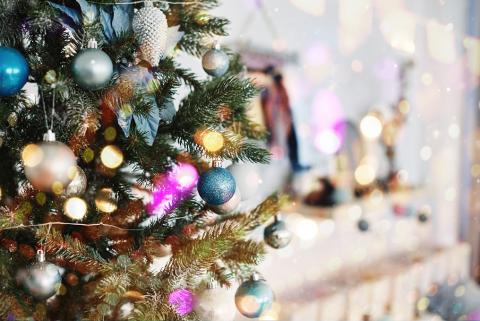 Approximately 20 million U.S. households planned to display a real Christmas tree during the 2017 holiday season. How do all of those trees get from a tree farm to a store near you? By rail, of course. In fact, one intermodal container can hold up to 750 Christmas trees, depending on tree size. With big deliveries like that, Santa just might trade in his sleigh for a train. 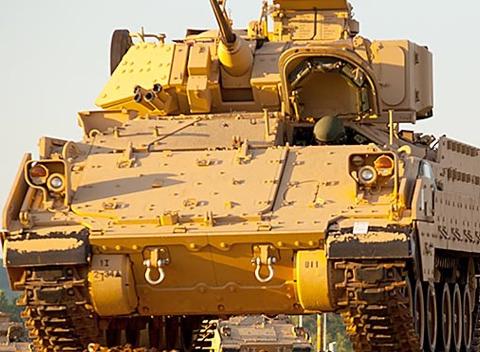 Every year, thousands of rail cars of ammunition, Humvees, tanks and other types of military equipment travel cross-country between military bases or to ports for overseas deployment. For example, at Fort Riley’s Army base near Manhattan, Kansas, in less than two days, four to five trains are built in advance to deploy an entire brigade of 600 or more rail cars. These trains are quite a sight to see and a true testament to the U.S. Army motto, “This We’ll Defend.”

Roasted, fried, grilled or sautéed, any way you cook it, Americans love their shrimp. According to the National Oceanic and Atmospheric Administration (NOAA), the average U.S. consumer eats four pounds of shrimp annually. More than 90 percent of seafood consumed in the U.S. is imported, and shrimp is the leading fresh or frozen product in that category. To ensure shrimp stay cold during transport and arrive fresh upon delivery, it travels on refrigerated rail cars, which are satellite controlled to maintain the perfect temperature. Shrimpressive.

Want to Learn More about What You Can Ship by Rail?

Get in touch, and we'll be happy to answer your questions! 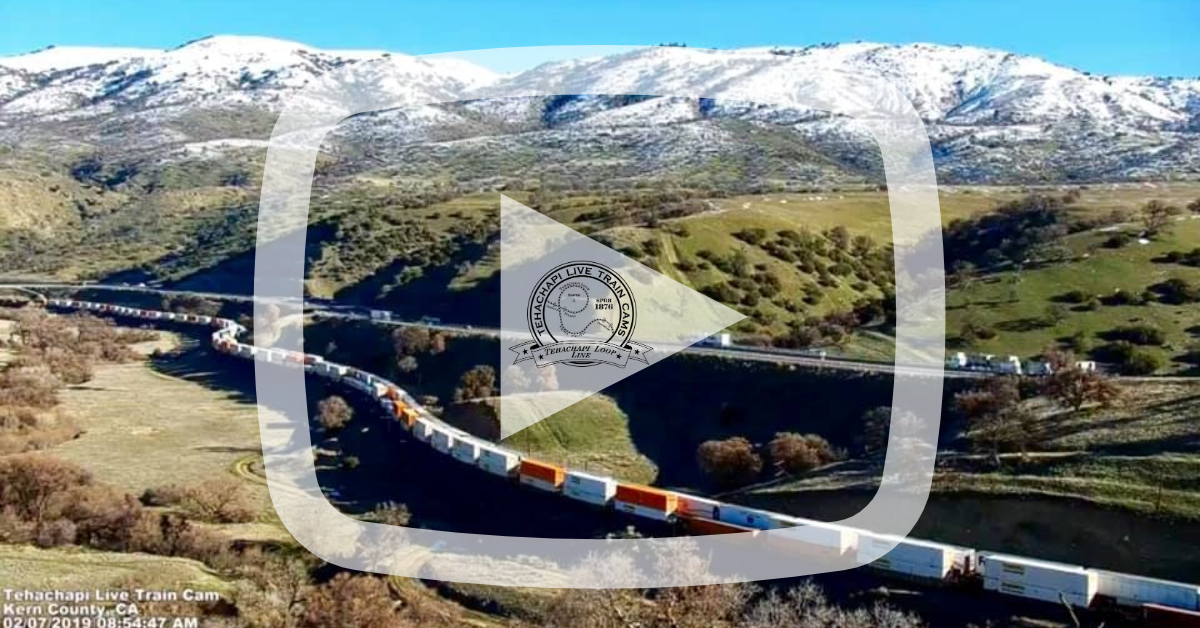 Just south of the Sequoia National Forest and just north of Los Angeles sits the small California town of Tehachapi. Named for the surrounding Tehachapi Mountains, the city and surrounding area is home to about 34,000 residents. Tehachapi may not be the most well-known California city, but if you’re a rail fan, you probably know the name.

That’s because winding through the scenic Tehachapi pass is the Tehachapi Loop, a .73 mile section of railroad track that literally forms a circular loop, allowing the track to rise at a steady two percent grade. With a tunnel at the base of the loop and another track that passes above it at the other end, any train longer than 4,000 feet will pass over itself. It’s an engineering feat and a rare sight to see, making it must-see viewing for rail fans.

Trained on that track are live streaming cameras. Those are thanks to Tehachapi Live Train Cams, a family-run operation founded by Cheryl Butters and her husband Mike, and operated with technical assistance from Cheryl’s brother, Robert, and a dozen or so other volunteers who operate the cameras and moderate chat rooms. It’s these cameras, which live stream the footage on YouTube for all to see, that put Tehachapi on the map for rail fans worldwide. 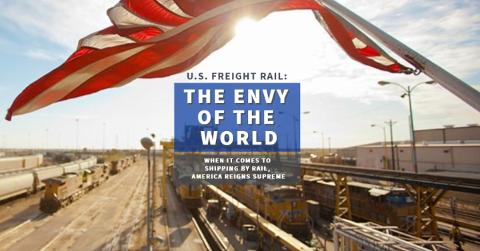 U.S. Freight Rail: The Envy of the World

If you have ever visited Europe or Asia and traveled on widely popular high-speed passenger trains, you may get the impression the best railroads exist outside the United States.

Yes, many countries utilize rail networks for large-scale passenger transportation. What’s more, some foreign passenger trains can travel up to 200 miles per hour! While passenger rail service is available in the U.S., you won’t see high-speed trains carrying people to the same extent as in some other countries.

What will you see? A safe, reliable and efficient freight rail network that is the envy of the world. When it comes to effectively shipping the goods that families use every day, the supplies businesses need to grow and the products fueling our international trade, the U.S. freight rail transportation system is second to none.

Mike Kisser is an IT professional by day and a rail fan by night. His very first love was his HO scale train layout, and a peek in his basement reveals a vast expanse of model trains. Mike’s wife, Andrea Mercatante, admits she doesn’t know a GP35 from an SD80 locomotive; she just happened to marry a rail fan, which spurred her own love of trains. Although he is an IT Director at a local university and she practices medicine at an internal medicine clinic, they are also the co-founders of Railstream, a website that live streams video of trains to the delight of rail fans worldwide.

While their love of trains may differ slightly, this husband and wife team makes the perfect pair to operate Railstream. With a 20-year background in IT focusing on audio and video, Mike handles the “tech” (including camera installations), while Andrea handles the customer service and accounting. Today, Railstream has 30 live cameras in 22 locations featuring 15 different railroads and seeing 1200-1300 trains per day — all operated by two people who love trains. 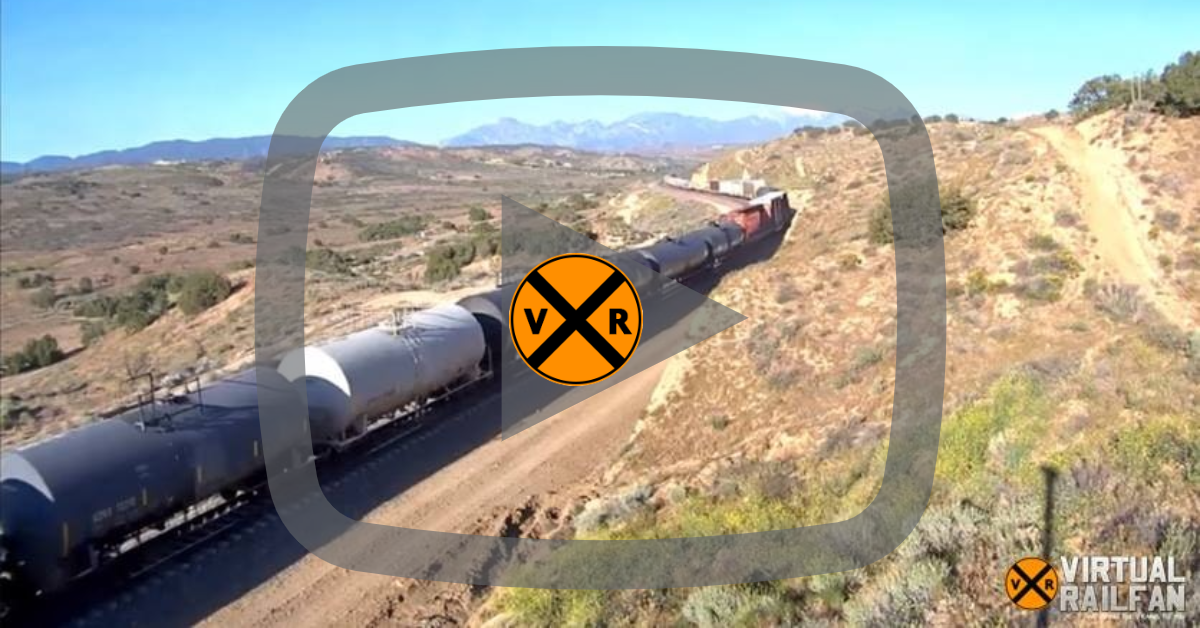 Virtual Railfan: The Birth of a Live Train Cam Site…and a Community

Mike Cyr has loved trains since before he could walk or talk — it’s a love that has only grown over the years. As a child, his parents were supportive, but one teacher Cyr remembers didn’t see the use. “No one is ever going to pay you to play with trains,” she told him.

Today, Cyr is co-owner of a company that builds 3D locomotives and freight cars for a popular train simulator. But he is probably best known for being one of the founders of Virtual Railfan, a hugely popular streaming site and YouTube channel that allows rail fans to watch trains live from the comfort of their own homes. 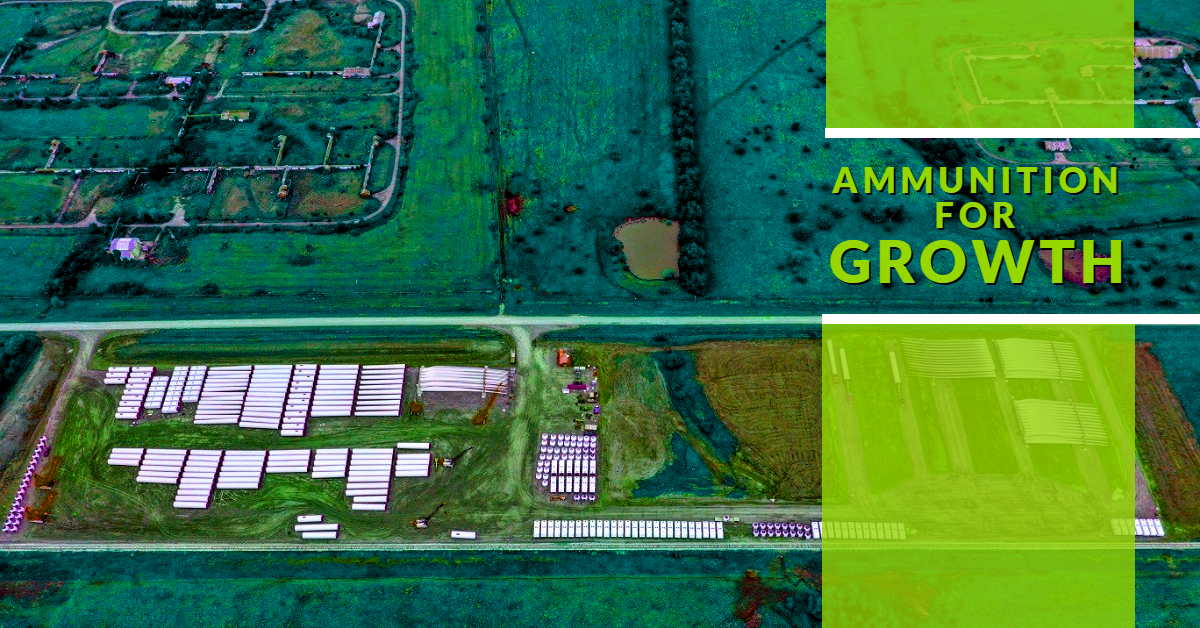 Ammunition for Growth: How a Former Military Facility Transformed into a Rail-Served Transportation Hub

In 1942, the Kansas Army Ammunition Plant was established near Parsons, Kansas. During World War II, the Korean War, Vietnam War and the Persian Gulf Wars, the plant produced a variety of ammunition, from basic artillery and mortar shells to more sophisticated munitions. The plant was closed in 2005 and officially deactivated in 2009.

What would the federal government do with the 13,951 acres of land? It took several years to answer that question. Requirements were established stating the land couldn’t be turned over to a private developer — it must be turned over to a local development authority. That’s when the Great Plains Development Authority stepped in.

In 2012, the federal government officially handed over the land, and today it has been redeveloped into the Great Plains Industrial Park, 6,800 acres of which are owned by the Great Plains Development Authority. In addition to reclaiming unused land, this rail-served industrial park has become a transportation hub that is lowering costs for shippers, spurring economic growth, and supporting environmentally friendly power. This is the story of how they did it. 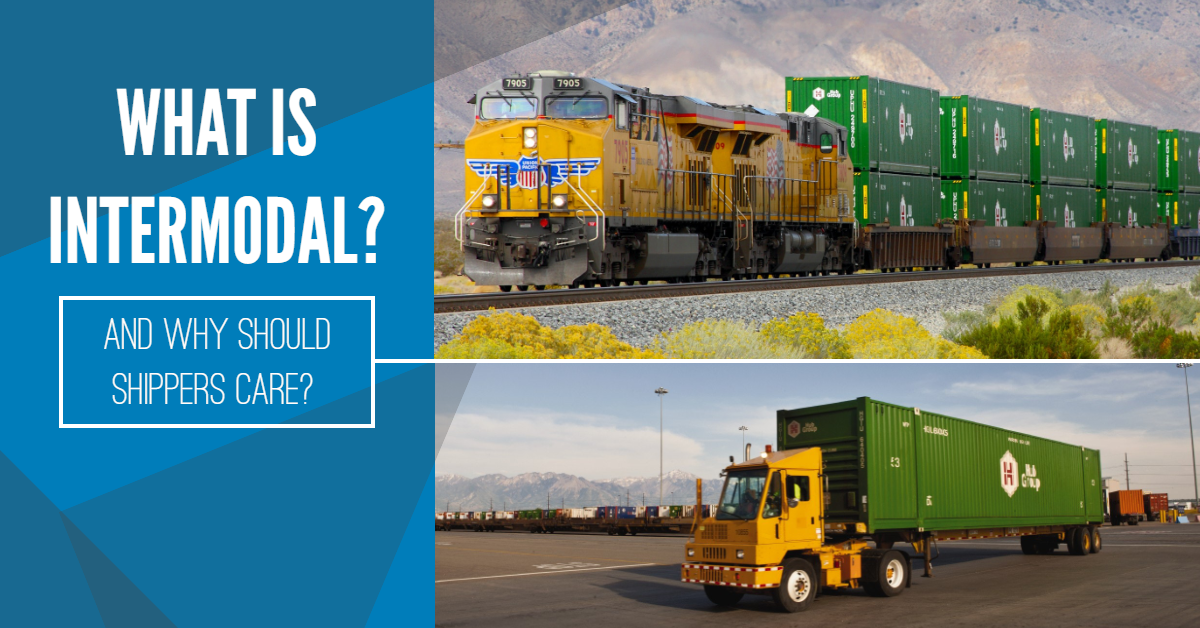 What Is Intermodal Shipping...and Why Should Shippers Care?

Do you ship freight long distances? Are you looking to reduce transportation costs? If so, intermodal shipping may be for you. How does it work? Phil Yeager, President and Chief Operating Officer of supply chain management company Hub Group, explains the ins and outs — and why shippers should care.