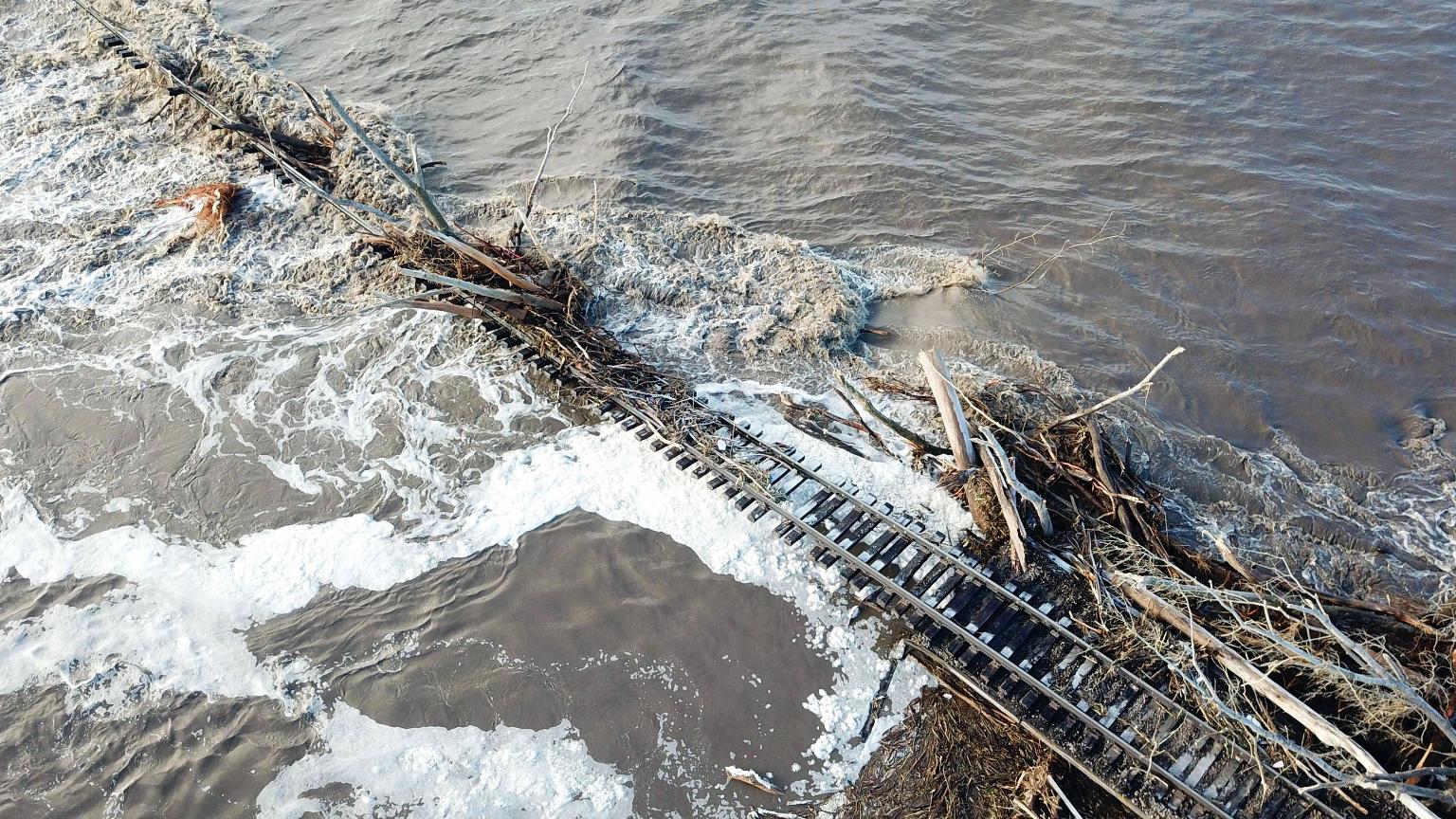 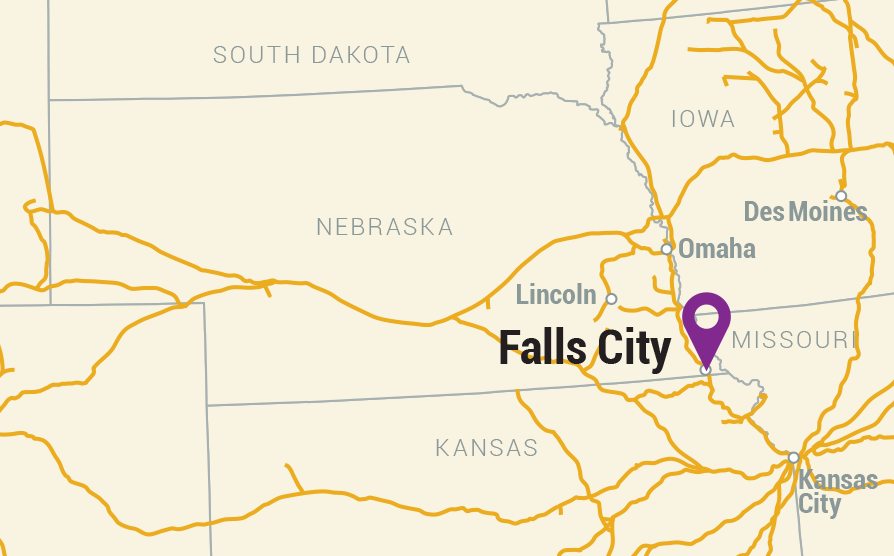 Two months after what has been called one of the worst floods to strike the Midwest and Central Plains since 1993, communities are still picking up the pieces and, in some places, waiting for the waters to recede. Thanks to Union Pacific's extraordinary efforts to reopen railroad service in the aftermath of spring 2019 flooding, many railroad customers have returned to normal operations.

Running what essentially is a factory without a roof means regularly working through extreme weather events, but this storm's impact to Union Pacific's operations was historic. The railroad took an extremely aggressive approach to overcoming the hand Mother Nature played by bringing in additional employees to maintain 24/7 reconstruction operations, and tapping its surge capacity of locomotives to ensure power was available to keep trains moving. Union Pacific invested approximately $70 million in the recovery effort

"The impact was more significant than even the great flood of 1993," said Eric Gehringer, Union Pacific's vice president – engineering. "The combination of large rainfall on top of snow, which was on top of frozen ground, was unprecedented in terms of much of our railroad was washed out or otherwise affected." 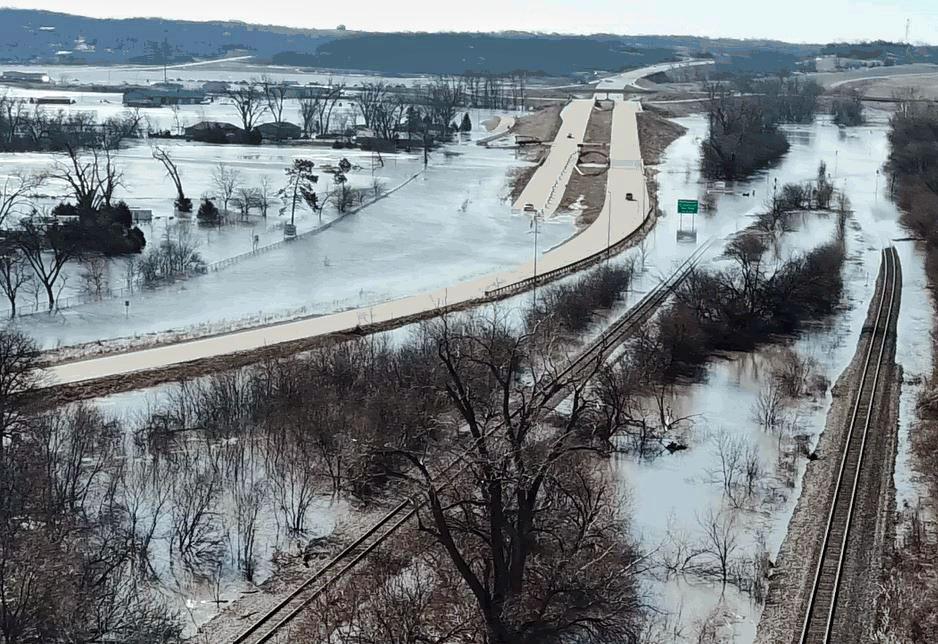 The Platte River bridge was submerged as a result of the 2019 flood.

The flooding was triggered by a March 2019 storm that produced winds between 96 mph and 110 mph, unleashing an epic mix of snow and rain that caused more than 3,000 flights to be cancelled and left millions of people and thousands of businesses without power.

An epic mix of snow and rain from a March 2019 storm unleashed flooding that destroyed Union Pacific rail lines and bridges in Nebraska.

The biggest Union Pacific impact came to a Nebraska section of track stretching more than 20 football fields in length, cutting across the heart of the transcontinental main line and associated arteries that carry roughly 90 trains per day in and out of North Platte, home to the world's largest freight rail classification yard. It is the main route for trains that haul products such as grain, rock, coal, electronics, furniture, lumber and steel.

For context, about 75% of Nebraska's 93 counties declared a state of emergency, with Nebraska state officials estimating $1.4 billion in losses and damages due to the flooding.

"Many of our own employees were impacted by the flooding that resulted from the storm," Gehringer said. "Cost is of little concern when we need to mobilize to take care of our customers and communities. Everyone on the team was committed to getting up and running as soon as possible because we all understand how important our service is to the broader economy. It's something in which we take great pride." 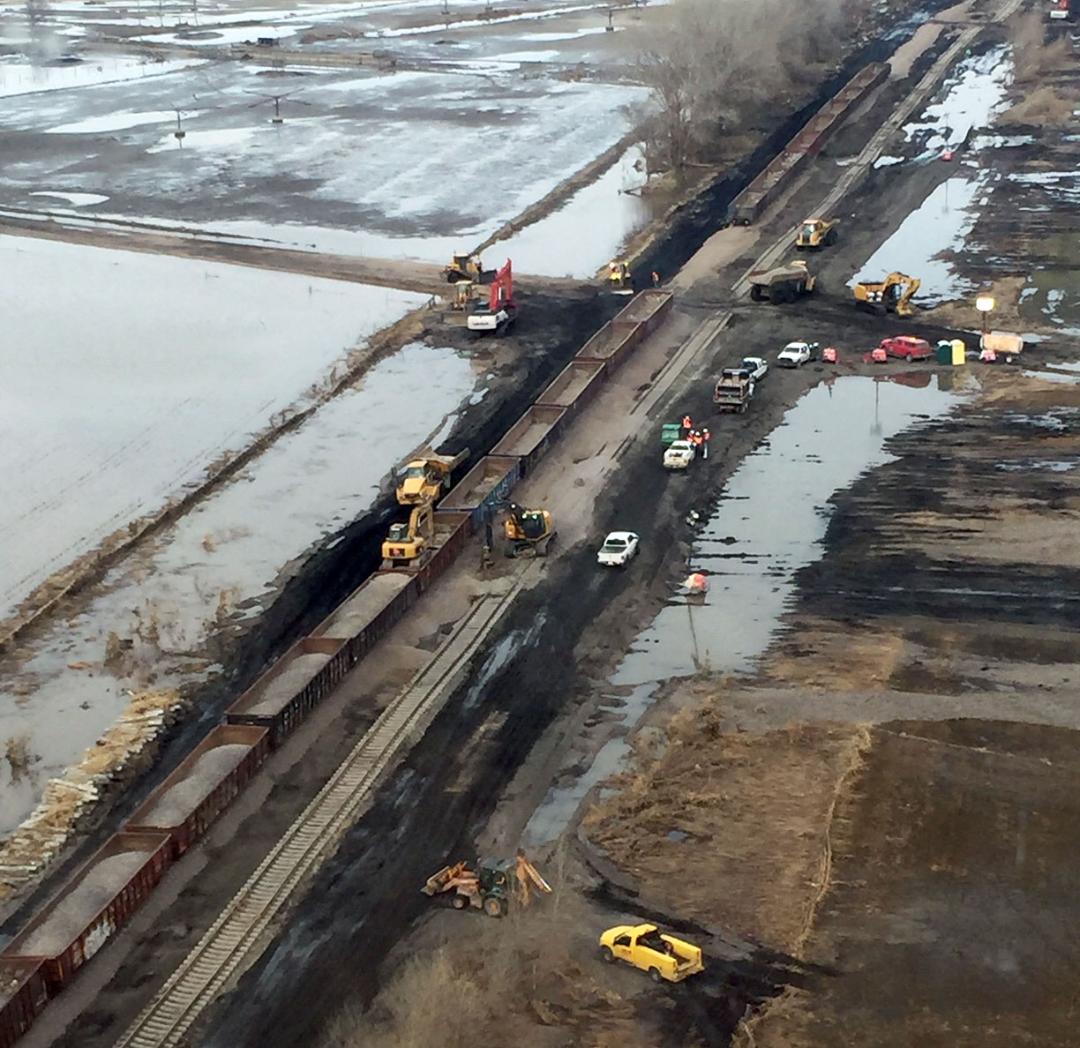 While the reconstruction work was underway, trains had to be rerouted in order to deliver goods to customers. With about 800 new trains launching daily across the Union Pacific network, that presented quite a challenge.

"We identified Kansas City as the best option to reroute trains, but quickly had to develop a priority list because no single rerouting could absorb every train on top of its own normal traffic," said David Giandinoto, vice president of UP's dispatching operations. "It would have been like pouring too much fluid into a funnel at once."

In addition to utilizing Kansas City, Union Pacific found a way to partner with another railroad for contiguous service on its east/west route.

Union Pacific worked closely with grain customers to prioritize trains destined for feeding animals while directing other grain trains out of affected area. Communication with customers was one of the most critical elements.

"This epic event impacted virtually every Genesis customer for both soda ash and our specialty sodium products," said Tom Kramer, rail strategy manager for Genesis Alkali, which operates the world's largest natural soda ash mine and production site. "During the early stages of the flooding, we were meeting twice a day to assess both the immediate and longer term impacts. UP's timely and accurate updates allowed us to communicate to our customers the true scope of the delays. This allowed Genesis and our customers to react quickly to minimize end-use, production and supply disruptions, but more importantly, pursue temporary alternatives.

"As for UP's response across the system, efforts to restore service were extraordinary. Despite the catastrophe, UP was able to route our traffic through Kansas City to the other gateways and in some instances with no change in the estimated time of arrival."

California-based and family owned J.D. Heiskell & Company is a 133-year-old grain and commodity trading business that also operates livestock feed manufacturing and transloading facilities in 11 states, and exports grains and commodities to Mexico, the Pacific Rim and the Far East.

"Communication and flexibility throughout the flooding was outstanding," said Rob Hofstra, commercial manager for Minnesota Soybean Processors, a cooperative with more than 2,350 members that owns and operates a soybean crush facility and bio-diesel operation in Brewster, MN.

"Building America is much more than just a motto or tagline to us," Giandinoto said. "Everyone here takes great pride in our work and in representing the generations that came before us."