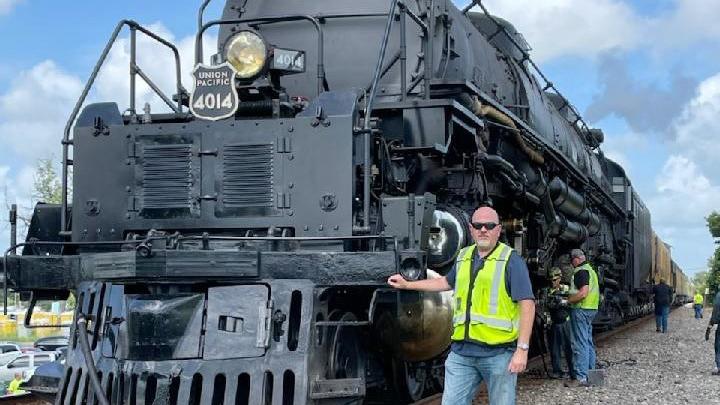 Locomotive Engineer Charles Harwell stands next to a piece of Union Pacific history, of which he became a part on Aug. 22.

During the 2021 Summer Tour, a few lucky crew members were awarded an additional honor – assisting Union Pacific’s Heritage Fleet crew with piloting the 80-year-old, 1.2 million-pound and 132-foot long Big Boy No. 4014, a marvel of engineering and ingenuity.

Locomotive Engineer Charles Harwell and Conductor Merrick McKenney, Avondale, Louisiana, were two of the lucky ones. They hopped aboard Big Boy to provide the crew with train handling and territory-related information about the approximately 120-miles of track between Audubon Park, New Orleans and Livonia Yard.

“Just walking up and climbing into the Big Boy after being a fan of it for so long – that anticipation made me a little bit nervous.”

The railroader from Houma, Louisiana, collected DVDs and VHS tapes recordings of the Big Boy locomotive heydays in the ‘40s and ‘50s. After 17 years on the railroad, Harwell’s interest in the historic units has yet to diminished. 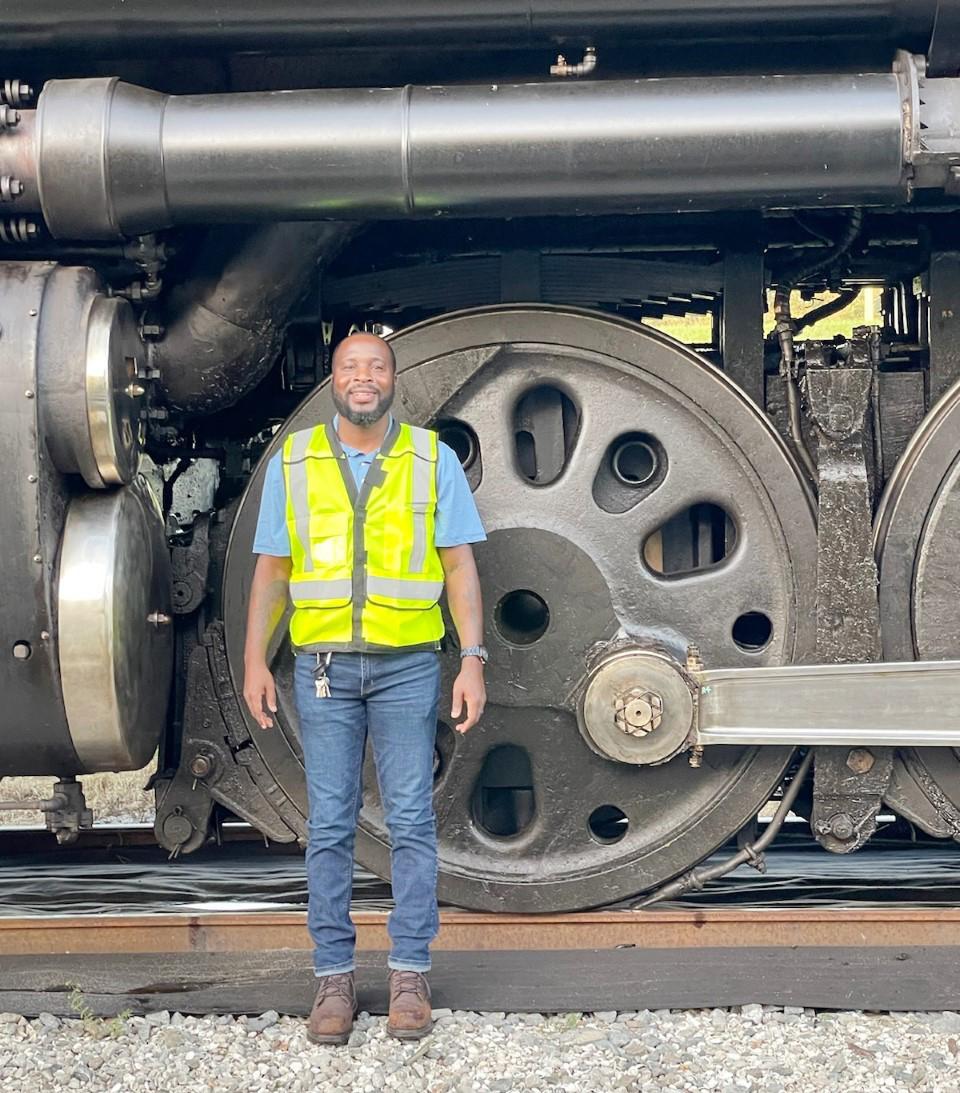 Conductor Merrick McKenney stands next to a Big Boy wheel.

For McKenney, passion for the 1941 steam locomotive follows a similar parallel. Growing up in White Castle, Louisiana, he remembers early morning excitement whenever he heard the heavy rumble of a train rolling past, sparking his young imagination.

Both railroaders were excited by the opportunity to be part of this steam locomotive’s history. To them, UP’s Big Boy No. 4014 represents the story of a company that helped build a great nation.

“The railroad is the backbone of everything in this country when it comes to transportation of goods, the building of cars and whole cities,” Harwell said.

Big Boy No. 4014 was one of 25 similar steam locomotives built by UP. Seven are currently on display in: St. Louis; Dallas; Omaha, Nebraska; Denver; Scranton, Pennsylvania; Green Bay, Wisconsin; and Cheyenne, Wyoming.

“It’s amazing how far the railroad has come,” McKenney said.

Before UP retired No. 4014 in 1961, the power of steam transported Big Boy over more than 1 million miles of track.