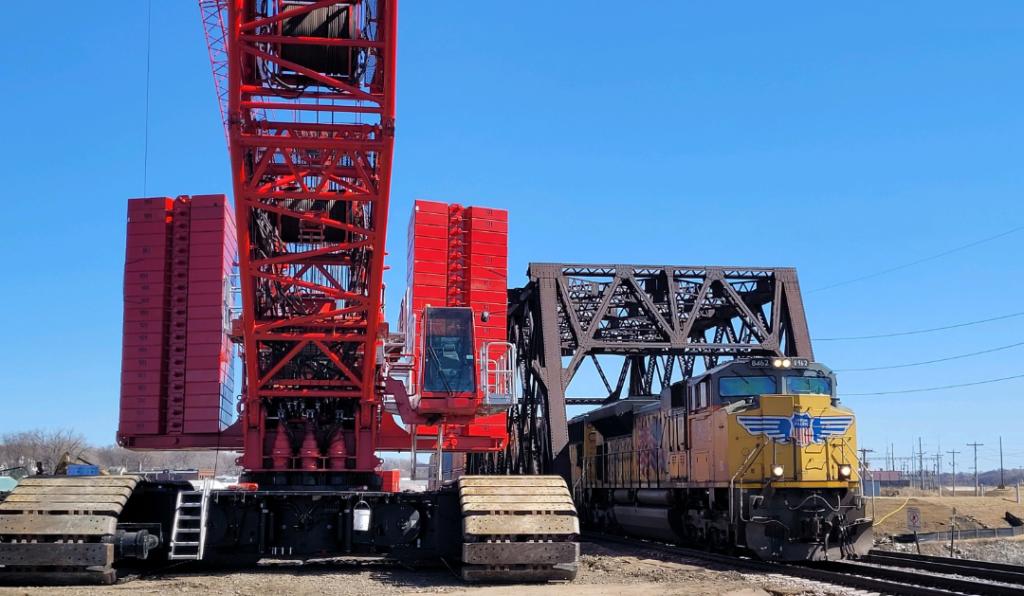 Spanning the East Boyer River on UP’s main line, the Denison, Iowa, bridge was originally a 170-foot-long double track bridge containing a through truss span. The project replaced the old bridge with a 203-foot-long double track bridge with a through plate girder span. A through truss bridge features structural steel surrounding a train as it passes through, like a tunnel; a through plate girder doesn’t have structural steel over the top of a train as it passes through, meaning there are no overhead clearance issues.

“Over the long term, the new bridge will reduce maintenance needs, helping to sustain velocity across this corridor,” said Chris Gust, director-Bridge Maintenance and Construction, Engineering. 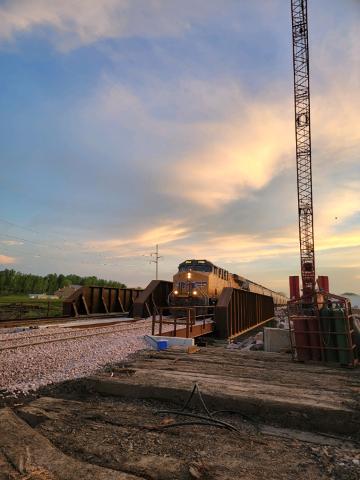 The completed bridge sustains velocity by reducing the need for future maintenance.

It took some sizeable equipment to support the task. Multiple cranes, including a towering, 650-ton crane, assisted in the demolition and heavy lifting. The new main span was slid over into place by heavy-duty jacks and rollers. Meanwhile, tampers and ballast regulators were used to surface the newly constructed track.

As employees were hard at work, other UP teams strategized to keep freight moving and took the opportunity to continue strengthening the railroad’s infrastructure.

Methodically rerouting trains to match train schedules and crew resources was the handiwork of the Harriman Dispatching Center, while Maintenance of Way employees used the empty tracks to perform necessary maintenance. Overall, the coordination effort lessened the replacement’s impact on UP’s network.

Gust emphasizes the team effort and coordination required to achieve the task and appreciates the hard work and strategic thinking of various Bridge, Track, Signal and Dispatching teams.

“These employees made this project successful through extensive planning, communication, coordination and execution,” Gust said. “Our folks showcased and applied their craft-specific knowledge and dedication to work as a team.” 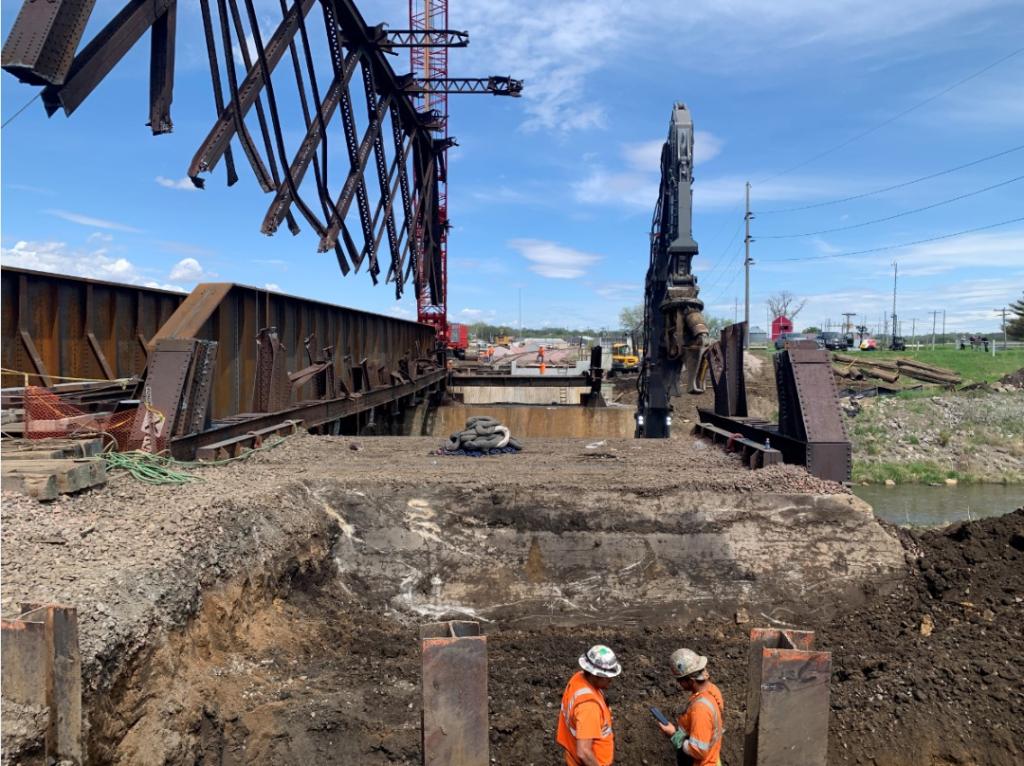 Cranes suspend parts of the old 110-year-old bridge as workers begin the next steps of the replacement. 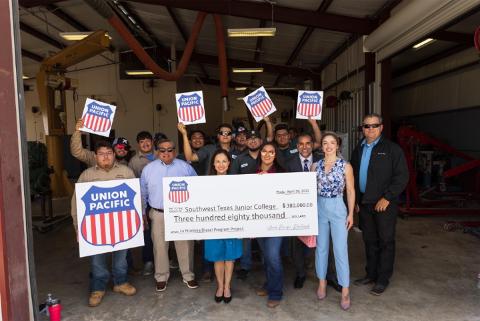