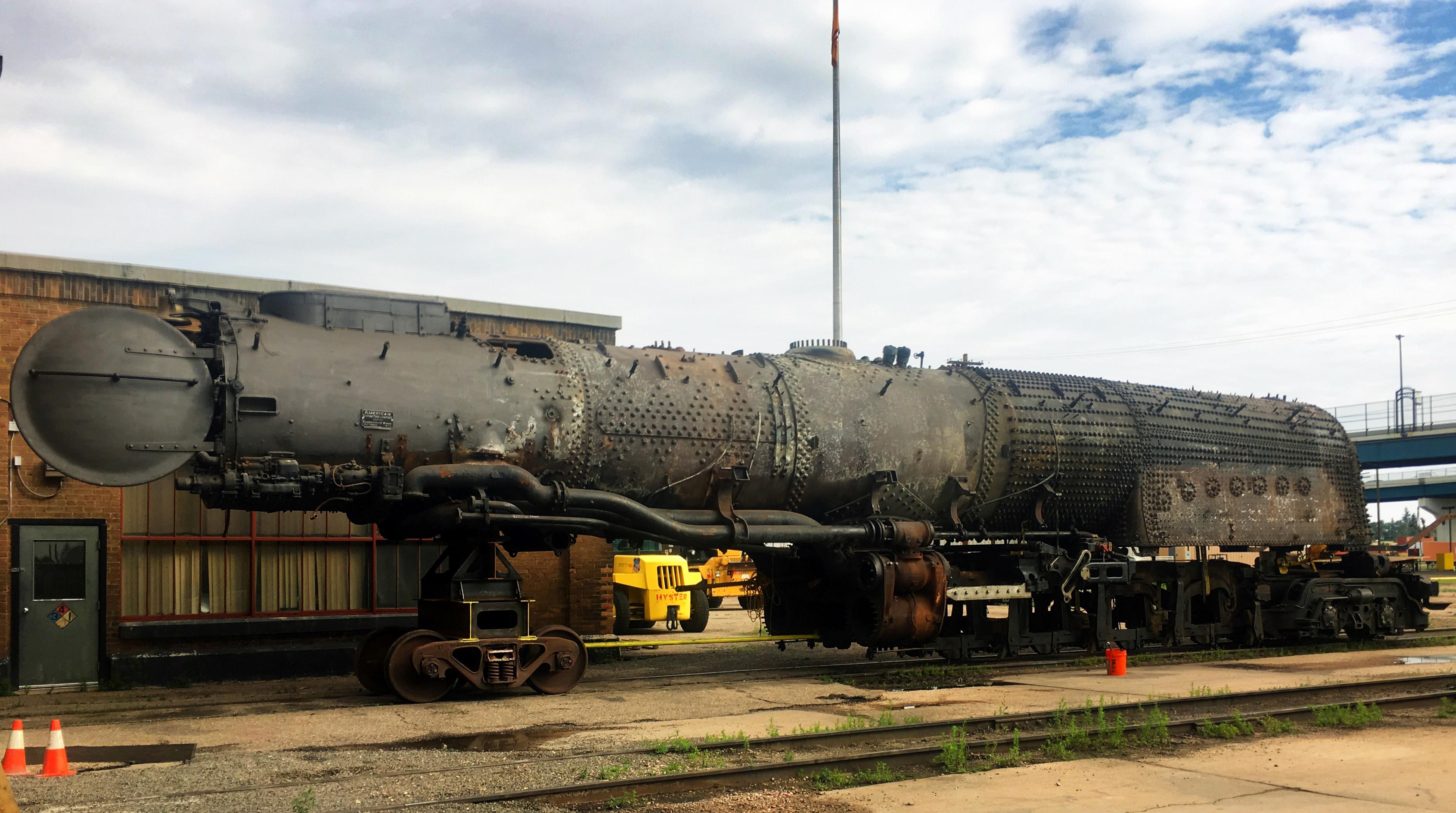 With the 2017 steam season now completed, the UP Steam Team, which operated No. 844 during three week-long trips this summer, can now give its full attention to the restoration of the Big Boy No. 4014.

Ed Dickens, Union Pacific senior manager-Heritage Operations, said with most of the No. 4014's disassembly completed, the focus is on restoring the more intricate parts and assemblies associated with an articulated steam locomotive.

Articulated steam locomotives have two sets of drivers, with the lead set having the ability to swivel independently from the locomotive's main body to better negotiate tighter curves. UP's Big Boy units were among the many articulated designs operated during the steam era.

The first articulated locomotives had a different mechanism to allow the steam pipes to move through a series of rings and less flexible joints. Inevitable leaks made this a maintenance intensive system.

"For the Big Boys, Union Pacific and the American Locomotive Company devised a ball-joint mechanism," Dickens said. "It's a spherical two-piece casting that fits together tightly to make a steam-tight joint. The joints have to be very large to handle the massive amount of steam flowing to the front engine. It's double the amount of steam flowing through locomotive No. 844. The joints are held together by large bolts, springs and bronze sealing surfaces."

This series of castings allows for the necessary movement. "As that front engine moves either left or right, the steam pipe can be flexible to follow the movement. It's really neat," Dickens said. 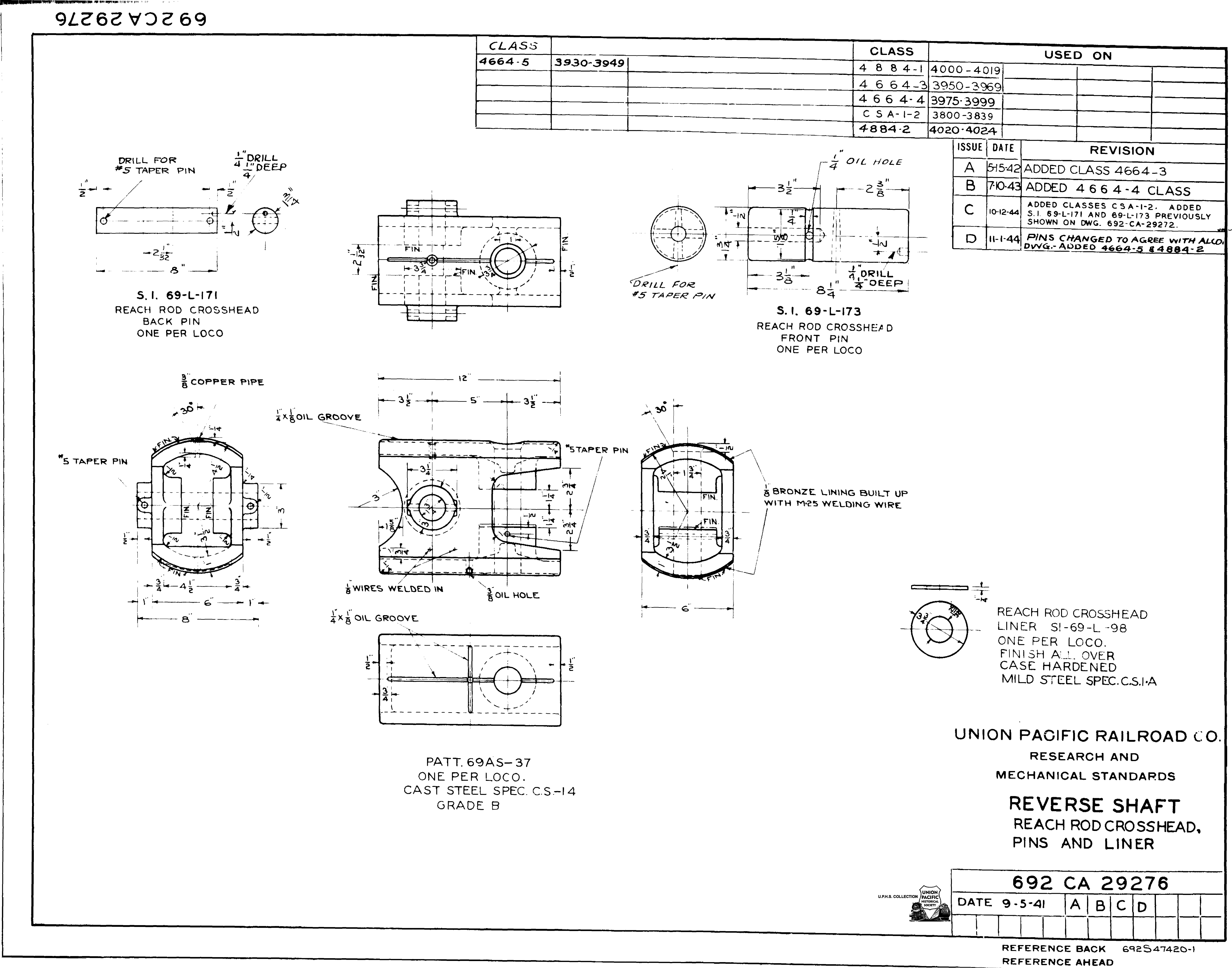 To prevent damage, this intricate mechanism was disassembled prior to the movement of No. 4014 from Rail Giants Museum in Pomona, California, to the Cheyenne Steam Shops in 2014. Now the UP Steam Team will reassemble the components, which Dickens said were in surprisingly good shape for having sat un-lubricated for more than five decades.

Reach rods connect components over the long distance between the two engines. In the case of an articulated design, those reach rods also need to be flexible to span the articulation joint that connects the two engines together. 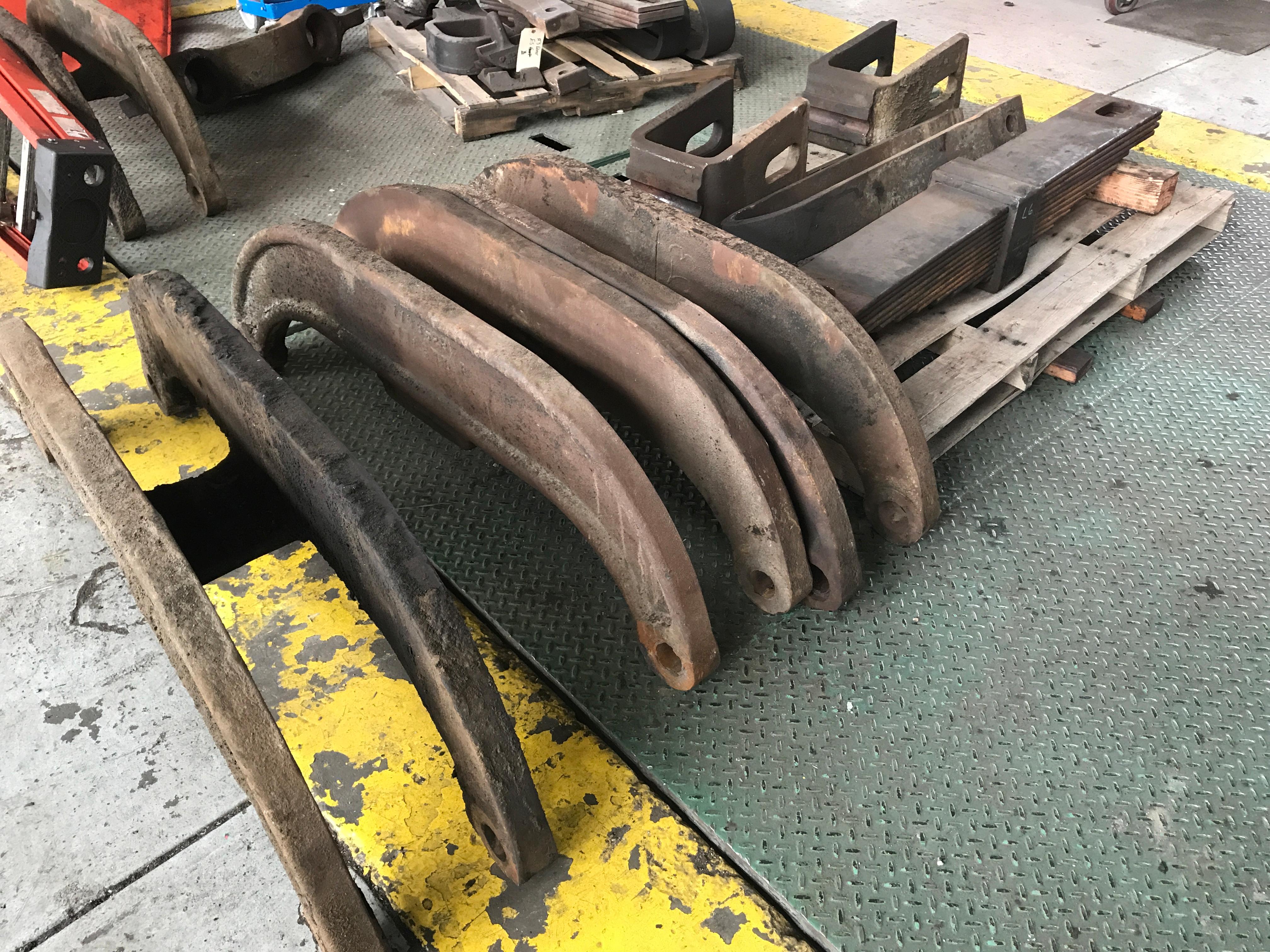 The challenge was making these reach rods flexible while maintaining their accuracy. "To do this, designers made close tolerance pin connections at the same pivot point to reduce the amount the part moves," Dickens said. "Getting access to that part is only possible with the front engine removed."

He said removing the reach rods required several team members and a fork lift. Once removed, the team was pleased to find that it was in pretty good condition. "We'll fix the pins and bushings, and then, guess what? It goes right back in and we start putting it all back together, one newly rebuilt piece at a time." Dickens said.

As reassembly continues, the next area of focus is on the locomotive's massive suspension system. "We've got about 95 percent of the springs on hand," Dickens said. "We're just waiting on the last 5 percent, and that's a tough 5 percent because they're huge."

As for No. 844, Dickens said the steam team has cleaned and prepped the locomotive for storage, including installing heaters in the firebox to keep it "warm and dry, because we don't want any part of that locomotive to get cold and wet. We want to be ready when the 2018 season comes around."