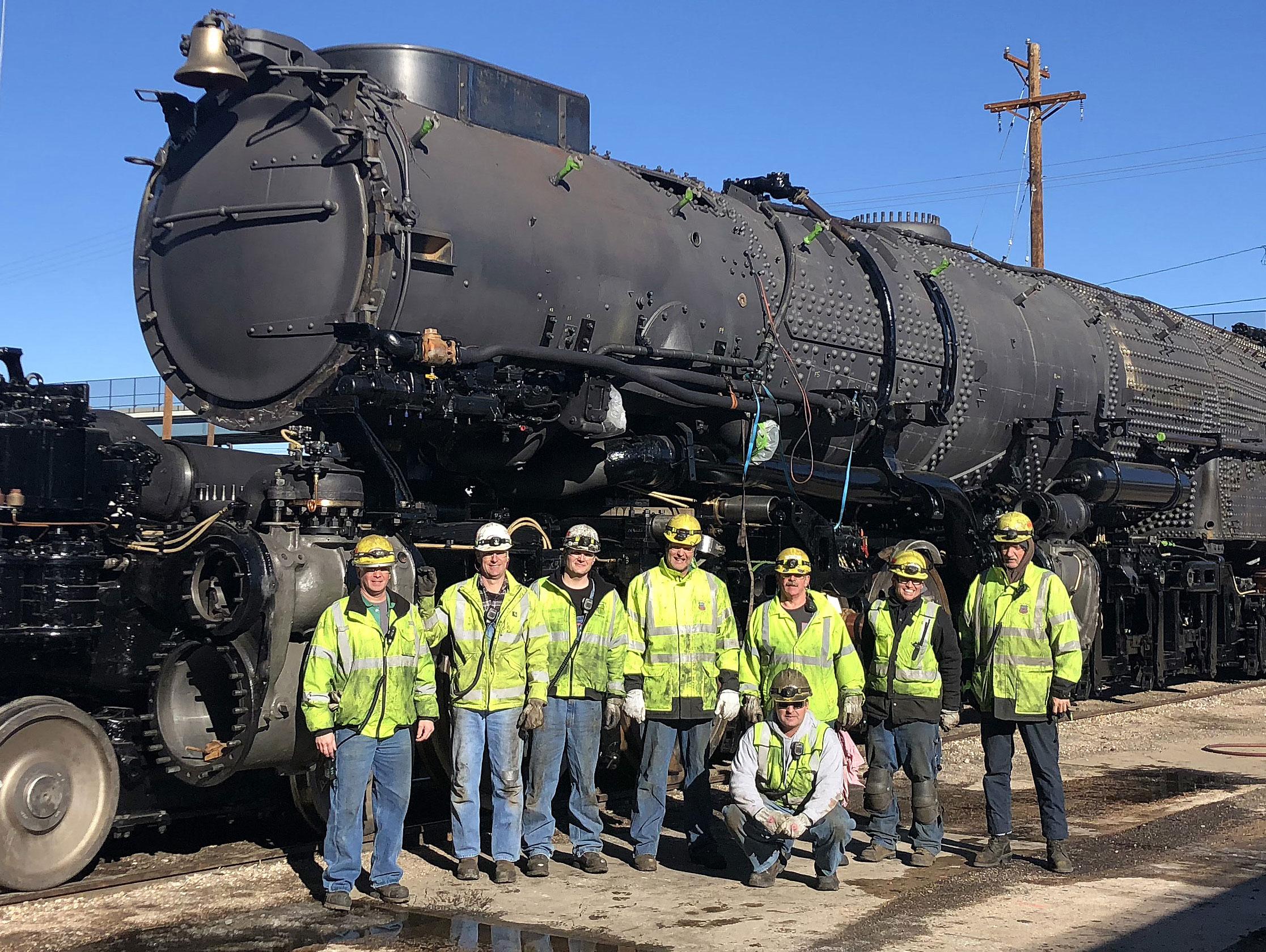 Union Pacific steam locomotive No. 4014, the Big Boy, is in one piece again nearly two years after the behemoth was disassembled to begin its restoration.

The Union Pacific Steam Team recently hoisted the Big Boy’s more than 250-ton boiler and rear engine into the air with two massive cranes and reconnected it to its front engine. Getting to that connection moment was a complicated endeavor.

Articulated steam locomotives have two sets of drivers – or complete engine units – with eight wheel sets total. The front set of driving wheels, referred to as the front engine, can move independently from the locomotive's permanently attached boiler and rear engine. This allows the locomotive to better negotiate curves.

Big Boys are referred to as simple articulated locomotives because the live steam is used only once before it’s exhausted out the stack. This type of locomotive creates a very characteristic sound because the two engines work independently from each other and exhaust steam independently, creating a unique “chuff” cadence.

High pressure steam powers these massive wheel assemblies via a complex network of large pipes connected by huge moveable ball joints. The joints connect the front engine’s throttle and superheater header. The header is the large manifold – or casting arrangement – that connects the Big Boy’s network of small pipes, called super heaters, to the front engine’s steam chest. The Steam Team had to meticulously restore and reassemble these parts before the reconnection project could begin.

Steam Update: The Big Boy is Back Together Again

Ed Dickens, head of the Union Pacific Steam Team, describes how the crew reconnected locomotive No. 4014's boiler and rear engine to its front engine.

“This is very heavy work,” said Ed Dickens, head of the Union Pacific Steam Team. “It requires diligent workmanship and close machining tolerances to achieve the results we are delivering. The last time Union Pacific had an articulated locomotive disassembled for this level of repair was in the 1950s.”

The articulation joint is the main attachment point connecting the two engines. Between the front engine and smoke box are two exhaust ball joint castings that together weigh more than a ton.

“We picked up the Big Boy’s front engine with heavy side boom cranes and a large cable sling – a heavy steel cable connected to the two cranes – underneath the smoke box, just like they would have done decades ago,” Dickens said. “We hoisted the boiler and rear engine up, and carefully connected the two back together. We then lowered it down very incrementally until all the heavy components fit together.”

“It was a very exciting moment,” Dickens said. “We just looked at it all together and posed for a group photo before getting back to work. We’re making very rapid progress, and it’s another milestone checked off the list.”

The next huge milestone in No. 4014’s restoration is hydrostatic testing the locomotive’s boiler. The hydrostatic inspection uses warm water under hydraulic pressure to test the entire boiler structure.

Dickens said the project is on schedule, and coming together nicely, but the team isn’t relaxing yet.

“We have a lot of work ahead of us, but most of the heavy-duty work is done,” he said. “It’s just a matter of meticulous welding, and a lot of little things we have to do. As we enter the testing and adjustment phases of this project, the tests are confirming the solid conditions of our workmanship.”

Keep up with all things steam by joining the Union Pacific Steam Club. Steam Club members are notified about all steam-related news, including No. 4014’s progress, steam excursion information and more. Go to http://up.com/SteamClub to sign up today. 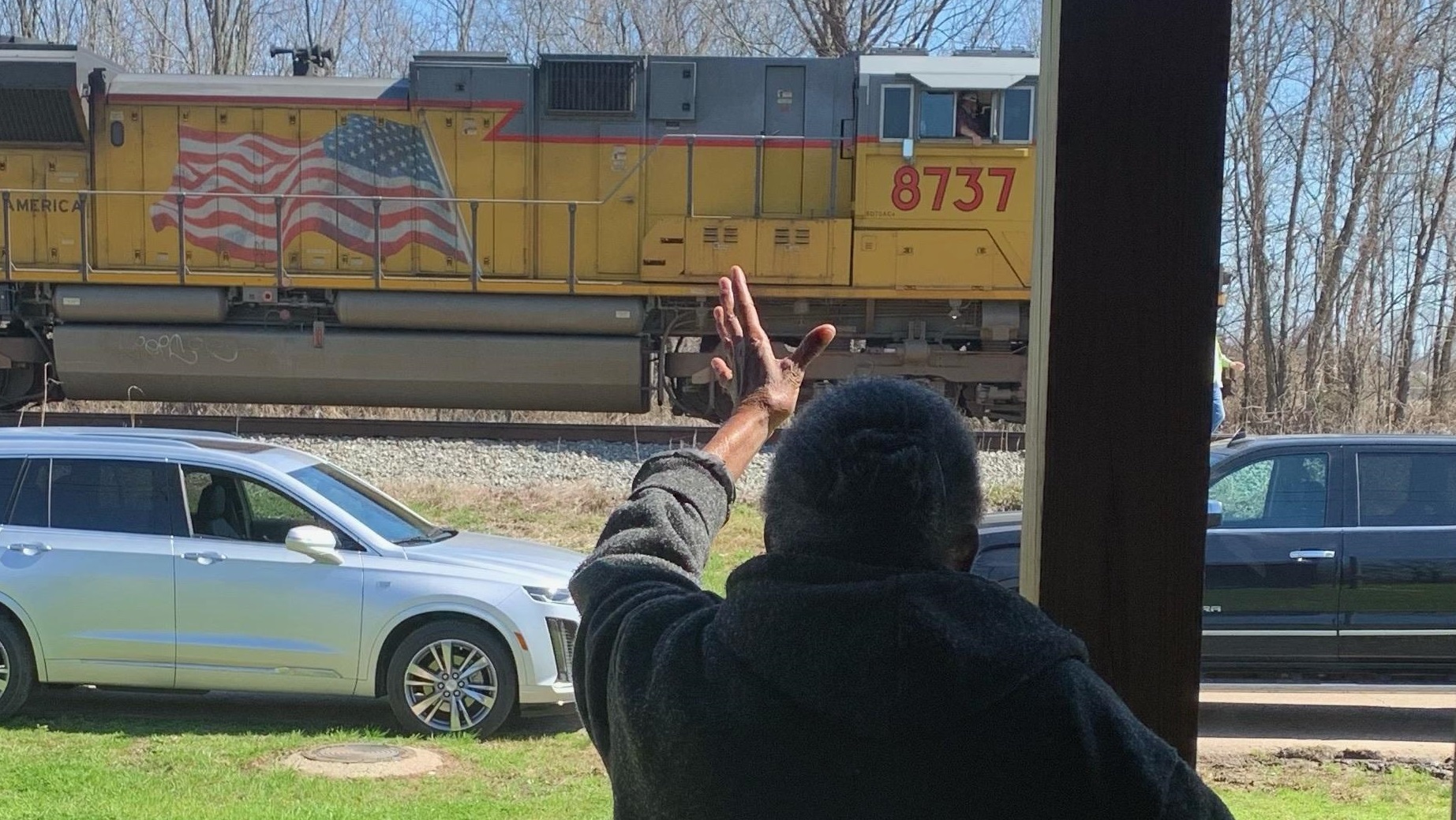 Two Union Pacific employees stationed out of North Little Rock, Arkansas, have gone above and beyond in their community to support a woman who brightens the days of local train crews. 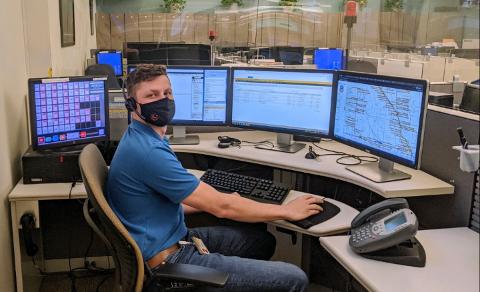 When there’s an emergency and you pick up the phone to report, you always hope there’s a hero on the other line who knows the next step. At Union Pacific, those heroes are the Response Management Communications Center's critical call dispatchers who are ready to respond to emergencies 24/7.