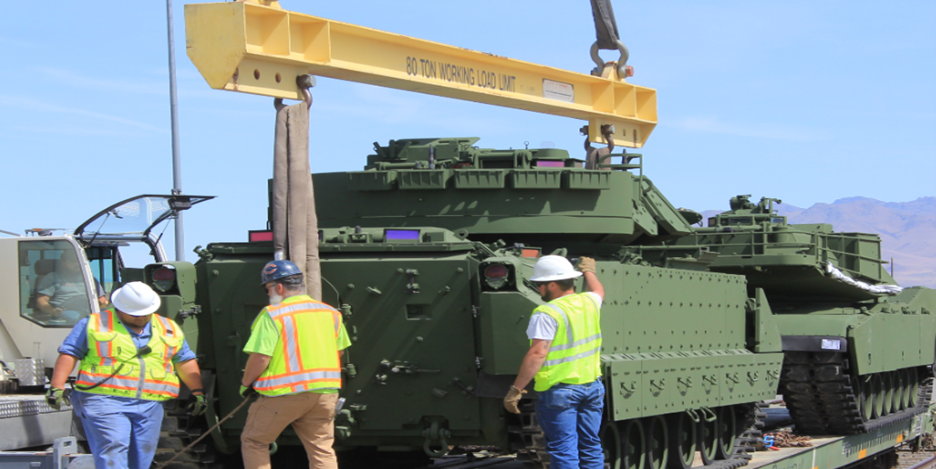 Since its founding more than 160 years ago, Union Pacific has maintained a strong relationship with the military, transporting troops, machinery and supplies cross-country in support of nationwide missions – and 2022 was no exception.

In the past year, Union Pacific and Loup Logistics military support personnel succeeded in every mission, whether moving relic tanks from California to display at the U.S. Army’s Redstone Arsenal in Alabama, shipping time-sensitive ammunition to the ports or deploying an entire unit overseas.

“Things accelerated coming out of COVID-19, and combined with a dynamic global environment, our team really rose to the challenge,” said Tim Naprstek, manager, Marketing and Sales. “Along with the countless UP field personnel who made these moves successful, the following team members deserve a special callout: Louie Connaghan, manager-Bulk Operations; Billy Holcomb, consultant-Operations, Loup Logistics; and Jason Niemann, senior consultant-Customer Equipment, all have a special expertise and have given 24/7 efforts to support our country.”

Union Pacific’s appreciation for the U.S. Armed Forces runs deep – the railroad employed more than 6,000 veterans in 2021, making up 19% of the company’s workforce.

Learn more about the railroad’s longstanding partnership with the U.S. military by visiting the Union Pacific Museum’s ‘Wheels of War’ traveling exhibit.

After UP shipment, relic tanks are on display at the U.S. Army’s Redstone Arsenal in Madison County, Alabama. Redstone Arsenal hosts a variety of tenant commands, including the FBI and the Marshall Space Flight Center operated by NASA, and is known for rocket and space projects.