Safety is Union Pacific's No. 1 priority. We are always looking for ways to innovate, refine and advance our safety procedures. Track inspections and rail monitoring technology keep our communities safe – mile by mile. 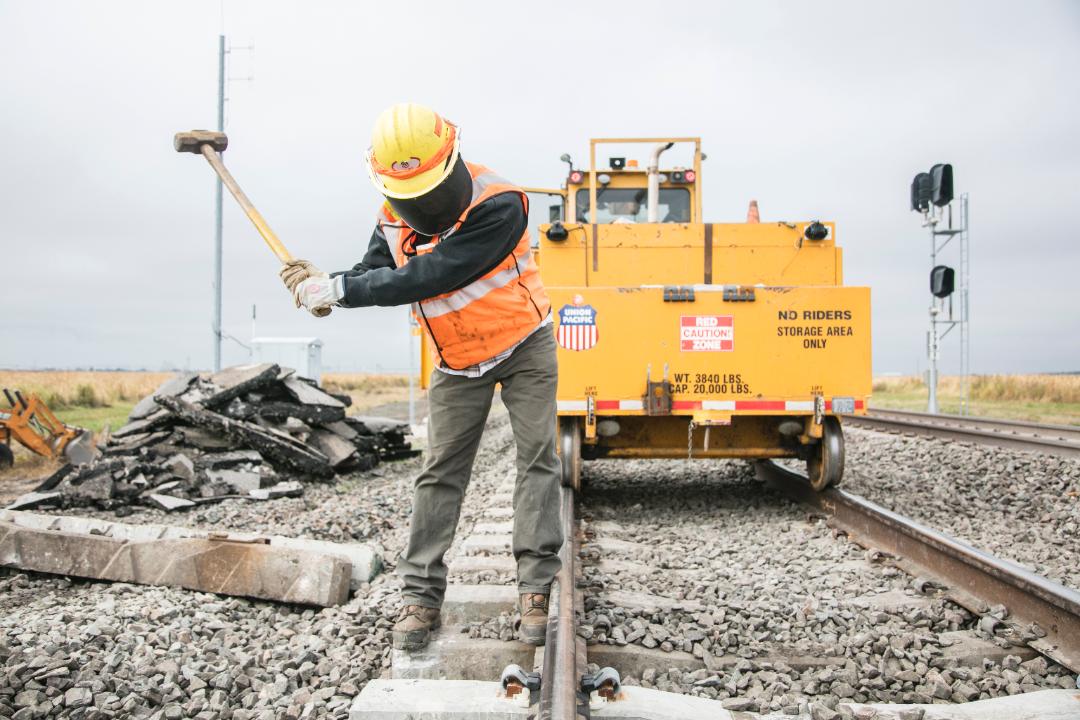 A Maintenance of Way employee works on a ballast and tie restoration project in Columbus, Nebraska.

Union Pacific trains traverse 32,000 miles of mainline track across the western two-thirds of the country, delivering the goods Americans use daily. Inspecting track is an enormous undertaking – one the railroad takes seriously. Union Pacific owns and maintains its track. While a minimum number of inspections are required annually by the Federal Railroad Administration (FRA), the company determines frequency based on the following factors:

Union Pacific was required to perform ultrasonic rail tests on roughly 40,000 miles of track in 2016, meaning some sections of our 32,000-mile network had to be tested more than once. The company exceeded this requirement, testing 140,000 miles.

No part of our system is left unchecked. In addition to enhanced measures for curved track inspection, Union Pacific’s team inspects switches, a mechanism allowing trains to be guided from one track to another, and railroad ties, which hold the rail in place. Additionally, joints, where two segments of rail meet, grade crossings, bridges and rail crossings where two railroad tracks cross each other are inspected every 30 days ensuring their integrity. 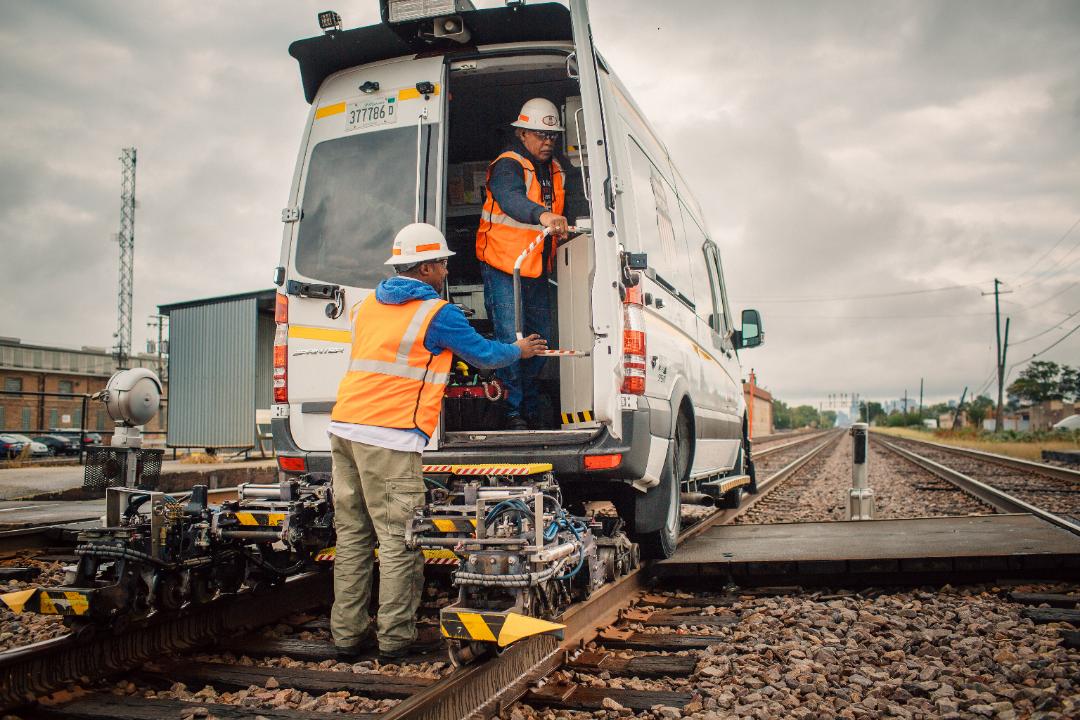 Most inspections are visual. An inspector walks or drives a hy-rail truck down the rails, stopping regularly to measure the gauge, or distance between the rails, as well as examine track conditions. Union Pacific also uses special high-tech equipment and inspection vehicles to look for internal defects not detectable by the human eye.

Union Pacific is making considerable safety improvements, reducing reportable derailments across the network by 40 percent from 2000 to 2016. The company continues exploring new processes and innovations to further reduce that number, with a goal of achieving an incident-free environment.

Who is Responsible for Inspections?

Our team of roughly 400 track inspectors is dedicated to ensuring the railroad is safe and reliable – every day. Each inspector undergoes rigorous classroom and hands-on training before taking a test to earn their FRA Part 213 certification. Although the certification is granted for life, our inspectors are evaluated monthly and receive continuous training.

Just like any major league lineup, Union Pacific inspectors have a playbook detailing which section of track to inspect and how often. The schedule can and does change due to extreme weather events, such as snow, torrential rain, tornadoes, excessive heat and earthquakes, and when a potential concern is reported.

There are circumstances in which special inspections are conducted, such as when train crews inform dispatchers of a "rough track" or community members who observe abnormalities, such as sparks from a passing train or an uneven grade crossing. When Union Pacific receives these calls, inspectors are dispatched to inspect the track before the next train passes. Anyone who notices something out of the ordinary should contact Union Pacific’s Response Management Communications Center (RMCC) at 888-877-7267.

Union Pacific is dedicated to making our rails safe, relying on daily inspections and technology to detect and identify potential defects.