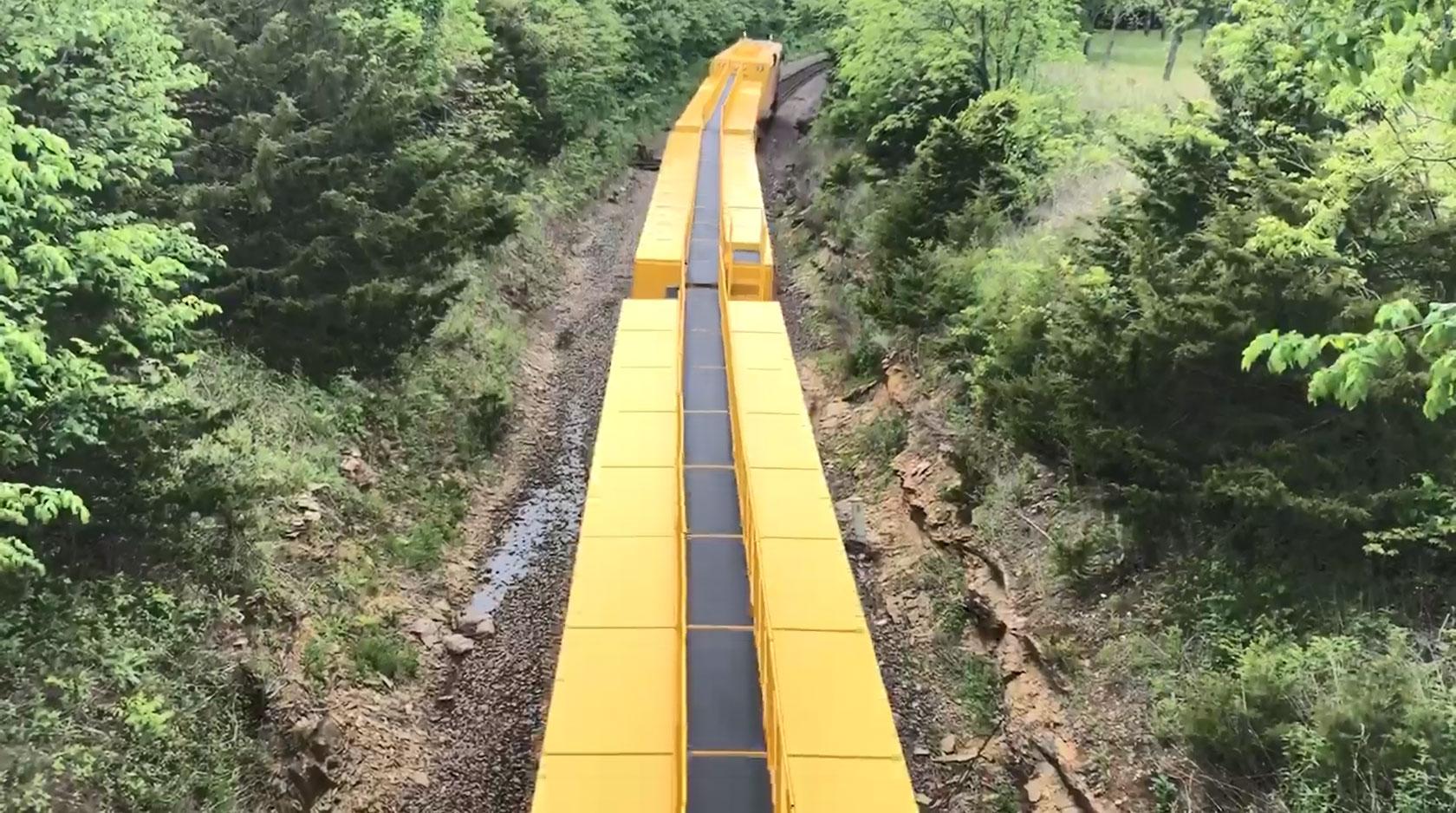 Developed by the railroad’s own employees, the new spraying technology boosts its ability to manage vegetation while translating to more efficiency for Union Pacific’s entire 23-state network.

Developed by the railroad’s own employees, the new spraying technology boosts its ability to manage vegetation while translating to more efficiency for Union Pacific’s entire 23-state network.

Union Pacific's fleet of hyrail trucks previously sprayed vegetation from the rails, typically covering up to 30 miles of track on a productive day. Although the trucks were a valuable tool, spraying from the tracks typically meant the path was off-limits for trains.

“They both can’t occupy the same track, so it can lead to network congestion,” Buelna said.

He and others on the Union Pacific team worked together to devise a solution: rather than using a hyrail truck, the new design features equipment pulling five water cars – and at the tail end, a sprayer car tackling vegetation.

Since Union Pacific started testing the equipment in May 2021, its standard 12-hour shift has covered around 160 track miles a day. The system carries 100,000 gallons of water and consumes 25-60 gallons per mile.

The spray equipment works in tandem with freight operations to keep the supply chain moving.

“It reduces the network impact,” Buelna said. “It's a win-win – there is less network congestion, and we’re more effective with our resources and moving customers’ goods.”

Buelna said it’s rewarding to see the equipment making a difference, and it wouldn't have happened without so many hands pitching in.

“I’ve seen it as my little baby,” he said. “It’s been great to watch it move from the design process to actual execution and implementation. It’s taken buy-in from many other departments, including Supply Chain, Tech, Engineering, Harriman Dispatching Center and Mechanical. It’s a multi-team success.”

Crew quarters will be added to the equipment this July, allowing the service to operate 24/7 and cover around 300 miles a day.